About a month ago, Cooper's preschool sent home forms about enrollment for next year.  We filled them out with amazement, realizing Dorothy will be 2.5 and can go to 2 year-old class.  OH MY GOD.

We immediately started reading D.W.'s Guide to Preschool with her and talking about how she got to go to Cooper's school next year, and she was pretty stoked.  We started having to read that book twice a day at nap and bedtime, and she never wants to leave when we drop Coop off.

Today, we got word that both Cooper and Dorothy have been accepted for 3 mornings a week, and we paid our tuition deposit and OMG!  For 9 hours a week next year from September-June, all 4 of my kids will be at school.  THIS IS AMAZING and also weird.  But mostly amazing.  And then?  The fall after THAT?  75% of my kids will be at the school in our neighborhood.  Trippy. 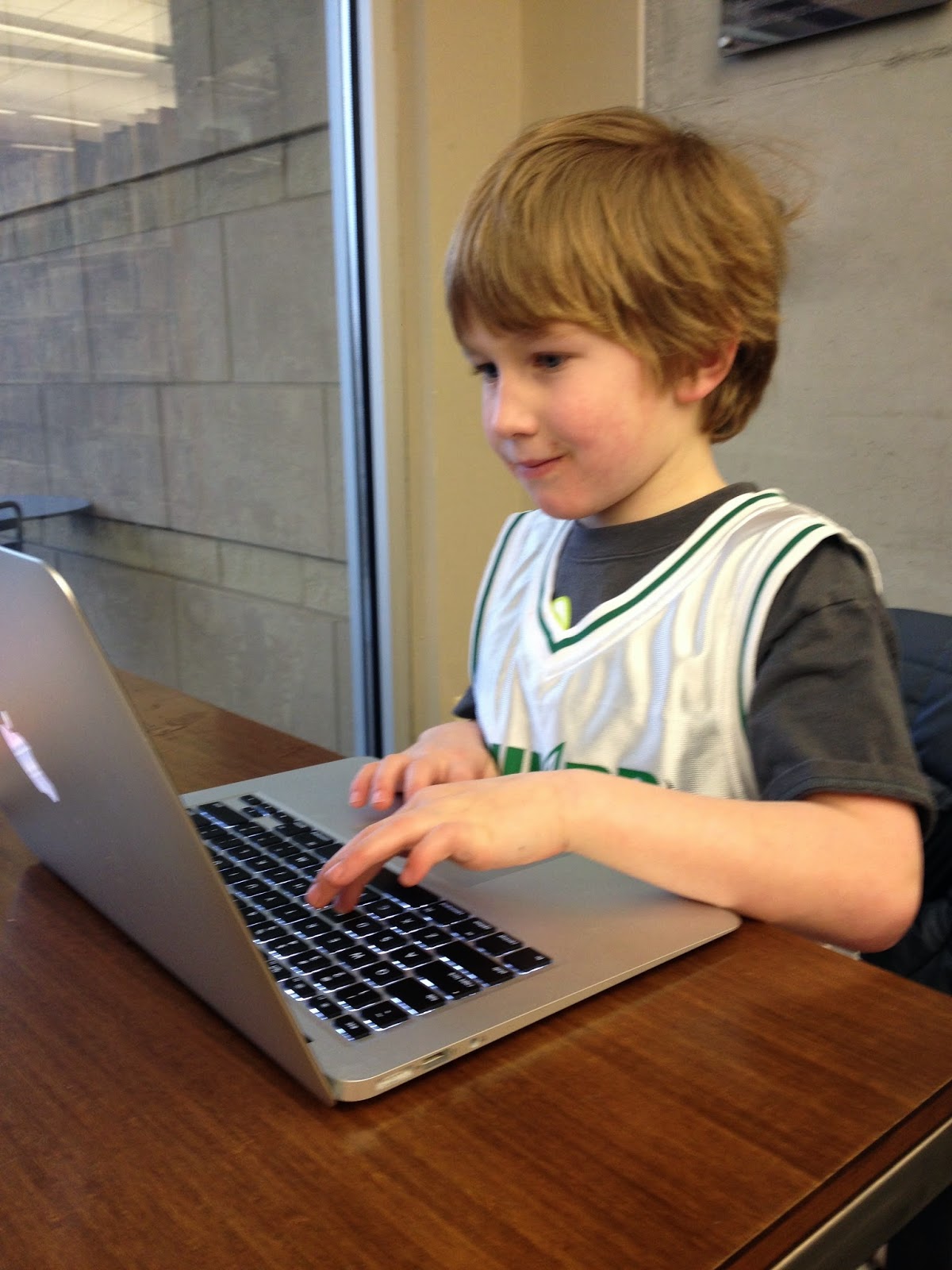 ^^ On Saturday afternoons, the big boys and I go to the library.  H and J have a wonderful education student who does enrichment work with them, and I veg with whoever's turn it isn't.  As you might imagine, Jack is a calmer library date. 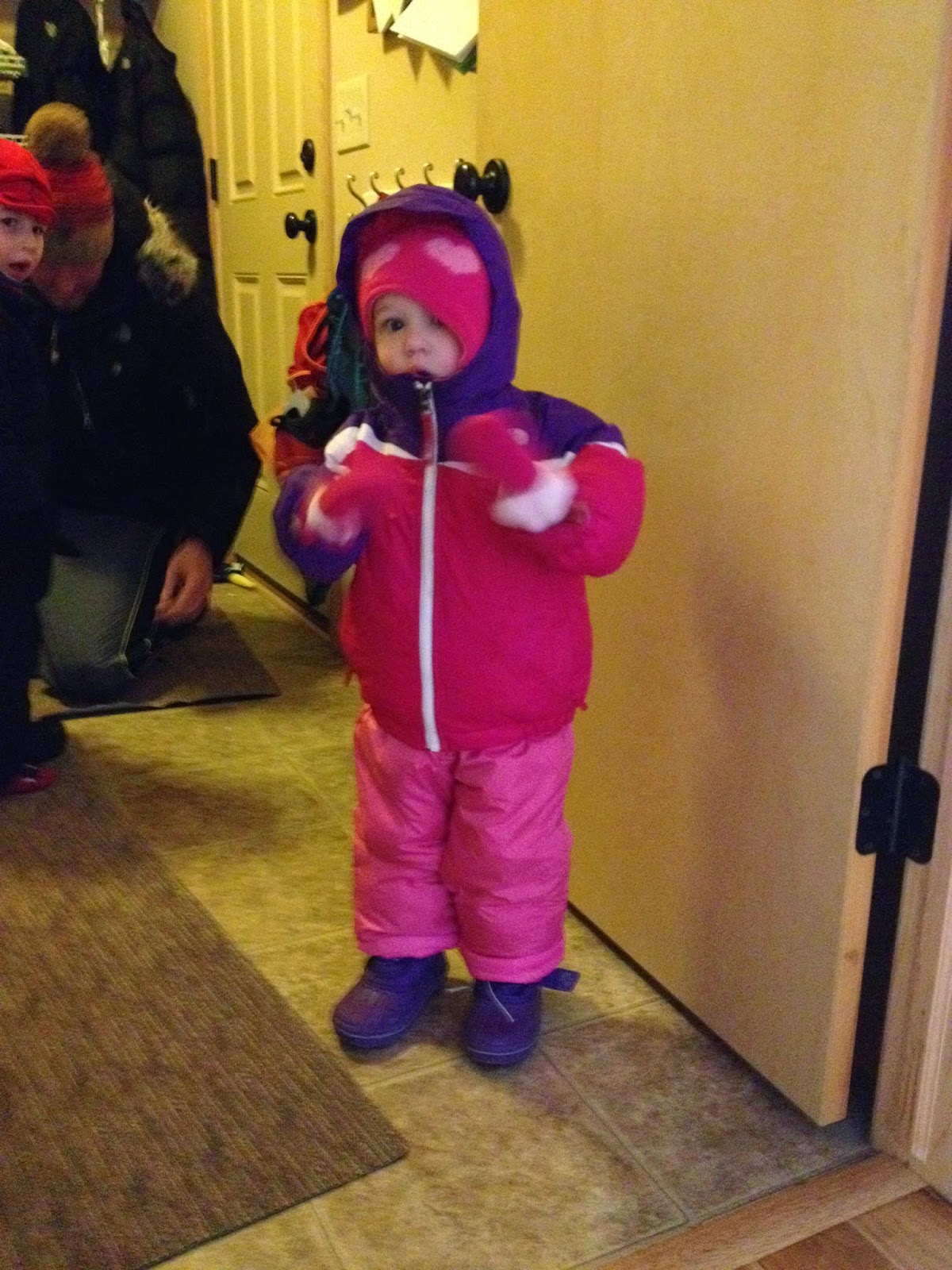 ^^ It was horribly cold and blowy on Sunday, but the children really, really, really wanted to go outside. Ben and I did too because it was the first real snow we have gotten all season, and we had visions of snowmen and sledding.  OF COURSE it took us longer to get bundled up than we actually stayed outside. 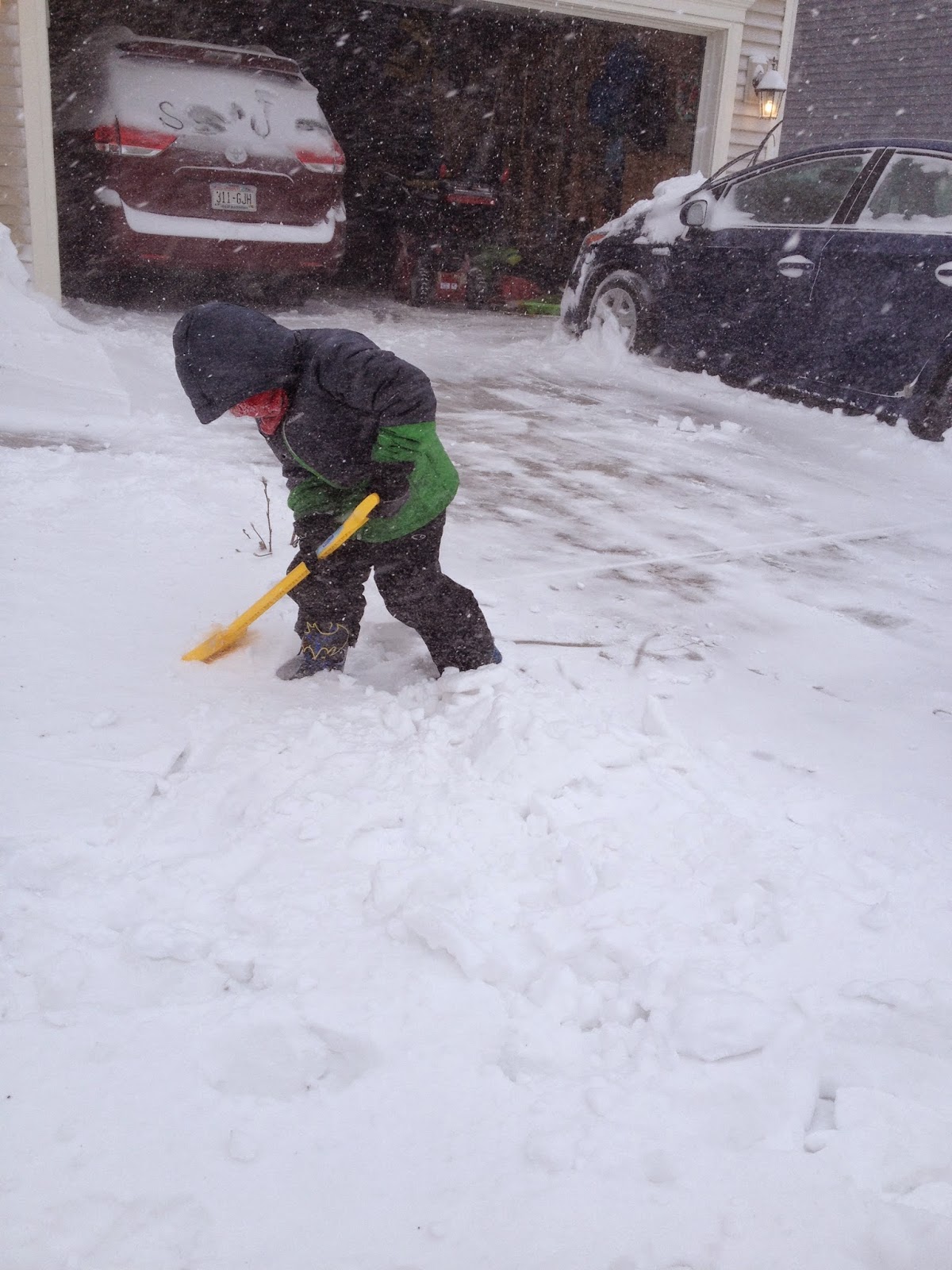 ^^ Cooper was hard at work 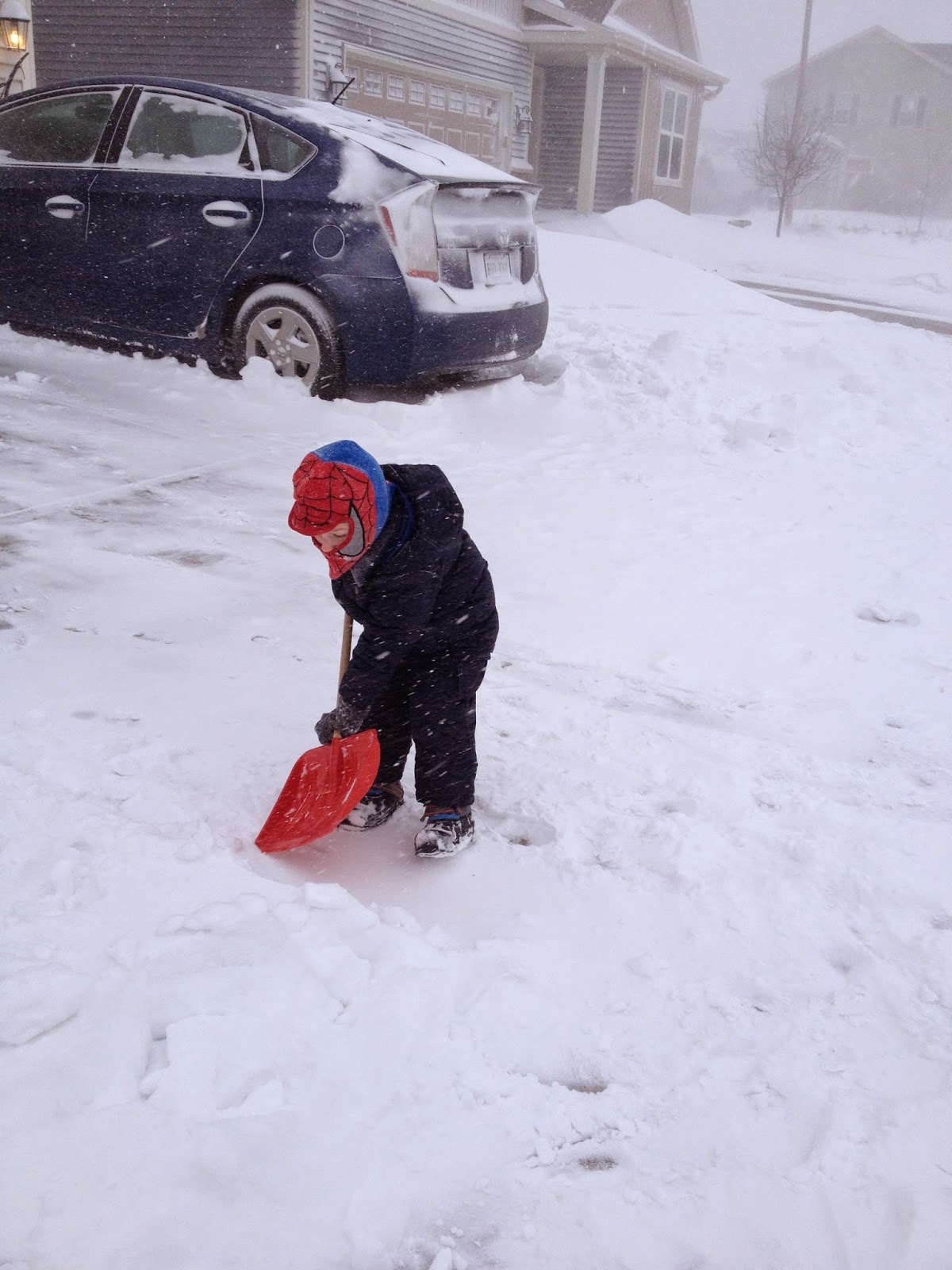 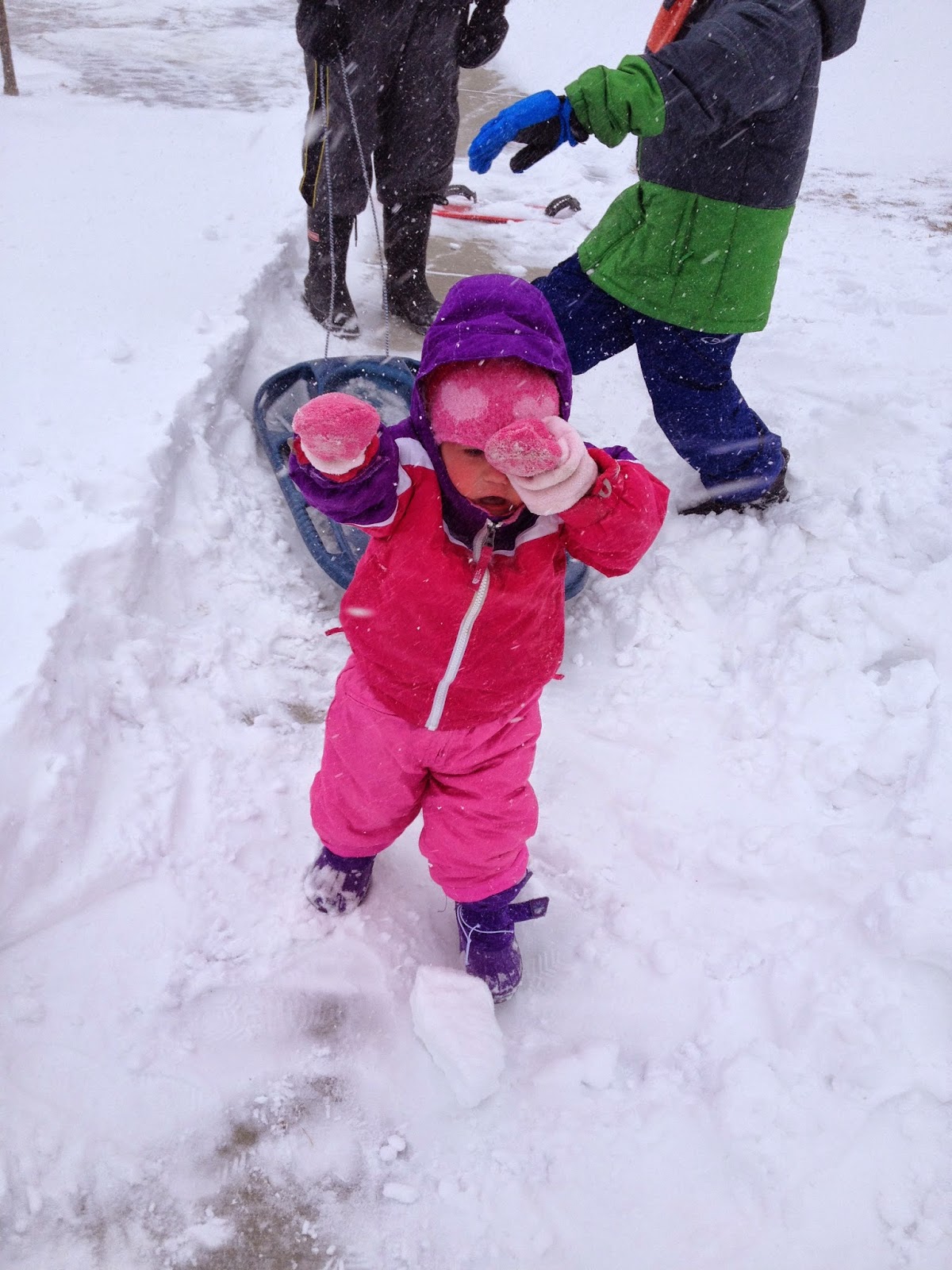 ^^ Dorothy just kept saying INSIDE.  I couldn't blame her.  The snow wouldn't pack, and the wind was BRUTAL. 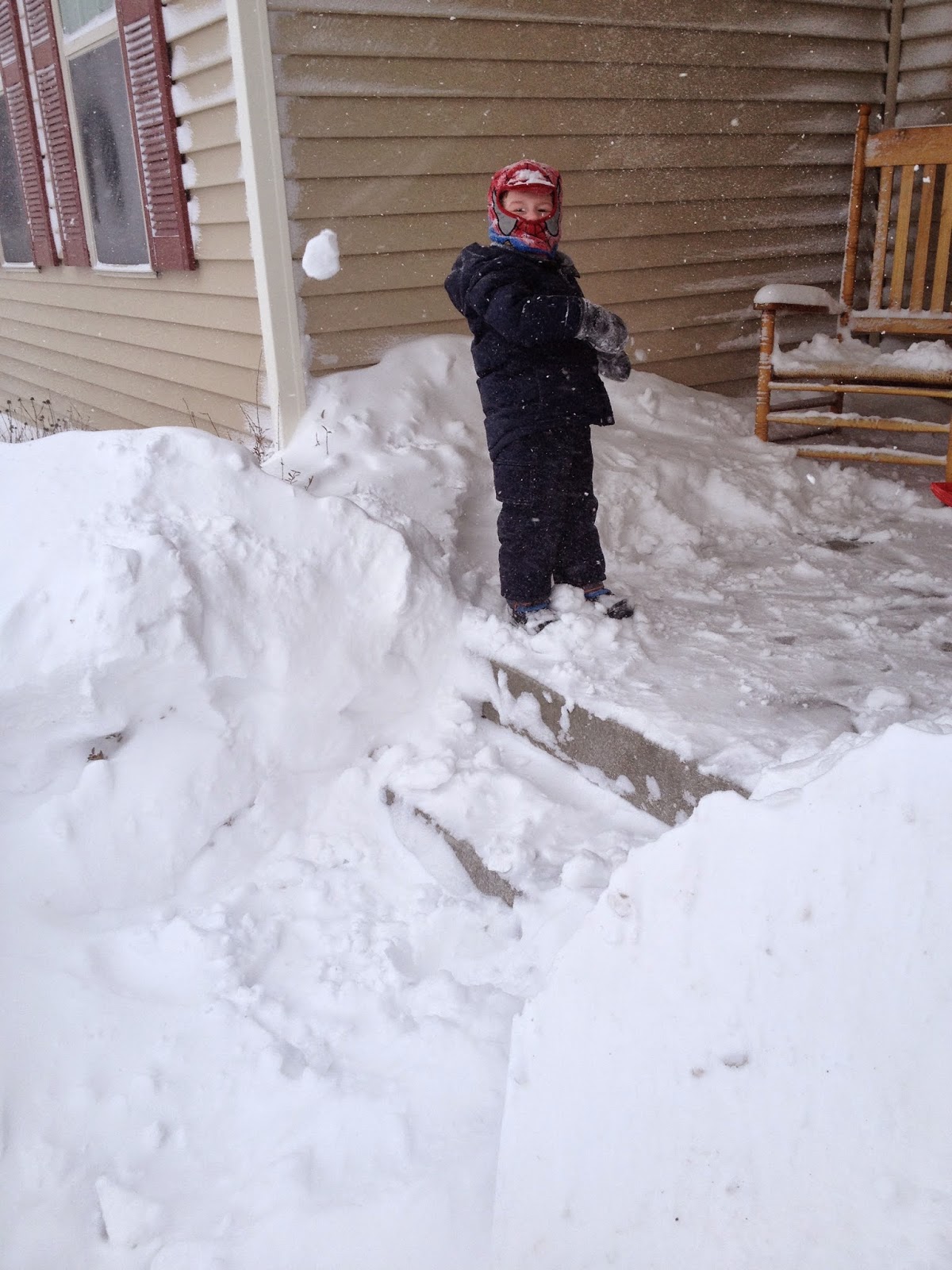 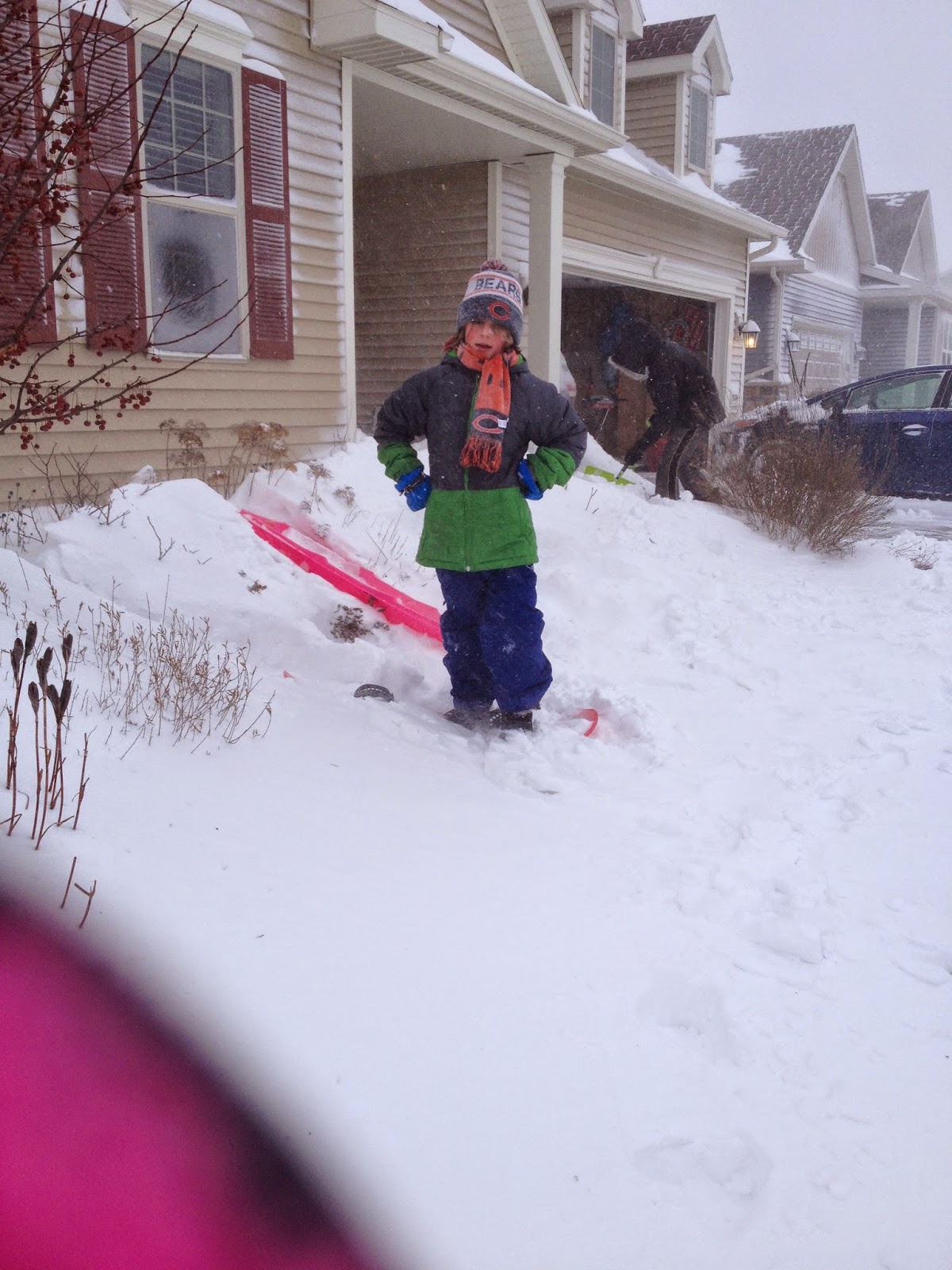 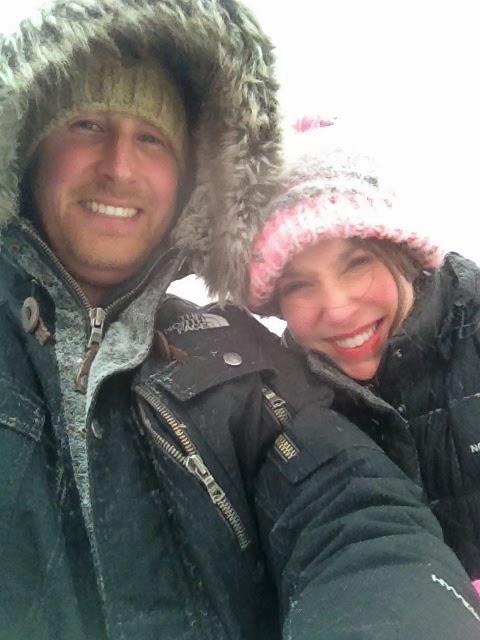 ^^Not smiling.  Grimacing because the wind and blowing snow STUNG 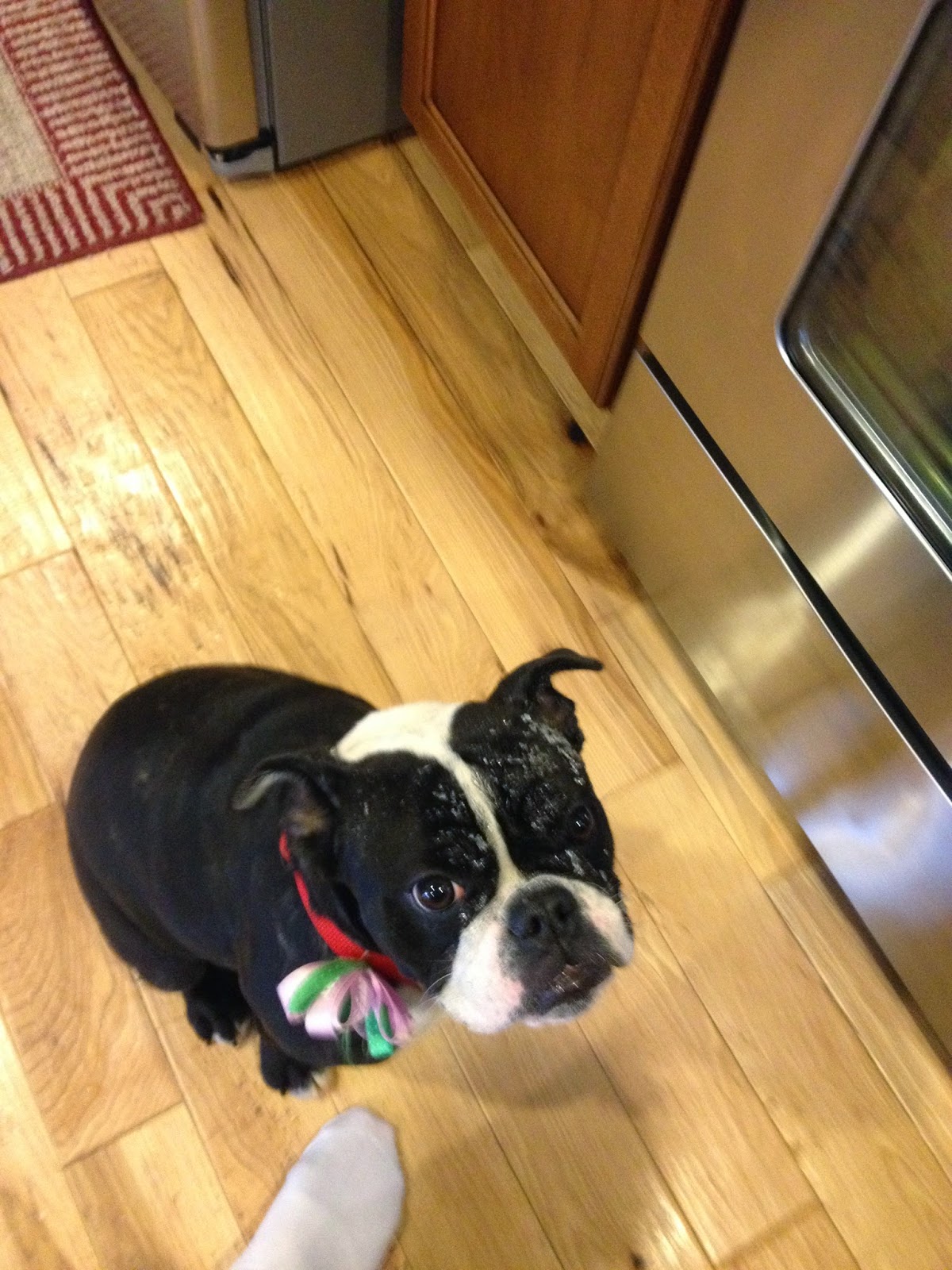 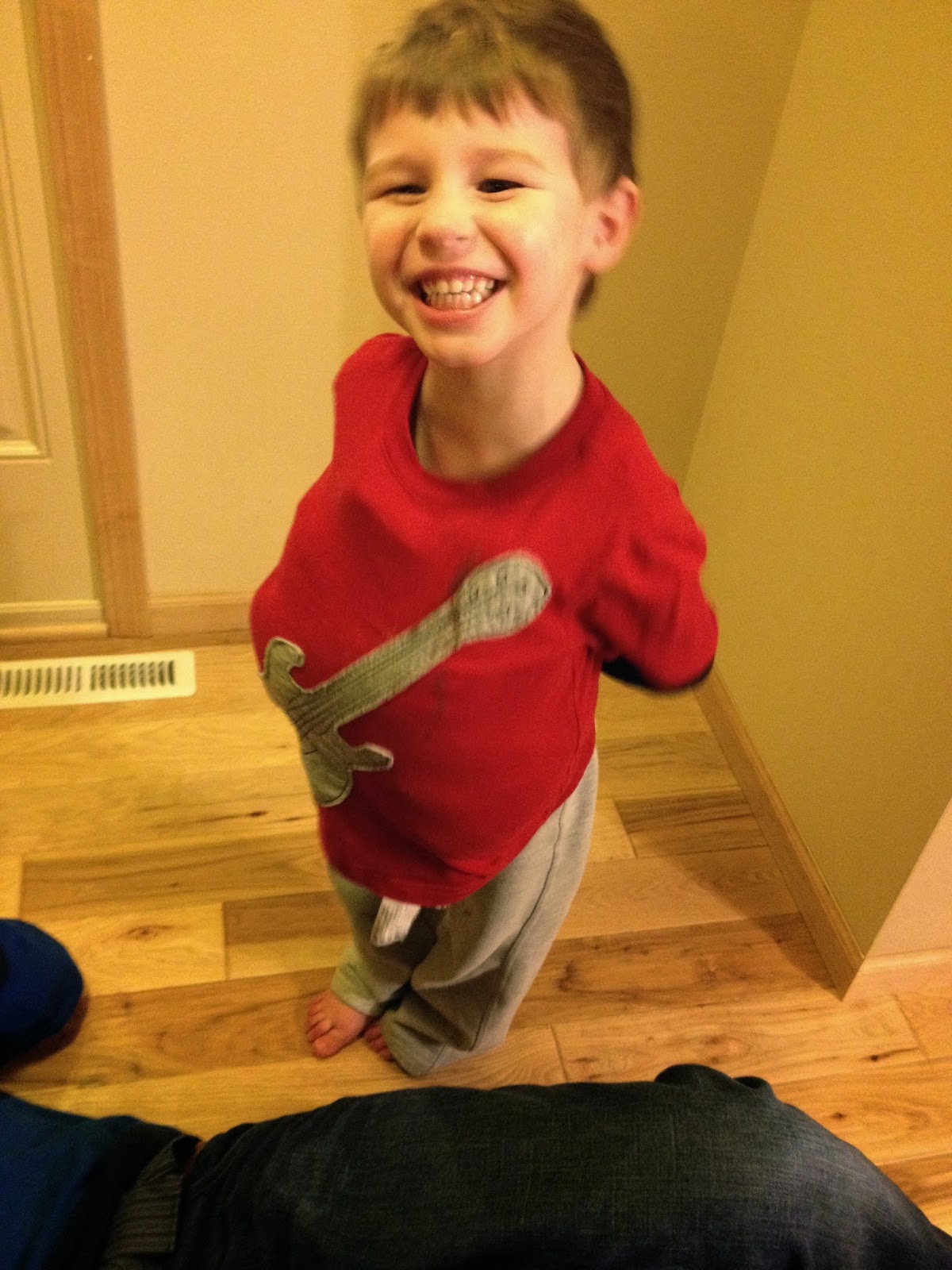 ^^ Cooper;s teacher is pregnant, so he came home from preschool and shoved a stuffed dog up his short ad told us he had a baby in his body.  We (I) made the mistake of telling him that when his teacher has her baby, he'll get a new teacher.  Every day before school (so, um, 2 days a week, but everyday sounds way more dramatic), he asks if his teacher's baby is done-- only he says done like dumb, so I hope he doesn't ask her that, too. 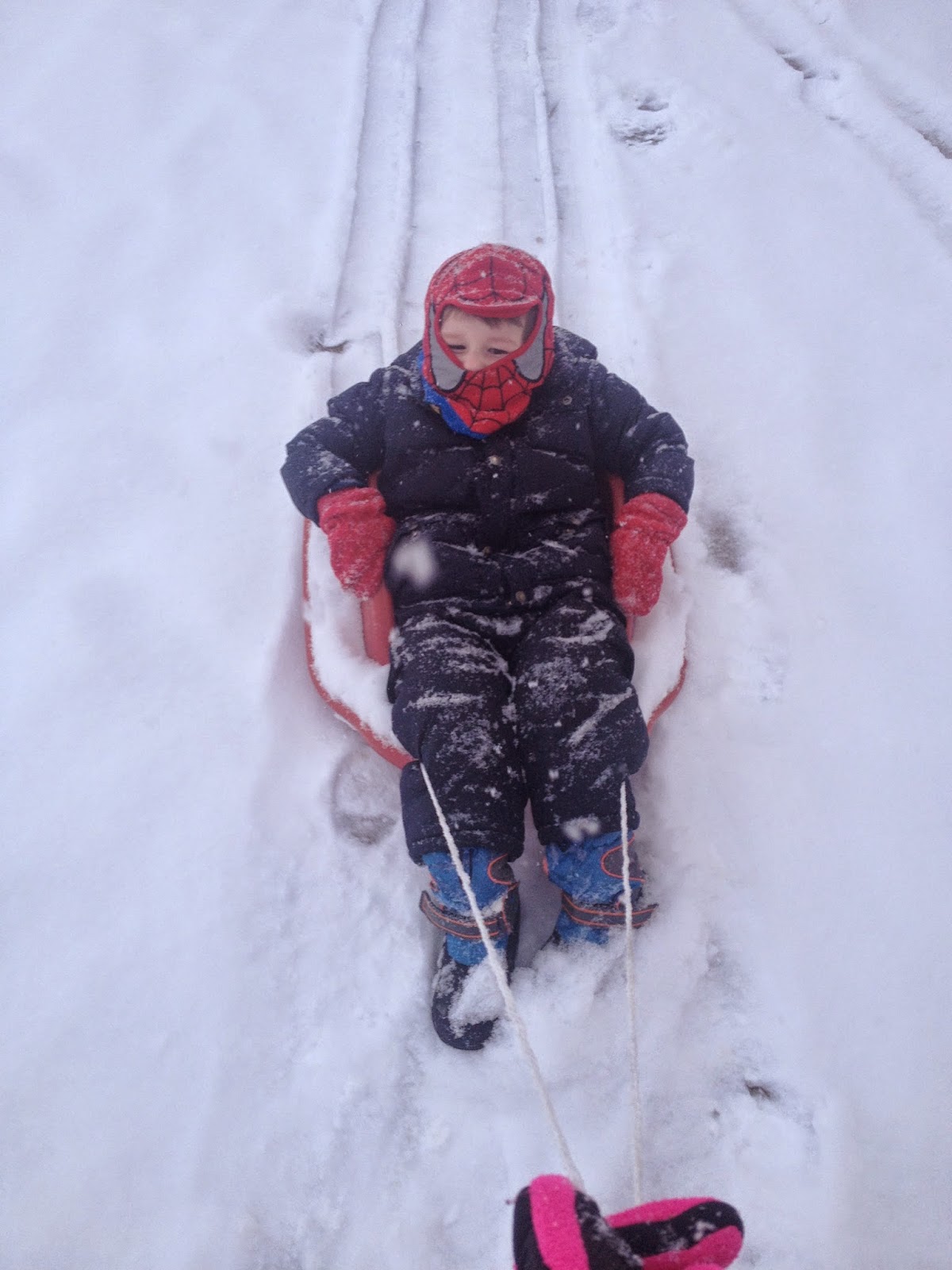 ^^ More snow today but no wind, so we went sledding after school 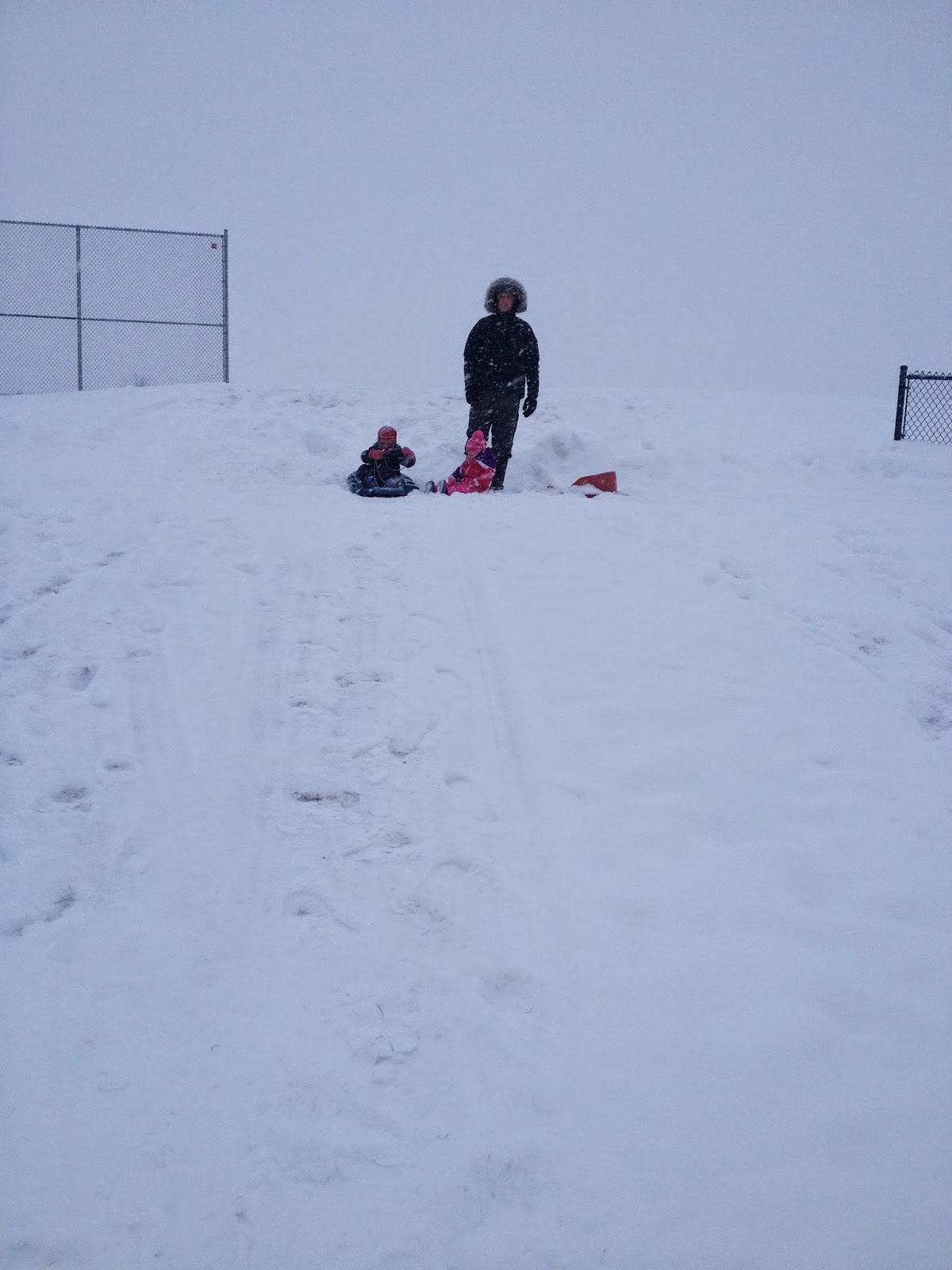 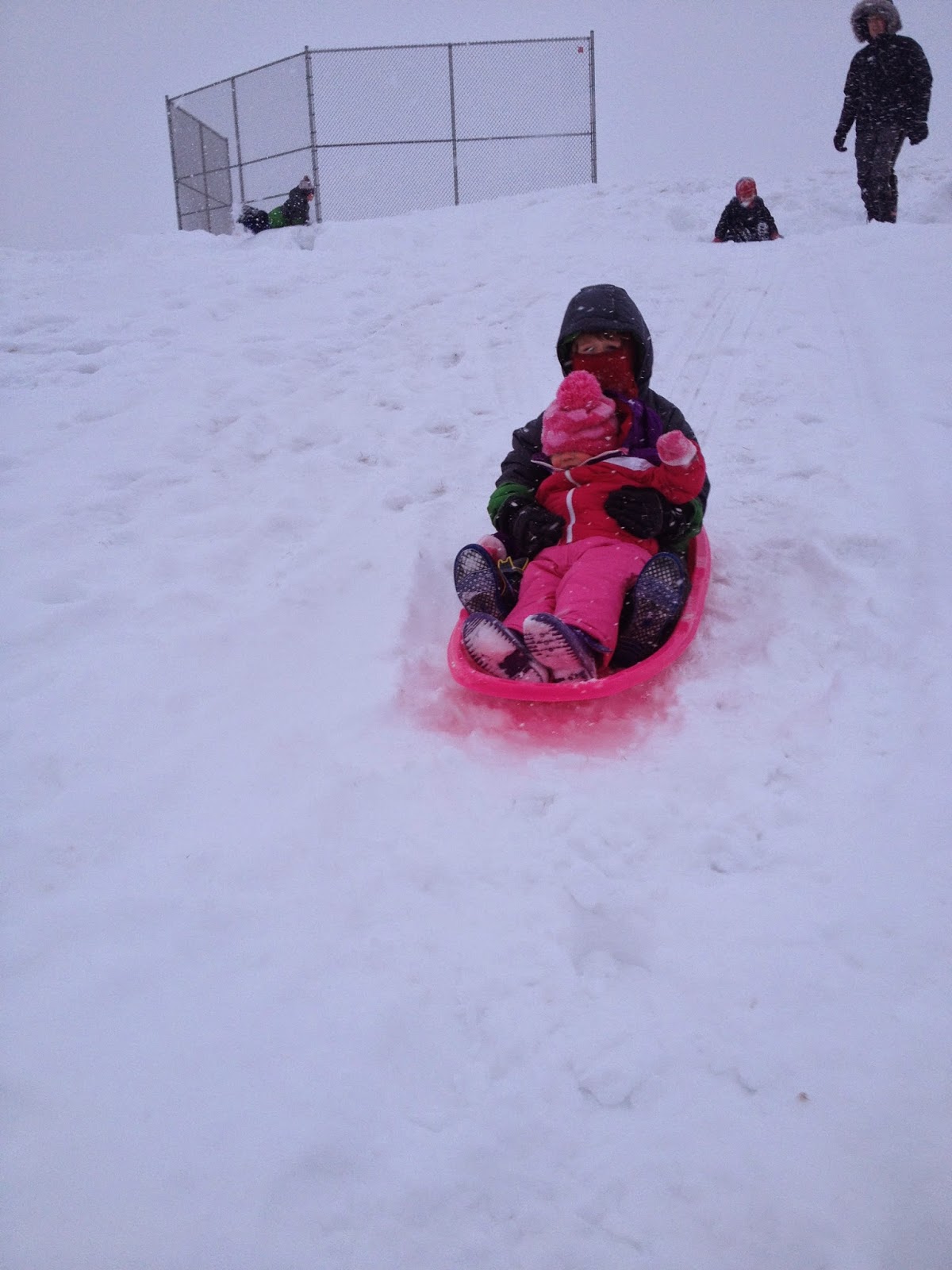 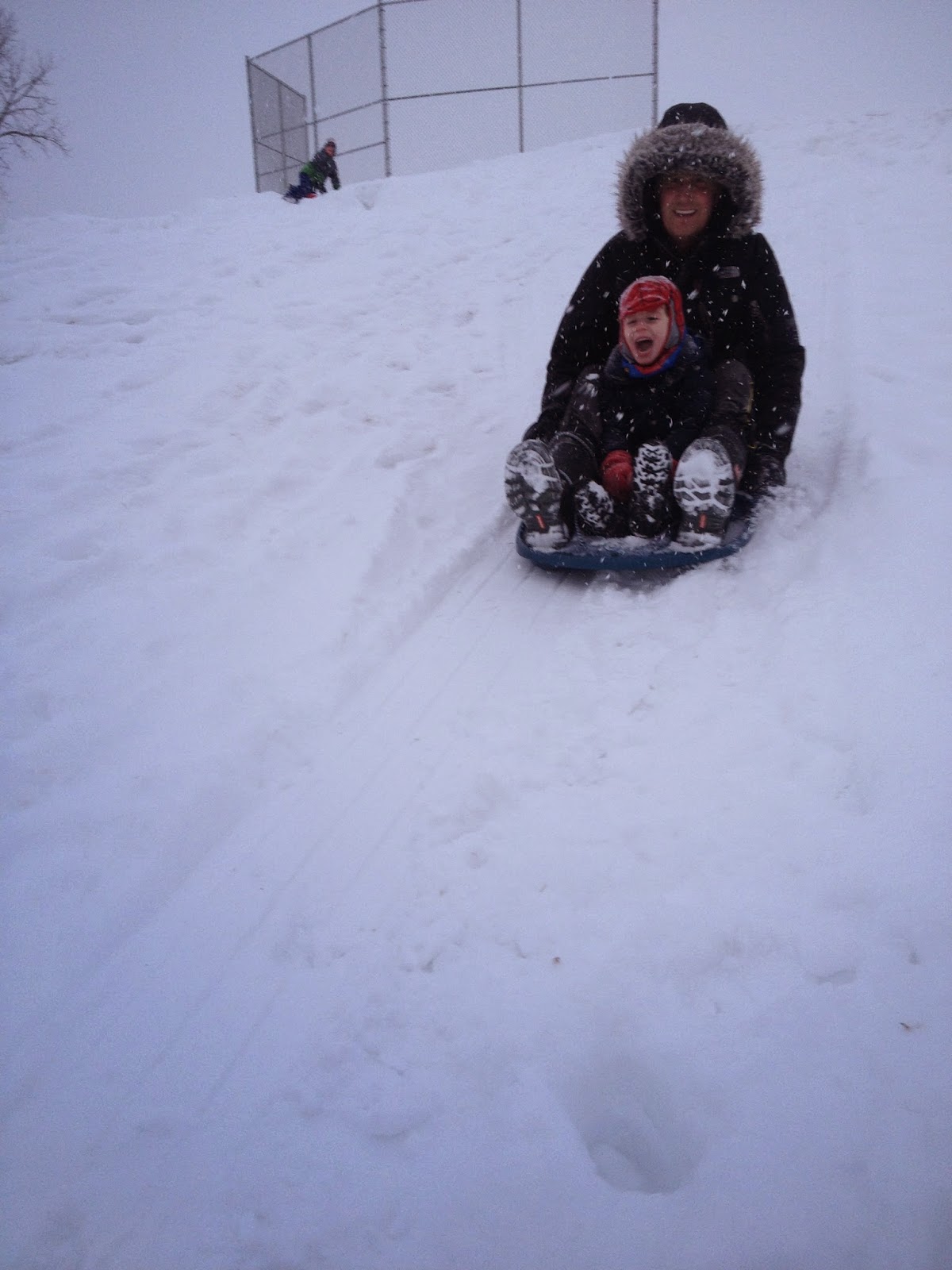 ^^ Cooper stopped bitching about his socks and his mittens and his tight sleeves and bunchy sweater and had fun! 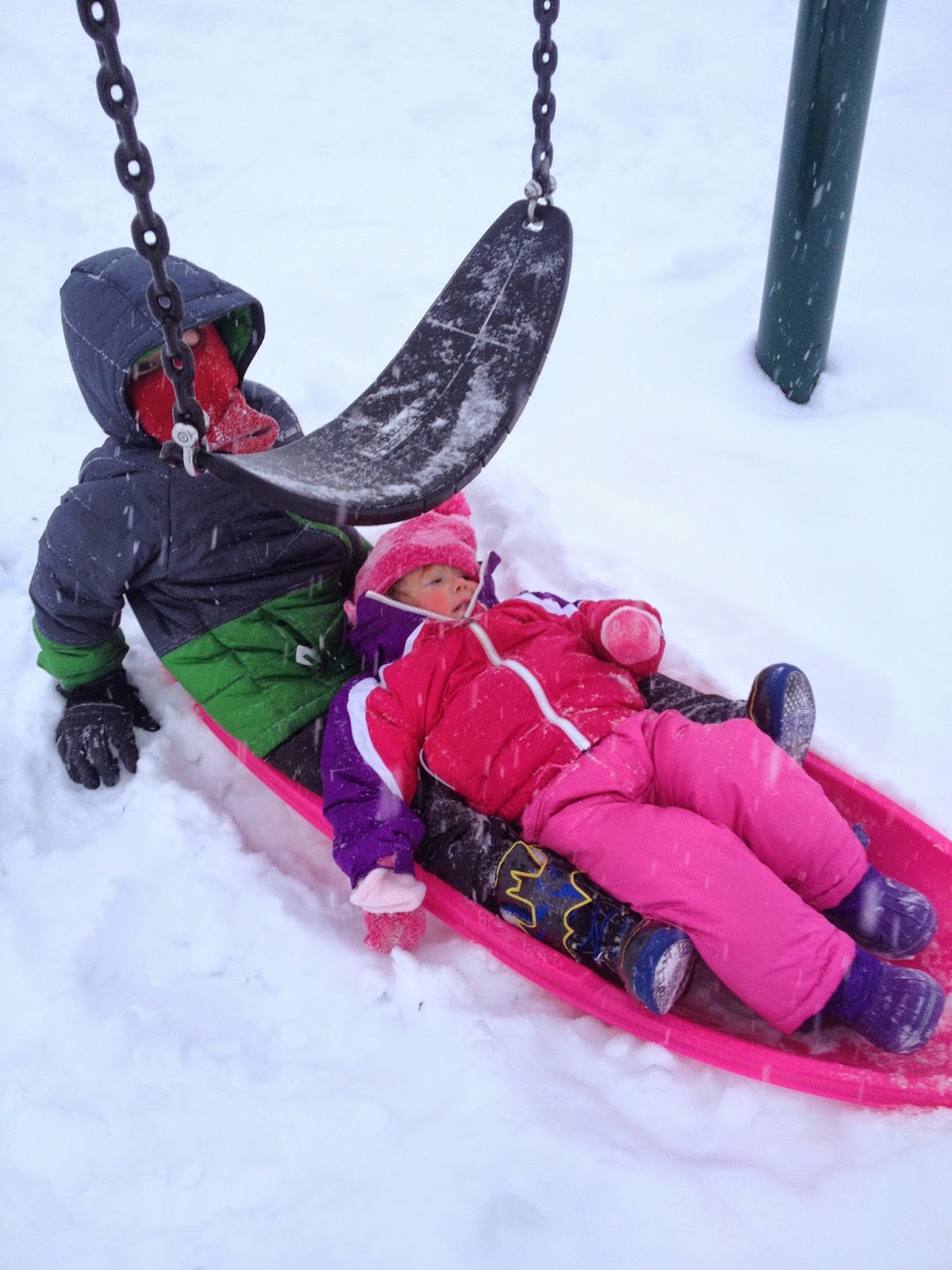 ^^ They were a little stuck 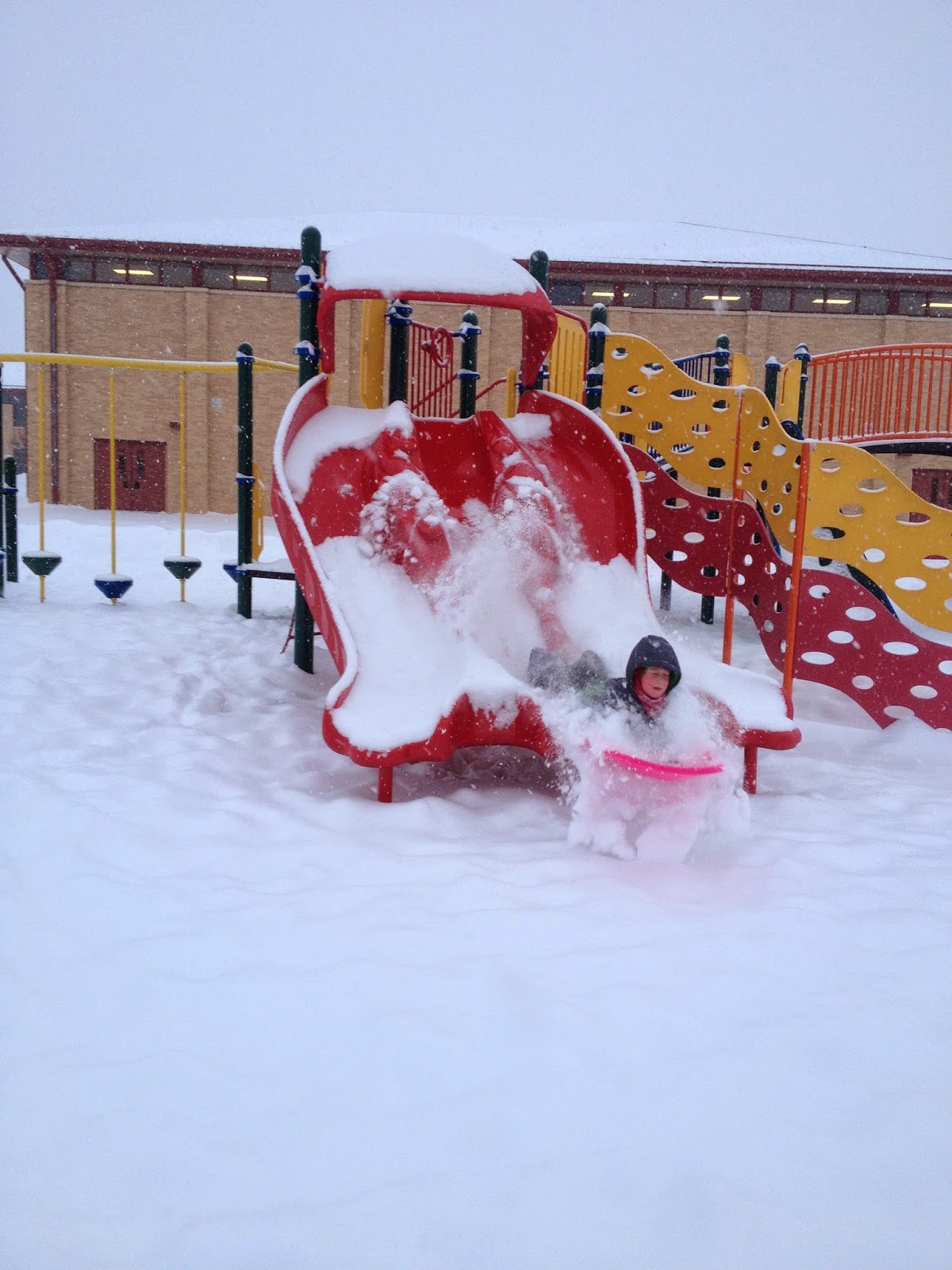 ^^ Oh, Jack.  Not pictured:  Me sliding down the slide with Dorothy on my lap.  Not pictured because the slide was so fast we flew in the air and crashed into Harry, who was supposed to be taking the picture.  Oops. 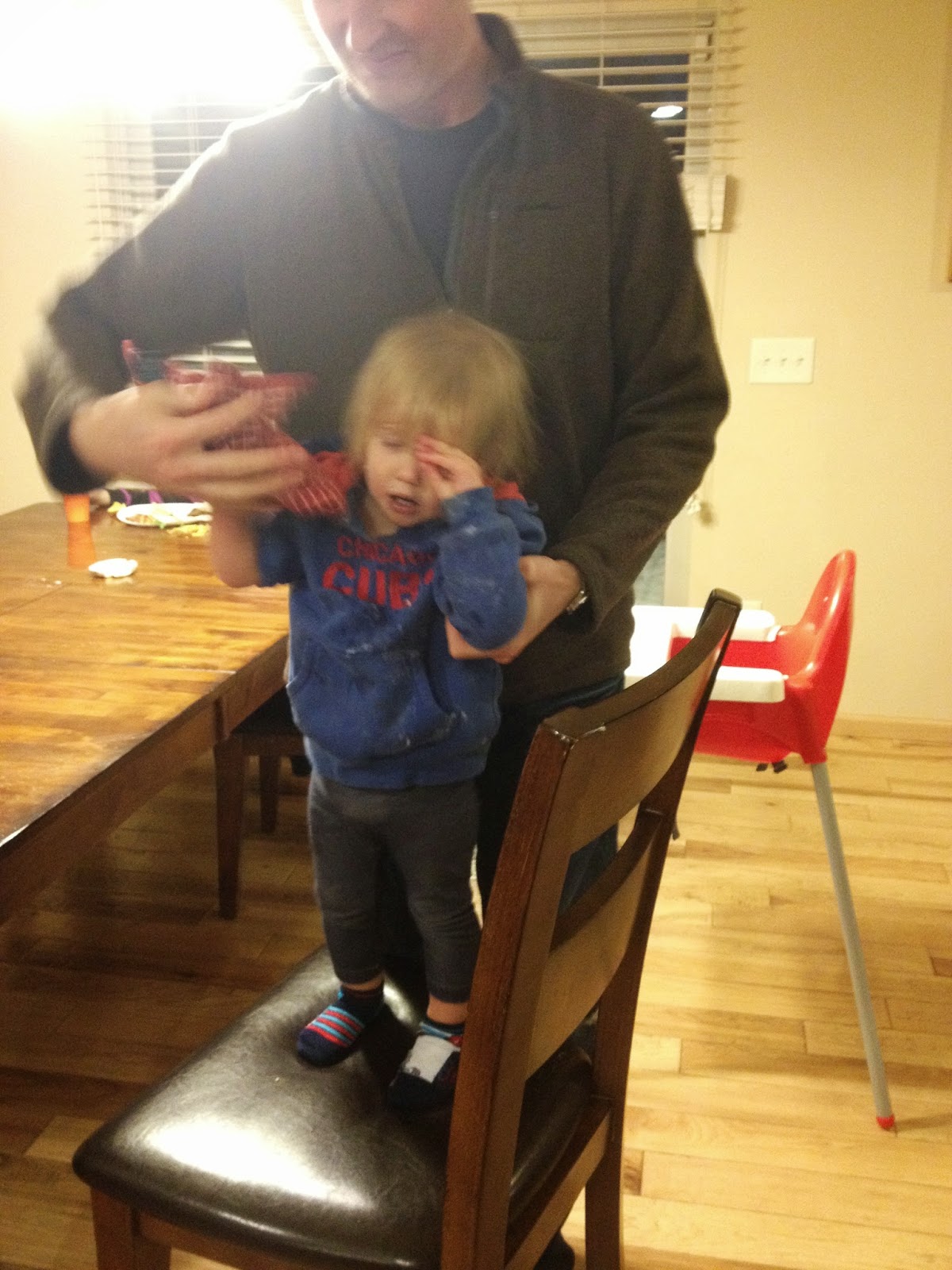 ^^ Rubbing her little eyes because she took NO NAP. She also cried for 30 minutes before falling asleep tonight.  Ear infection?  She's had a fever and a cold the last couple days.  Or maybe she is trying to drive us to drink.  Either way, cheers.
Posted by Sarah at 8:47 PM

You make me miss snow! Though it was 70 here, and I remember MN being much colder in January :)

My best parenting tip- Put the kids in blanket sleepers under the snowsuits. That way there is no opening to allow snow to sneak in around the waist.