It is so cold today that even though I worked from home until the temperature climbed to the single-below-zero-digits and wore my heaviest sweater (which came in my first Stitch Fix and gets worn every other week which is as often as I feel like I can wear something before I wear it too much), I have turned the temperature up to 75 in my office and have not taken off my gloves.

Winter is the worst.

Not the worst?  Special person night at preschool.  Cooper LOVEs preschool, and when the invitation came home for one person to attend an hour-long mock school day with him, I was pretty sure he'd choose me.  After all, he calls me his baby cakes pie.

He did pick me to be his special person, and because I am the room parent for his class, I had to make the snack.  His teacher refused all baked goods or homemade treats, so I dutifully assembled an army of snack bots.  That all fell the hell apart on the way to school, which was dumb.  Then the whole time his class played in the gym, I was taping dumb, dumb dum-dum arms back on and Cooper was saying "Where my mommy?  I want my mommy play me."  AWESOME and TOTALLY MOTY. 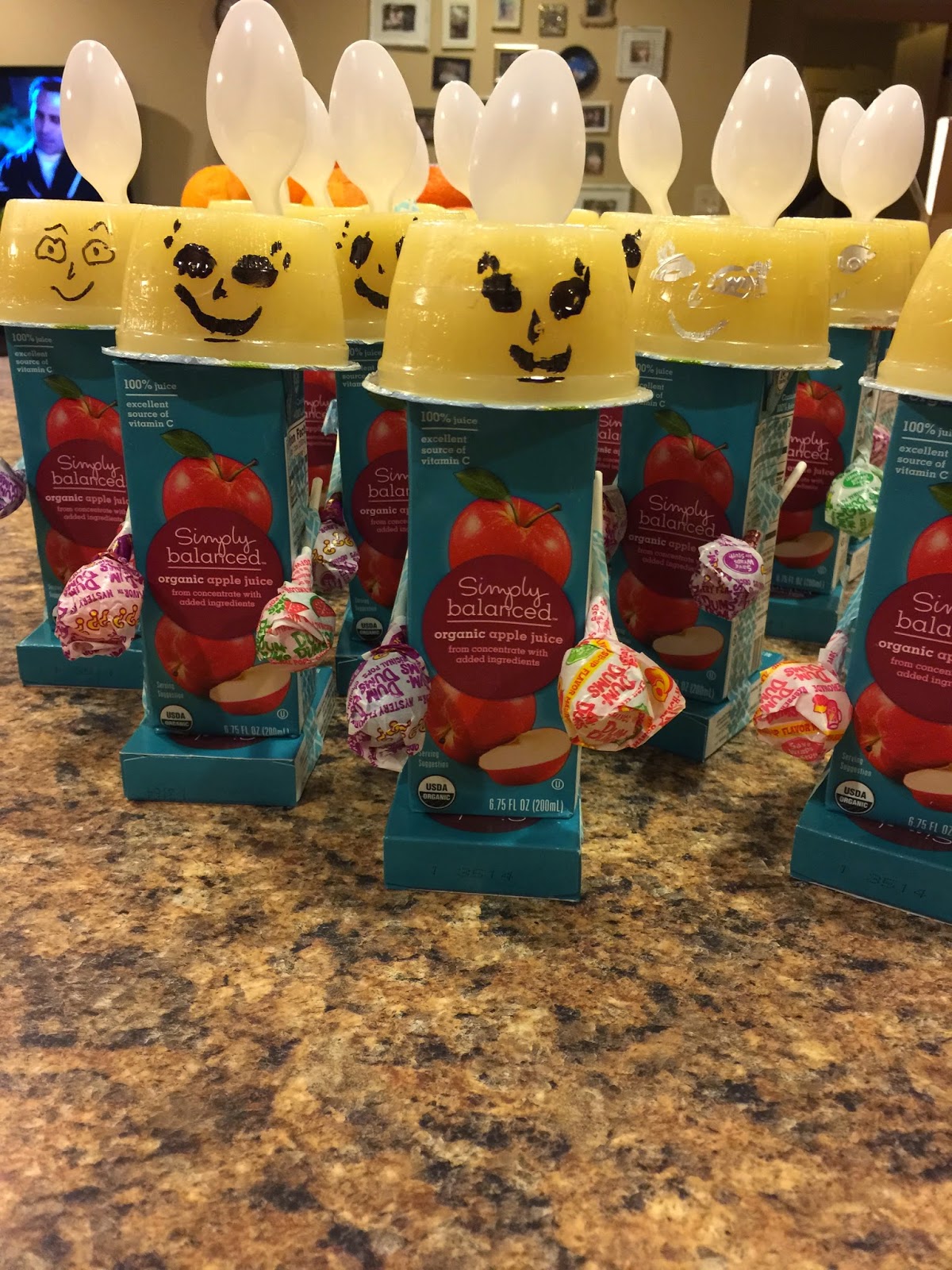 Bonefish Grill and Jason's Deli both opened near our house, and Cooper has been watching the construction for months asking me every time we drove by if we could go there.  Finally, he got his chance when we went out for dinner before Special Person Night.  I assumed he meant Jason's Deli, but oh no.  He perused the menu and told me that place was "yuck" so we went to Bonefish Grill which was a little too nice for Cooper, but luckily it was 4:45, and the place was dead.  I had a pretty delicious shrimp salad, and Ben enjoyed Cooper's popcorn shrimp, fires, and macadamia nut brownies straight from the styrofoam box we brought them home in because Cooper did not eat a fucking bite. 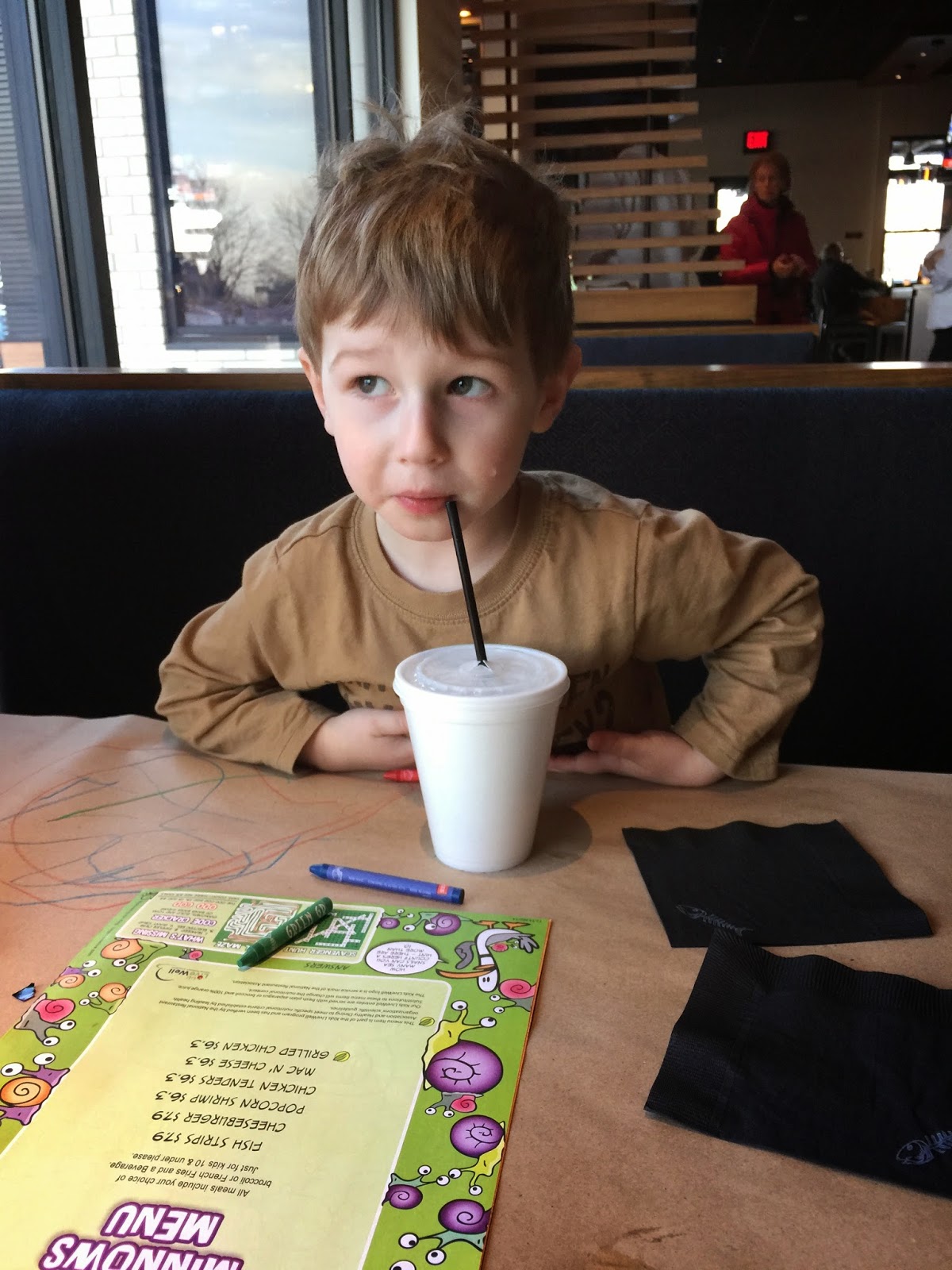 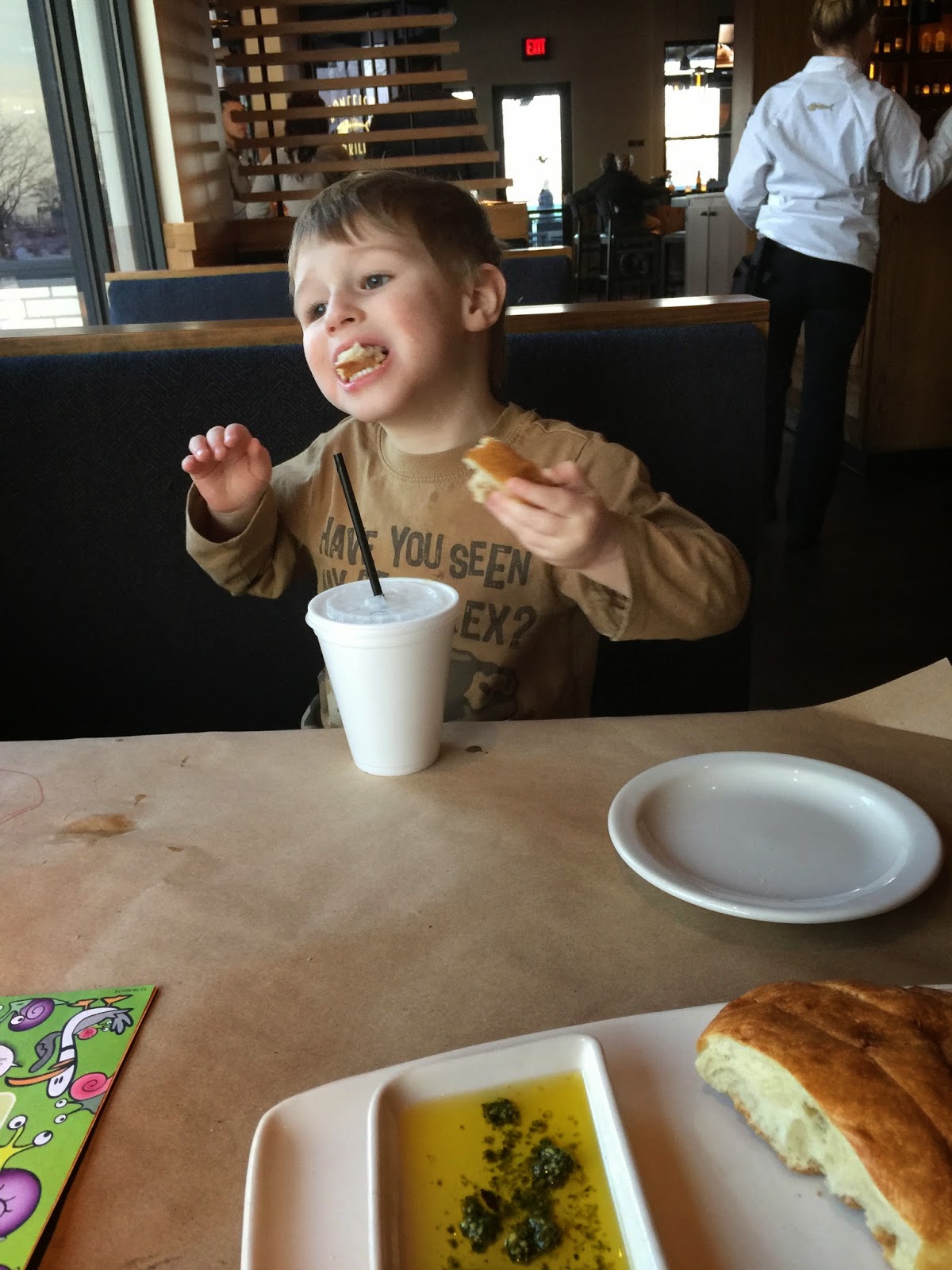 I forgot to take a picture of him inside class because we were too busy making glow-in-the-dark bracelets, playing cars, making Valentines, and building with the same damn magna tiles we have at home that are only cool at school apparently. 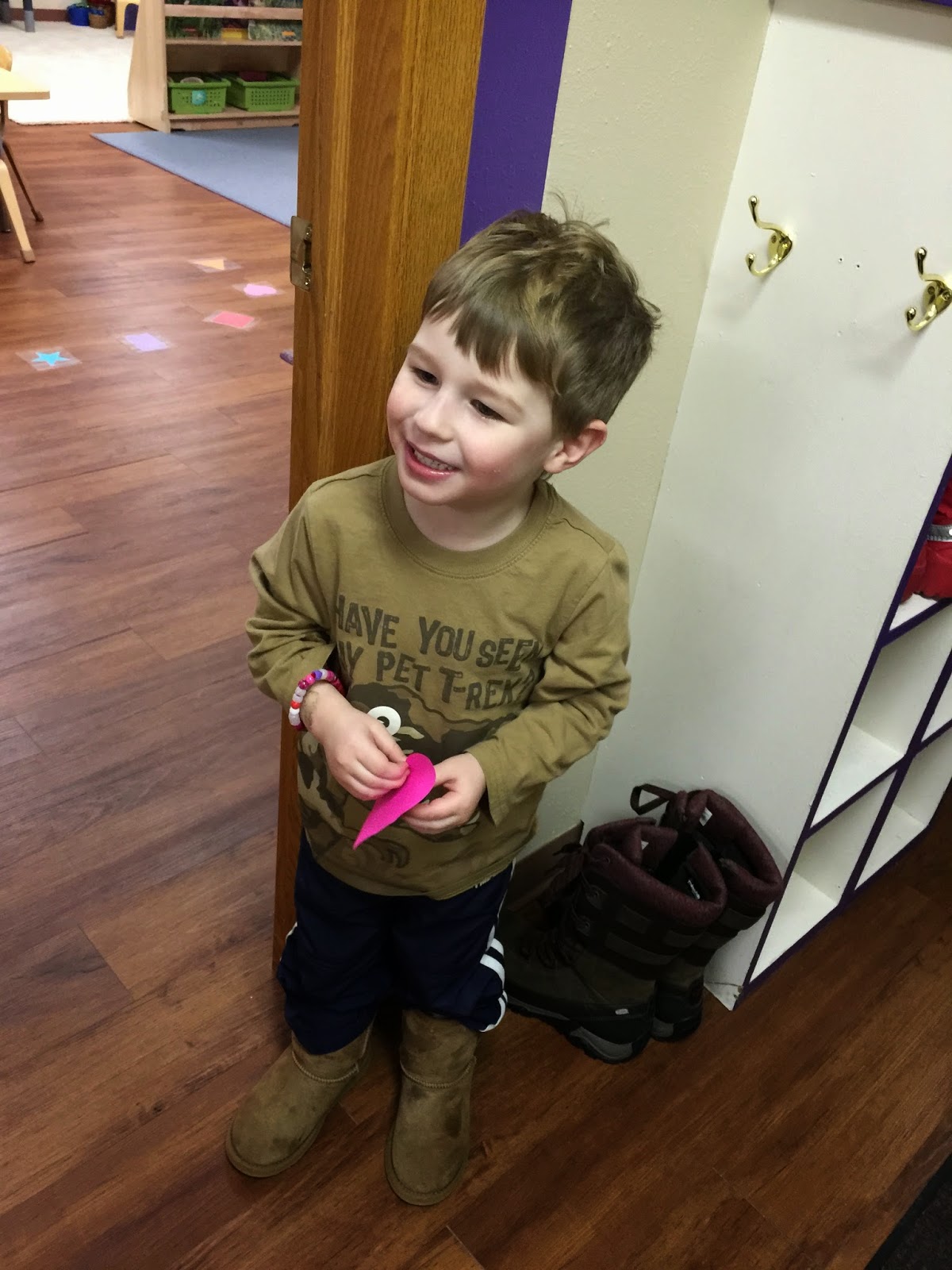 Cooper's gym is actually really cool. Full of all this cat furniture for kids that I would love to have in my basement since it is too cold to leave the house (seriously-- the kids have had indoor recess for days, and Ben had to walk to dog himself this morning). 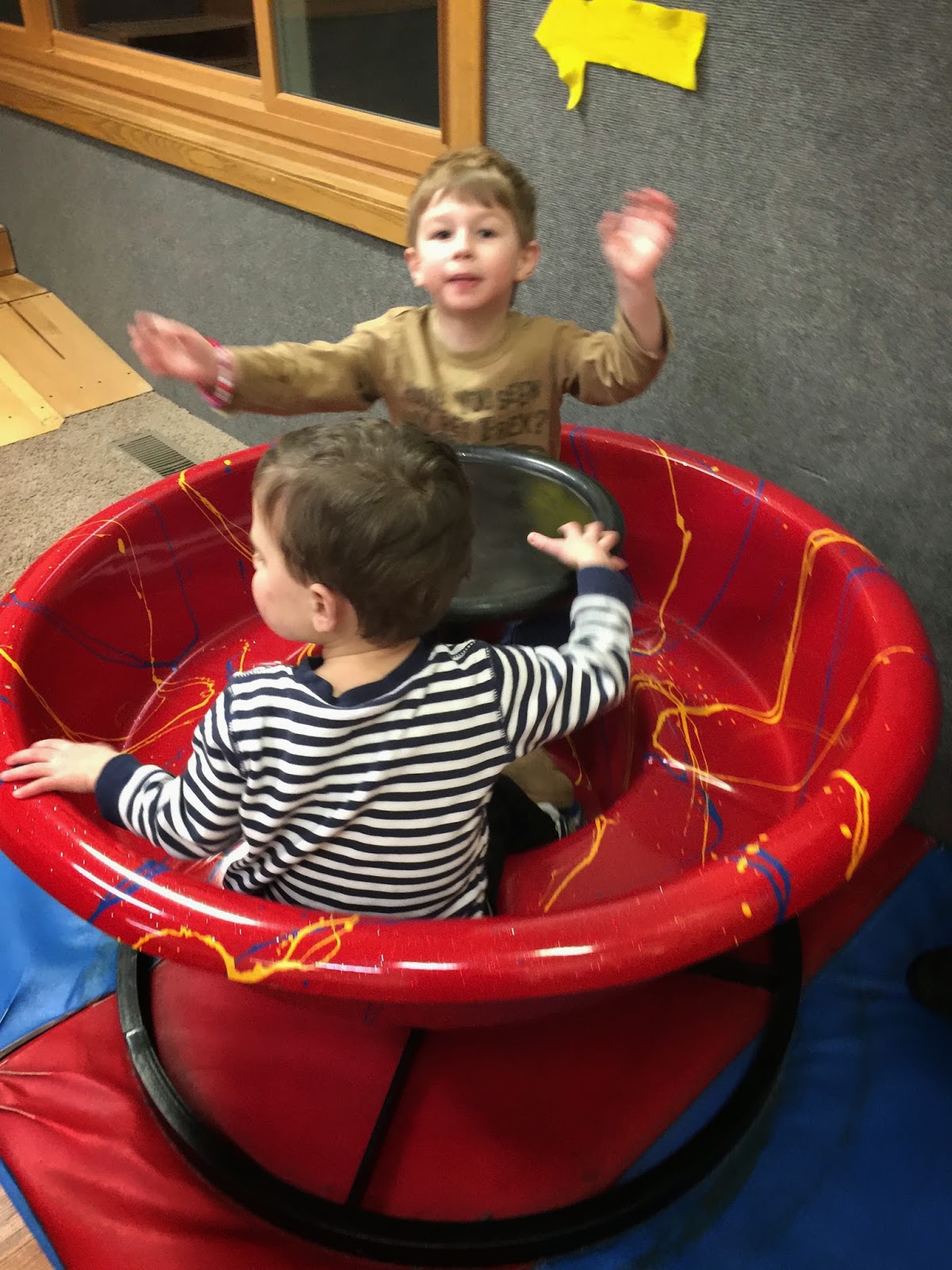 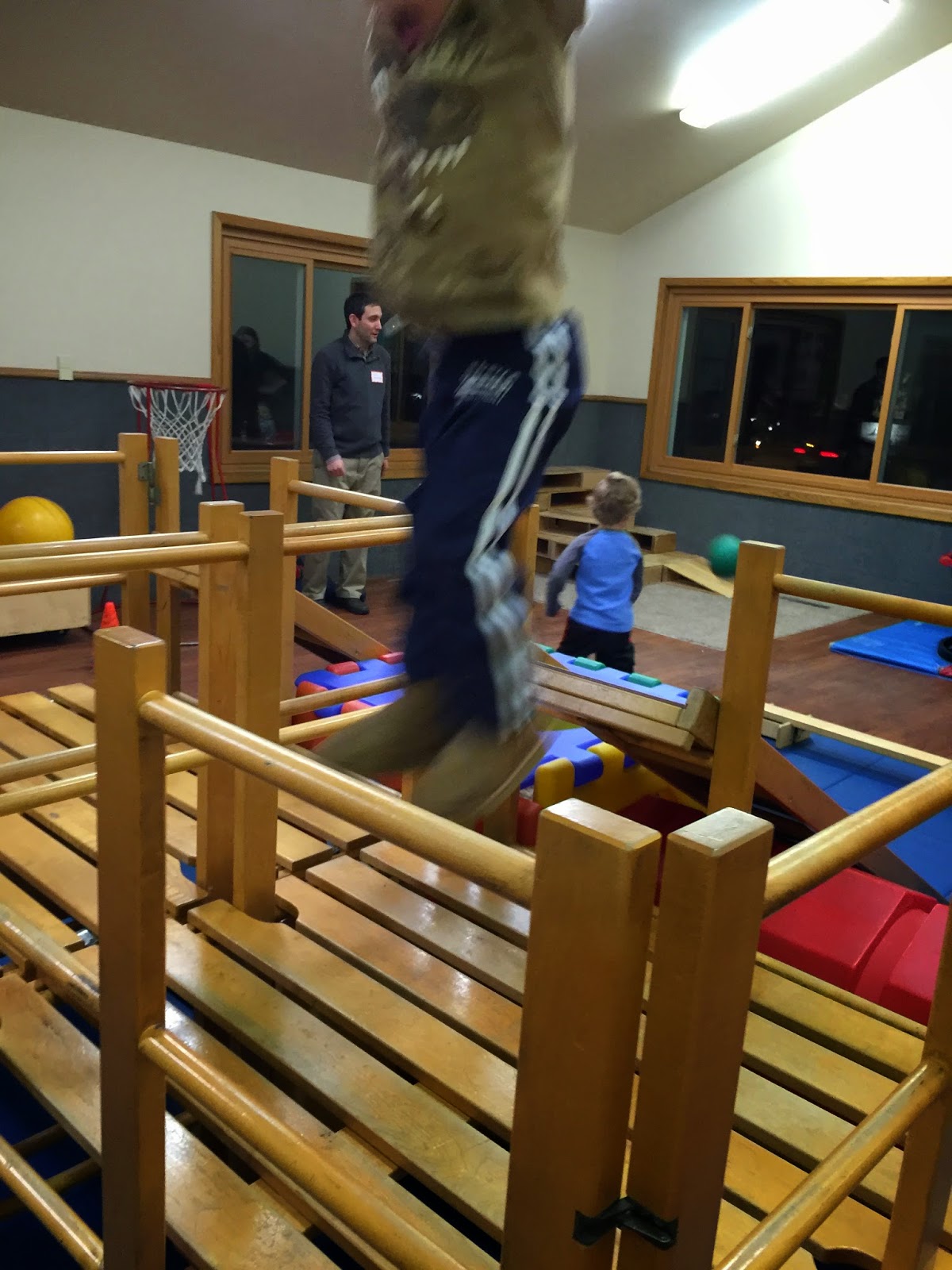 In other news, Dorothy let me put curlers in her hair. 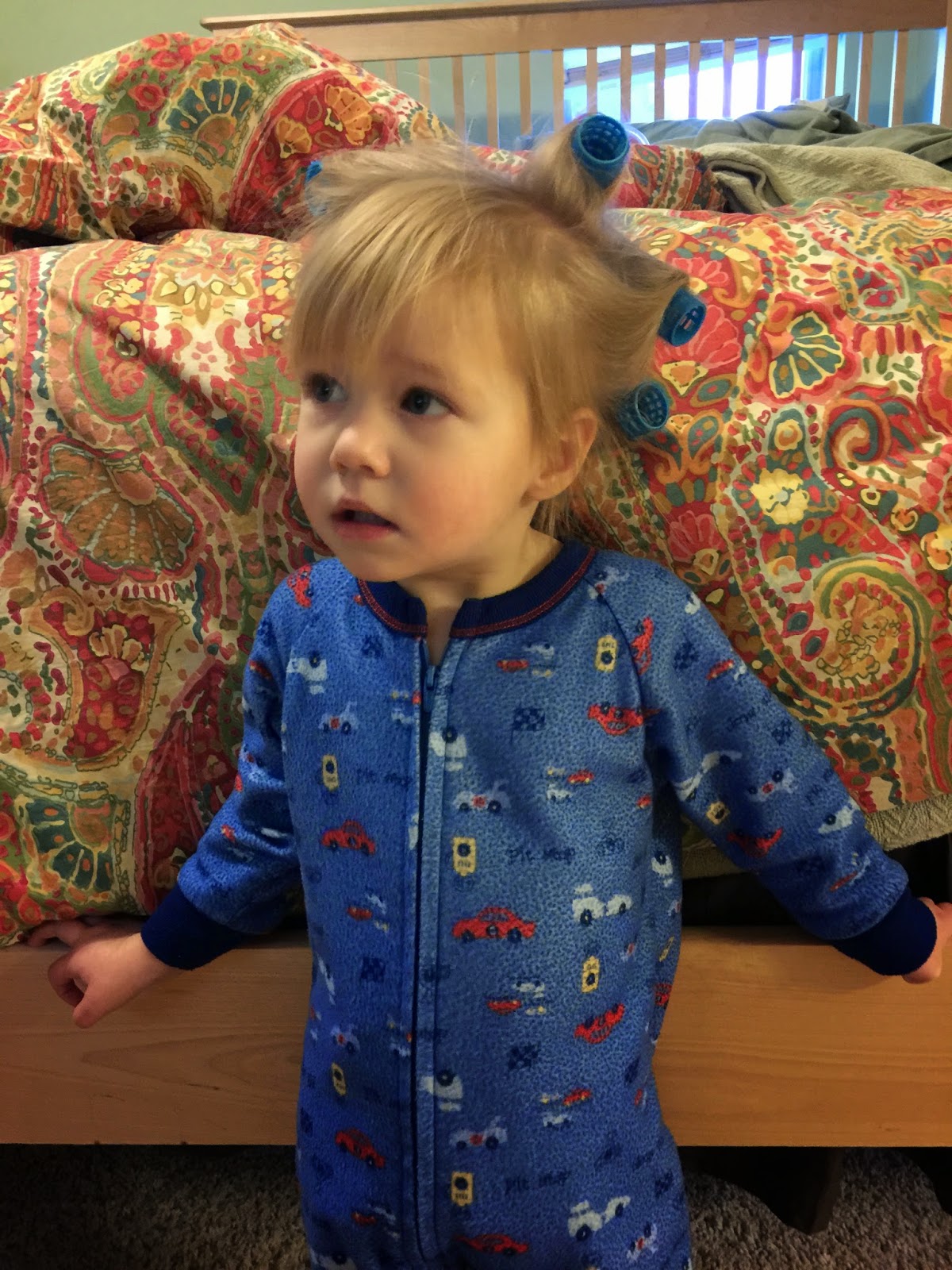 I was trying to take a picture of Dorothy in her Anna dress, but Coop wanted to pose, too. 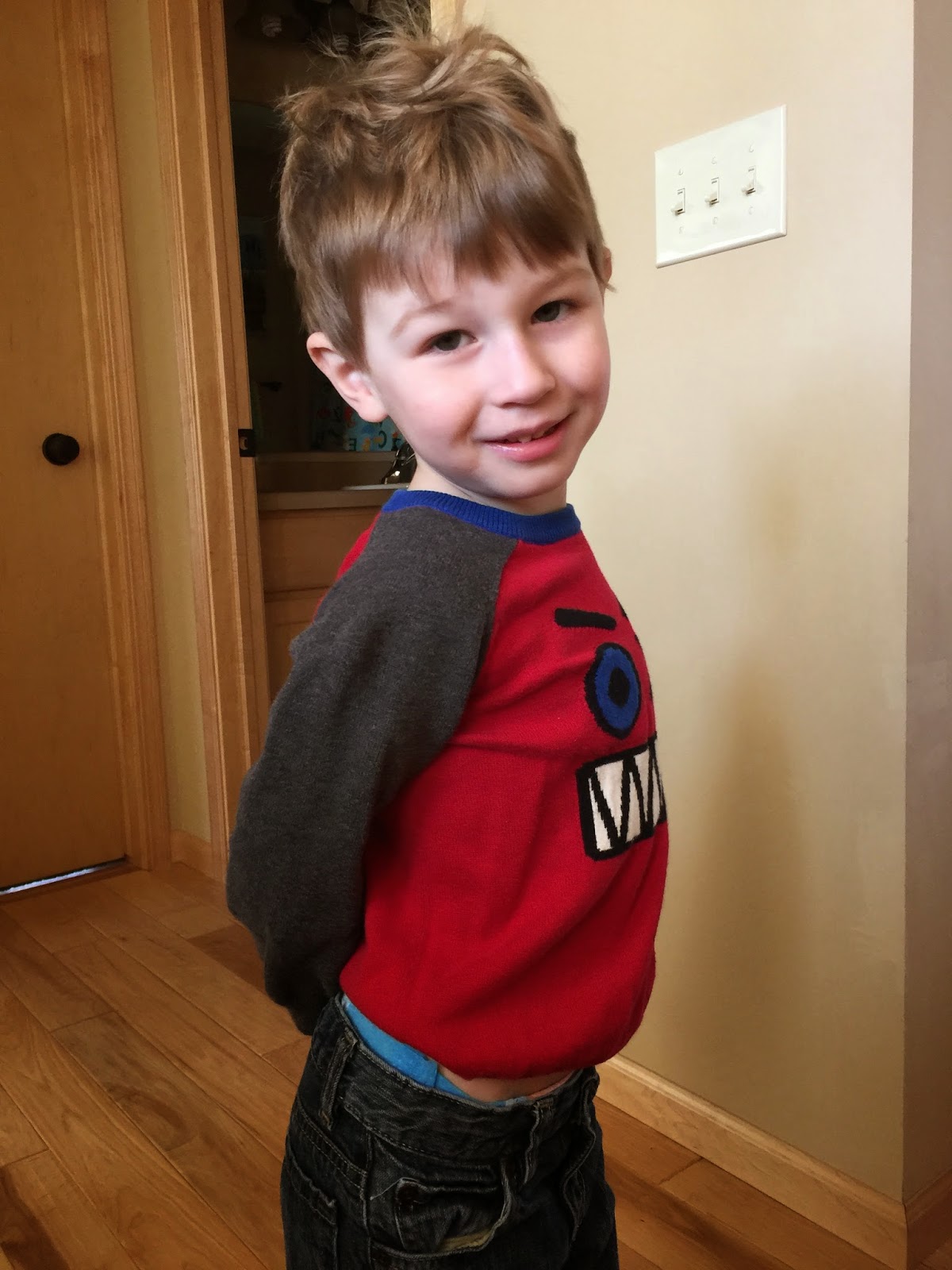 She alternated between her Elsa dress and her Anna dress all day yesterday. 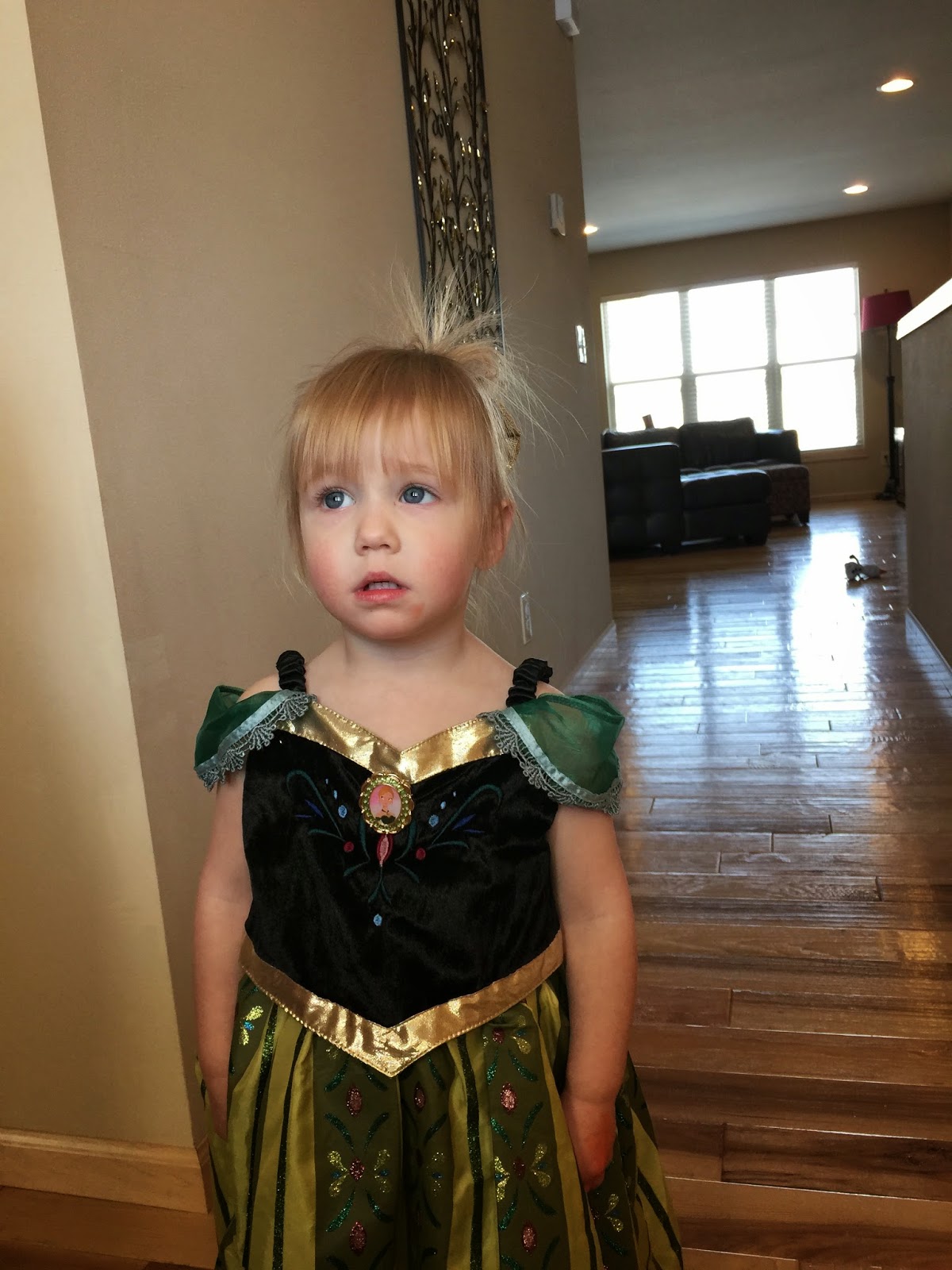 When she is Anna, all she wants to do is knock on doors and make the tick-tock noise from the song 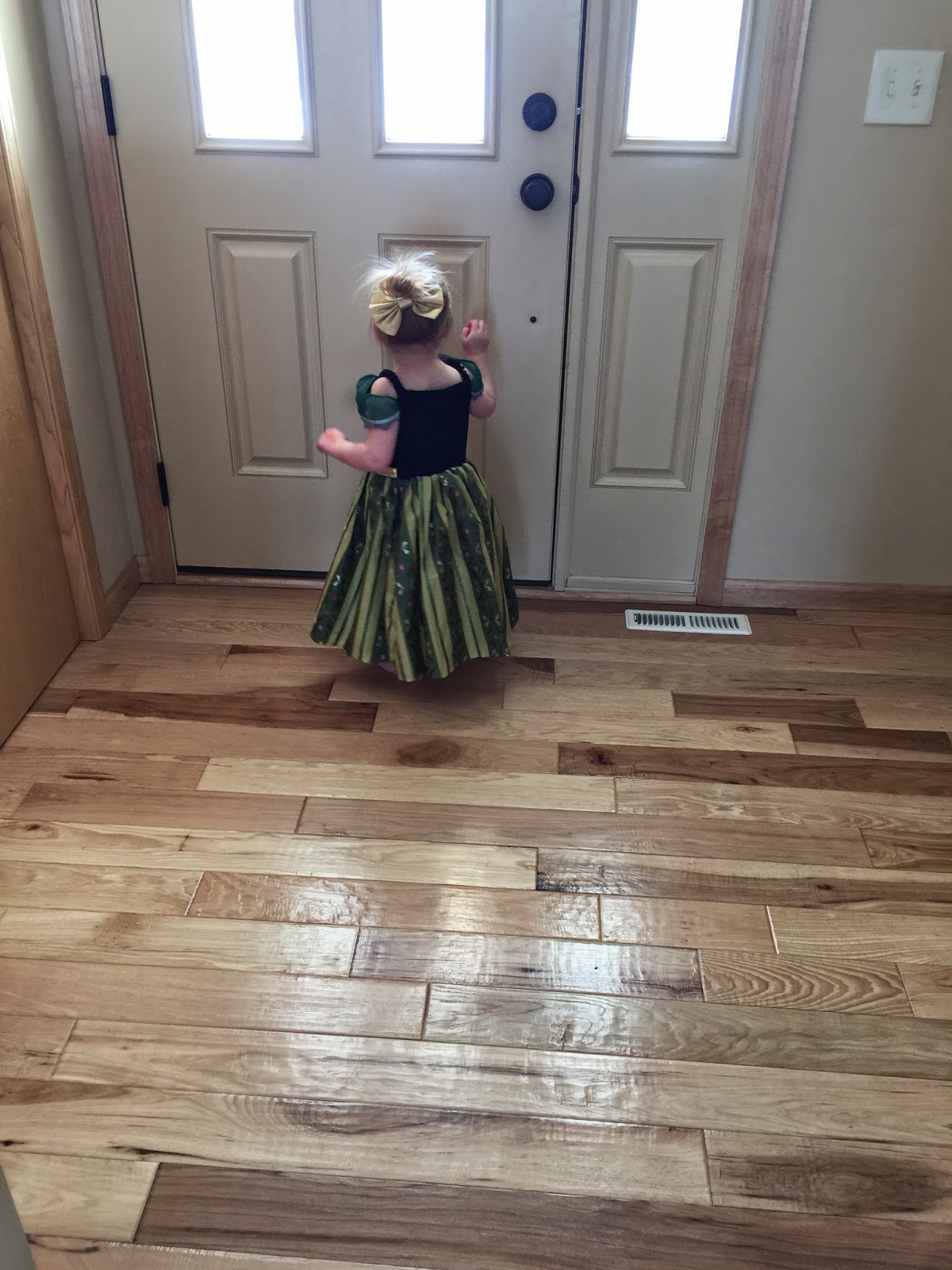 When she is Elsa, she wears her clattering Elsa shoes and sings Let it Go. 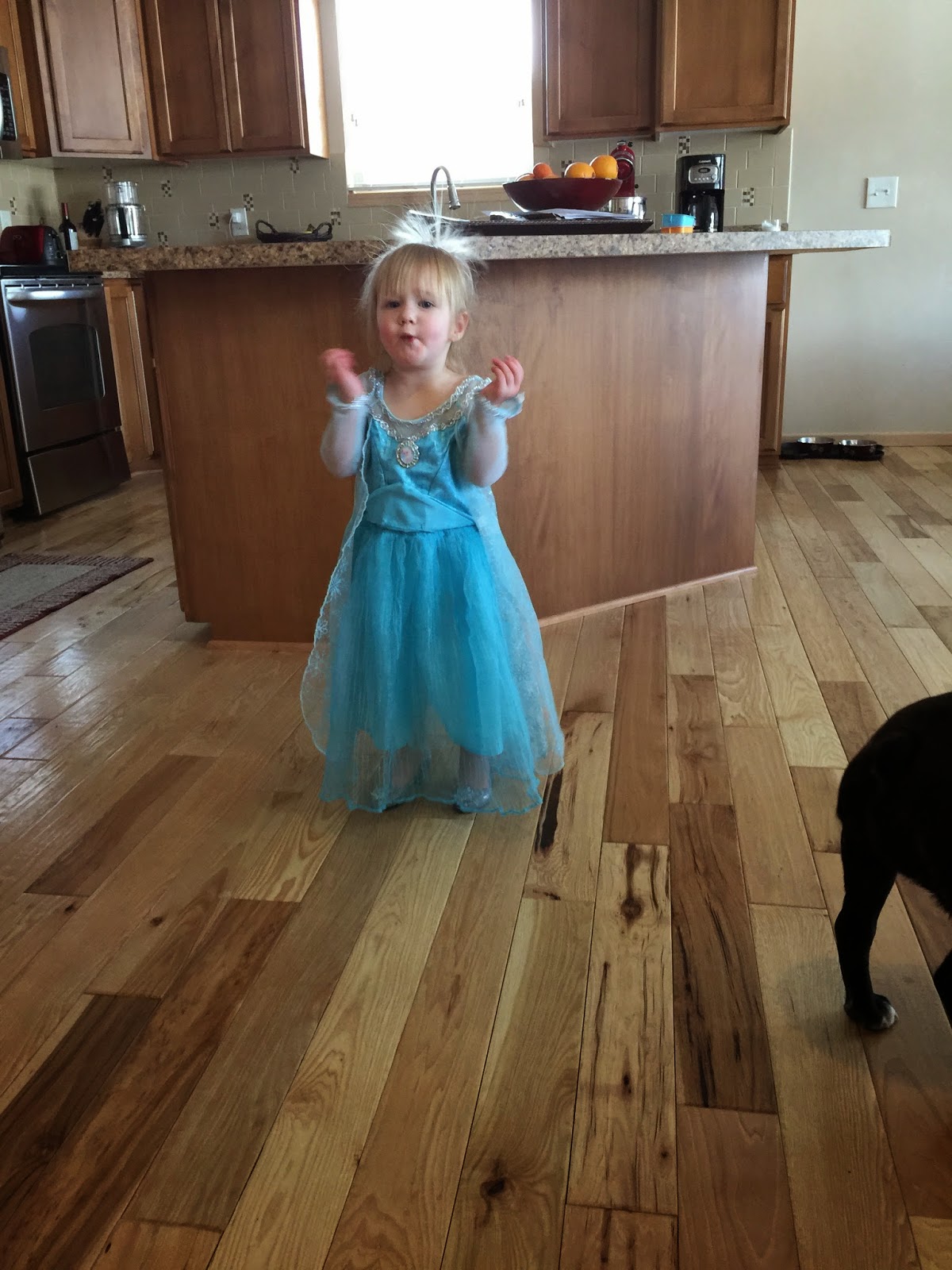 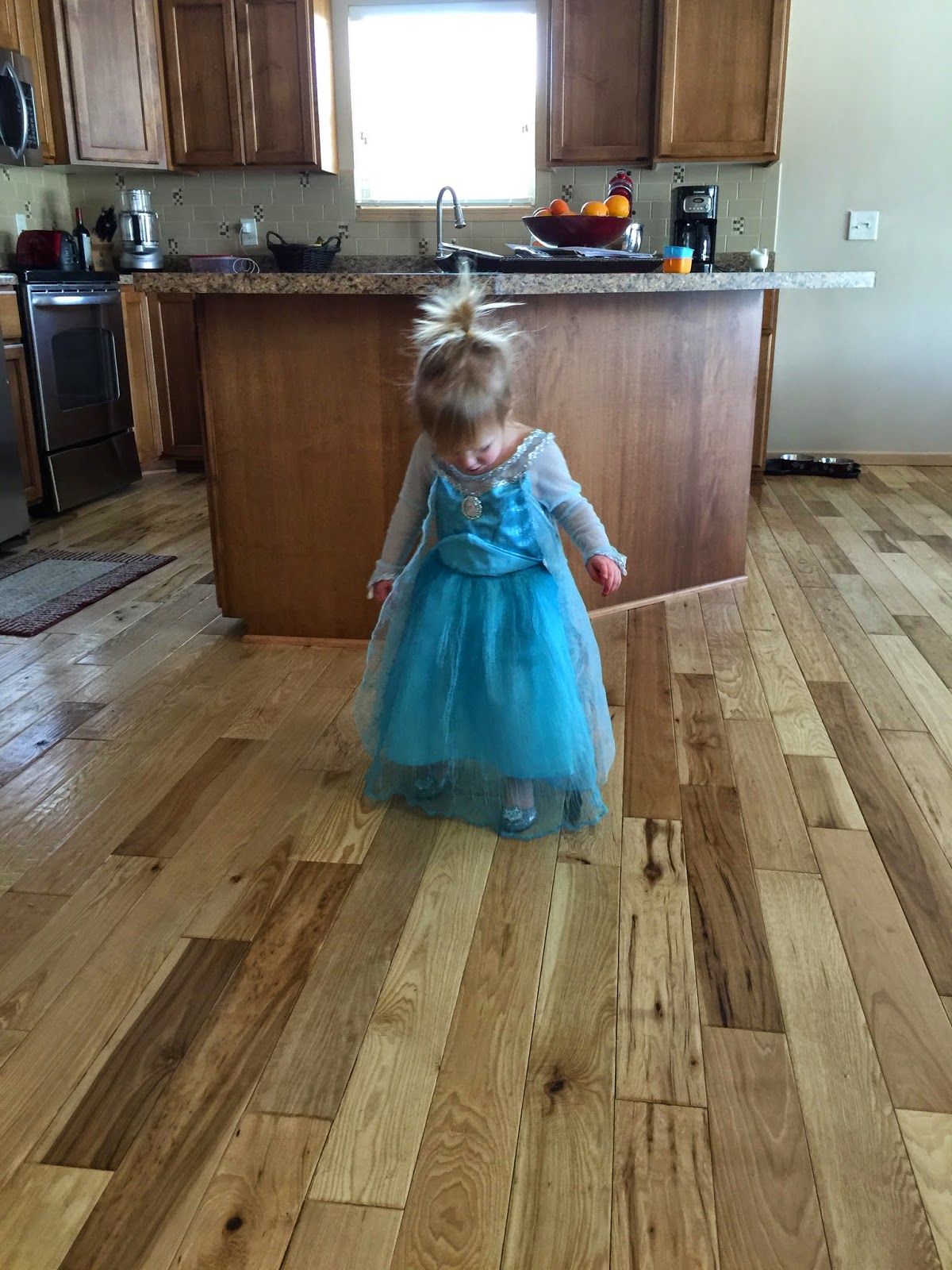 One huge advantage of my giant iPhone is that I take more videos of the kids because I have more space to store videos.  So, I thought I would share our life in 30-second-ish snippets, and I will hopefully be video dumping once a week.  If I have these videos on my computer, on YouTube, and on my blog, I feel like they will make it out of the kids' childhood.

Dorothy showing her mad letter skills and Cooper mocking me:

While I truly wanted to hear Dorothy sing, how much did I love watching her clomping down the hallway with Beatrix chasing after her!?!!! Precious!

The video where Cooper keeps putting his face right up to the lens and giggling is also pretty awesome. This blog has some great Cooper moments.

You are one lucky lady!