I was going to write about this yesterday, but I WAS TOO TIRED.

On Tuesday night, after running a 102 fever for a couple of days and being generally whiny, Dorothy woke up at 1:00 am.  FOR THE DAY.

We heard her crying-- were jolted out of the sound sleep we have become accustomed to in fact by hysterical screaming-- and Ben ran down the hall to her room.  When he opened her door, she burst out and thundered into our room.  Ben just stood there gape-mouthed in her doorway, so confused as to how she was already out of the room when he hadn't even lifted her out of her crib.  It took us both a few minutes to realize SHE CLIMBED THE HELL OUT OF HER BED.

We are dumb in the middle of the night.  SO dumb.  We just laid in our room for 4 hours trying to get her to go back to sleep.  We were kind of afraid to put her back in her room because of the climbing thing, and we were too out of it to think about giving her Tylenol (which-- coincidence, I think not-- we had given her exactly 6 hours before she awoke), so we just pleaded and cajoled until around 5-ish when she fell asleep until Ben's alarm went off at 6:30.

Yesterday, I started thinking about it and decided she MUST have an ear infection because not sleeping is not like her anymore.  Of course, I cut nap short, packed her and Cooper up, an drove them across town the the pediatrician to find NO ear infection.  Also, our doctor was out of town, so we saw a nurse practitioner who has a baby Dorothy's same age and has been seeing us occasionally for sick visits for almost 2 years.  She reminded me that Dorothy has about 8 more teeth she should be getting before she turns 2, and it all made sense, especially her nonstop nursing on Tuesday night.

Last night before bed, I gave her some Ibuprofen and told her if she climbed out of the crib or kept me up all night again, she would never get na-na (her word for nursing) again.  MOTY.  But she slept from 7-6:20, so I think she took me seriously.

In other news, I am shopping for toddler beds, but I think I might just go straight to a twin.  So far, I have found an awesome pink princess castle number, and I am totally in love with the turquoise Jenny Lind bed from Land of Nod.  BUT, her room is kind of small, and I think it would be cool to do a PBK loft bed when she is bigger, so maybe a toddler bed is what we want.  I don;t know-- that's not the kind of decision I feel capable of making right now because thinking of her in a bed makes me never want to sleep with both eyes shut again-- she is TOO LITTLE to be out of a crib!  Think of the havoc she could wreak while we sleep!

The whole thing made me wonder how the hell we used to function on no sleep when she was a tiny baby who slept terribly for over a year.  I mean, this one measly night of no sleep almost killed us, and we had the reserves of many months of unbroken 8-10 hours a night.  Yikes.

We had our sports practice gauntlet last night that totally destroys the dinner hour and forces us to divide and conquer.  I made a delicious chili for Ben and me, but Ben fed Harry cereal and Sour Patch Kids before hockey (I feel like Harry picked this menu), and I took the babies and Jack through the Culver's drive thru before basketball.  Then I spent all of basketball practice trying not eat their fries and part of Dorothy's grilled cheese.  I was marginally successful. 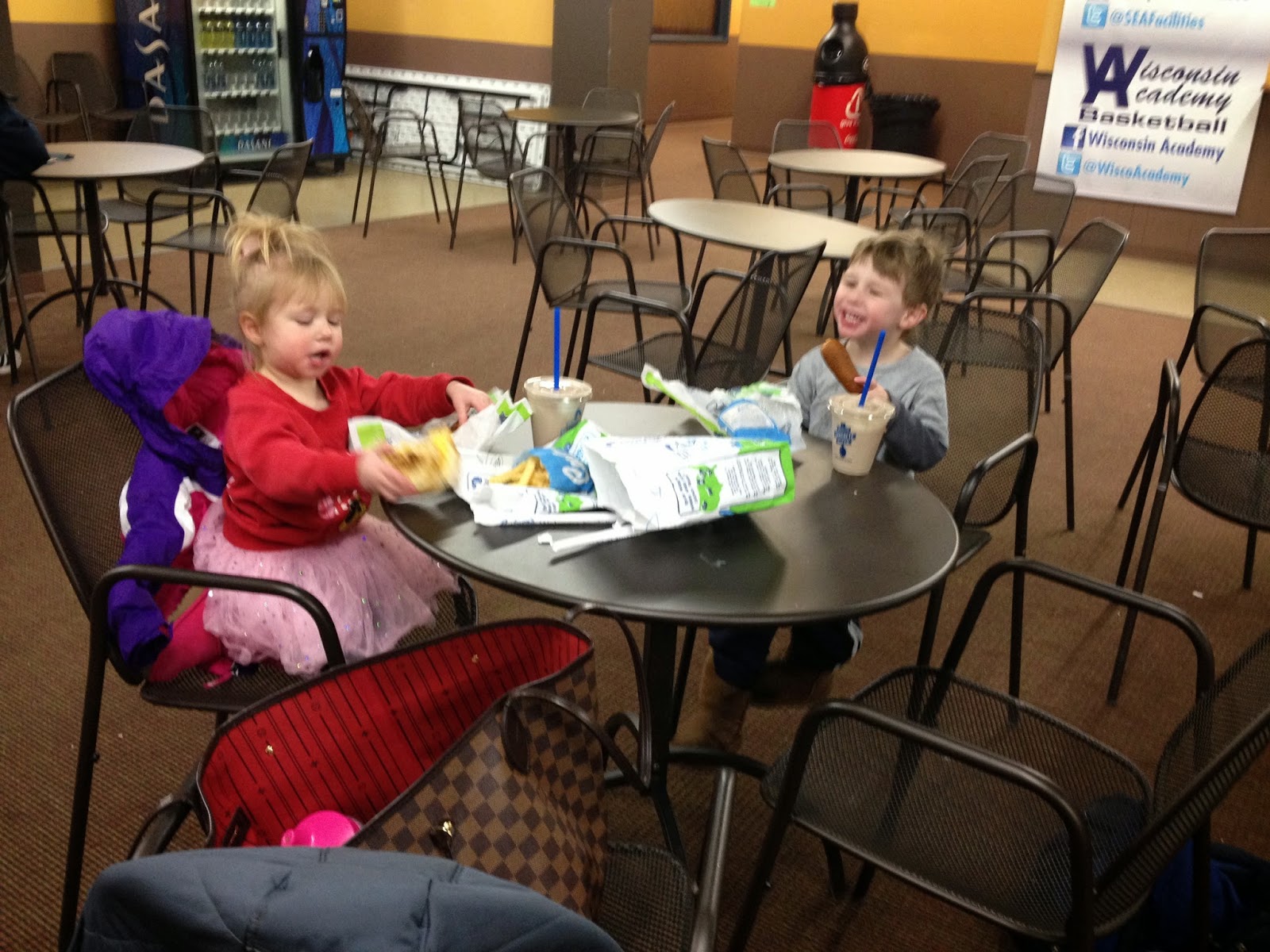 Charley was in a twin when he was Mary's age. Mary's age. She's like eighteen inches tall. I cannot imagine. And yet I do think about putting her and James together and in that vision there are two twin beds. Who knows?

One odd night of sleep is SO MUCH WORSE than a long string of them. I don't get it either. But hey! No more newborns here!

I love the Jenny Lind option. So classic! The turquoise one is very pretty. However, if you're looking to contain her more and have long term flexibility, what about the Jenny Lind day bed? Then Dorothy is contained on 3 sides (and you could add a railing on the open side if you were worried). It could be soo cute with all her babies and pretty pillows against the wall side. Plus a trundle would allow for sleepovers down the road. I feel either Jenny Lind option gives you years of use vs the pink castle. (Perhaps I'm still scarred by how my bedroom looked like Holly Hobby threw up all over it for my entire childhood. It was so limiting and turned me against those colors for decades)

If you're interested in a cheaper temporary twin bed option before upgrading to a loft bed, Target has a Jenny Lind headboard that's super cute: http://www.target.com/p/jenny-lind-headboard/-/A-15106055#prodSlot=medium_1_15&term=jenny+lind

I love IKEA's loft bed. It's shorter than other bunk beds, which I like for small rooms and small kids. You can have it upside down (mattress on the floor) for a couple years and if you hung gauzy curtains it would be a cute little princess canopy bed!