Not so bah after all

Grading.  SO MUCH GRADING.  I am grading all the time.  That's the thing about teaching online this semester as opposed to teaching in the classroom-- my time is no longer broken neatly into work and not work.  Instead, I can always be working.

BUT, I am fighting my way to the surface to tell you that I forgot last night in my wine-induced fog (and the headache!  such a bad headache!) that we did something really simple and fun this past weekend-- we went outside to build a snowman in the dark, mainly because we ran out of time to do it in the daylight but the snow was PERFECT for snowmen and snowballs, so we couldn't resist.

Super fun and the although birds have eaten his face off (Oreo eyes, carrot nose, dog food mouth), he still stands, and he scares Beatrix so badly she has to be carried across the street on her morning walk, and she cannot pee if Ben takes her out front right before bed.  Silly Beatrix. 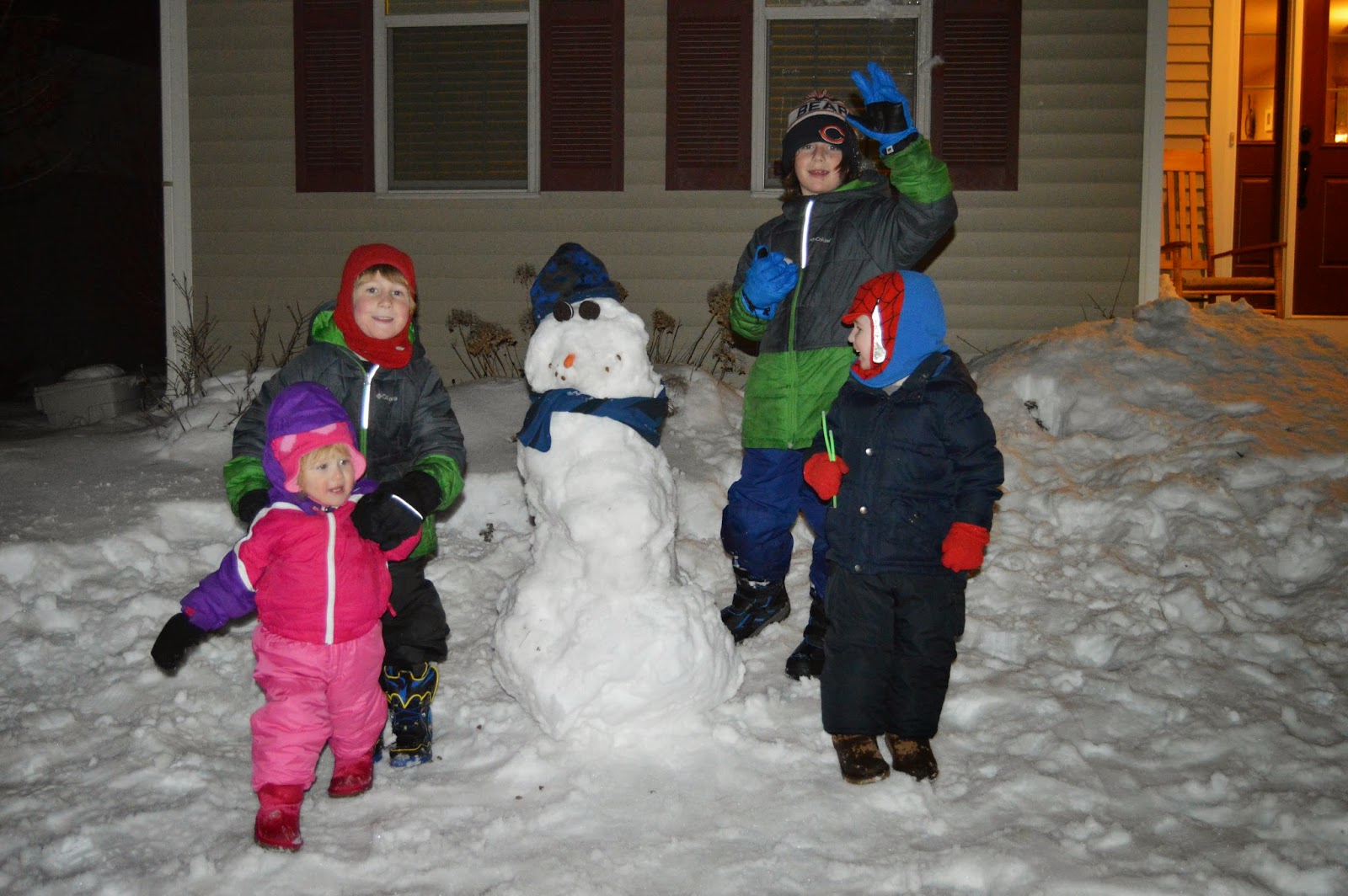 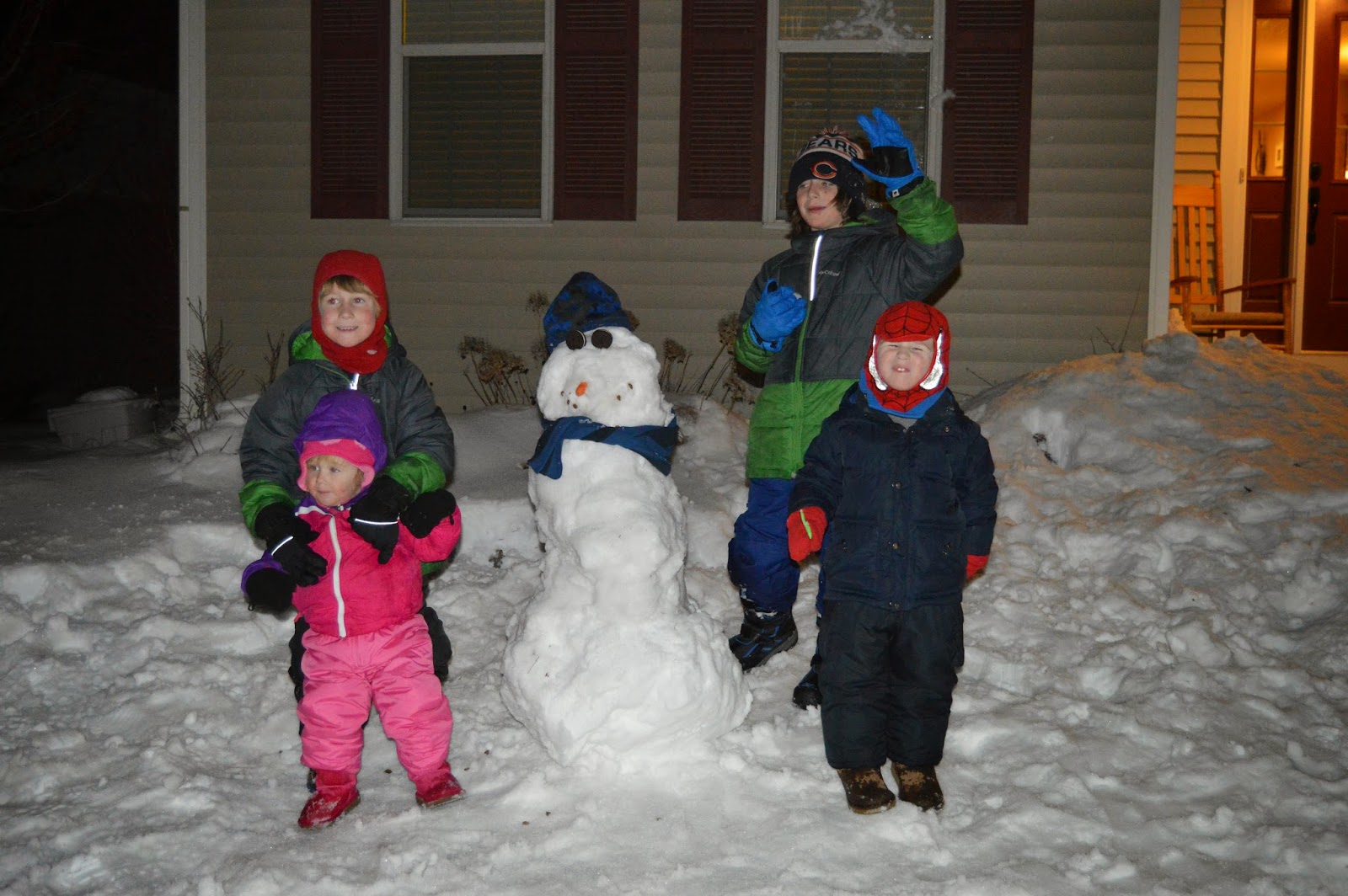 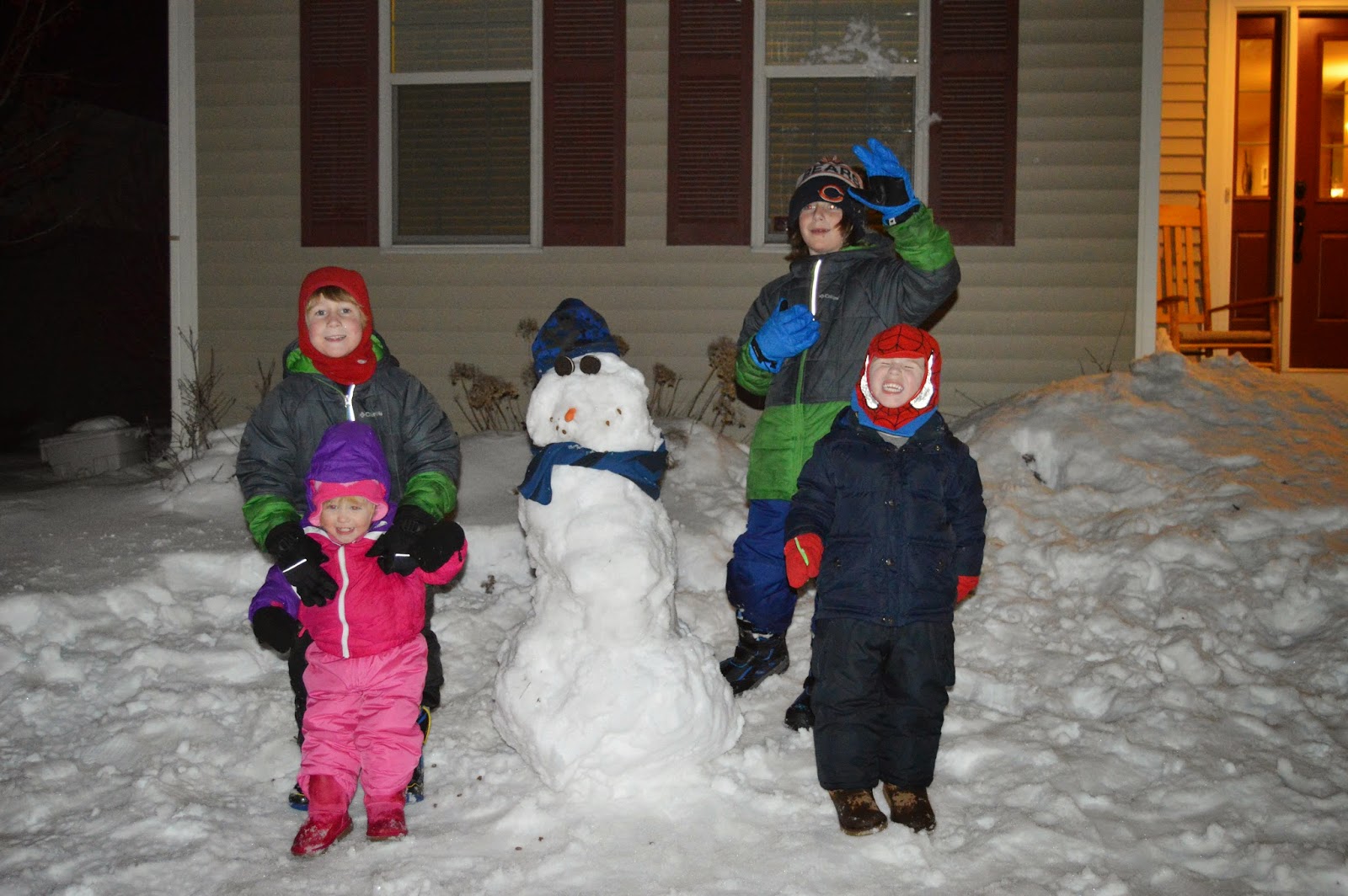 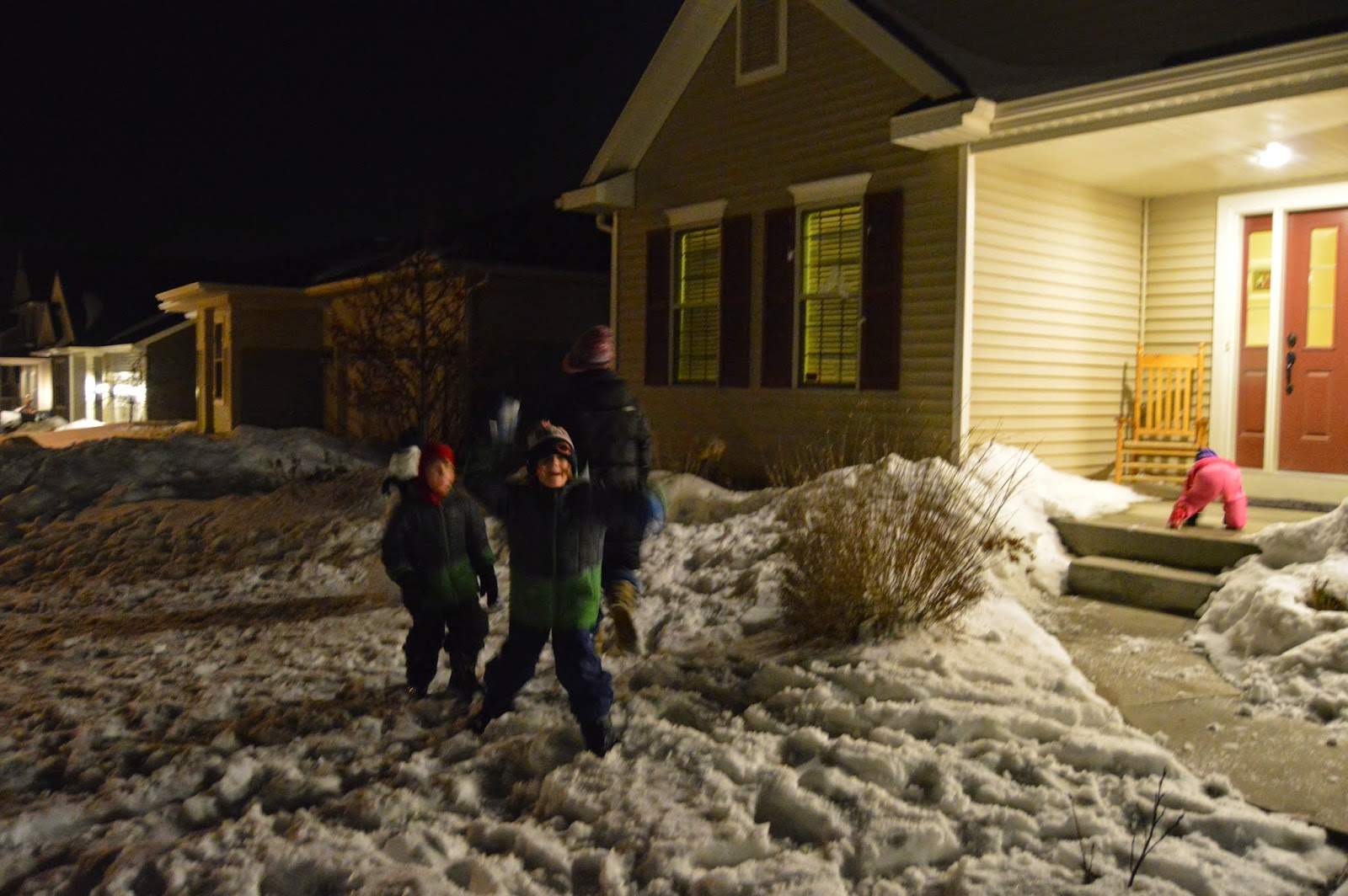 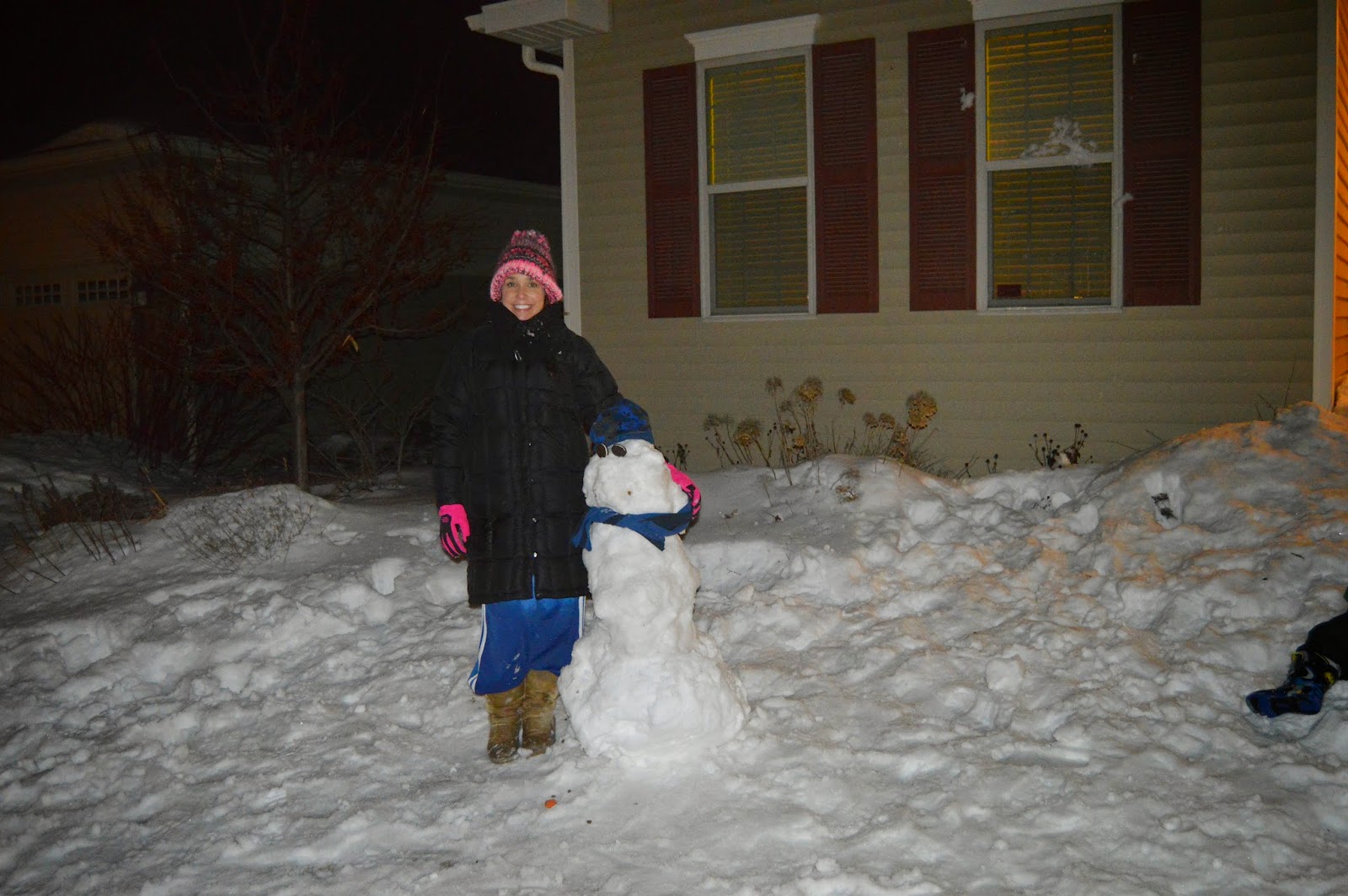 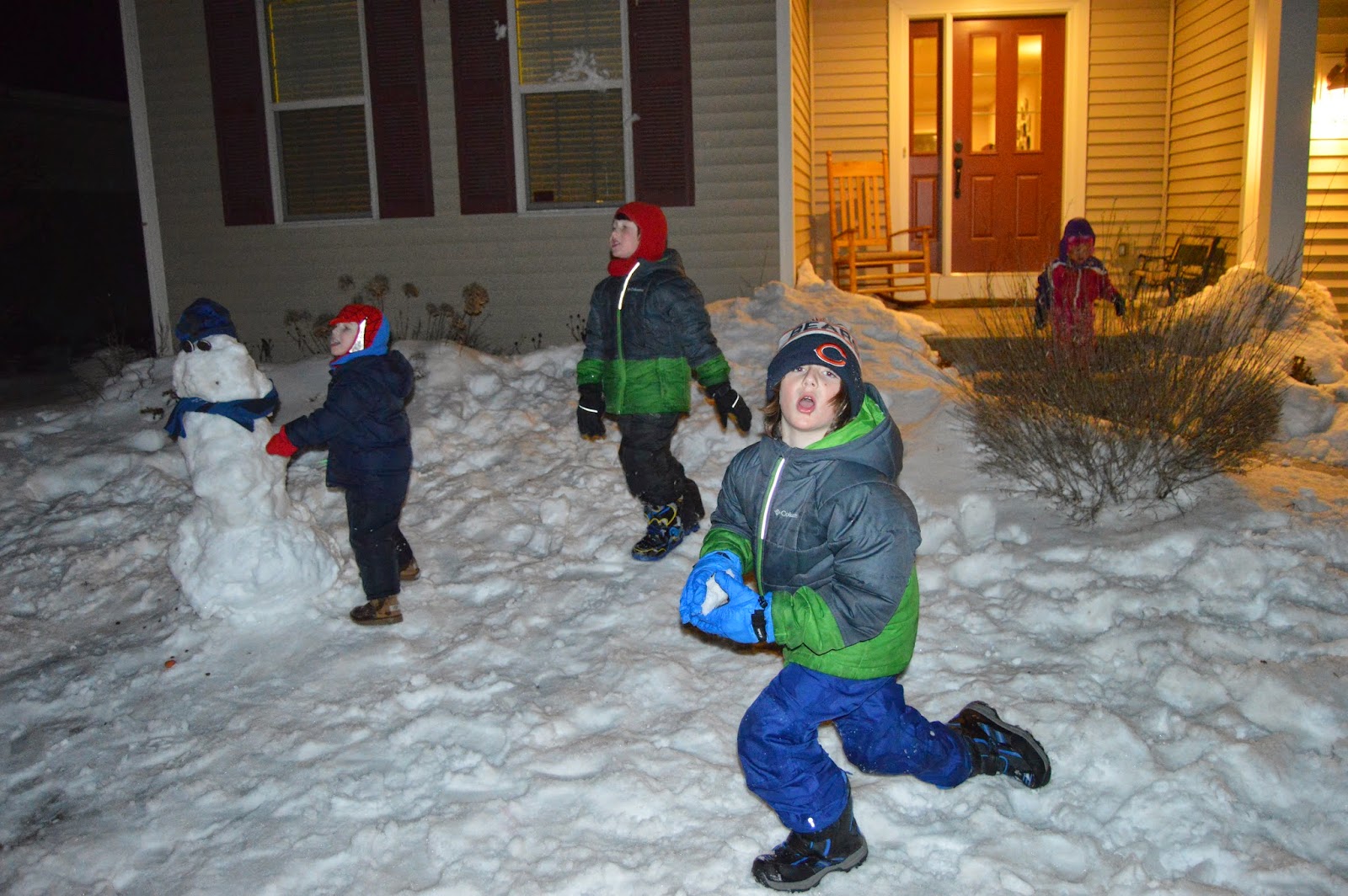 Also fun this past weekend:  We went to The Wonder of Physics, a show put on by physics professors and graduate students at my university.  It's really cool, and the kids love to see all of the experiments close up.  Harry brought a friend, and he and Jack and the friend sat down front where they really hoped to get called on to assist, but sadly never did.  Ben and I sat in back and took turns walking a chatty, loud Dorothy in the the hallway while Cooper whined to go home.  Magical and special for sure. 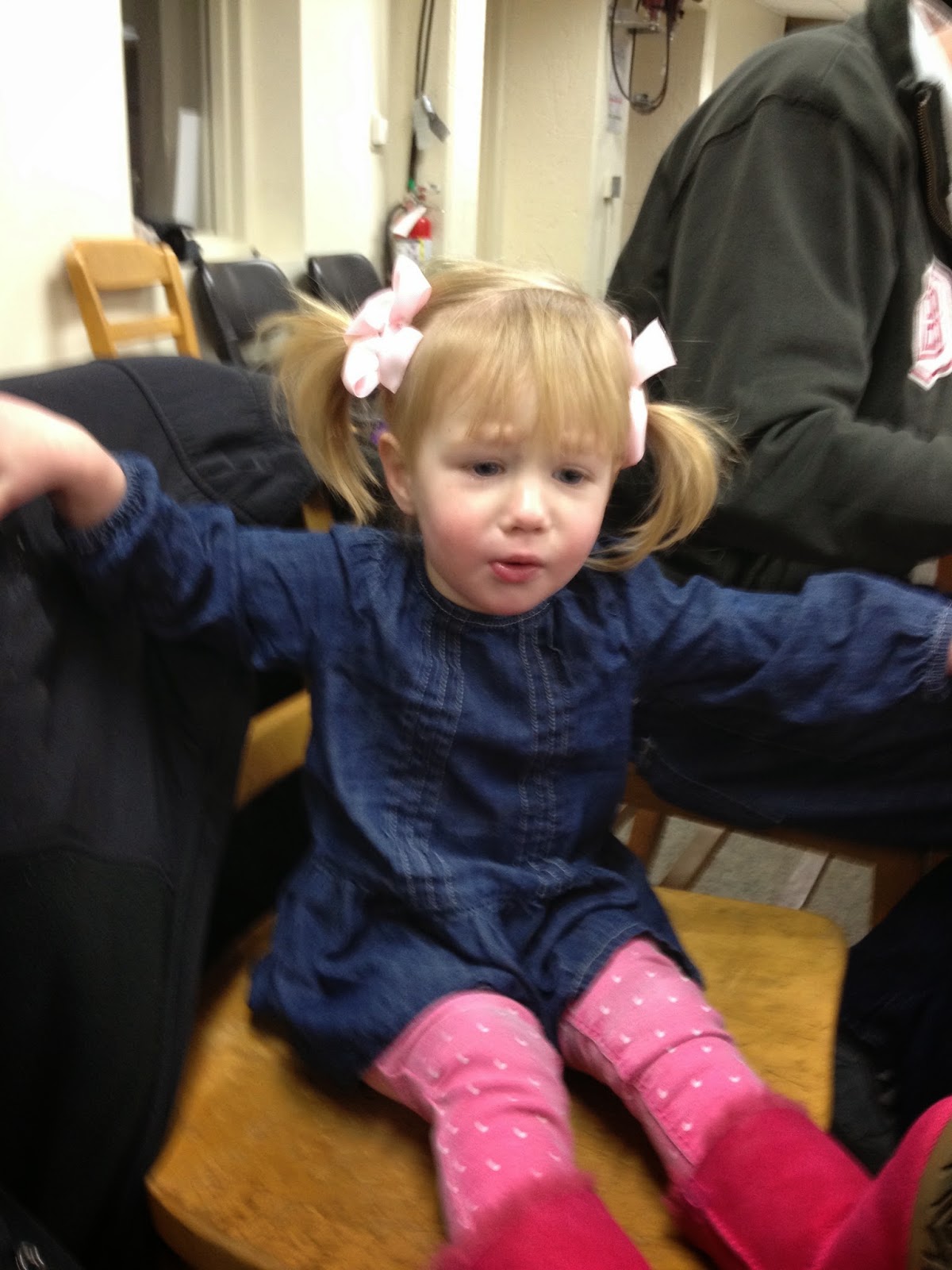 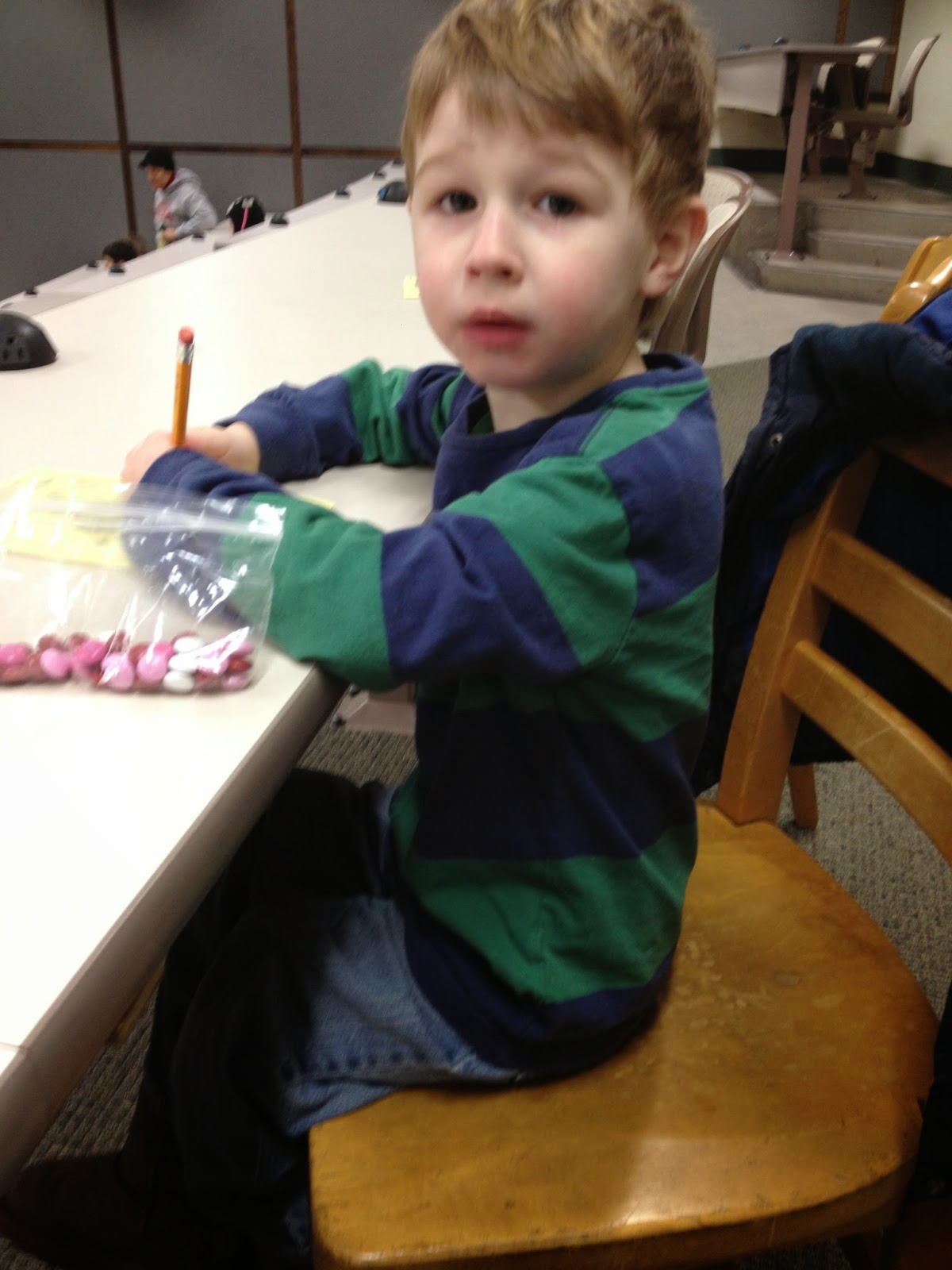 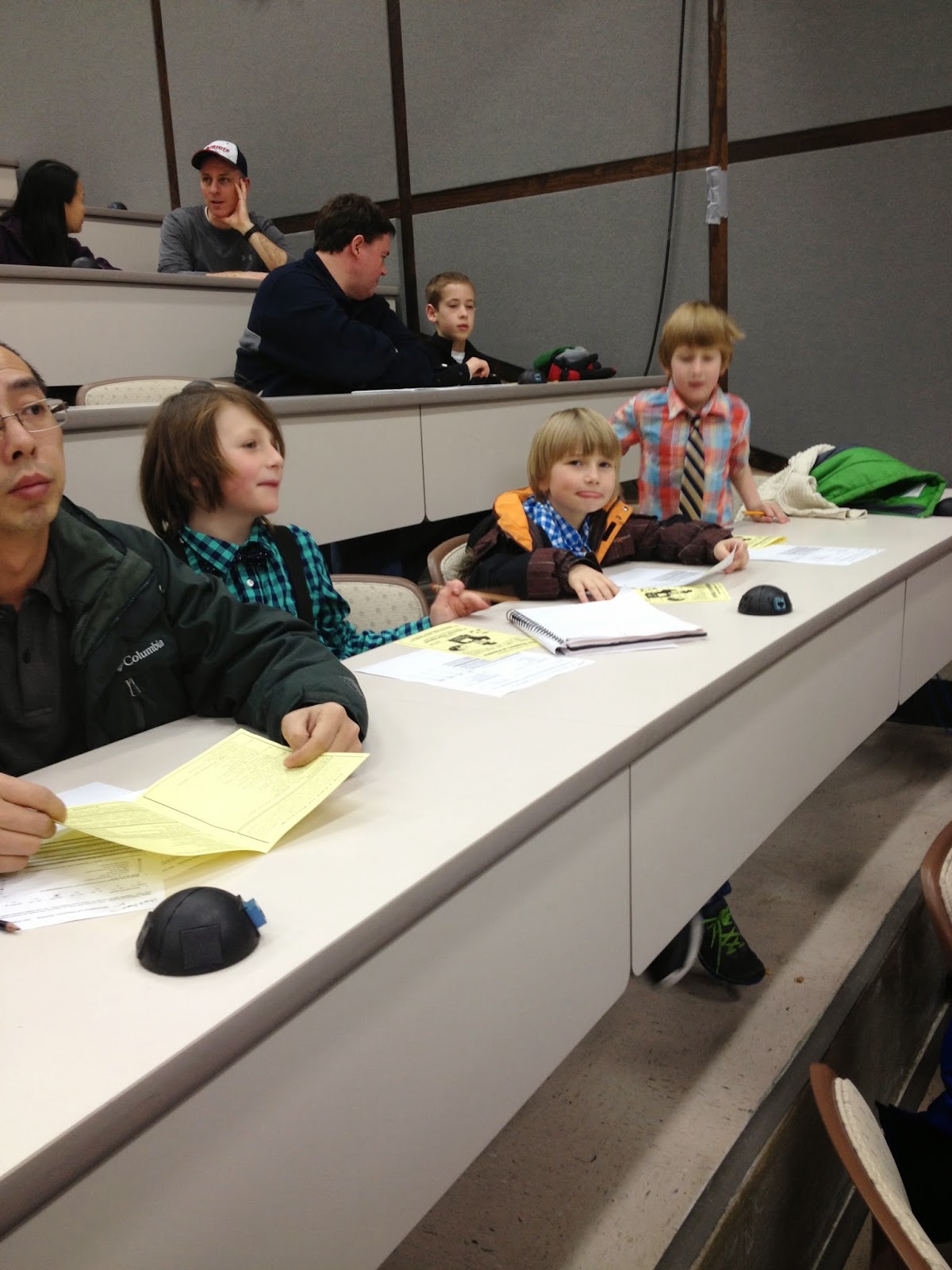 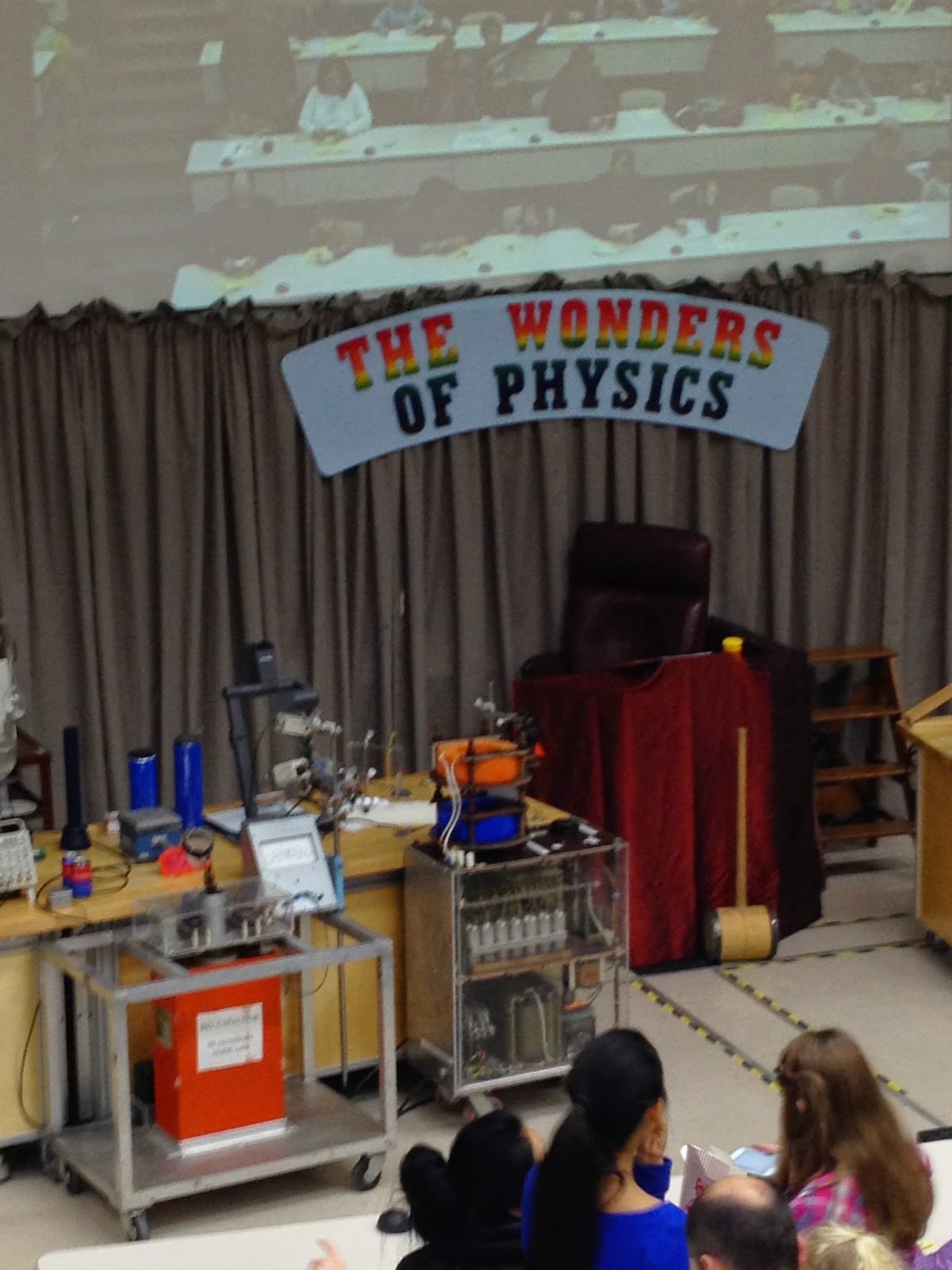 Today, I volunteered in Jack's classroom.  It's a big day around here-- the 100th day of school.  Harry and Jack made little treat bags for their friends using Vienna fingers and 2 Keebler fudge stripes to make a 100.  Jack wrote everybody a Happy 100 Days note, but Harry printed his on the computer. 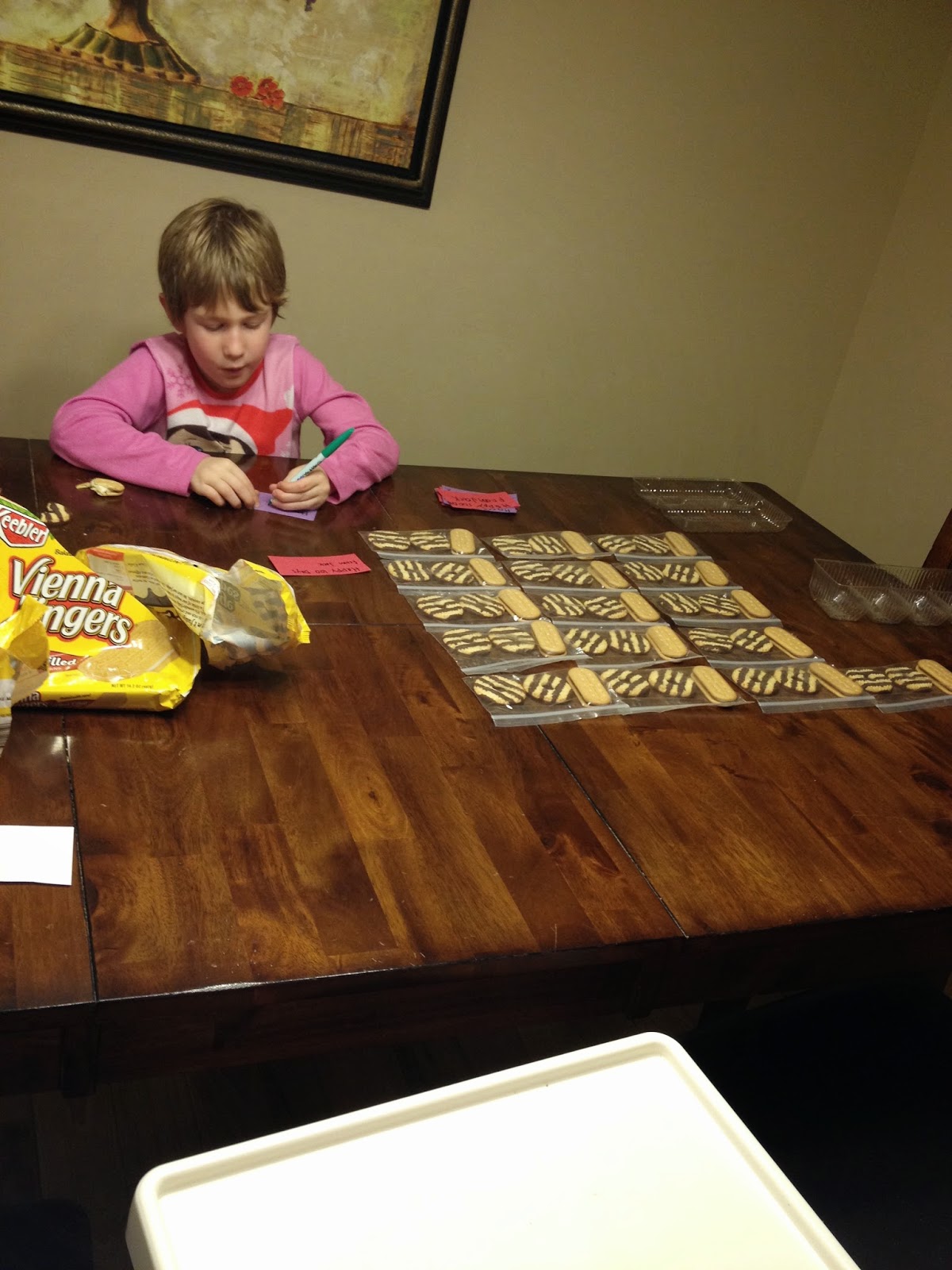 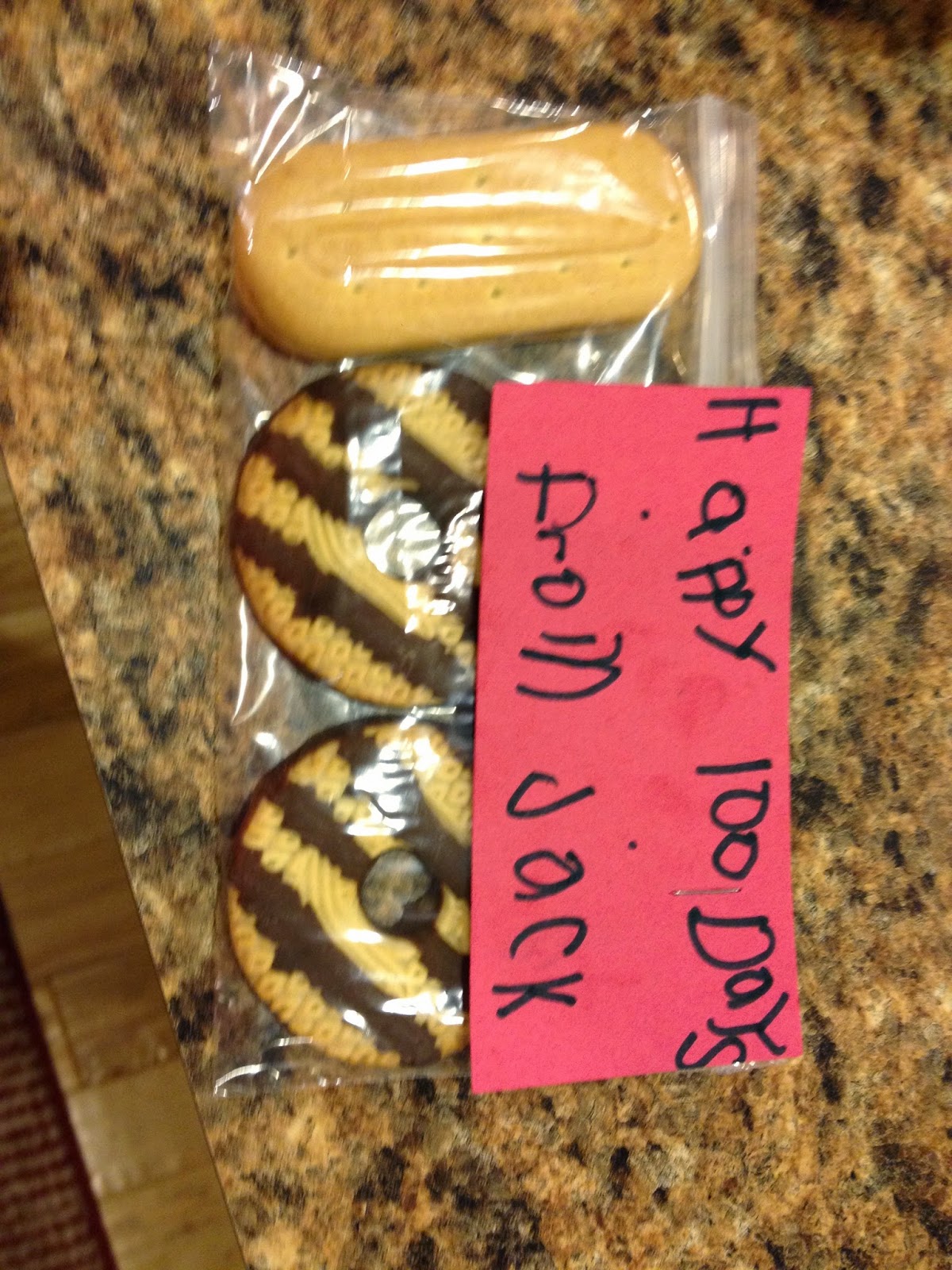 Anywho, today was the big 100th day so after doing my usual volunteer thing, I got to watch Jack's teacher mix up the special snack.  Each kid brought 100 pieces of food to contribute, and they were SO excited to eat it because, as one little girl said, "Jack's mom!  WE'RE EATING JUNK FOOD!" 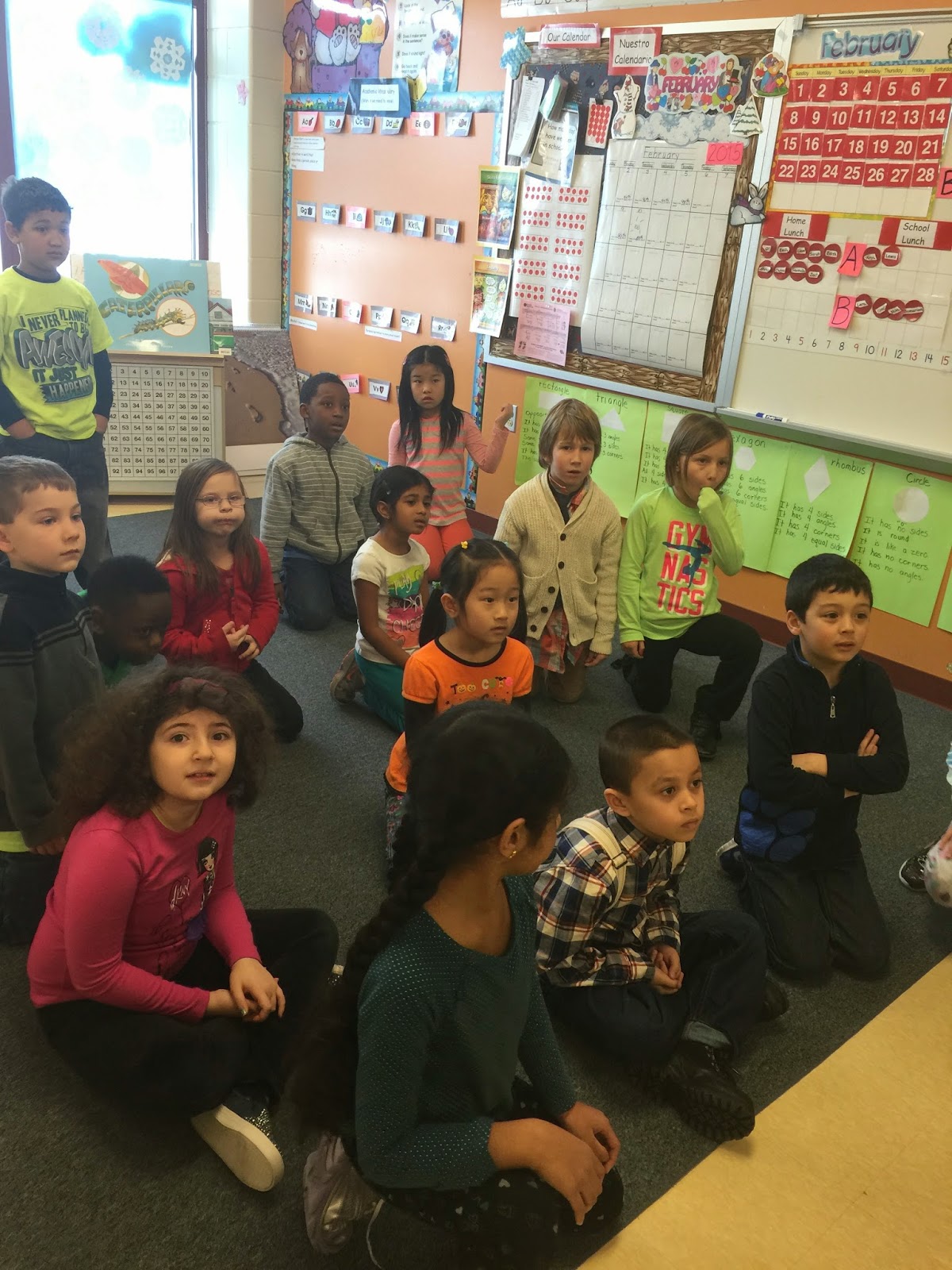 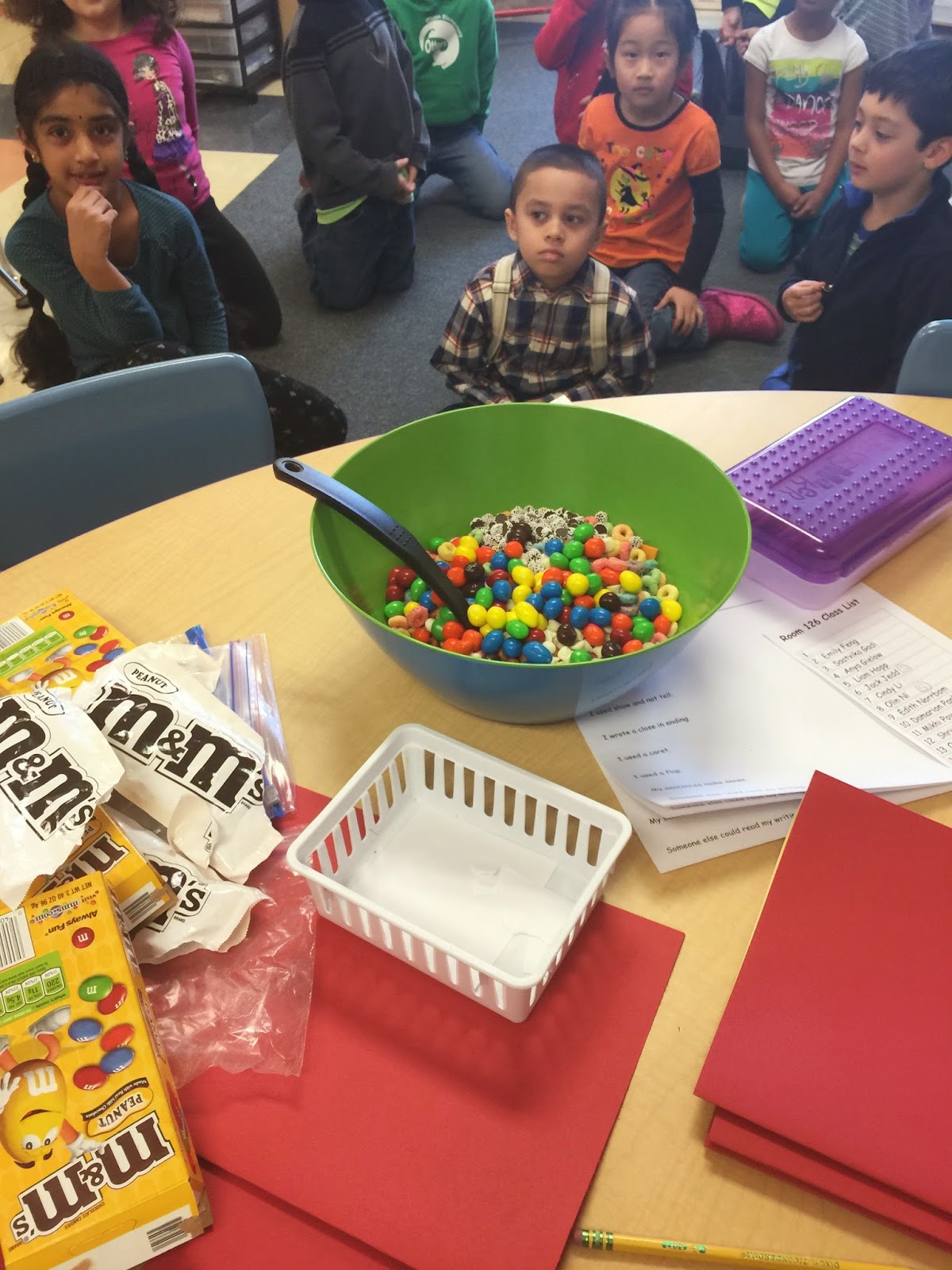 Aren't they cute in the hallway during bathroom break? 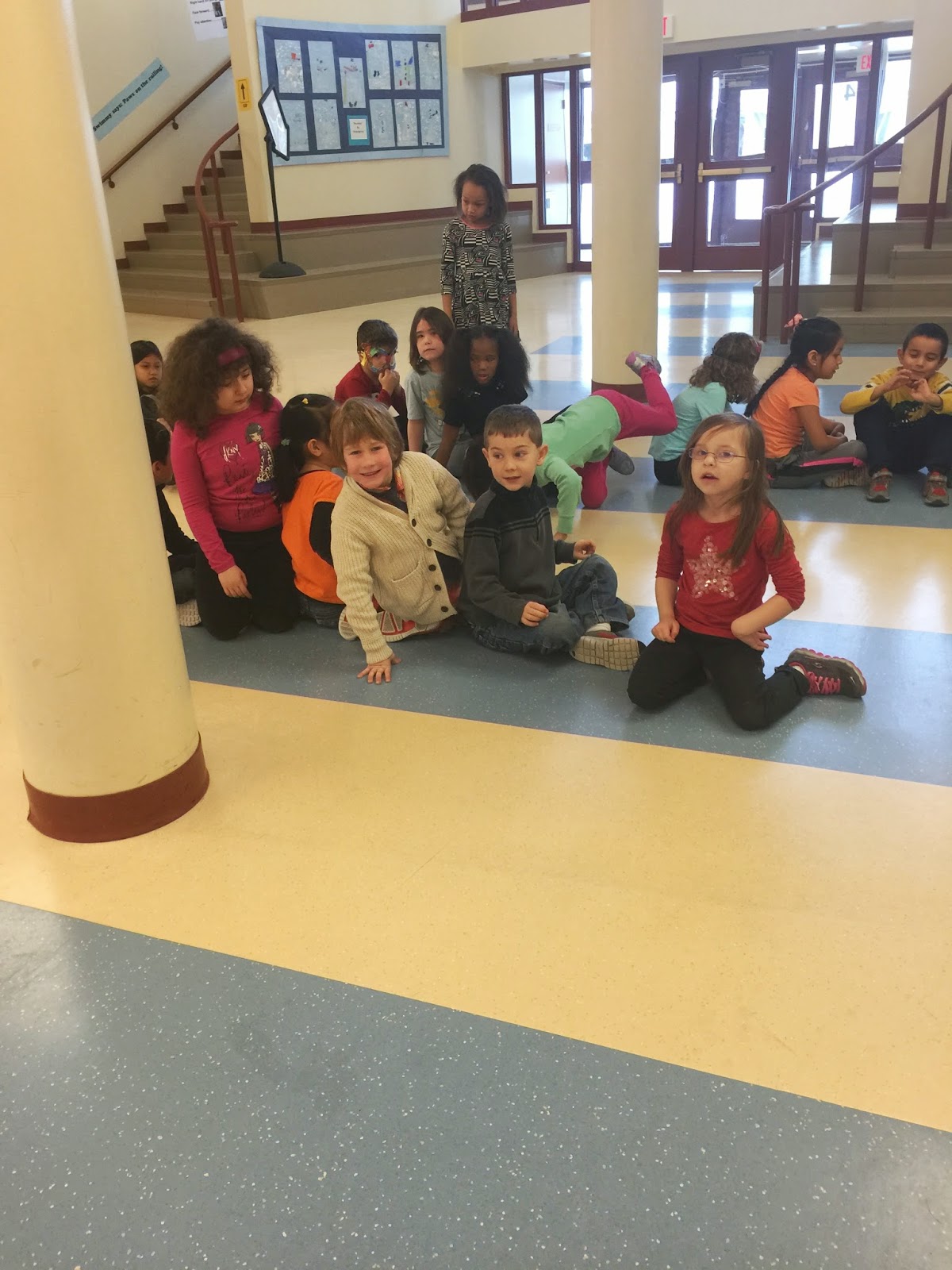 I got to help the kids individually while they worked on 100 Day books.  They had to read the prompt and fill in the blank and then illustrate their pages.

When prompted "If I had 100 dollars, I would," Jack responded "buy a giant balloon."  They he rolled his eyes and said, "That one was so obvious."  I am still laughing. 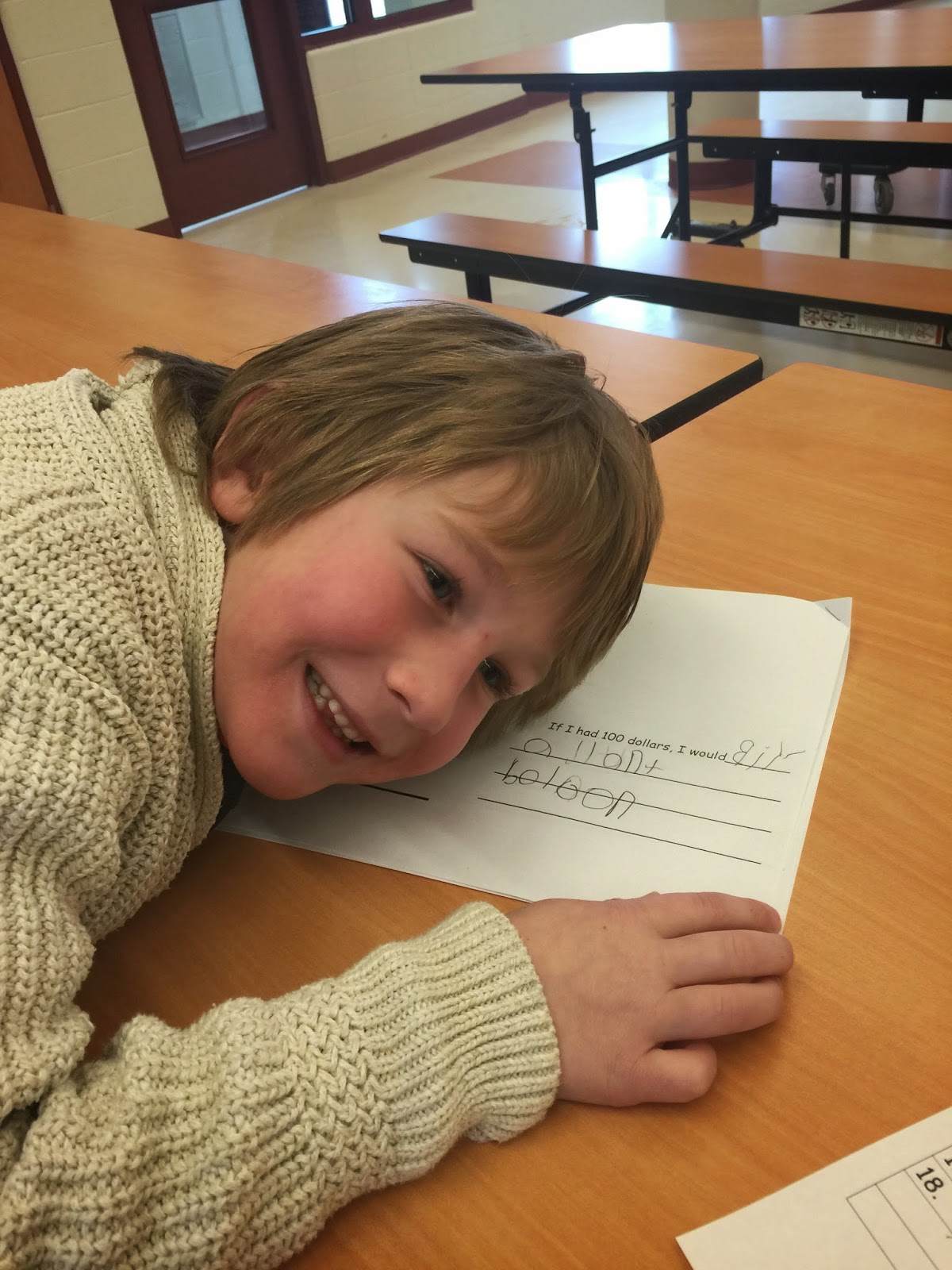 When Ben and I left Harry and Jack to their own devices to get ready for the science show, they chose some crazy outfits, much to our delight.  So we decided to stop picking out their clothes for them ever because now we will be entertained everyday.  They repeated their science show outfits for school today: 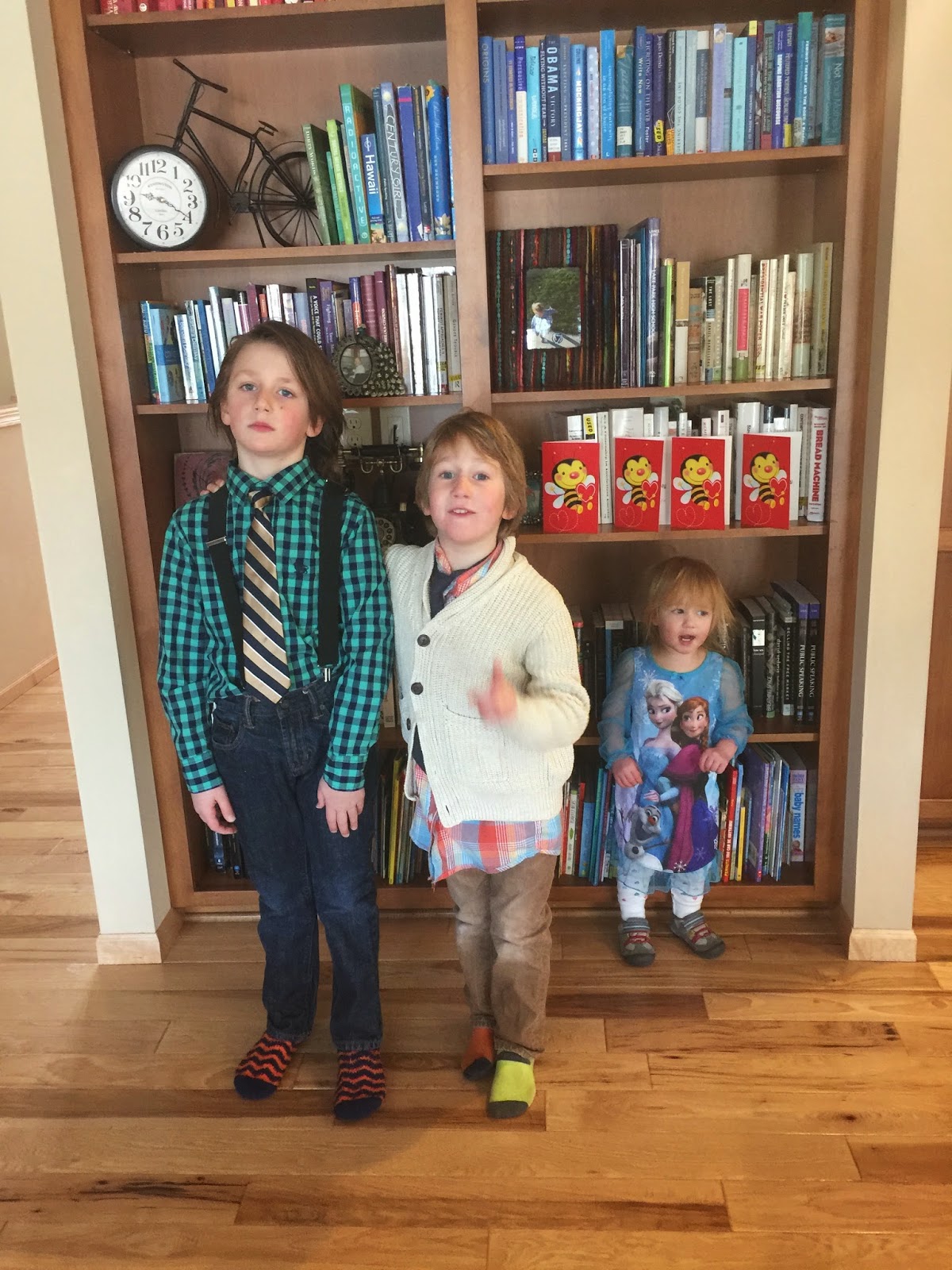 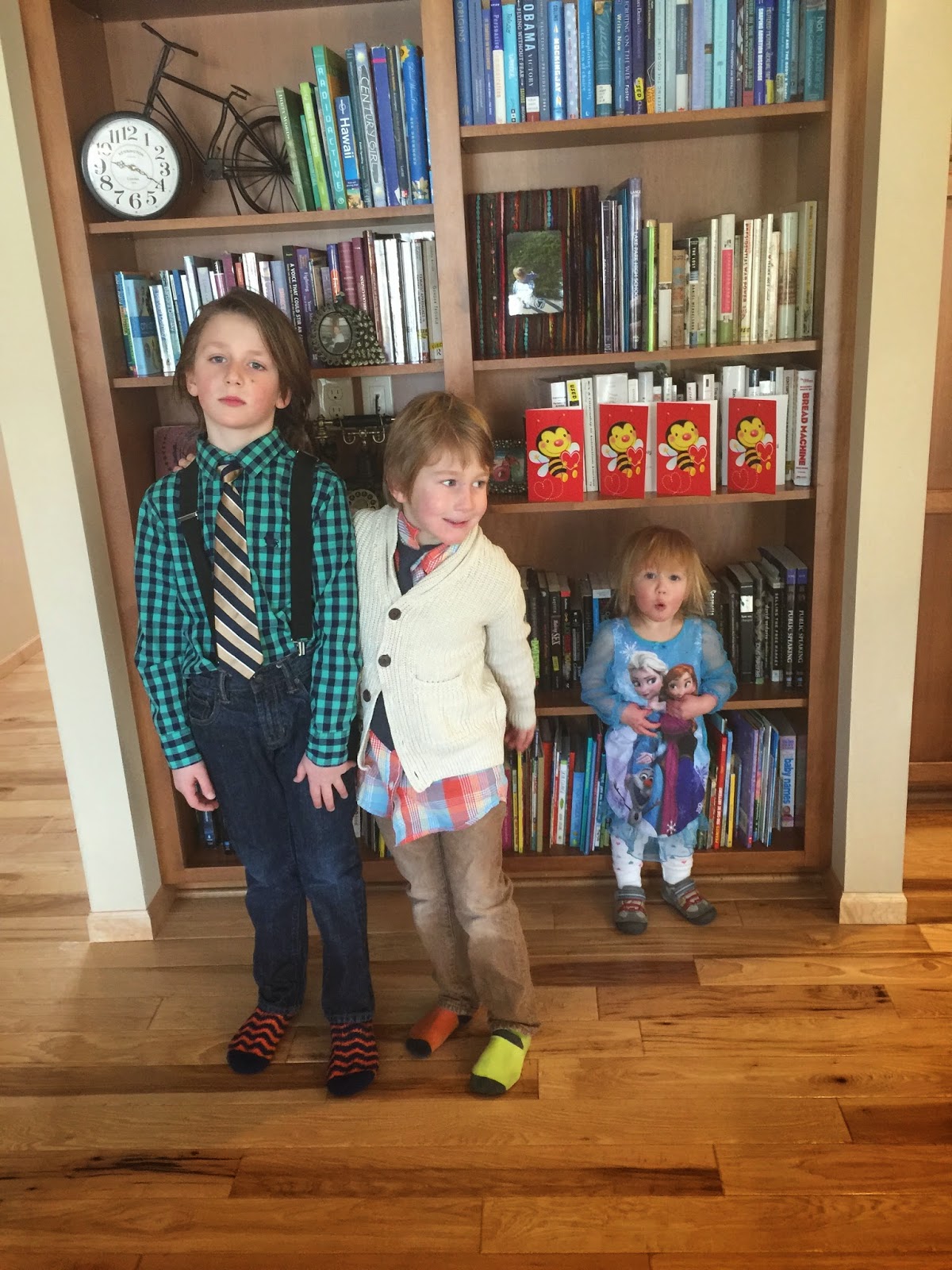 Dorothy's face in the second picture pretty much says it all.

And as great as those clothes (and stiff hairstyles) are, they don't beat Dorothy's warrior princess get up from a few days ago.  I mean, what could? 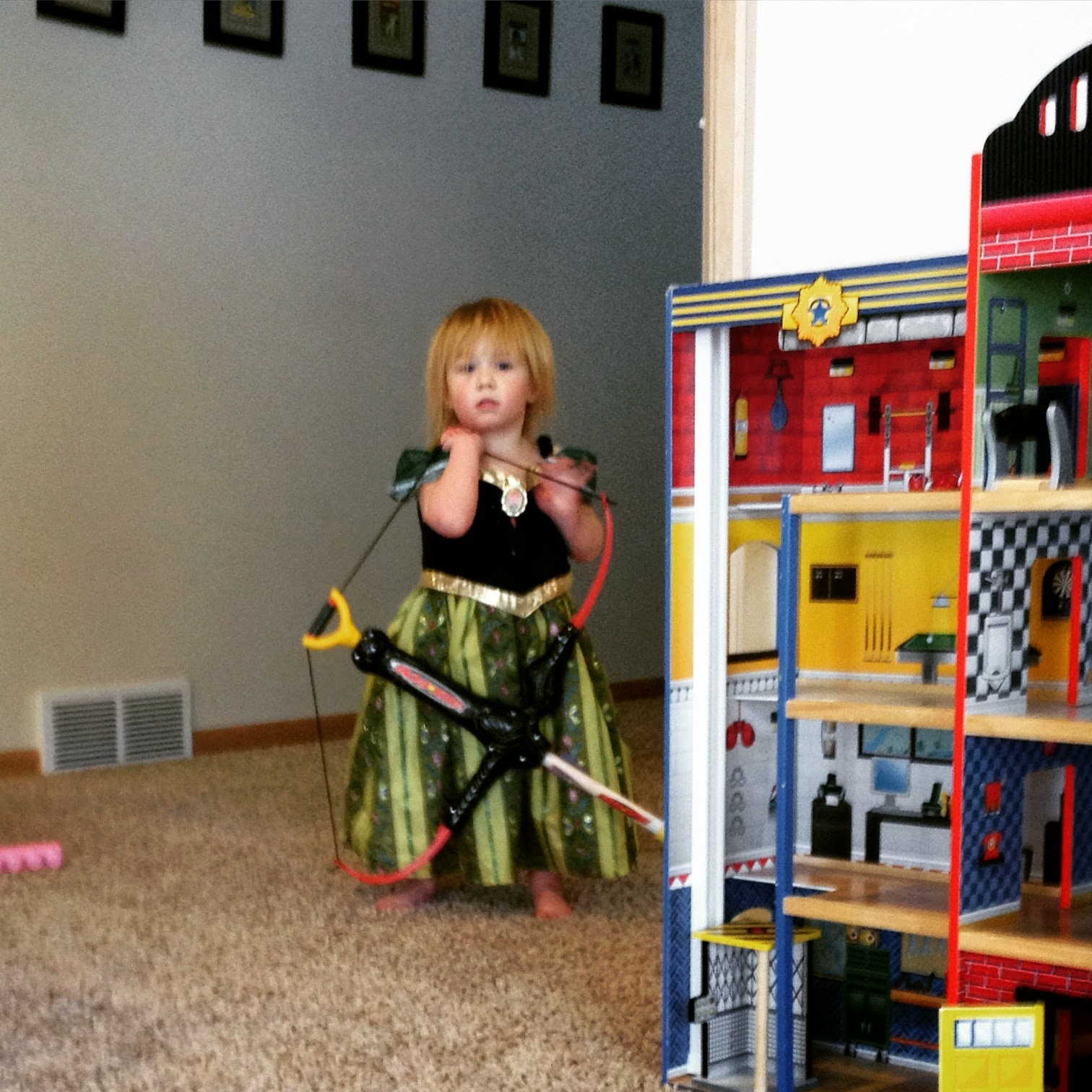 Me too with the grading! It seems like all I do! Crazy.