Our nieghbors hate us. Happy V-day! 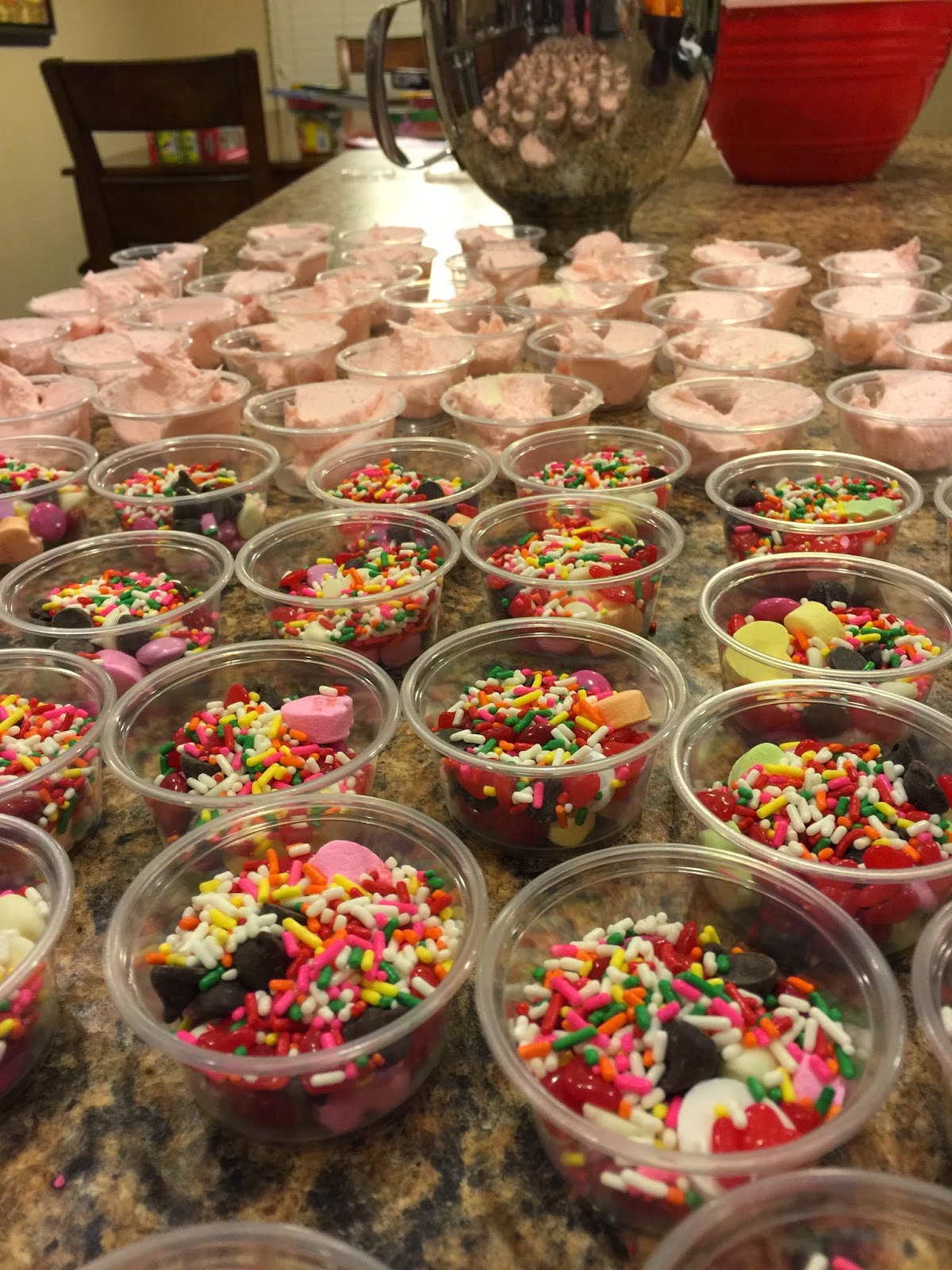 I LOVE Valentines Day.  For the past few years, I have been making cookies and decorating kits for the kids' classrooms, mainly because they always want to just buy borning old store bought Valentines.  Boo. 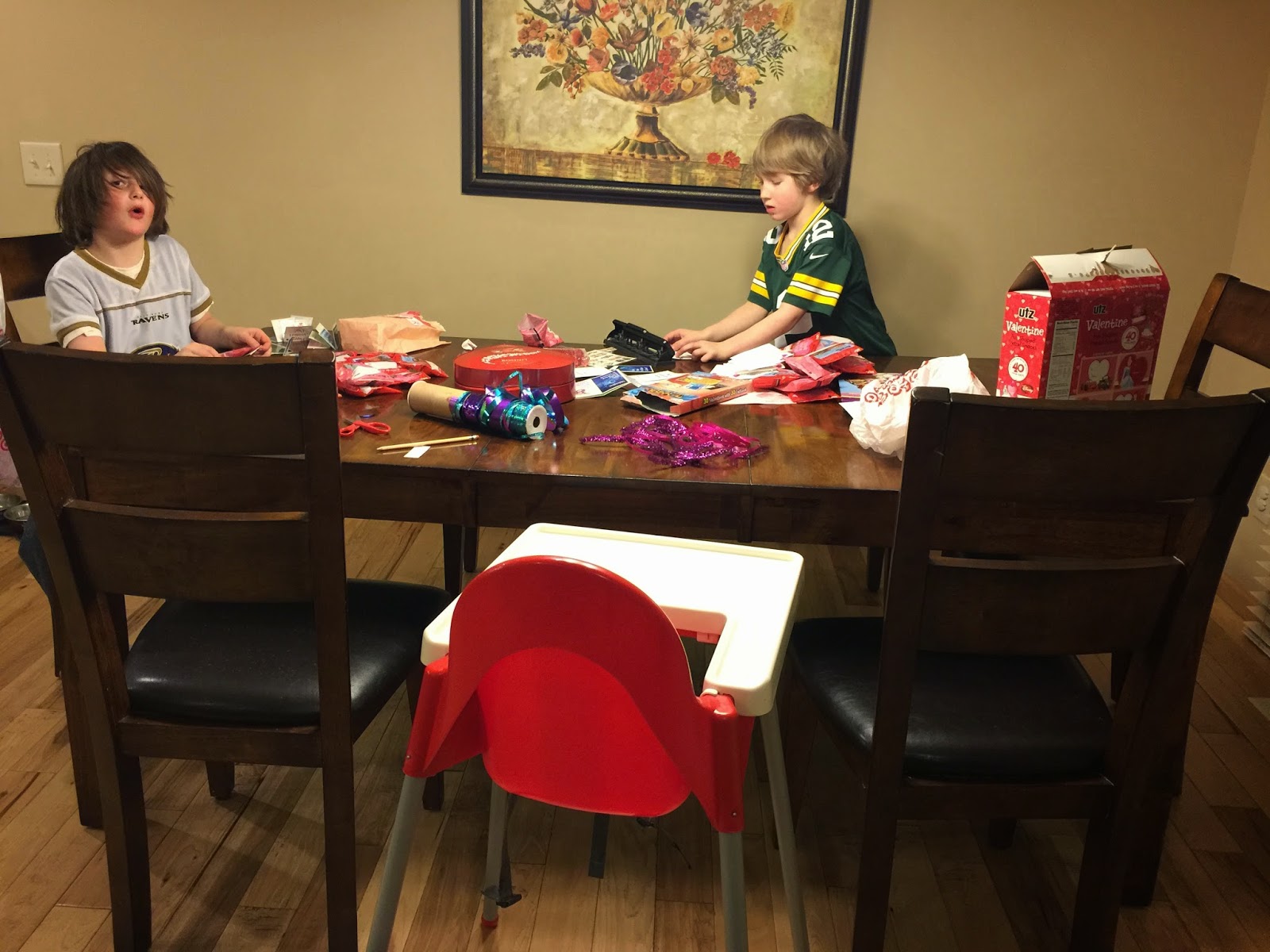 Also because by February we are totally done being sick of cut out cookies and frosting. 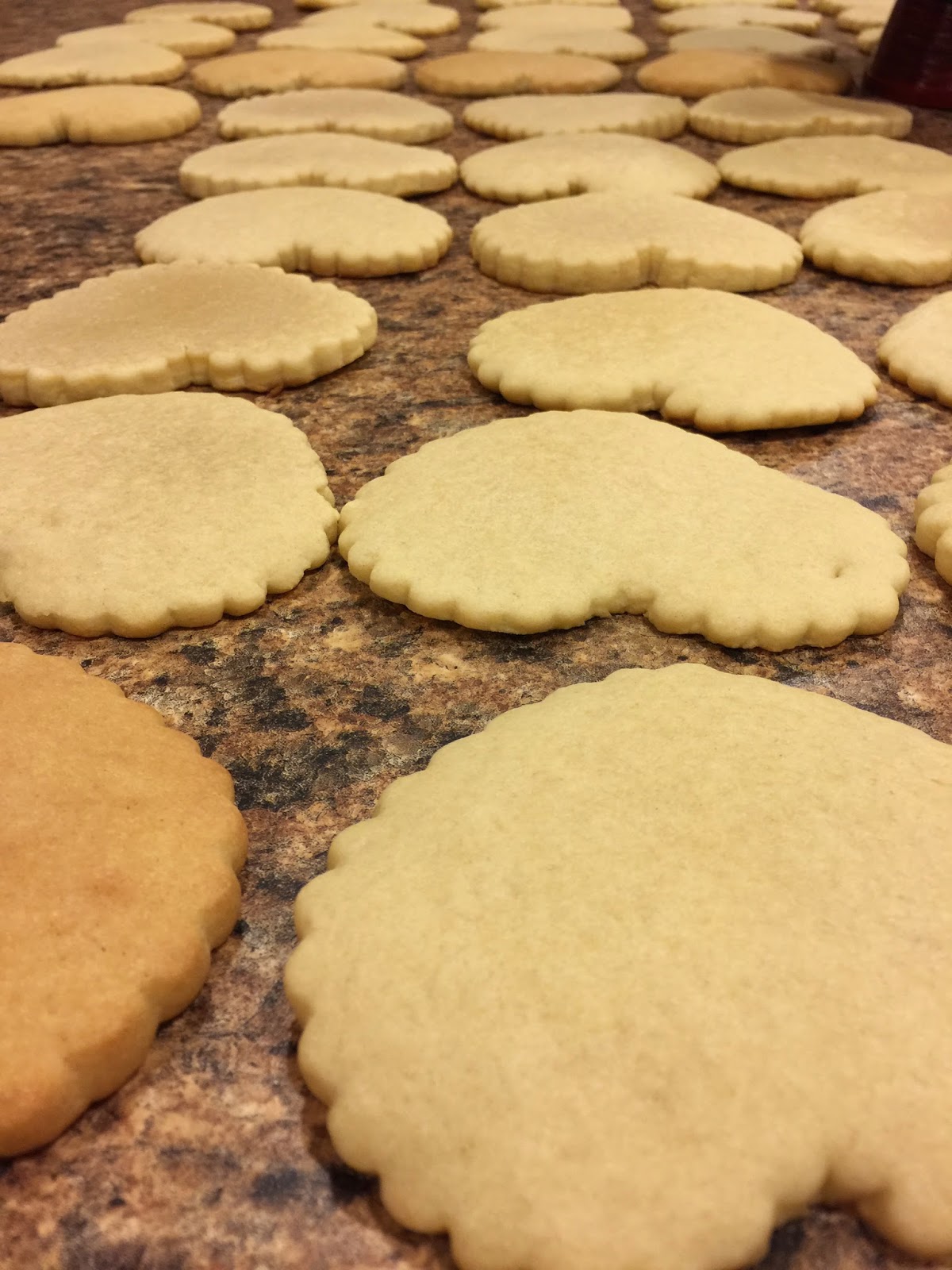 OMG you guys-- she was nursing her doll!  It was presh. 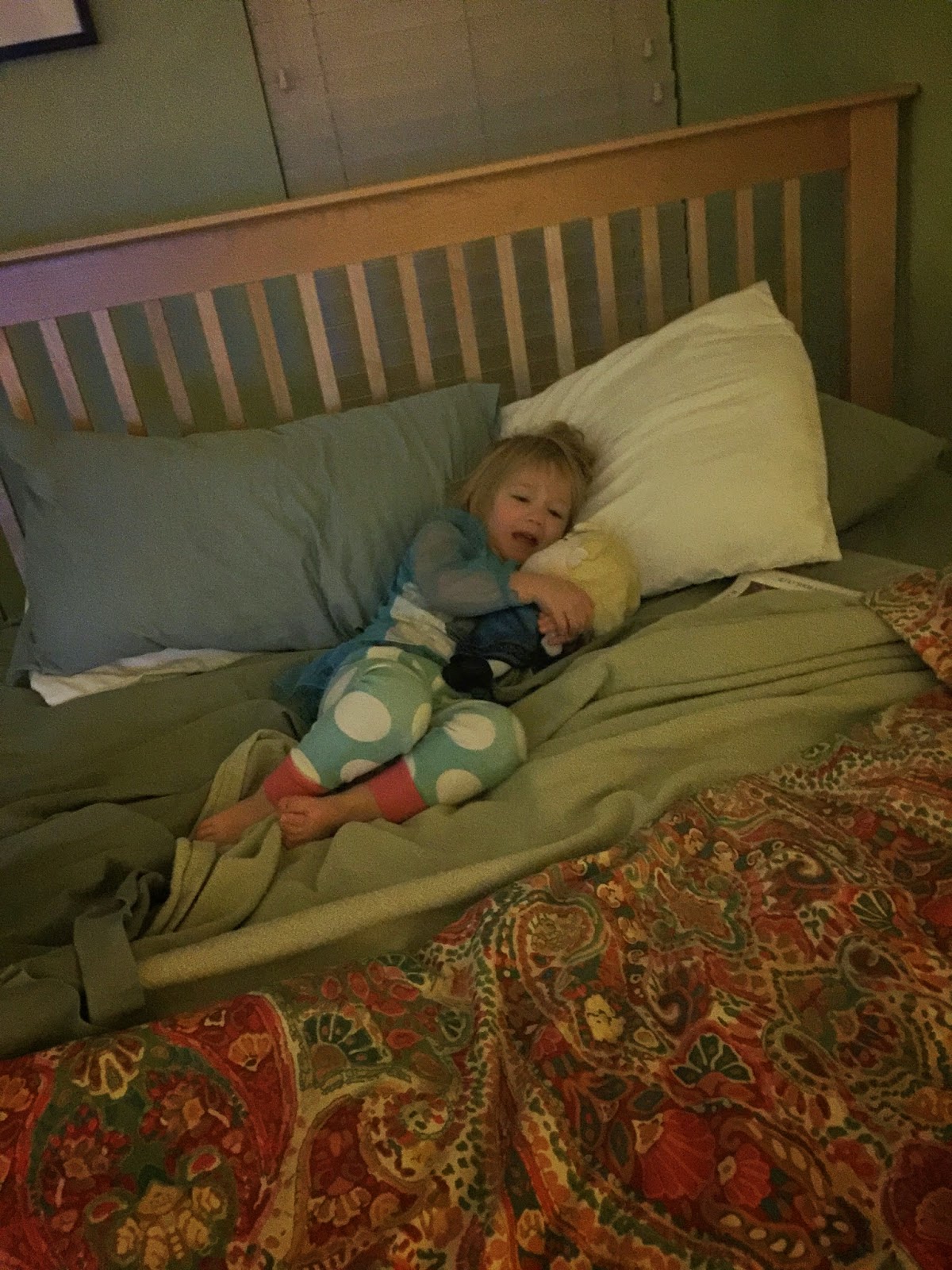 In Harry's class, some kids carefully frosted their cookies and artfully arranged a select amount of candy on top, and some kids slapped as much frosting as they could on the cookie and used their dirty palms to press ALL OF THE CANDY onto the cookie. 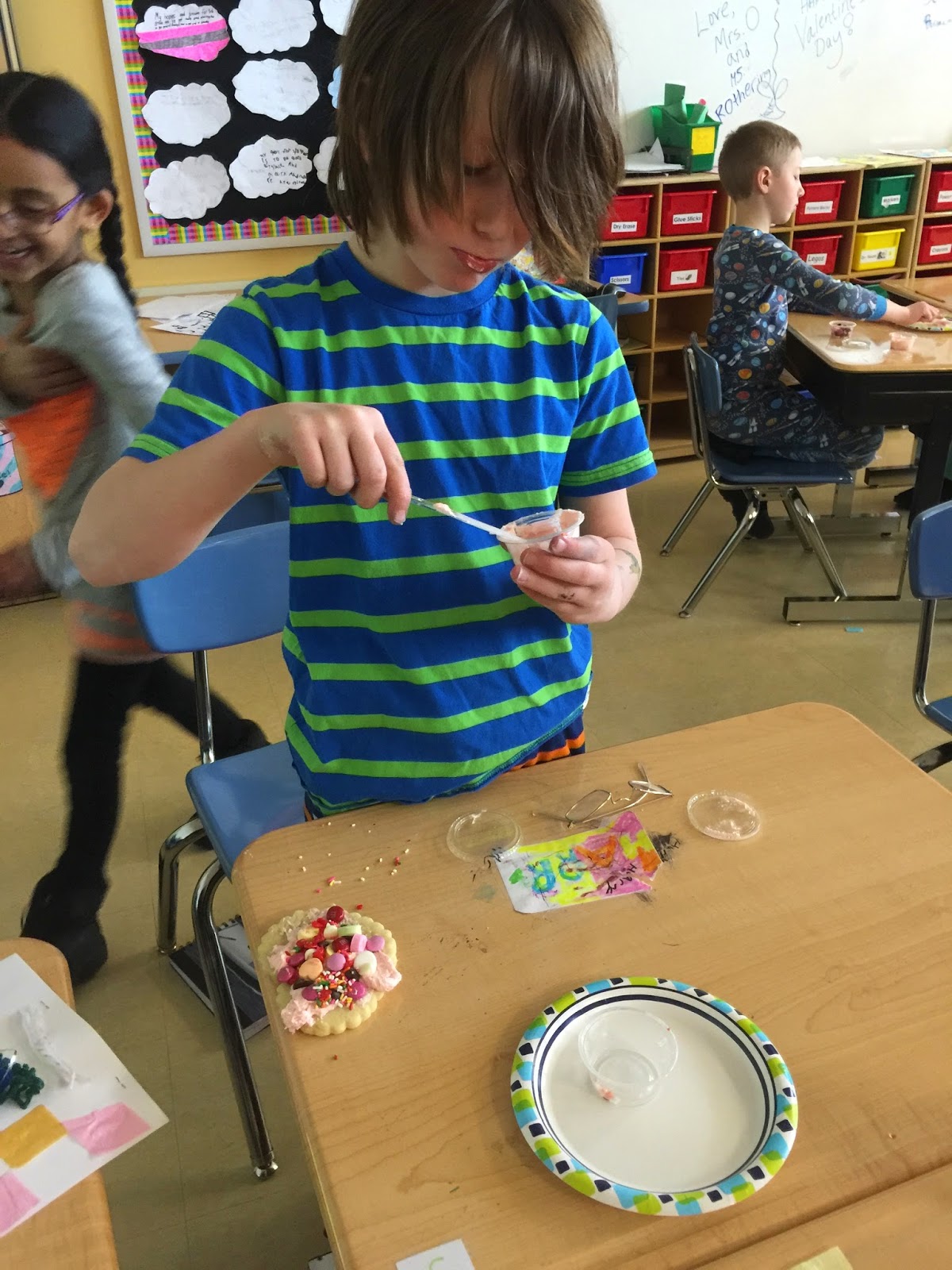 Not hard to guess which camp Harry falls into. 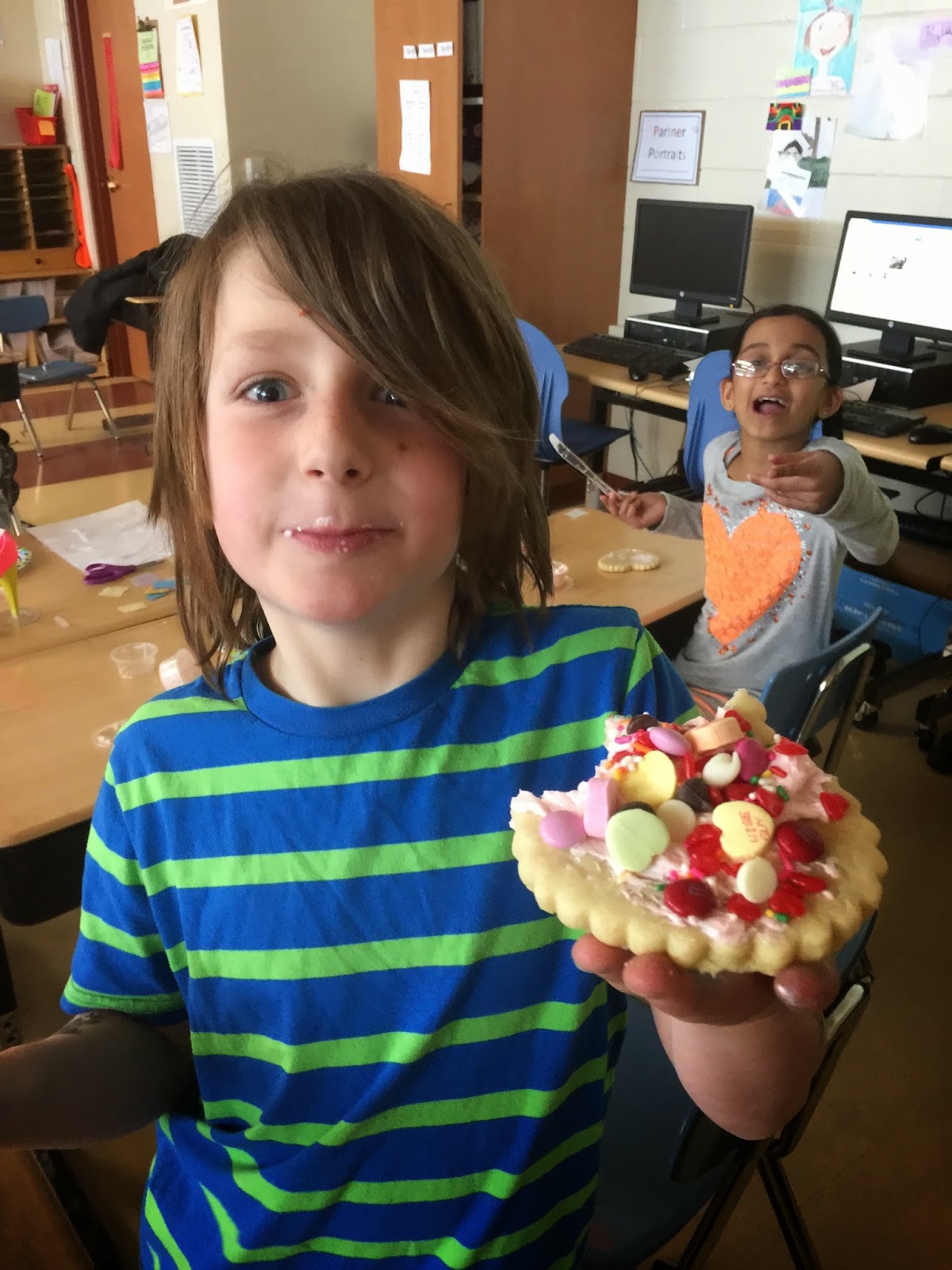 Interestingly, when I gave the third graders their plastic knives, the teacher said, "What's pour rule for knives?" And all the kids chanted "No stabbing."  Erm.

In Jack's class, there was no knife excitement, but almost all the kids passed out candy (Jack brought sensible pretzels).  The teacher asked the class how many pieces of candy would be reasonable fpr them to eat at the party, and Jack said in a sing-song voice "9 pieces."  Clearly he was expecting everyone to join in with him and was really surprised when they didn't.  Ha!  (The teacher was thinking 2 pieces, BTW).

Ultimately, the first graders were more joyful than the third gradrs but also more restrained. 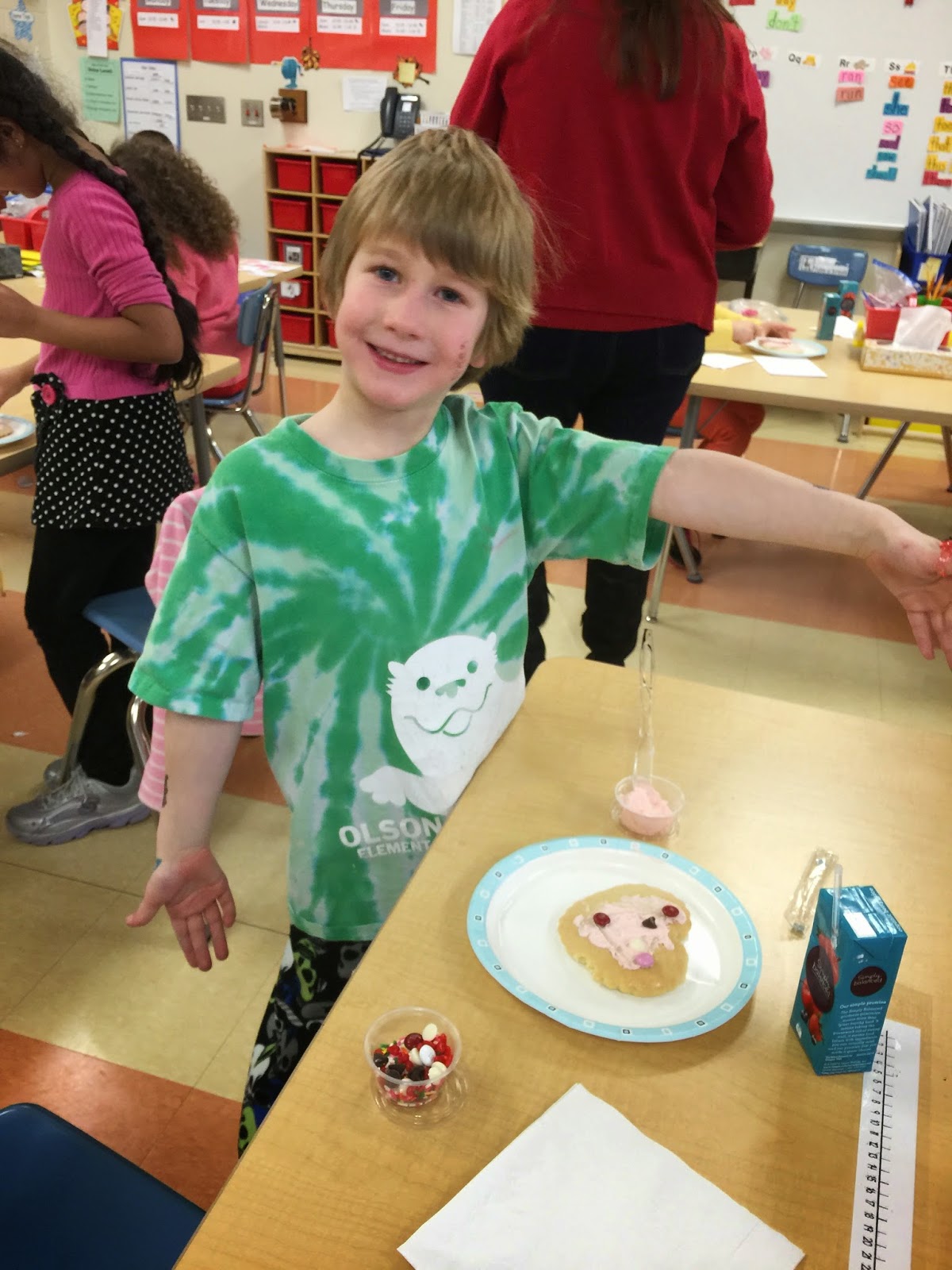 These blowy things were a HUGE hit.  I see future birthday party favors for sure. 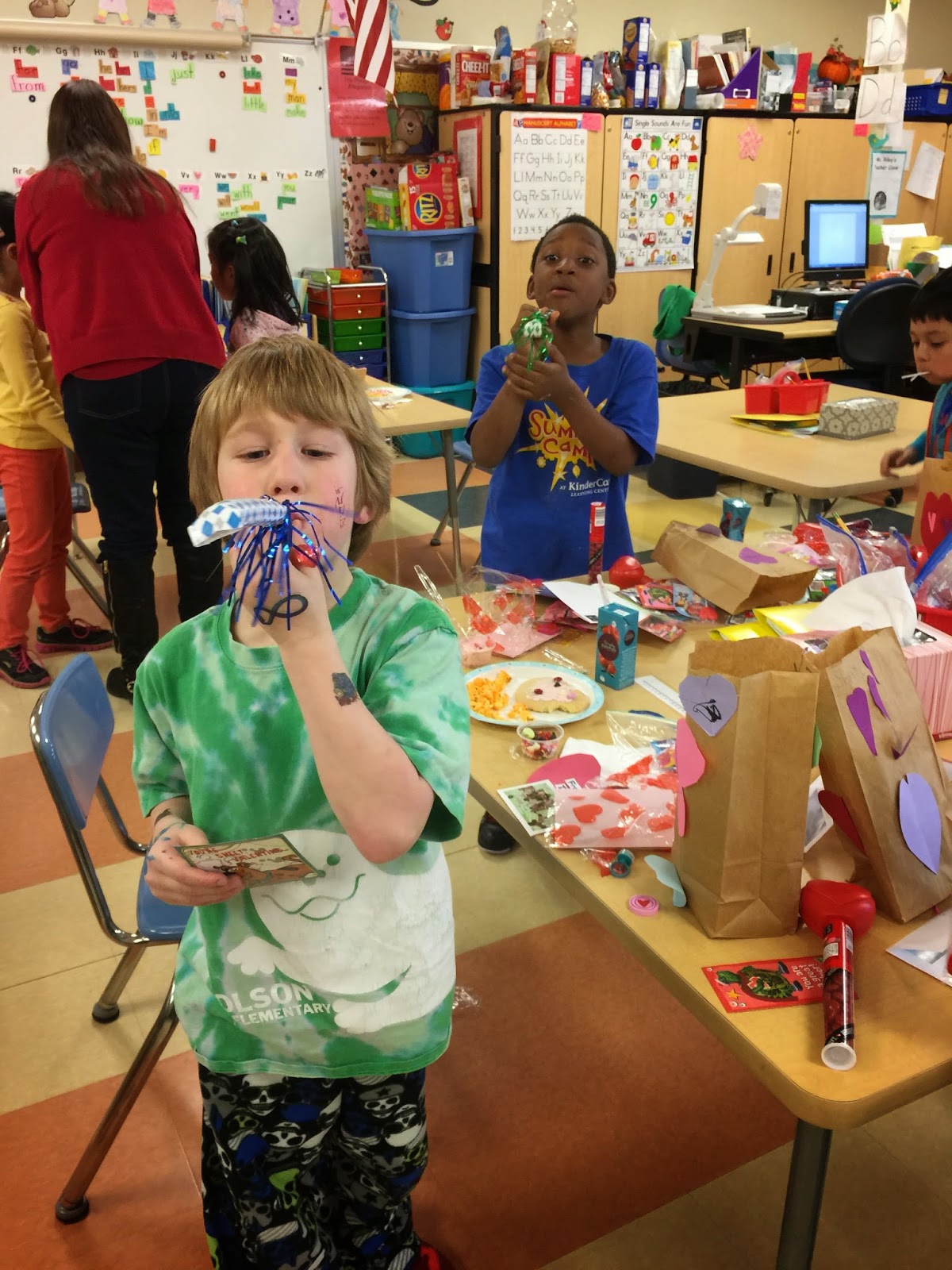 Jack's girlfriend gave him a heart shaped peppermint patty.  He was enamored.  It was pajama day, BTW, which is why the kids look so grubby. 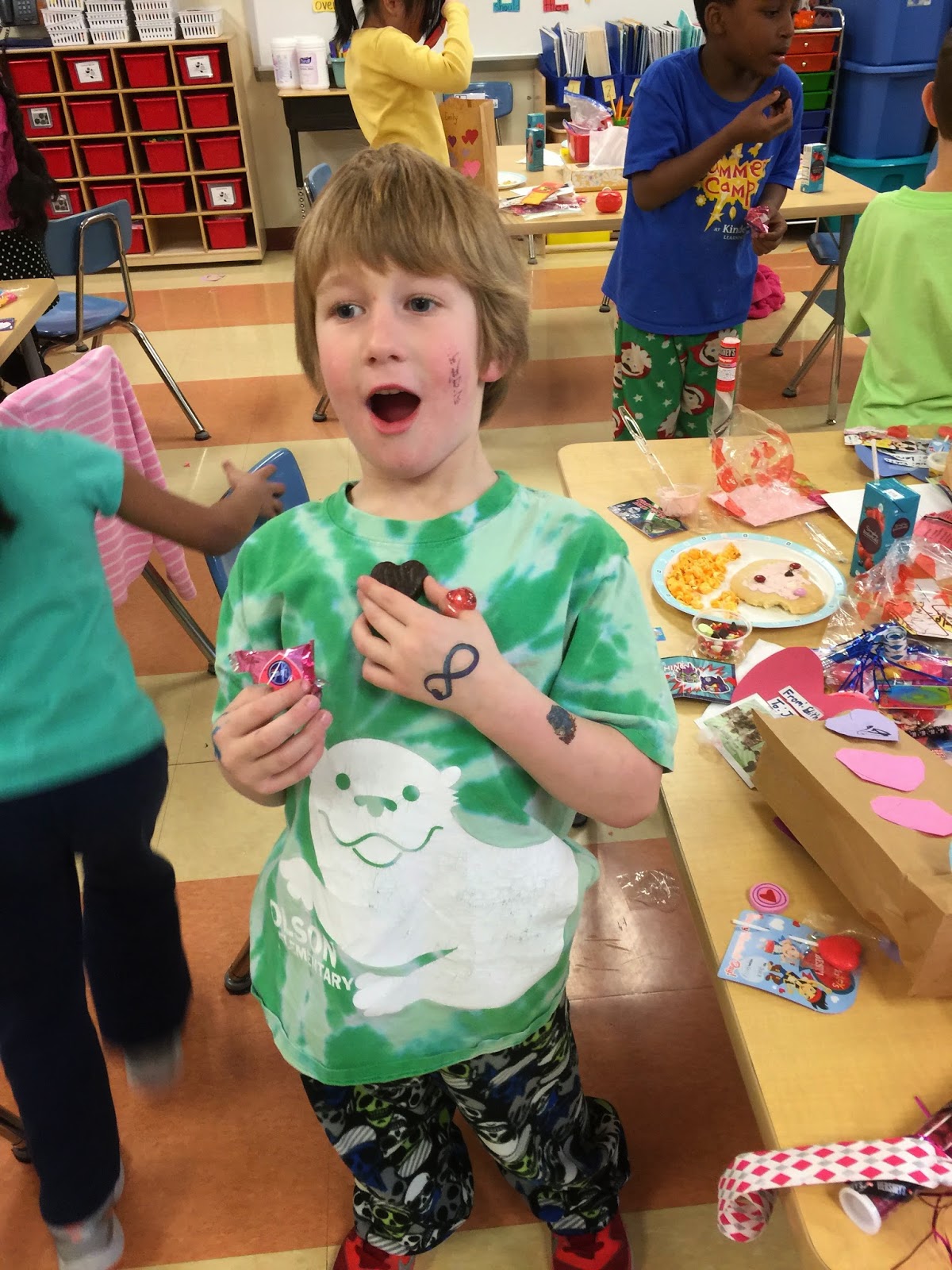 When you have 4 kids, even minor holidays get kind of major. 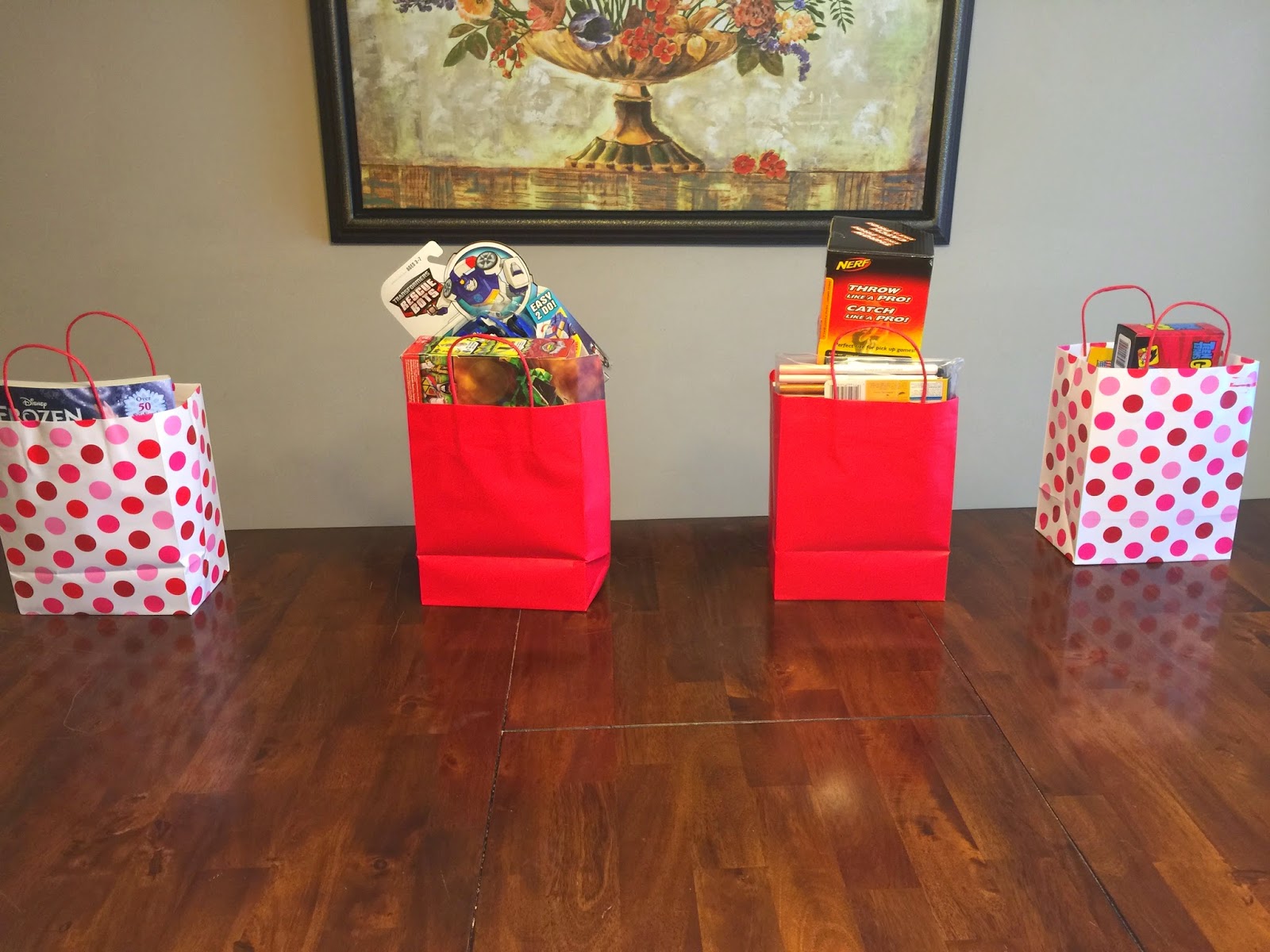 Dorothy has never had a box of chocolates before, and she was a fan. 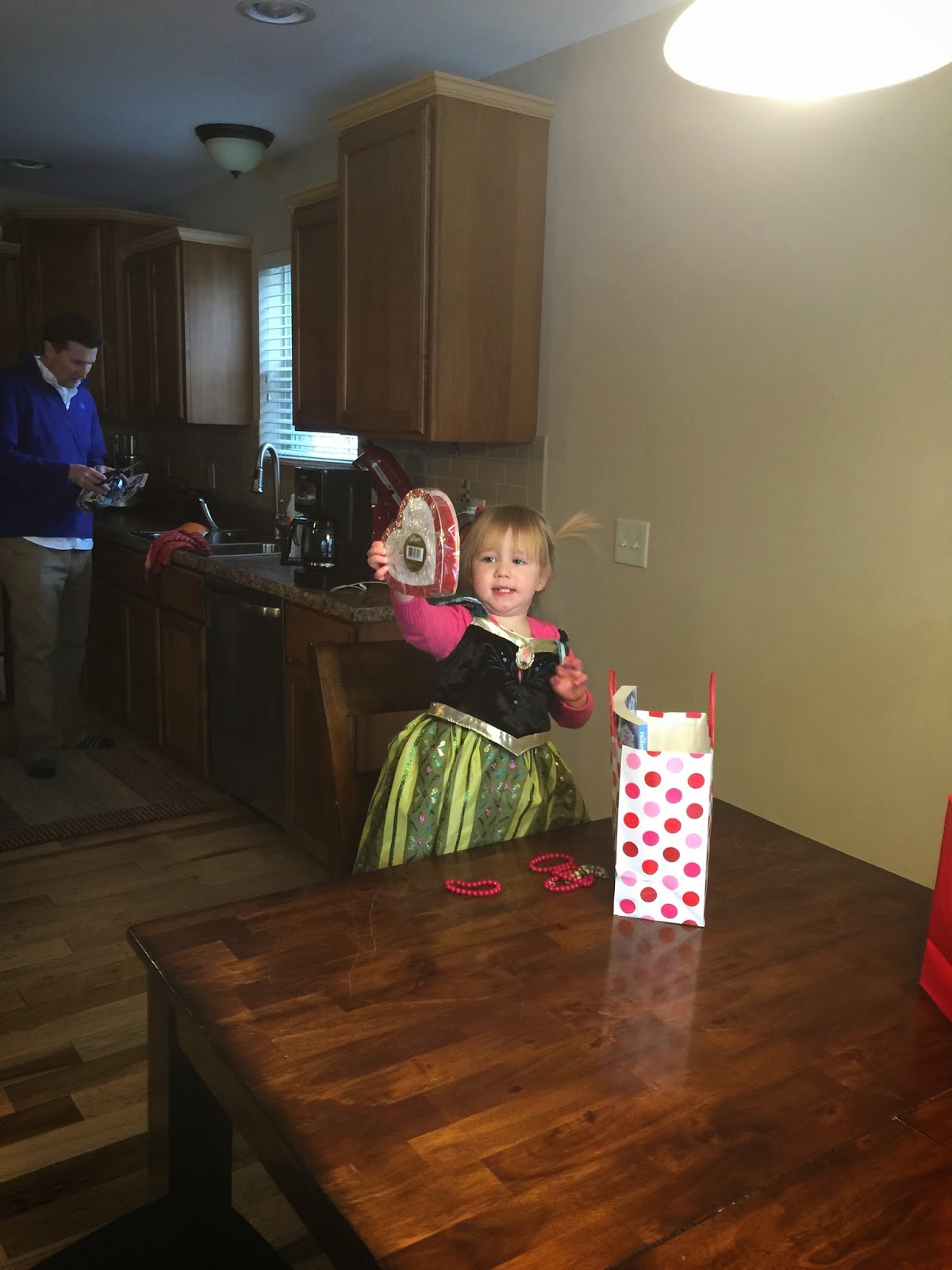 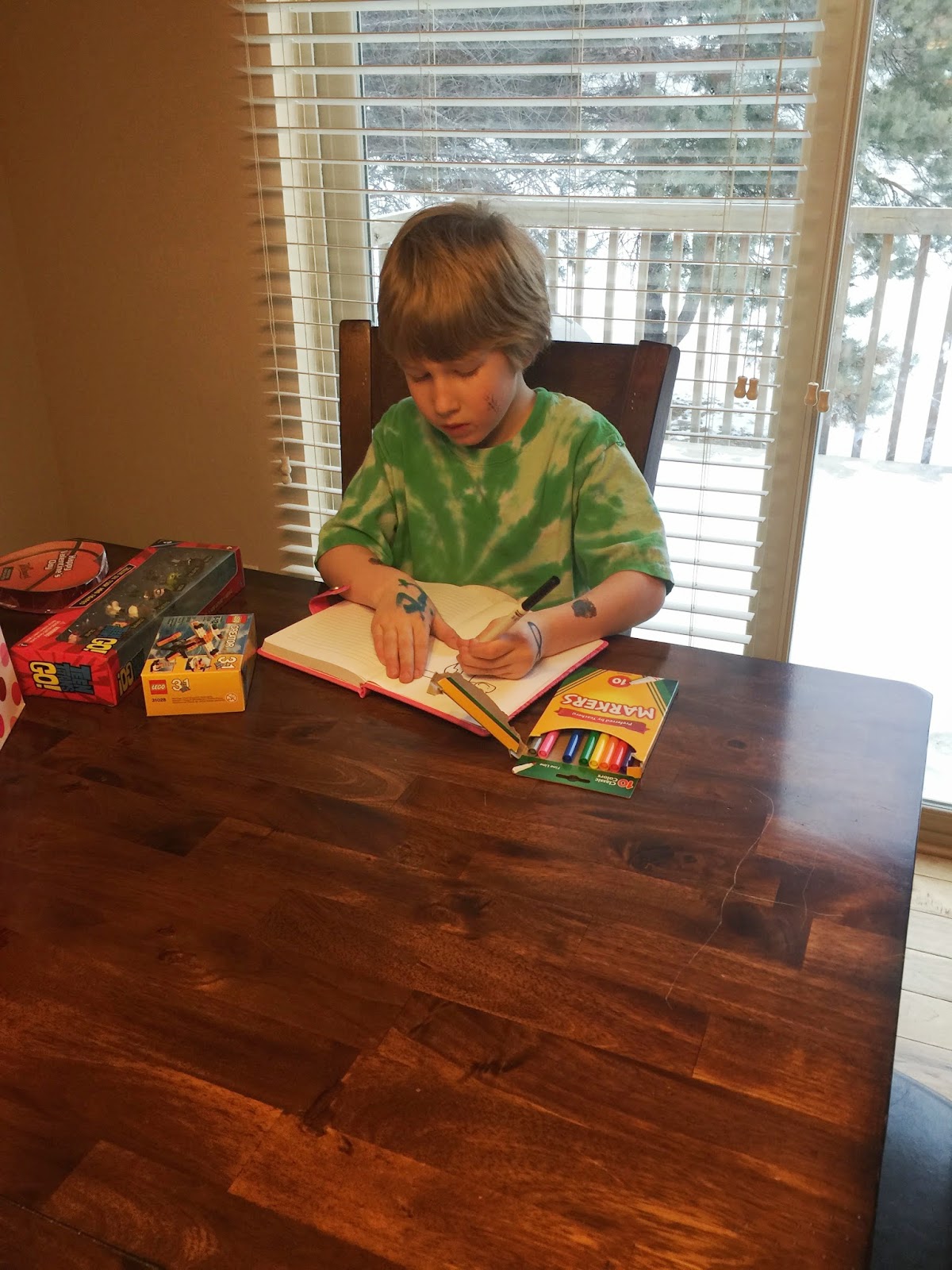 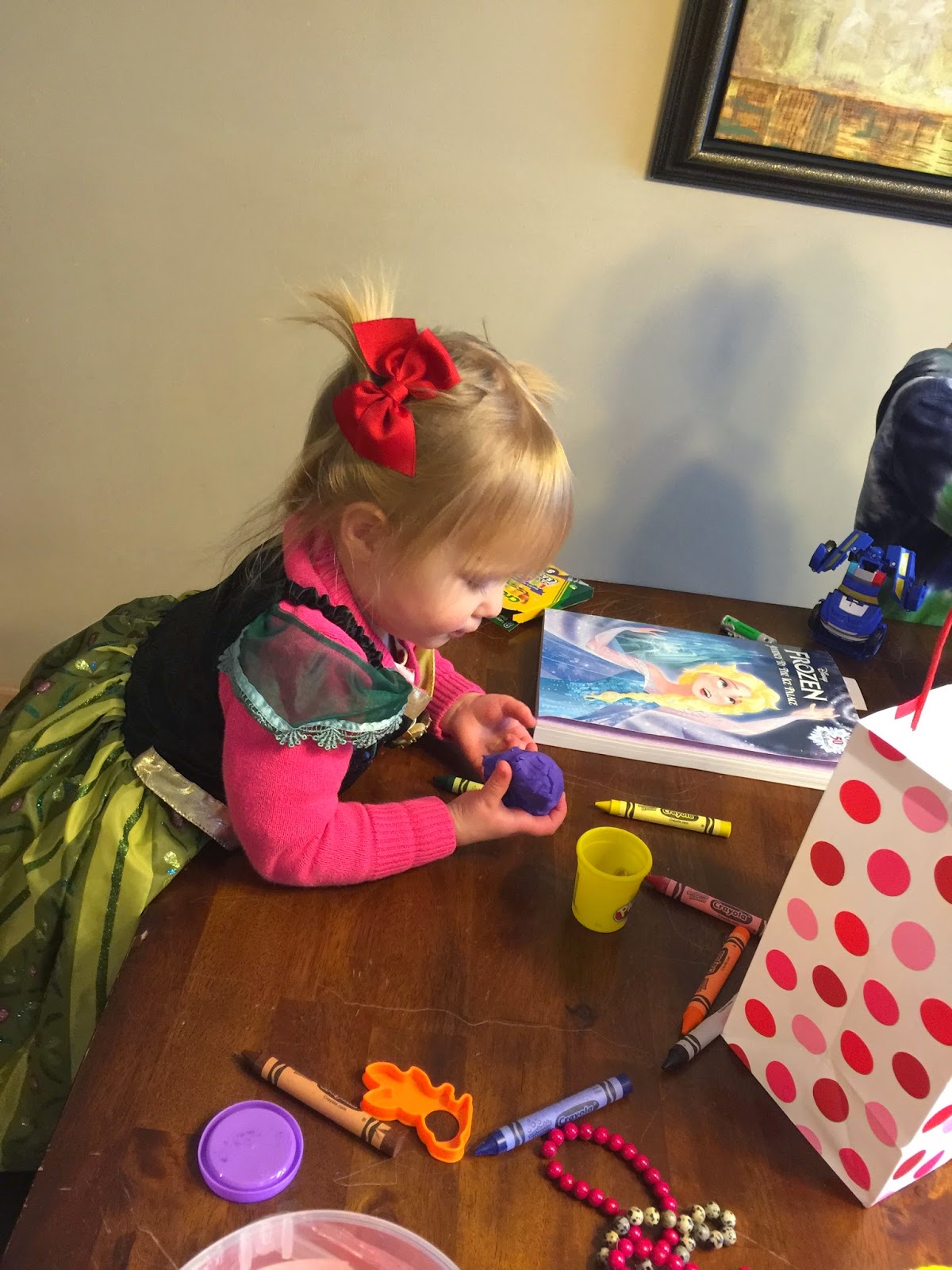 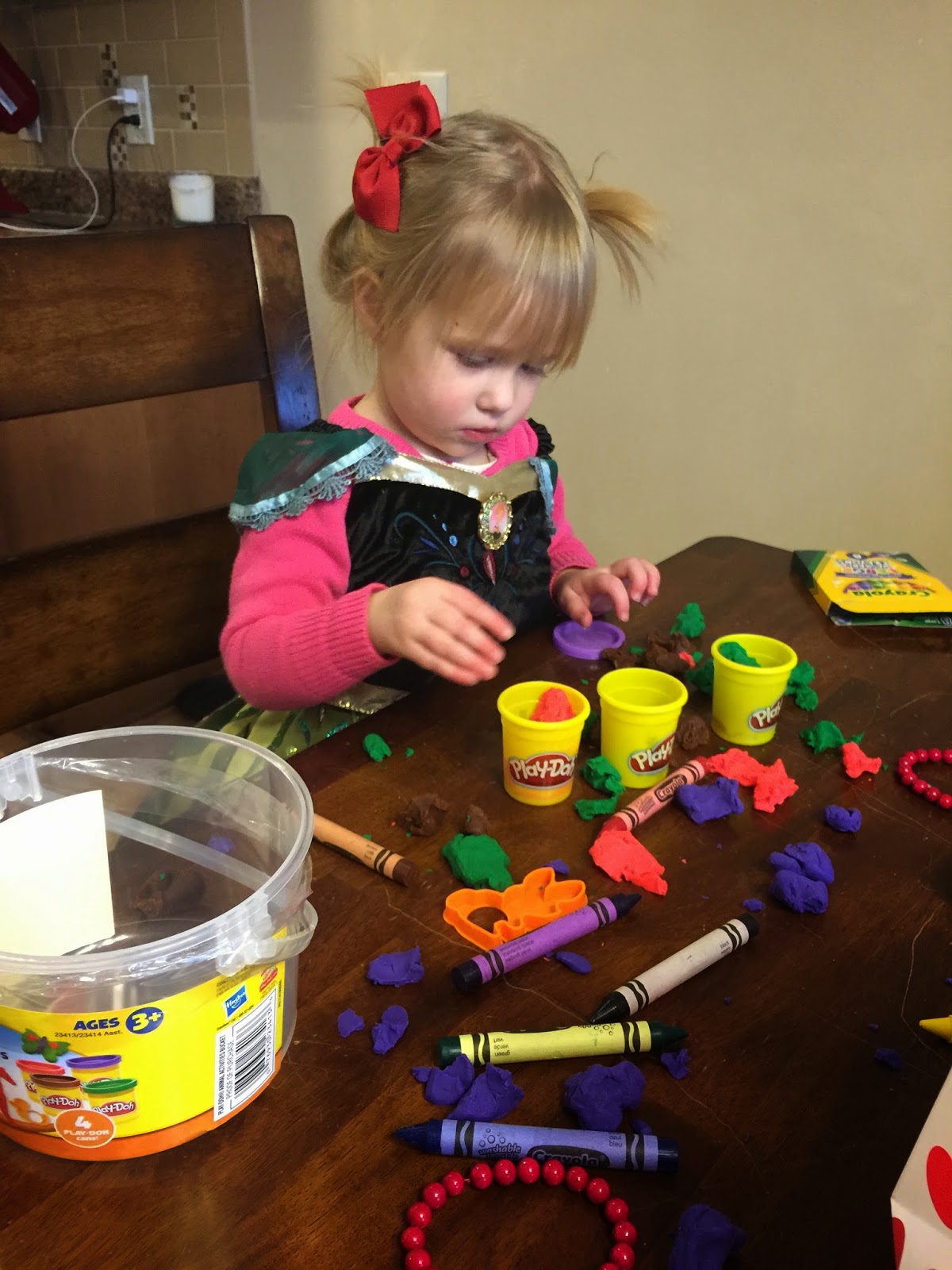 We gave the kids their presents on Friday because today, the plan was to get up early and go to my parents' house for my brother's baby shower, stopping at Bradley where we met and fell in love for a campus walk around, a trip to the bookstore, and the lunch at bar where we used to drink til we vomited.  Then we planned to drive home at like 4 or 5 so harry could play hockey tomorrow morning and we wouldn't have to stay in a hotel just to leave at the crack of 6 am.

We stayed up until midnight putting new media on all the iPads in anticipation of an 8-hour car day, packed the babies each an extra outfit, gathered up all the Valentine candy and a couple of sippy cups and the camera and tripod and books for everyone and you get the idea-- and we hit the road.

An hour into the trip, we encountered a full-on white out from blowing snow and fish tailed all over the road.  Ben couldn't see the brake lights of the car in front of him, which made tapping our brakes at 70 mph really fucking scary.  SO we turned around and went home because it is so cold and windy and we couldn't imagine making the drive ay night.  Which was SO SAD because we really wanted to see my grandma and aunt and sweet baby Henry.  Plus what a sweet Valentines day to visit the place where we fell in love.

Plan B was a boozy lunch at our favorite birthday bar.  Cooper spent 20 miles talking about his hot dog, fries, and milk shake. 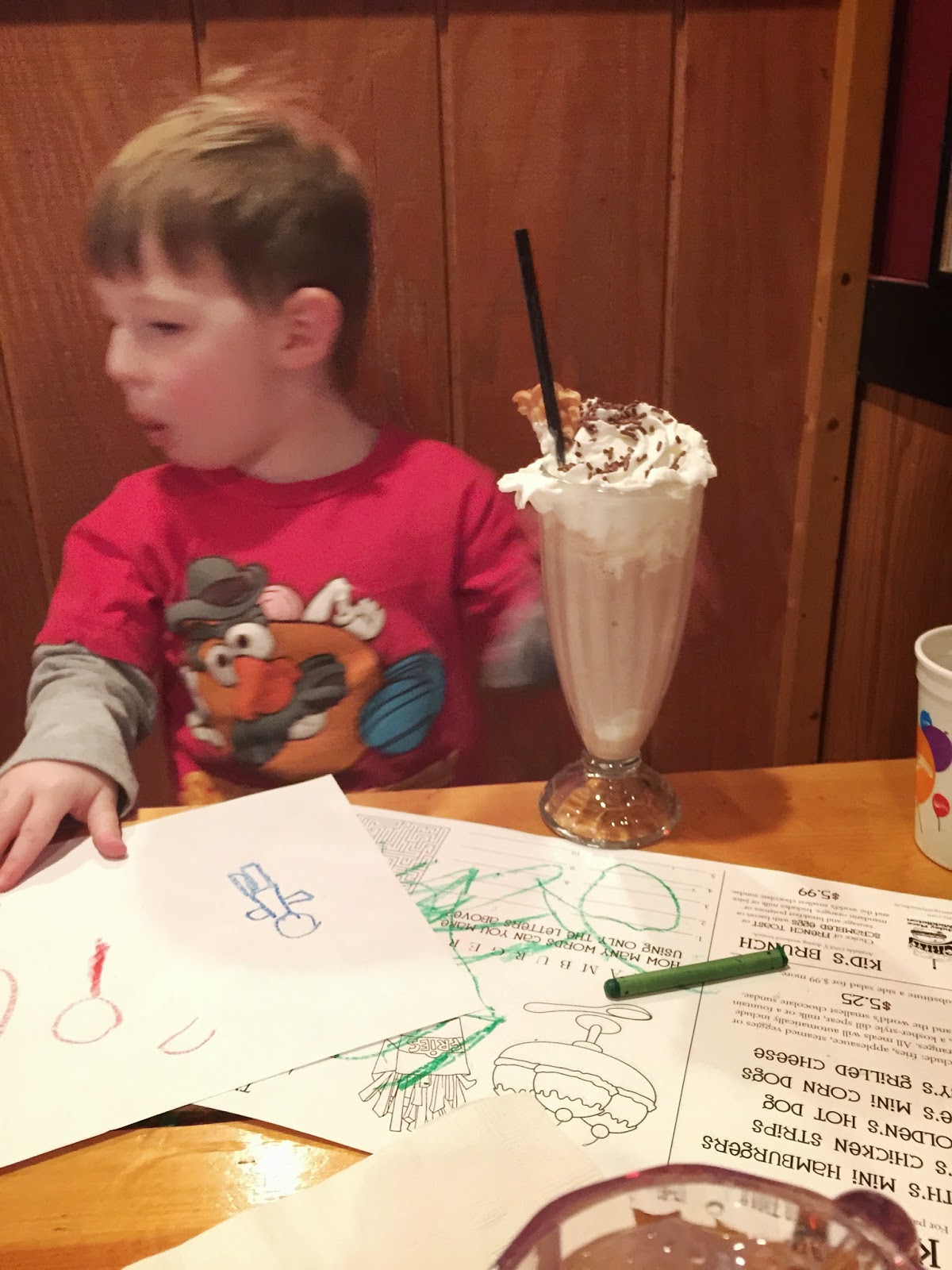 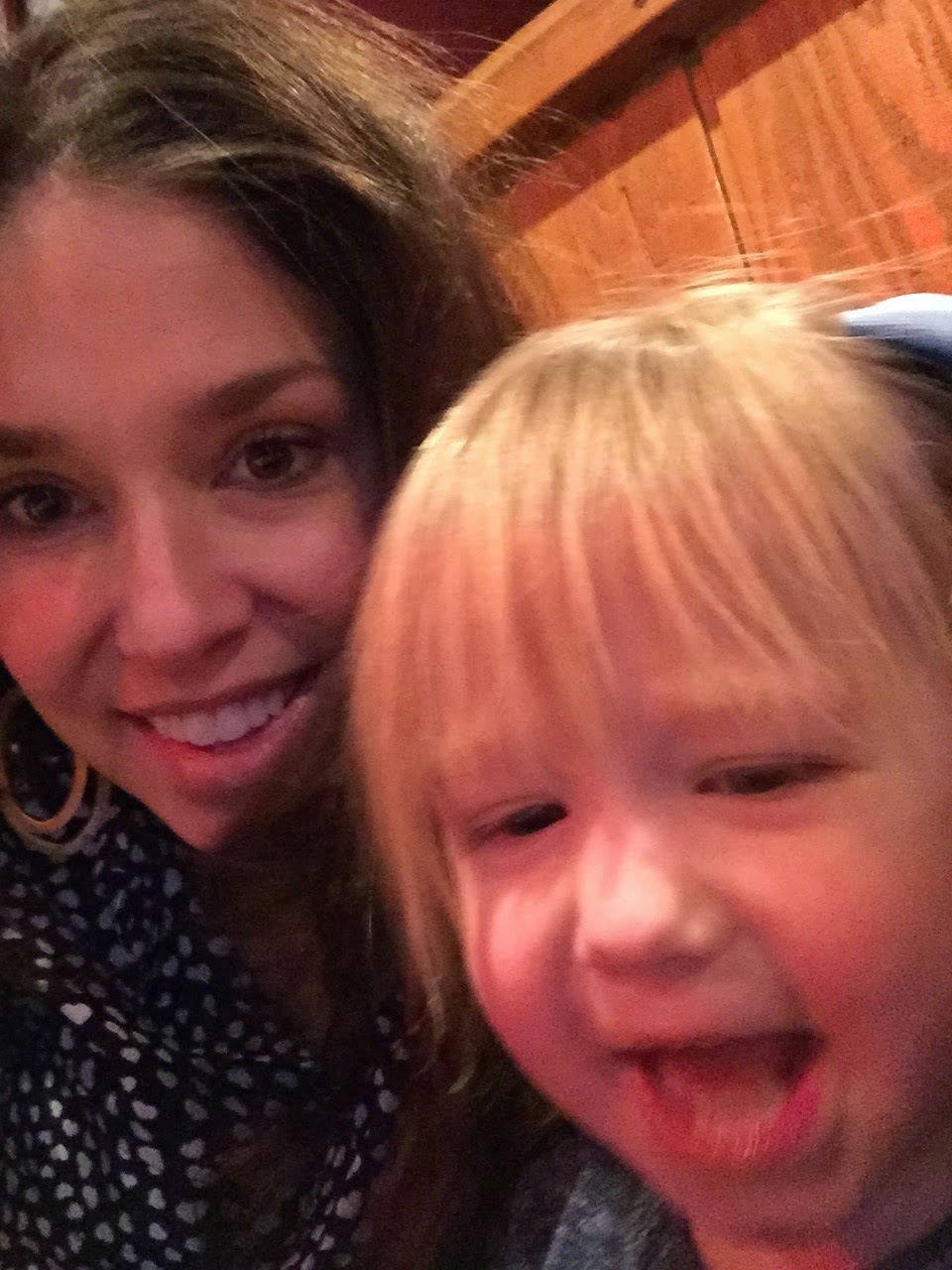 Harry said he was cold, so everyone hugged him. Back at home, Jack and I made a cake from scratch. 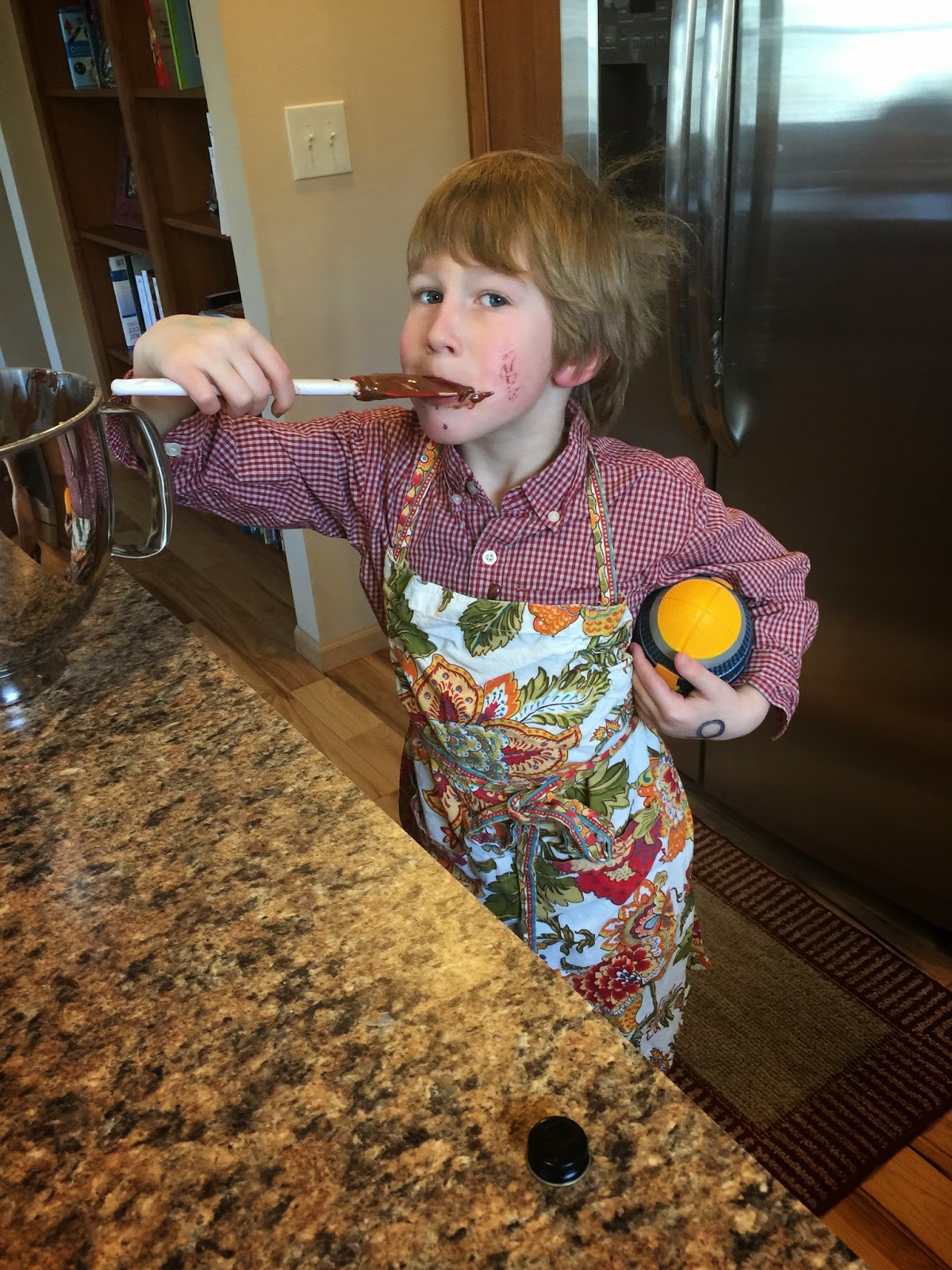 Dorothy ate a cookie in her sweet Vd-ay sweater that I bought her specifically to wear to the shower because it matched the baby M&Ms I ordered with Henry's name as a shower favor. 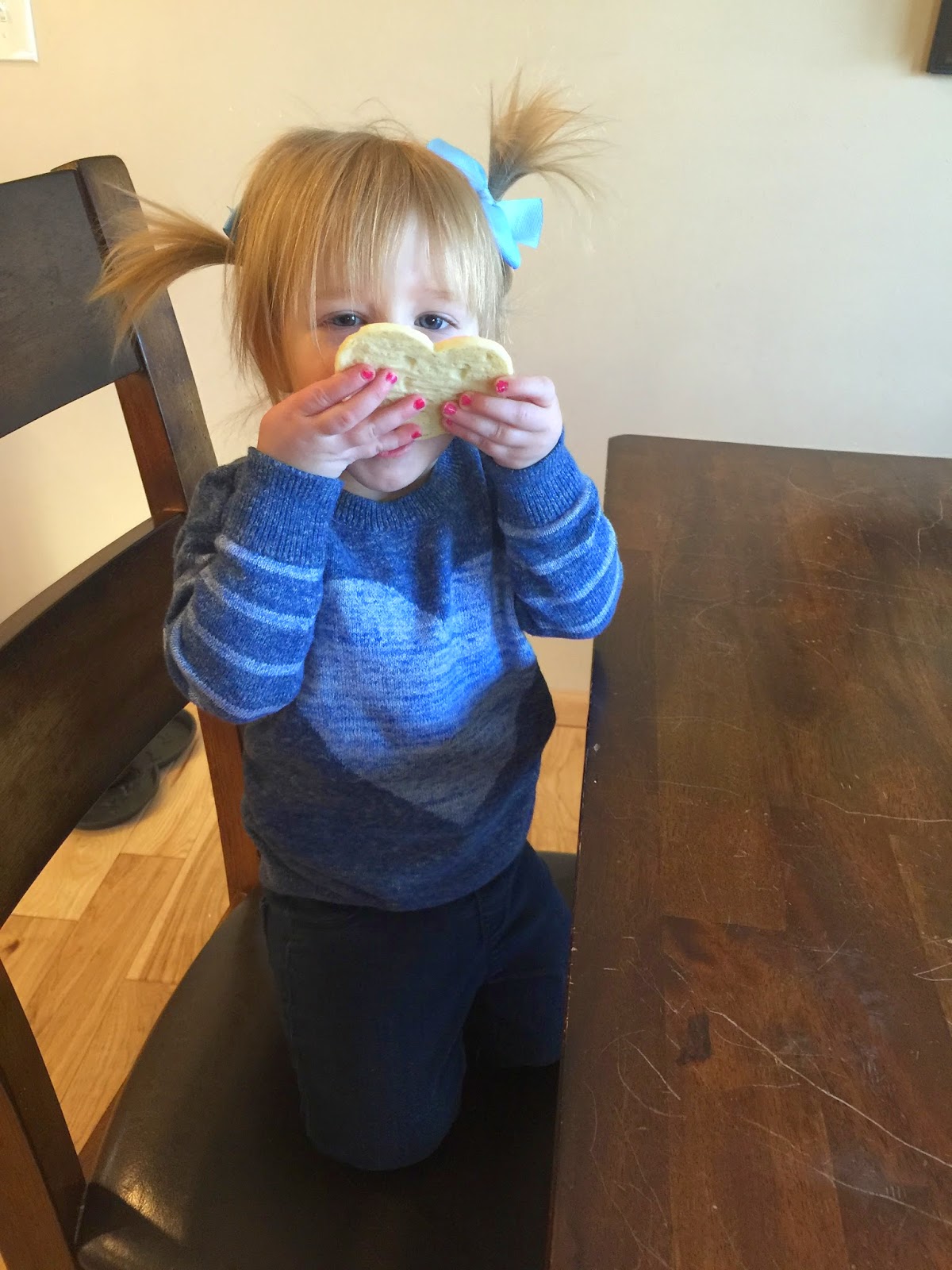 OK, so besides the shower dramz, the weirdest thing ever has happened to us.  Some random nosy neighbor called the POLICE on us to say we have 2 dogs who have been living outside all winter.  WHAT? We only know this because Thursday night at 11:00 pm when we were getting ready for bed, we heard a cop knock on the front door and sure enough A POLICEMAN was standing on our porch.  He was super nice, and he explained the complaint and asked to see Beatrix, who was snuggled in her crate in her own damn room.  He was really apologetic and said the neighbors were nuts.  And then the next day, ANIMAL CONTROL came by saying a relative of the person who called the police called her to say our dog lives outside on the deck in her igloo shaped dog house.  WHAT IN TH HELL? She was also really nice and thought Beatrix was adorable.

Obvi this is totally nuts and so, so strange.  Will keep you posted for sure. All night Ben has been screaming "She's just going out to pee" when he lets the dog out. Ha!
Posted by Sarah at 8:47 PM

Hahahaha! I am dying at Ben announcing why the dog is outside. Ha!

Hahahaha! I am dying at Ben announcing why the dog is outside. Ha!

This dog thing is killing me. SO bizarre. Also, I love your Valentine's enthusiasm! I feel robbed of my last chance for cutout sugar cookies for like ten months.