I should be reading right now 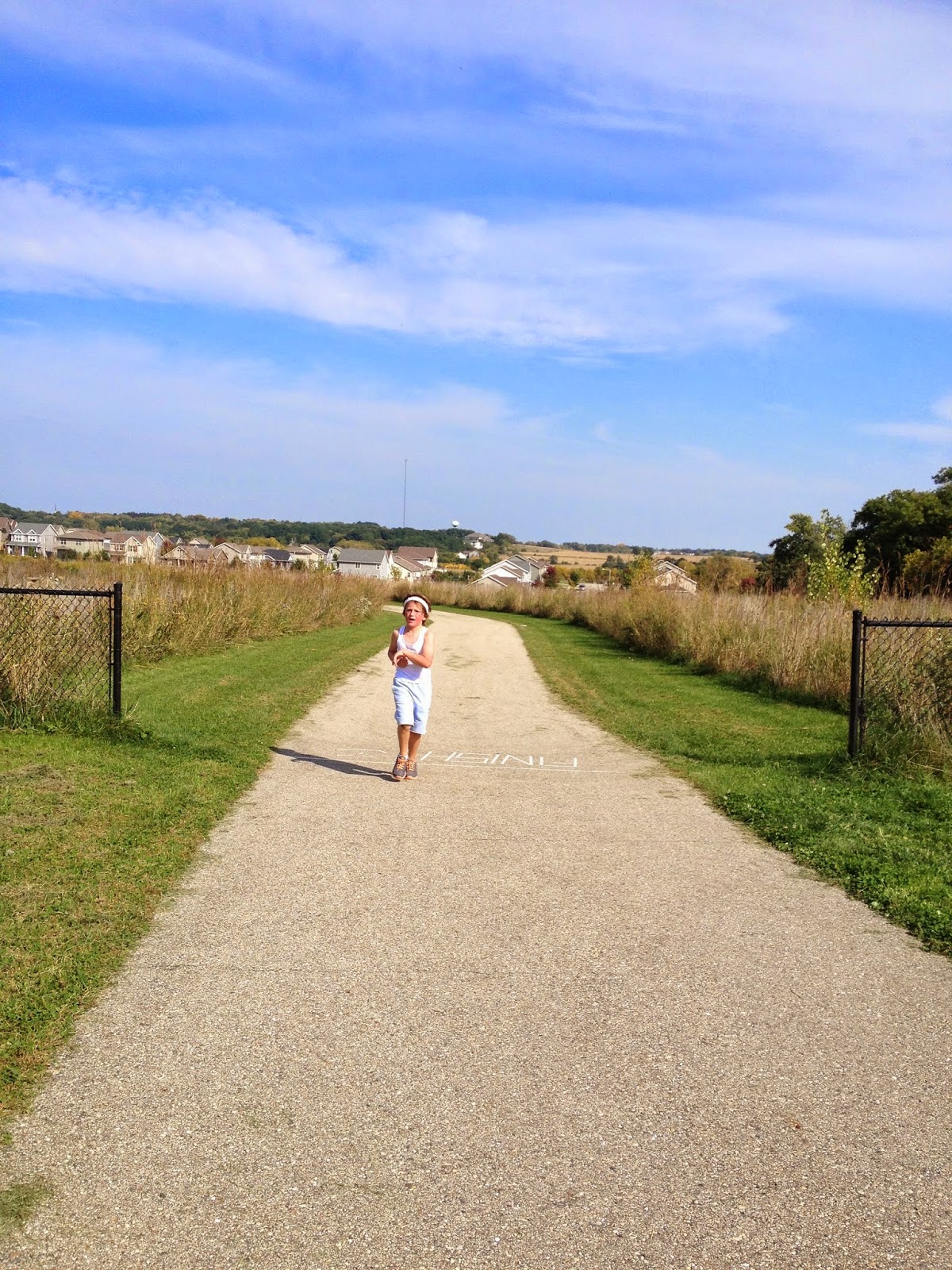 On Saturday afternoon, we had a 5K at the kids' school that raised over $4000 for the PTO.  Ben was in charge of the event with Dorothy who is firmly anti-stroller, his megaphone, and a cadre of volunteers, and I ran the race with Cooper in the jogger and Harry and Jack and a couple of their friends slowing me DOWN.

Harry dressed like Richie Tennebaum because that's his personal sense of style.  AWESOME. 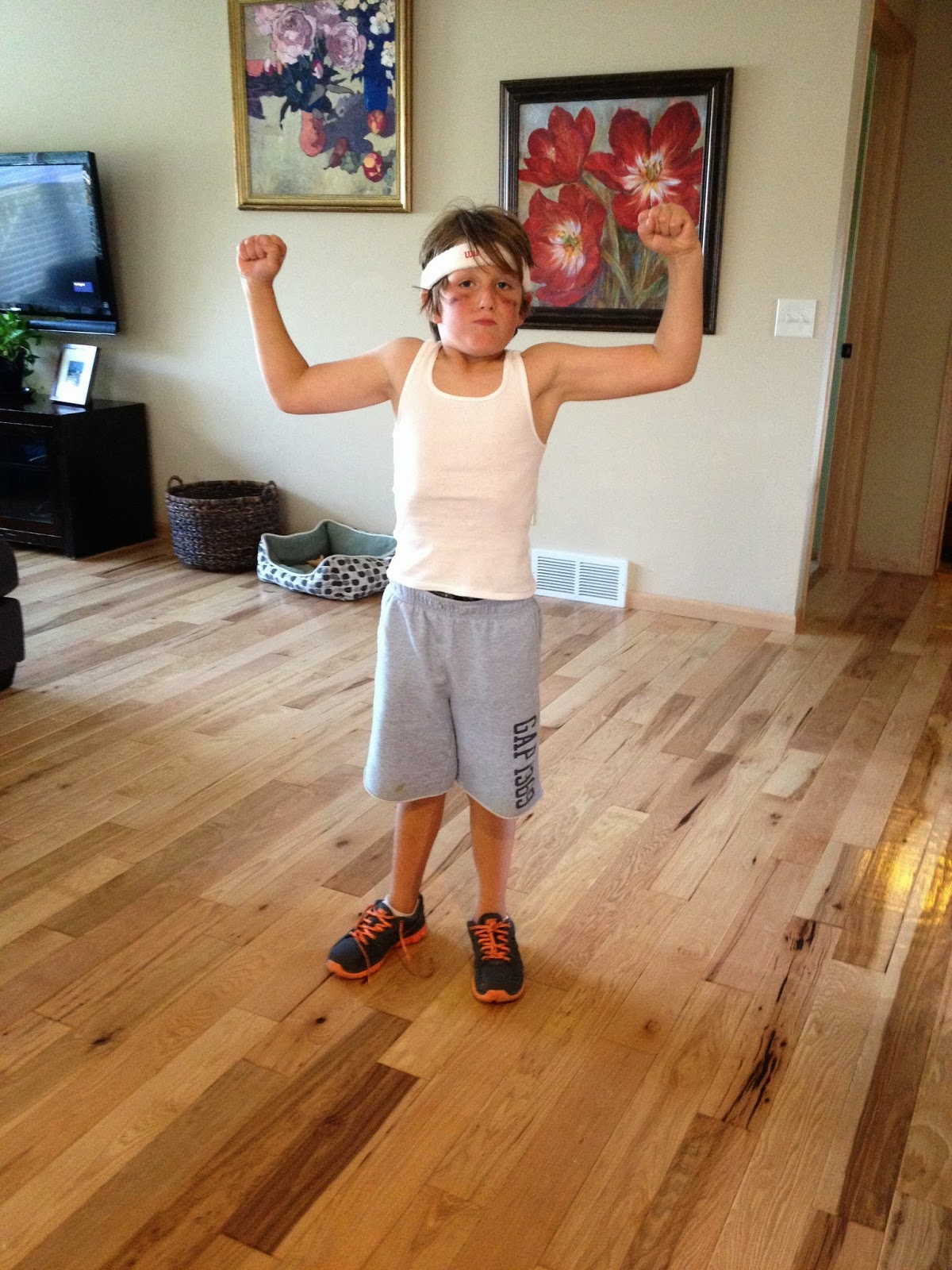 Here's Jack and Harry's friend straggling across the finish line.  Once we crossed our last street and I was sure they knew where school was, I ditched them all and ran the rest with Jack's friend Edie who is a good little runner.  These boys crossed the finish line 15 minutes after us. 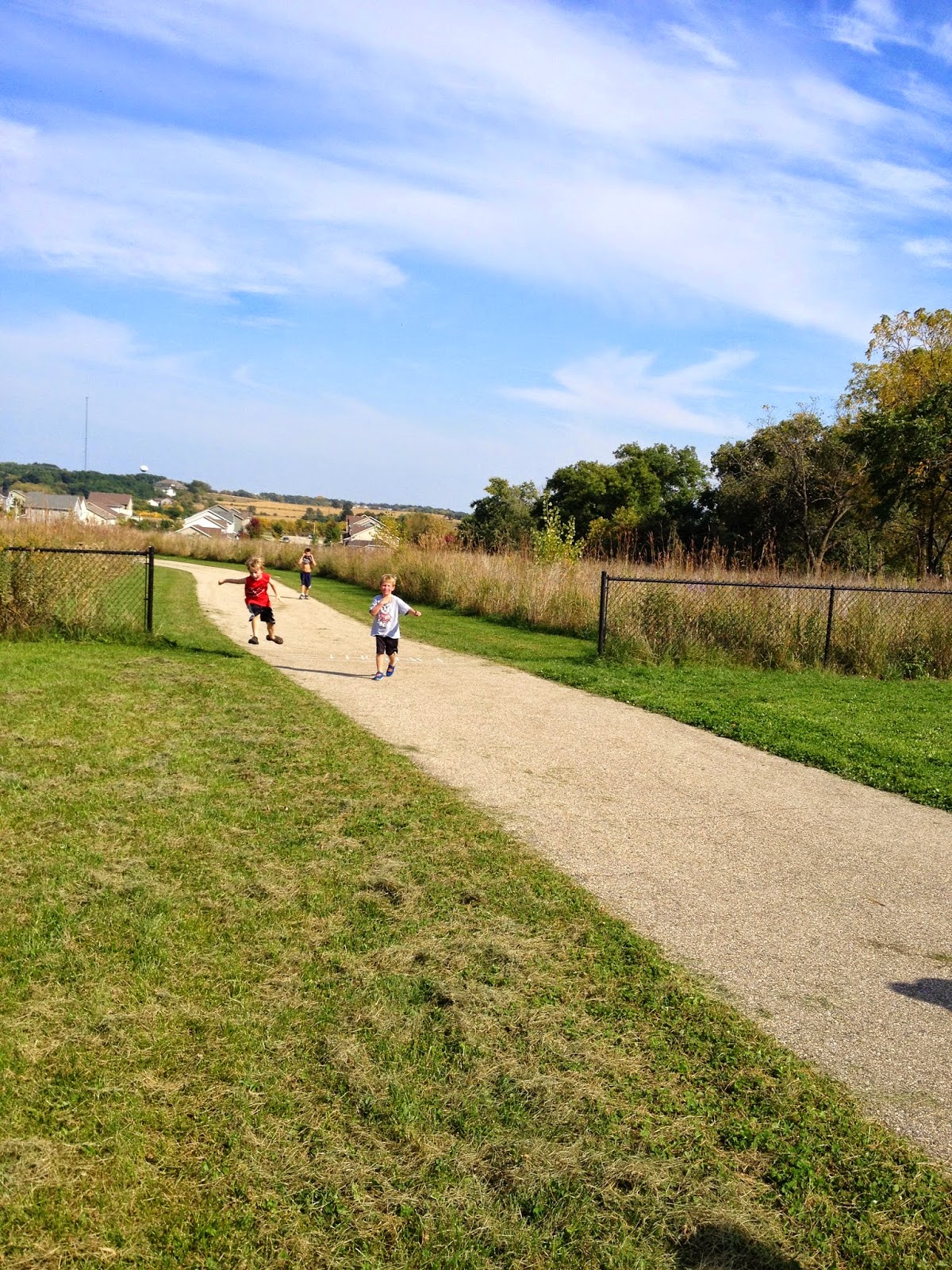 So sweaty and gross. 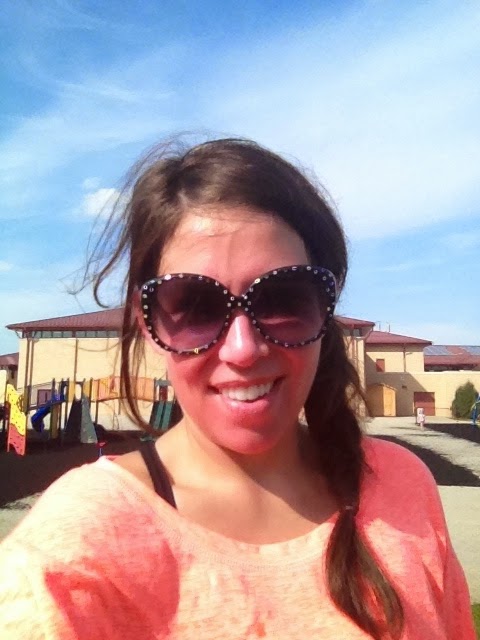 Dorothy didn't run, but she loved the snow cone truck at school. 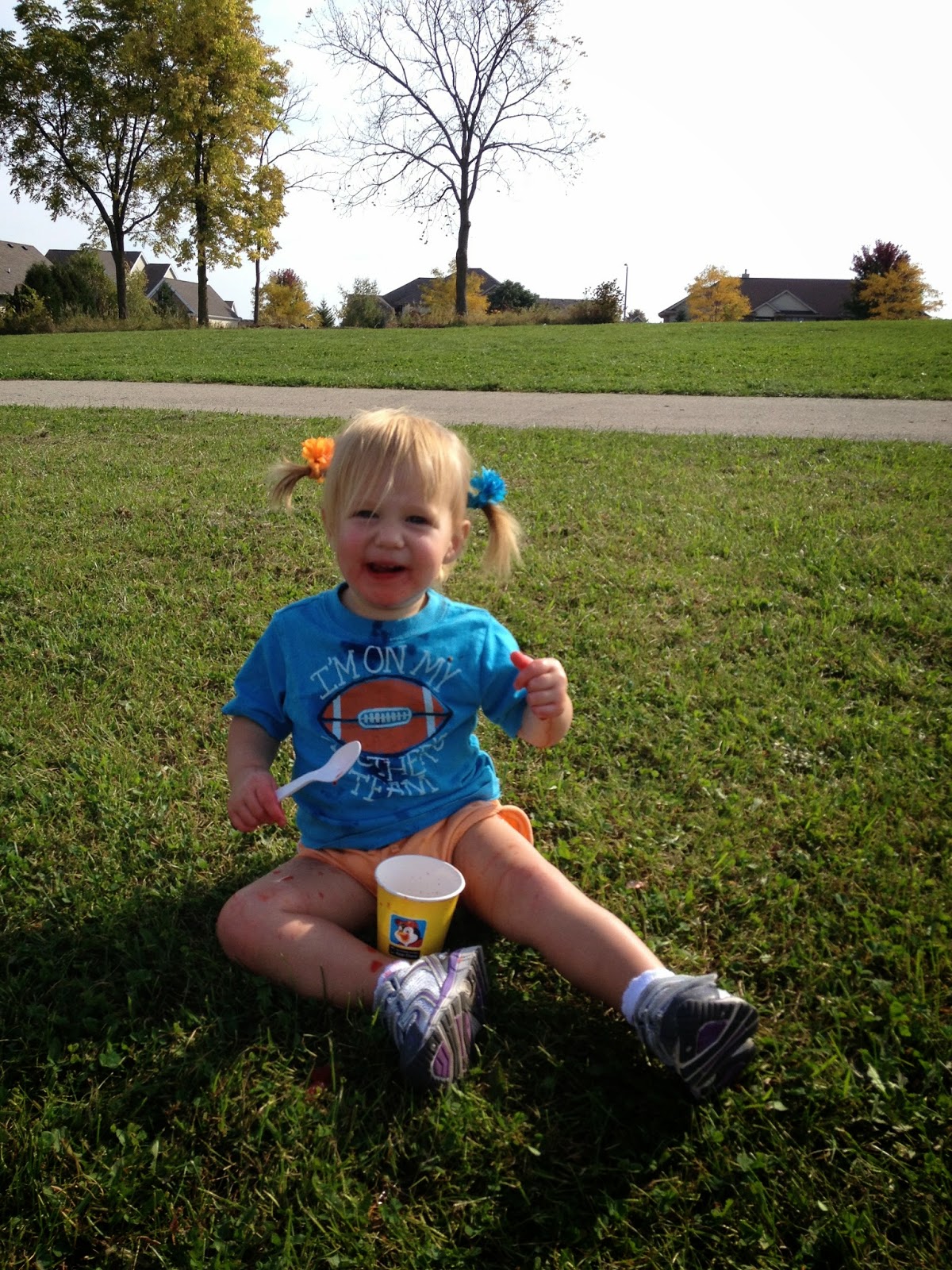 She also spent some time picking and squishing cherry tomatoes, one of her favorite outdoor activities. 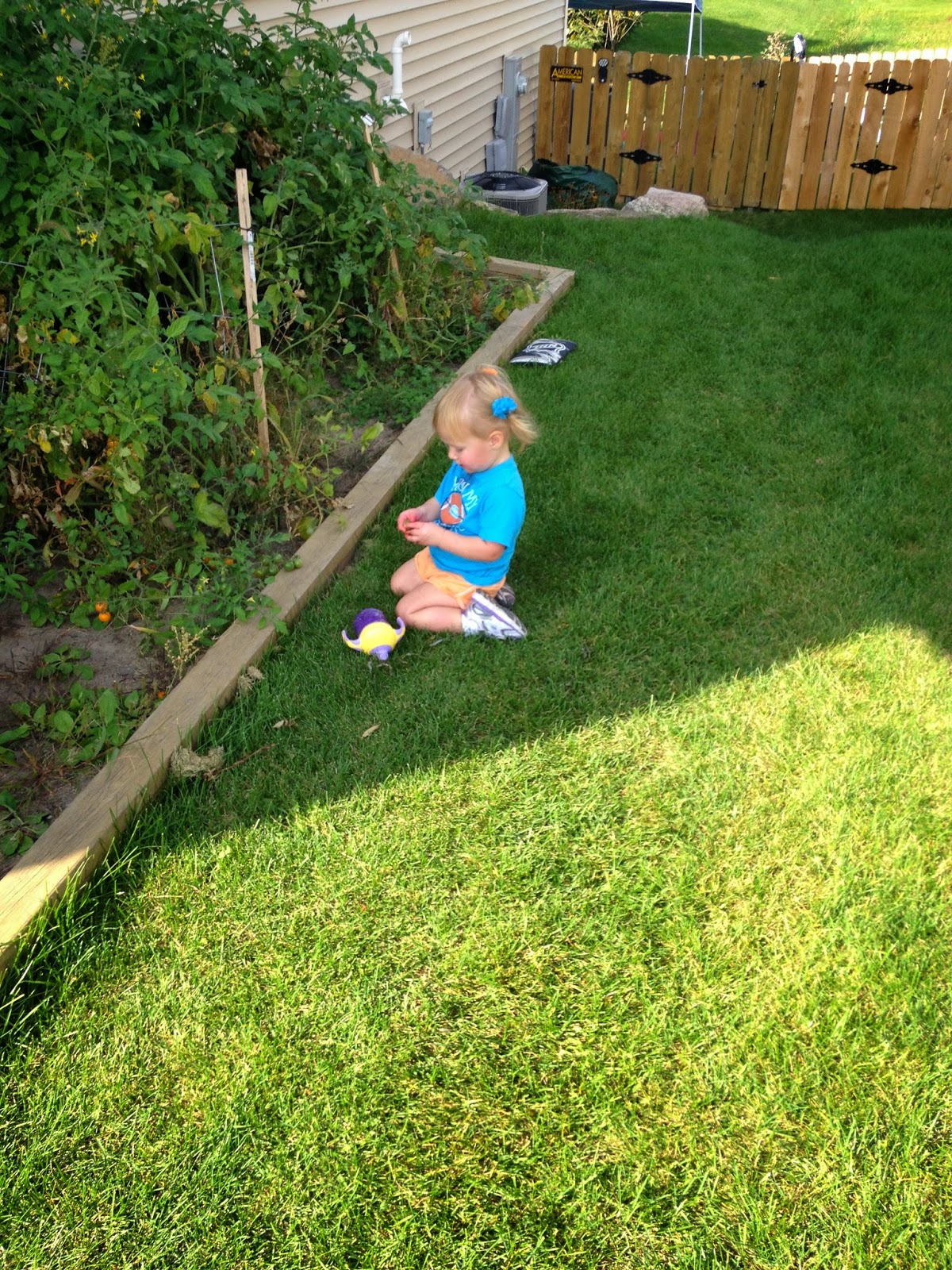 Saturday night, Ben and I went out for sushi and drinks. 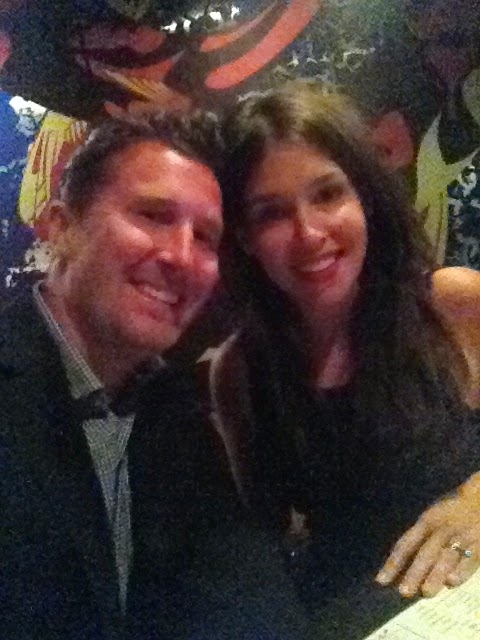 I had 2 of these pear saketinis.  Then we went to the golf course bar by our house, and I drank 2 MORE martinis and we walked home and I think maybe I was still drunk at 6 the next morning.  I told Dorothy we could not have night-night, which is what she calls nursing, because I was pretty sure I was above the legal limit.  Oops.  But also yum. 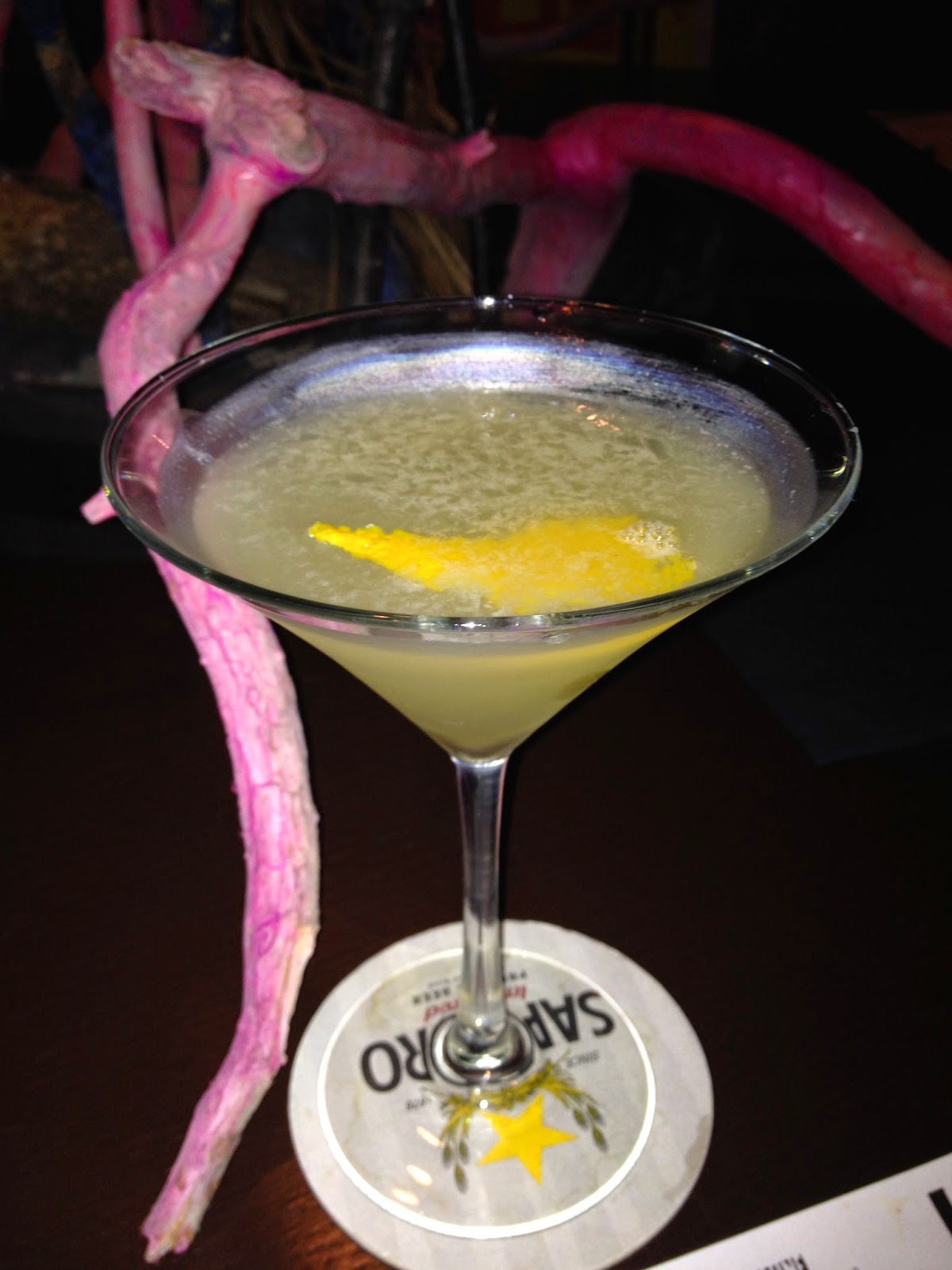 Made a really good chili but measured nothing, so I will never be able to make it again.  Also, see those 4 bottles of wine?  The more kids we bring grocery shopping, the more wine we buy.  Hmmmmm... 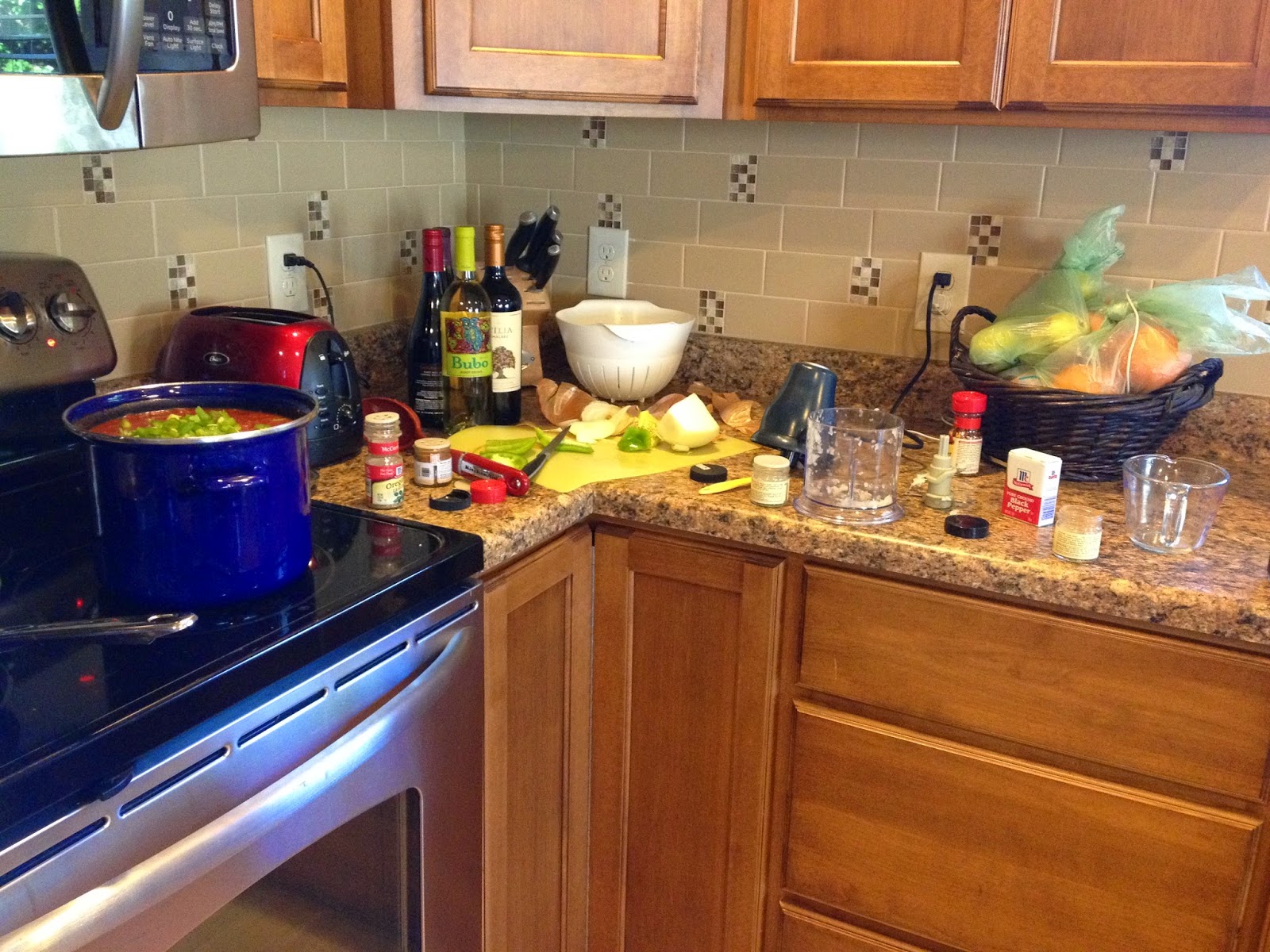 I seriously love these lunch boxes.  They make even crappy half-assed lunches look fancy.  (Tonight I made tiny chocolate chip cookies because we ran out of M&Ms for the treat spot.  And by ran out, I mean I ate all the fucking M&Ms.) 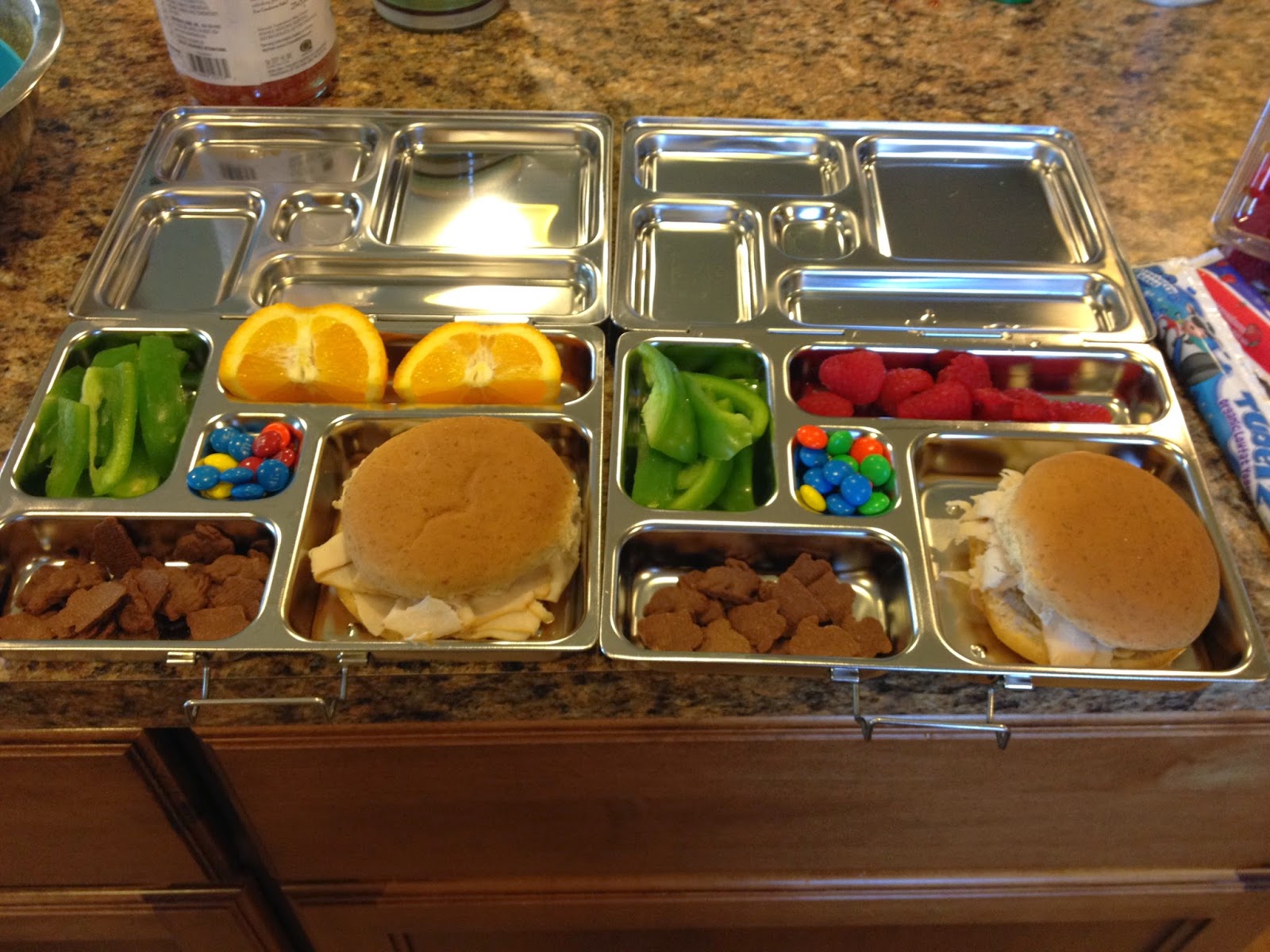 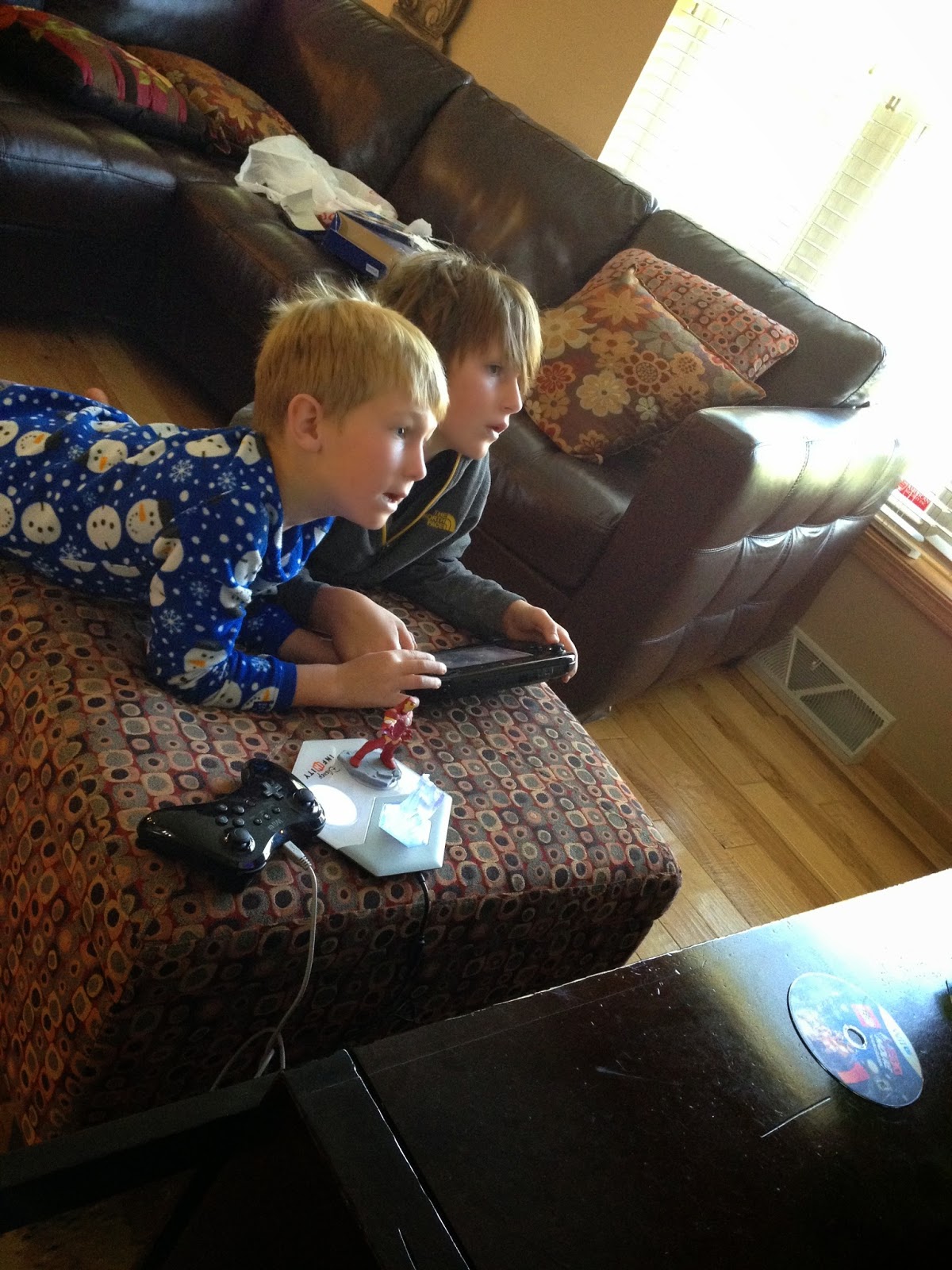 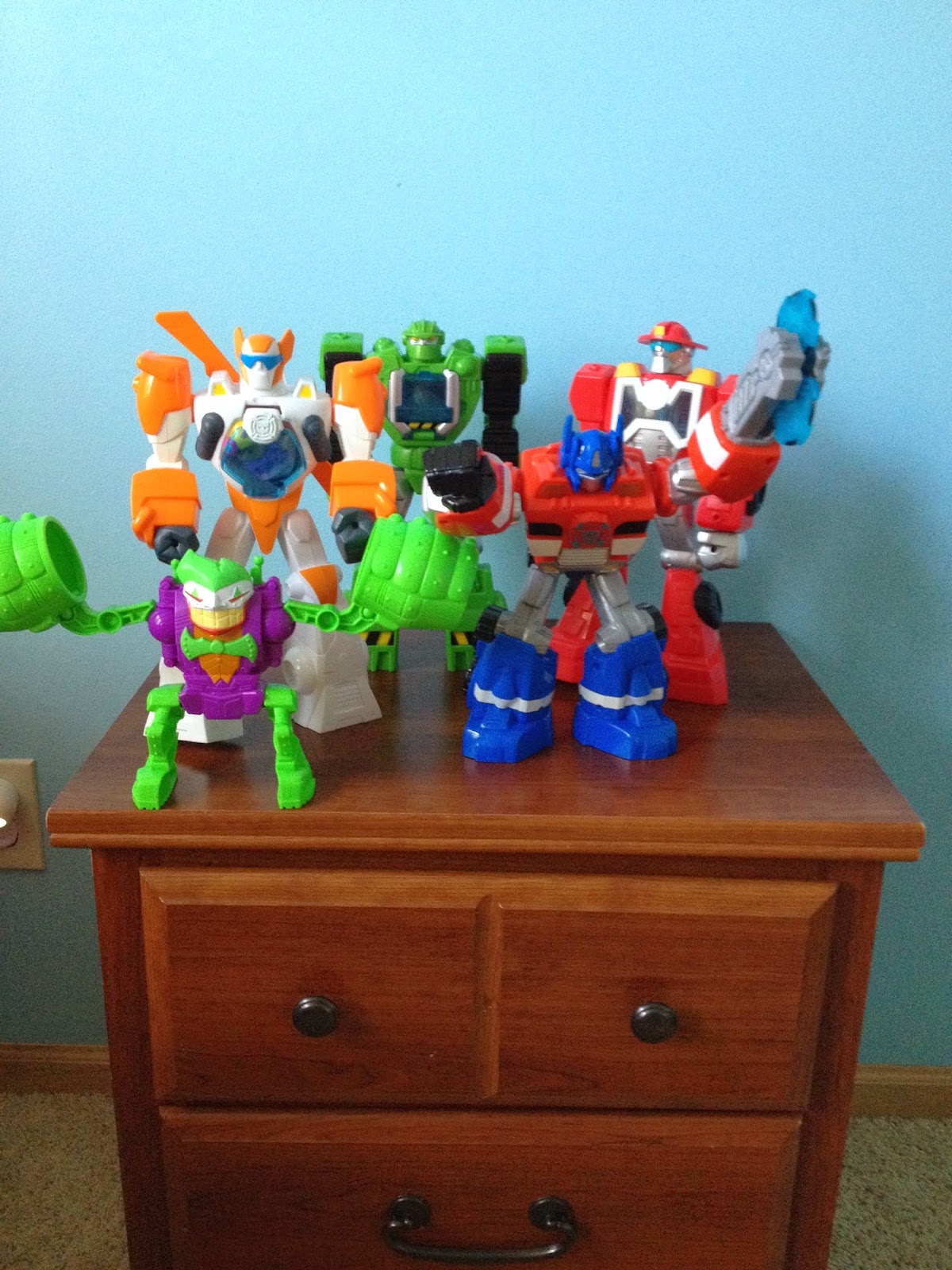 This guy is a rescue bot, but I don;t know if that's a rescue in his chest or what 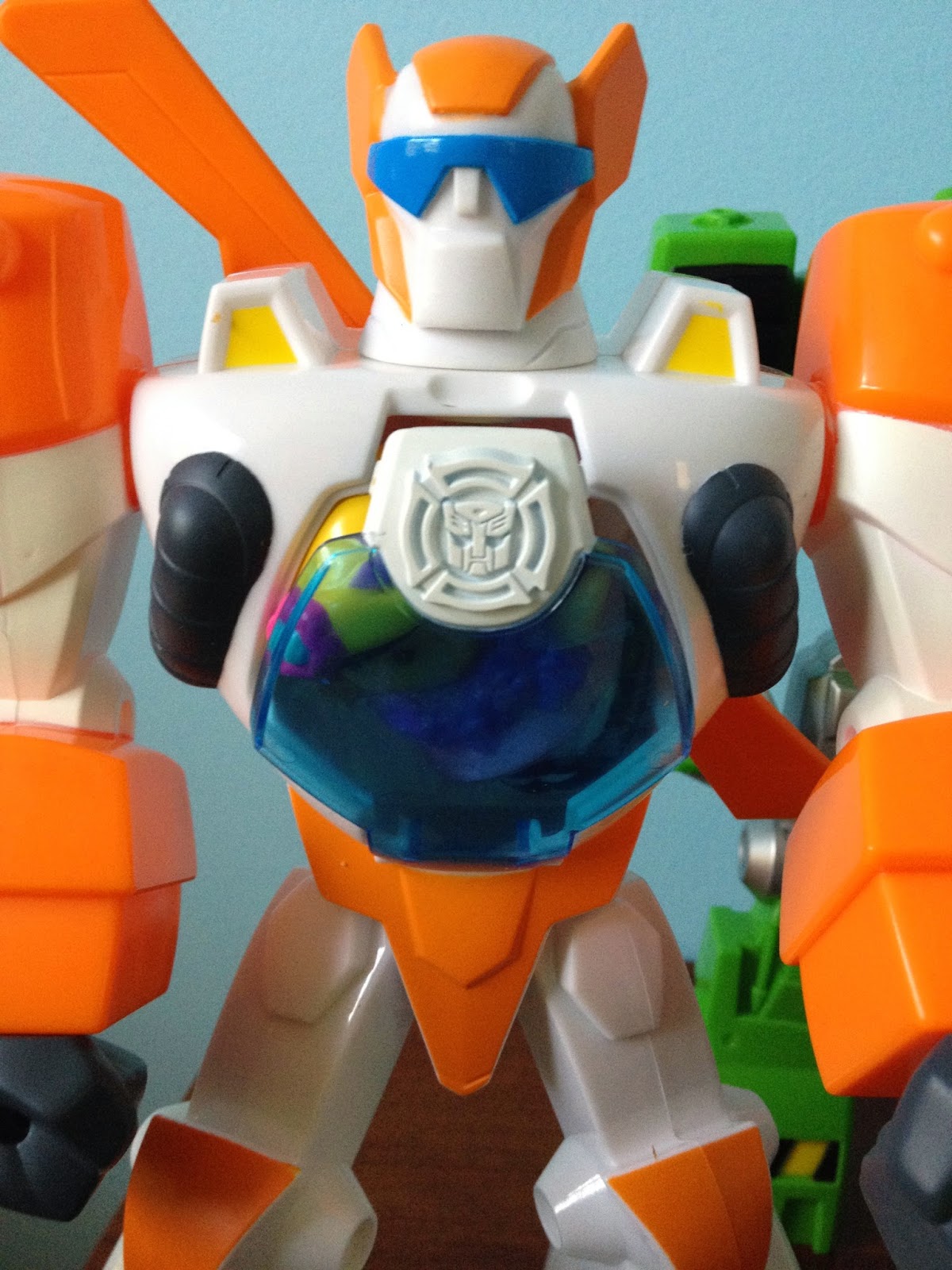 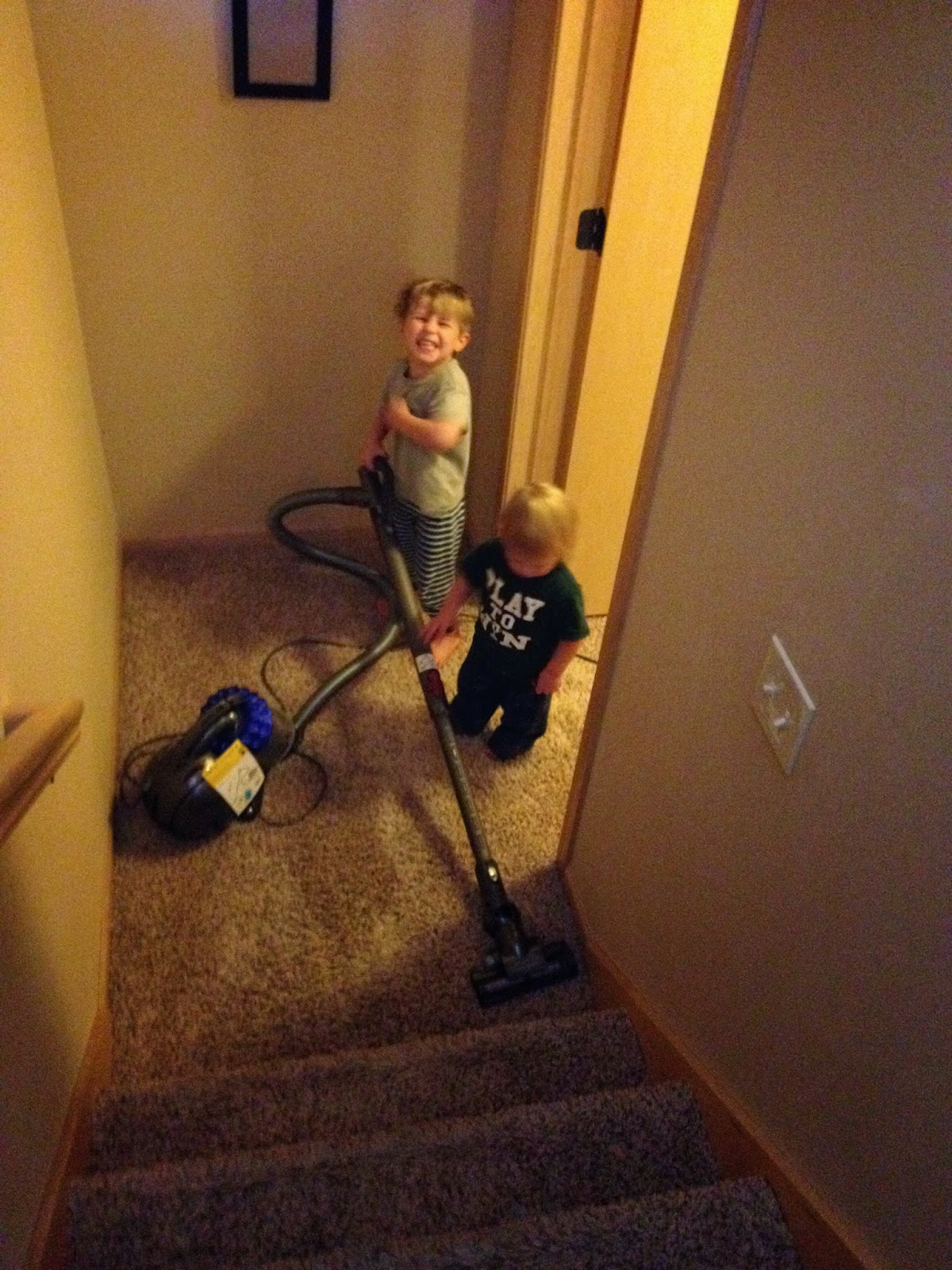 I was walking past Forever 21, and this caught my eye, but I realized right away that if I wore it the irony would be gone gone gone. 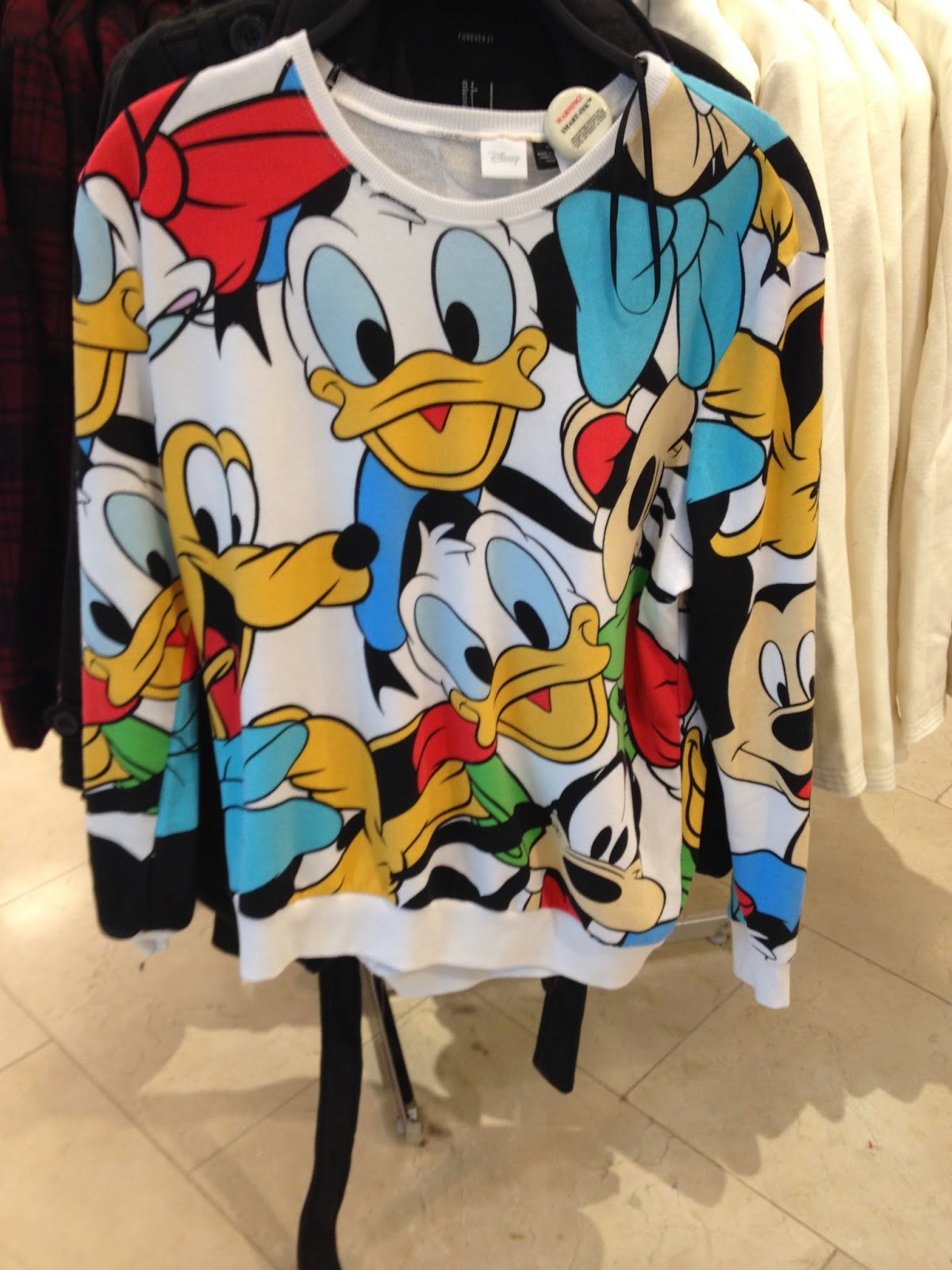 Harry's workout gear, Ben's bet, all those martinis. Also, I never forget to buy wine when I take the kids shopping. So weird.

You ran a race! Congratulations! I'm pretty sure you get double credit for running with C in the stroller too :)