Hanging around, waiting for fall 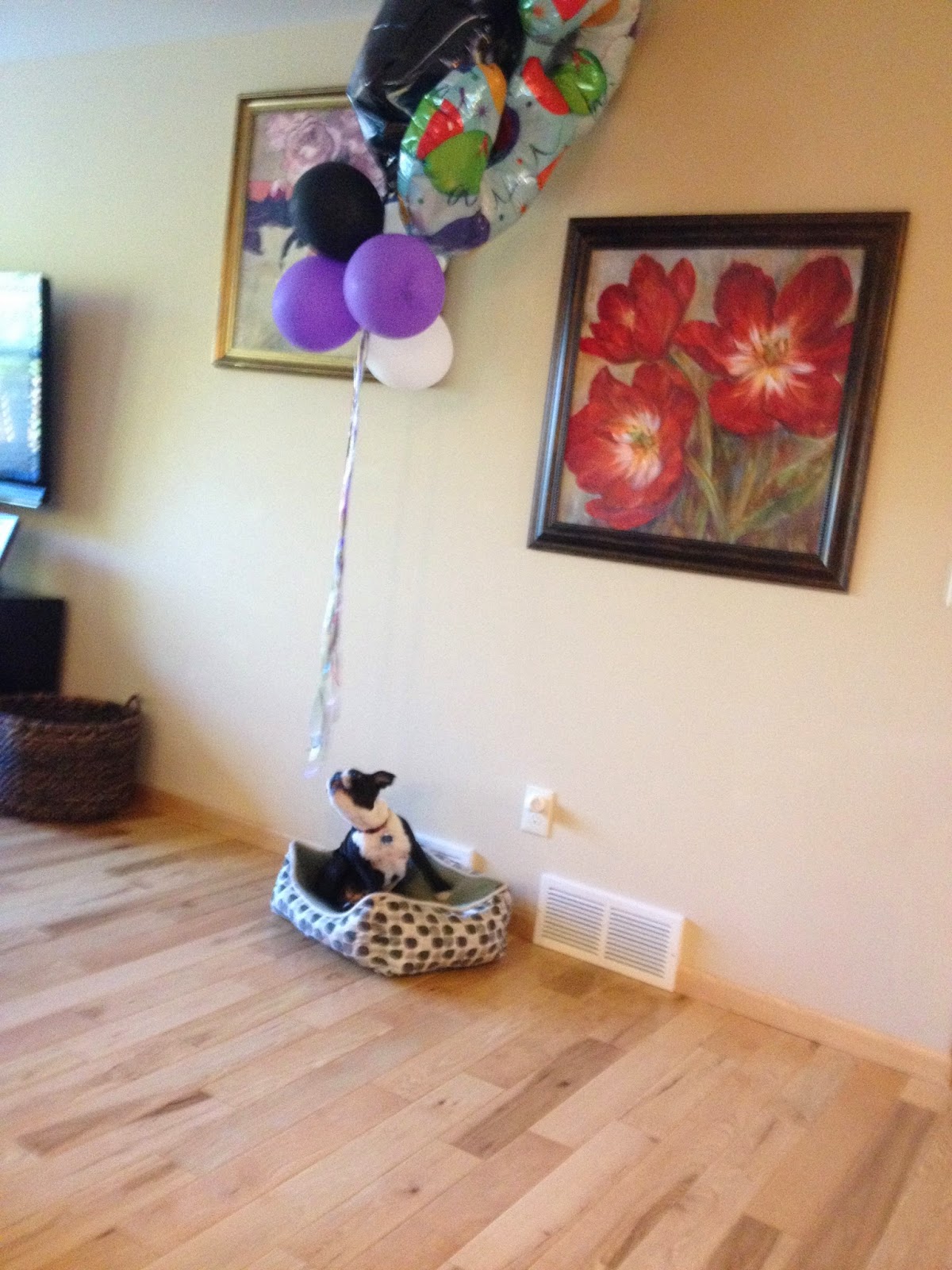 This morning, Beatrix took a break from being the laziest dog in the world to eat Cooper's sagging birthday balloons whose strings are finally low enough for her to reach. 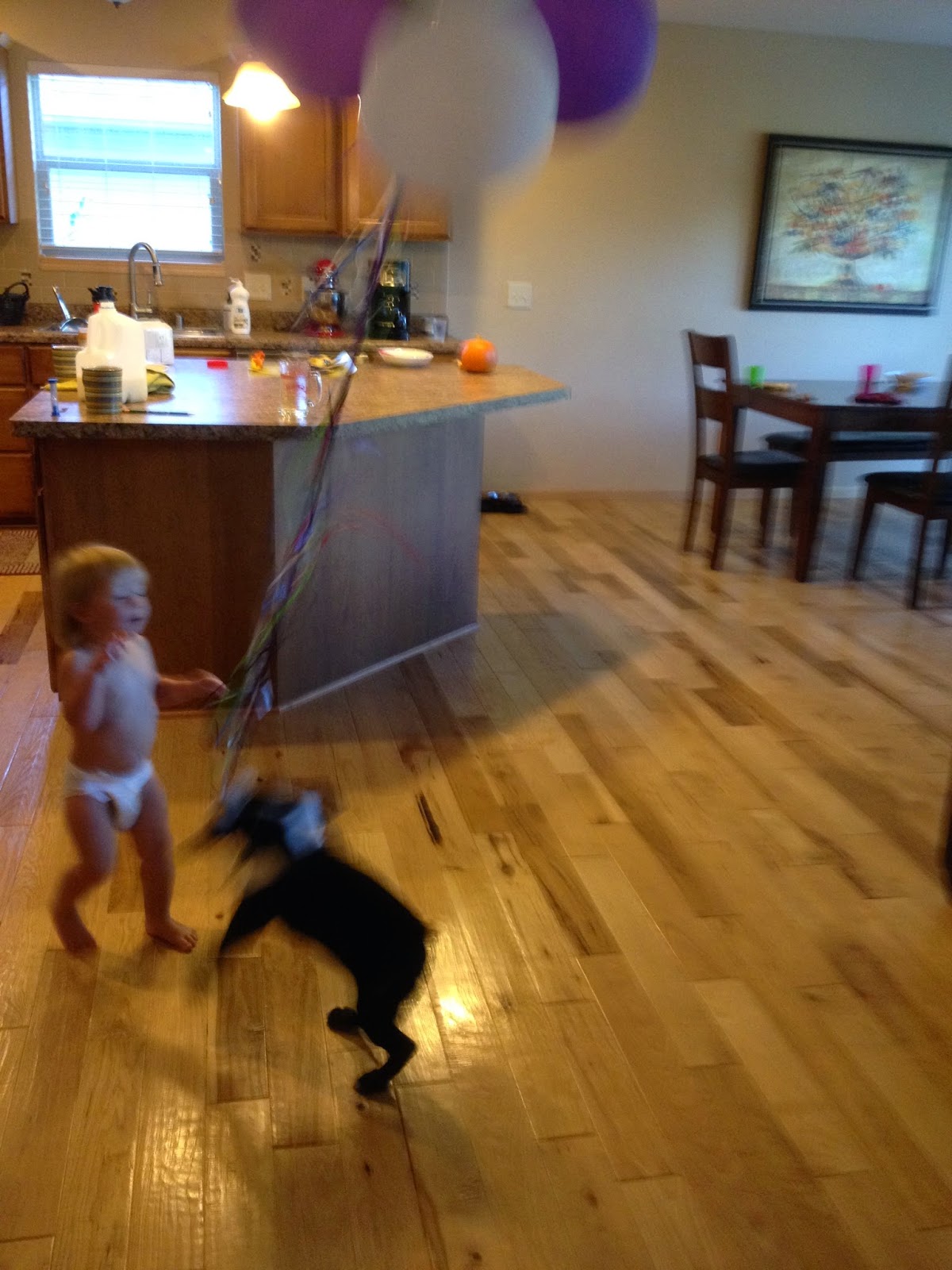 But first she had to get them away from Dorothy. 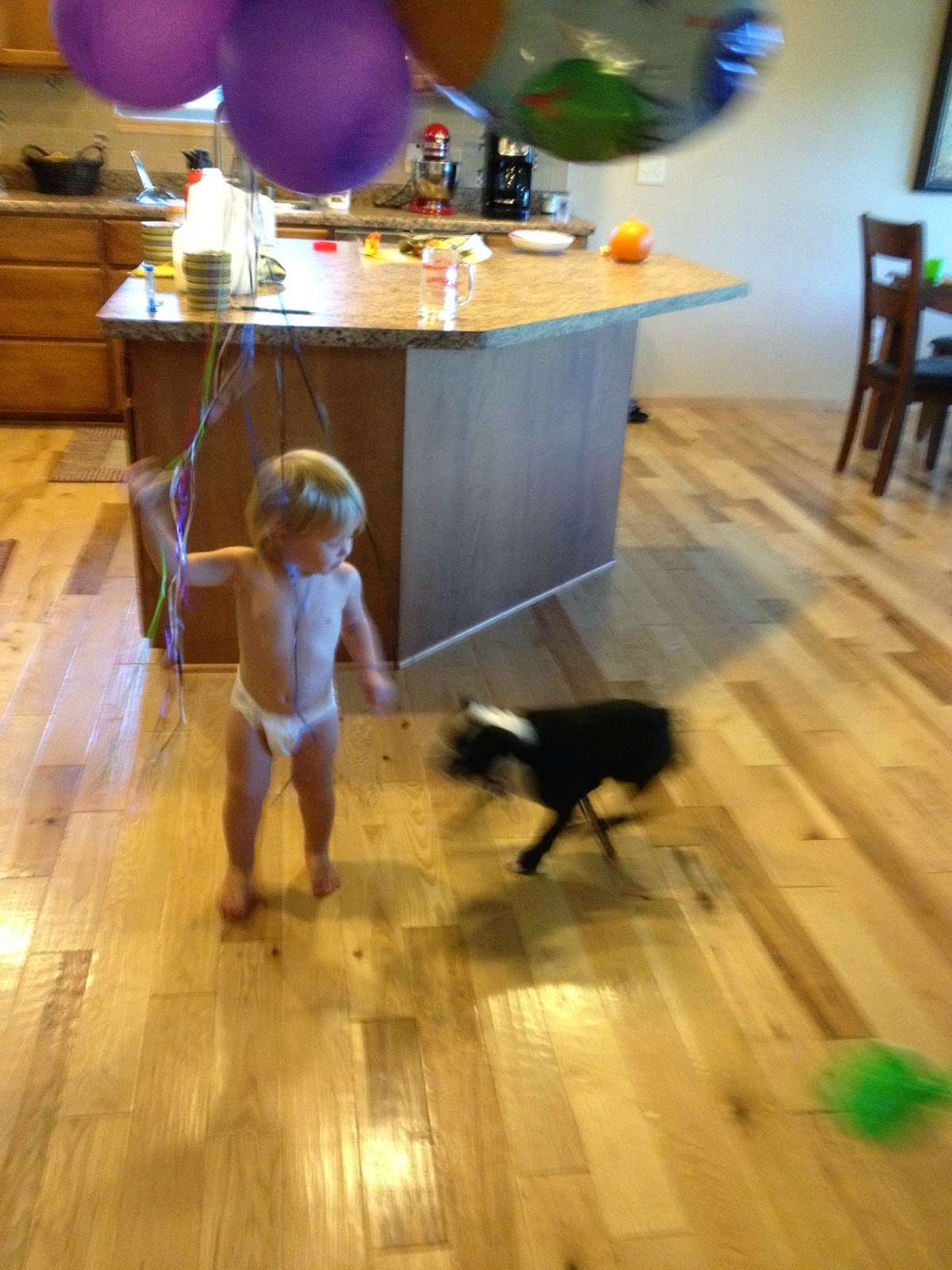 Dorothy might be dressed like a mom in the pick up lane with her cuffed skinny jeans, ballet flats, and peasent top, but she had mad game.  (Not true.  She has no game at all.  She just demands to be hoisted aloft so she can stuff the ball in the net (bup, she says, arms raised imploringly, bup).). 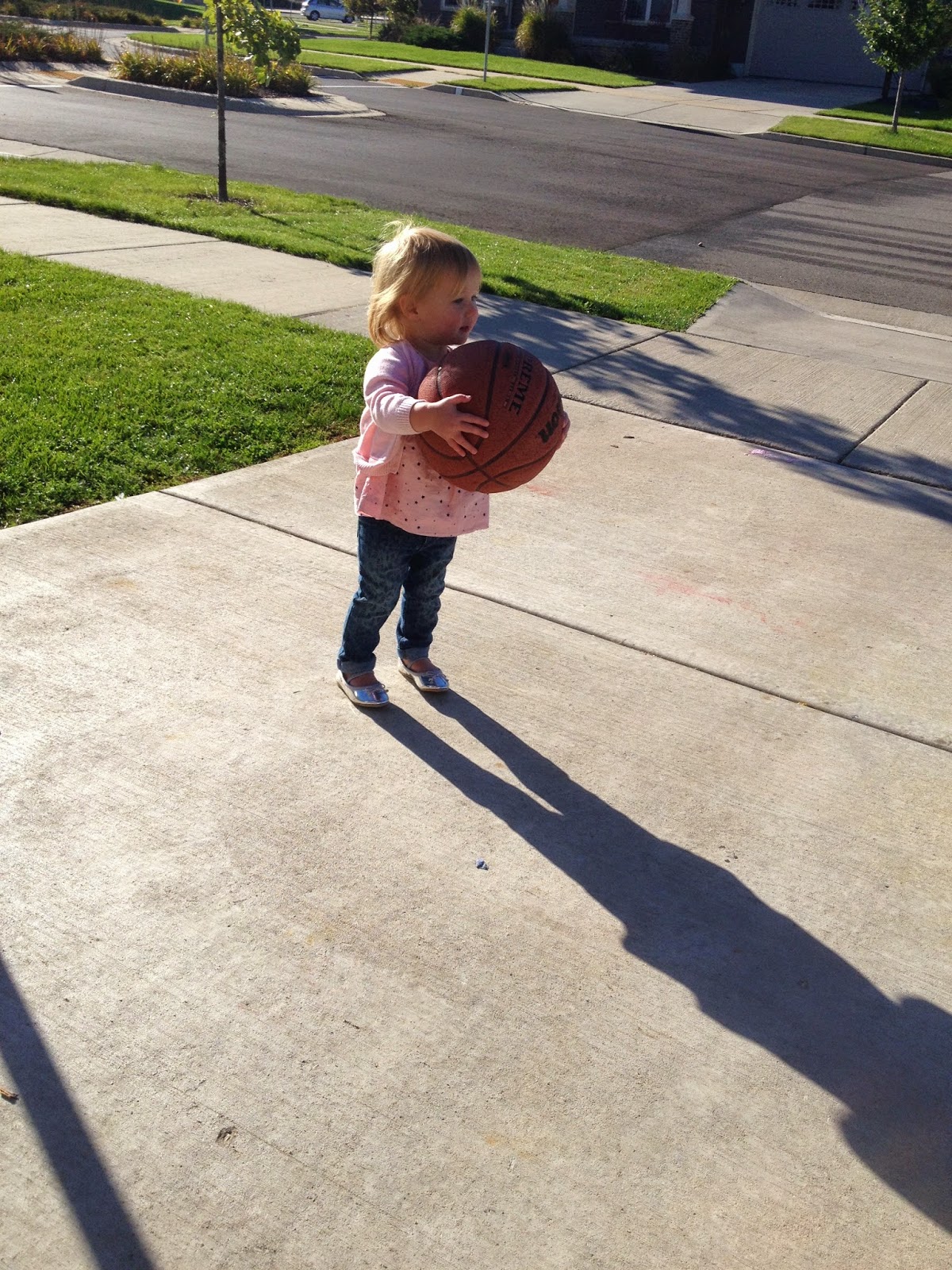 Because there is obviously something wrong with us, we let Harrison have a 6-kid slumber party on Friday night for no other reason than he wanted to.  WHAT THE HELL?  WHAT WERE WE THINKING? 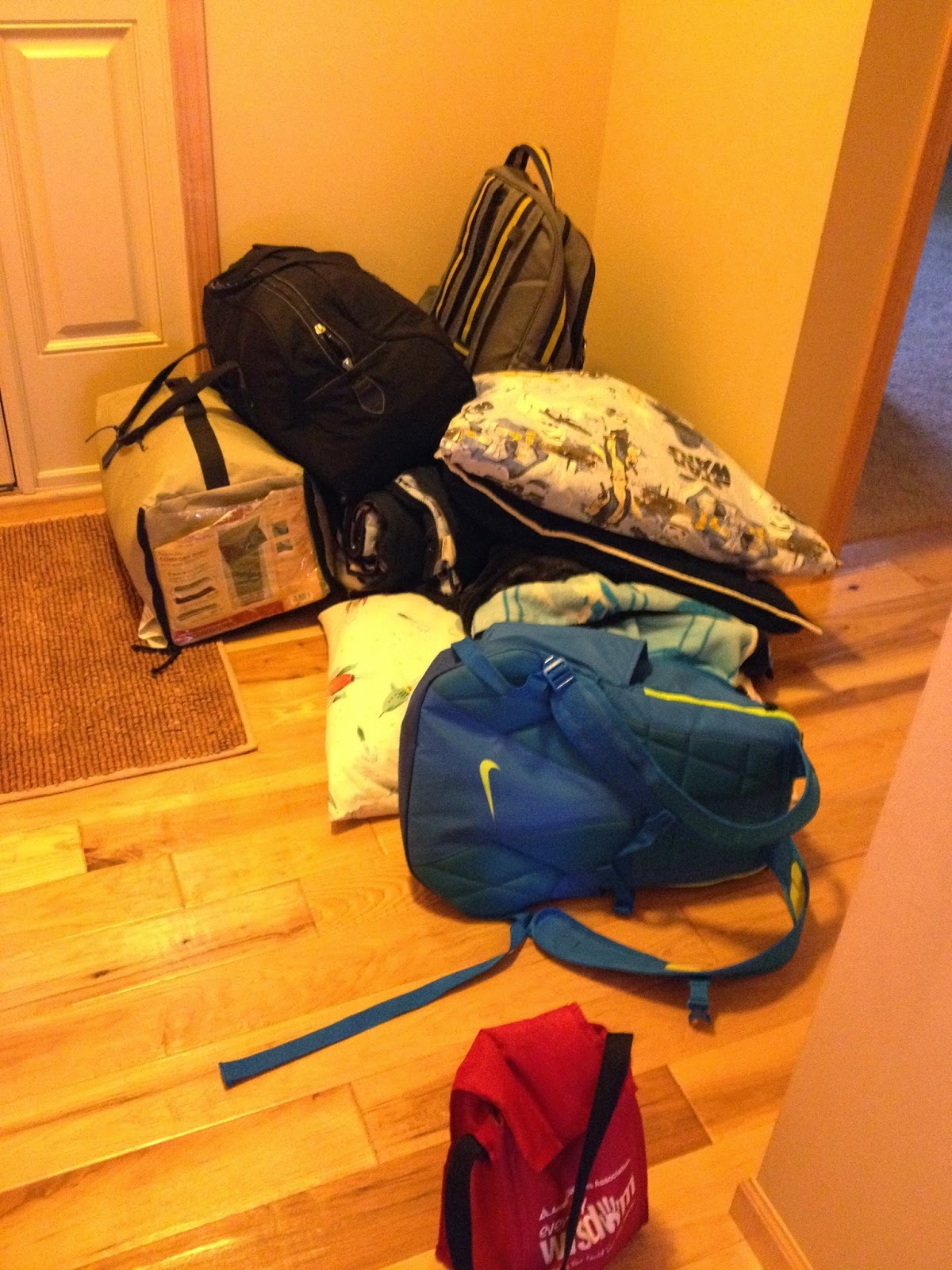 Despite a rowdy beginning (or maybe because of it), the night was super smooth.  A ton of popcorn and potato chips, some organic juice boxes, a couple of pizzas, and right before bed some fresh hot cookies and milk, 2 80s movie classics-- Space Camp and Back to the Future-- and it was 12:00 MIDNIGHT and lights out. 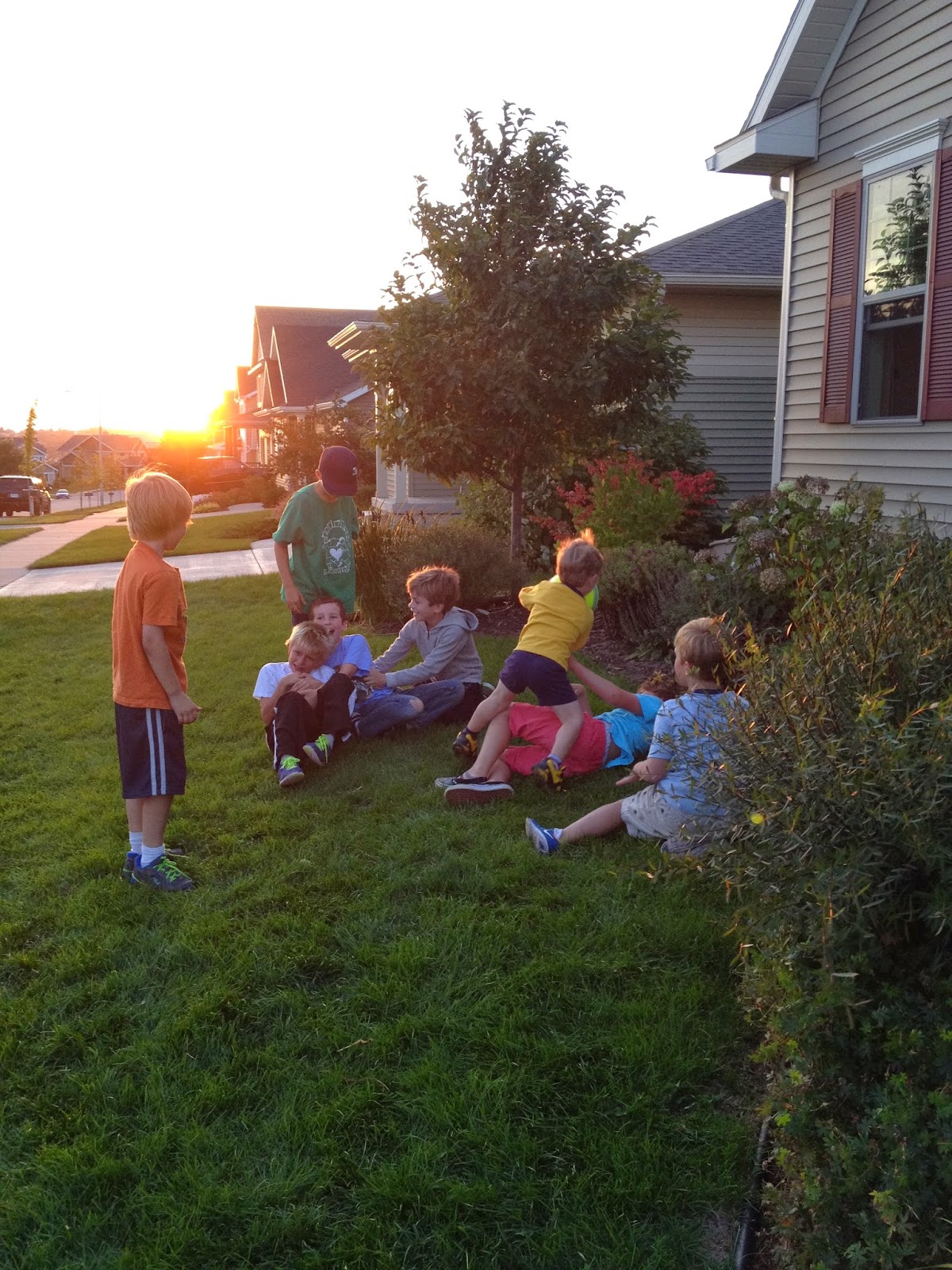 They were super territorial about their sleeping spots. 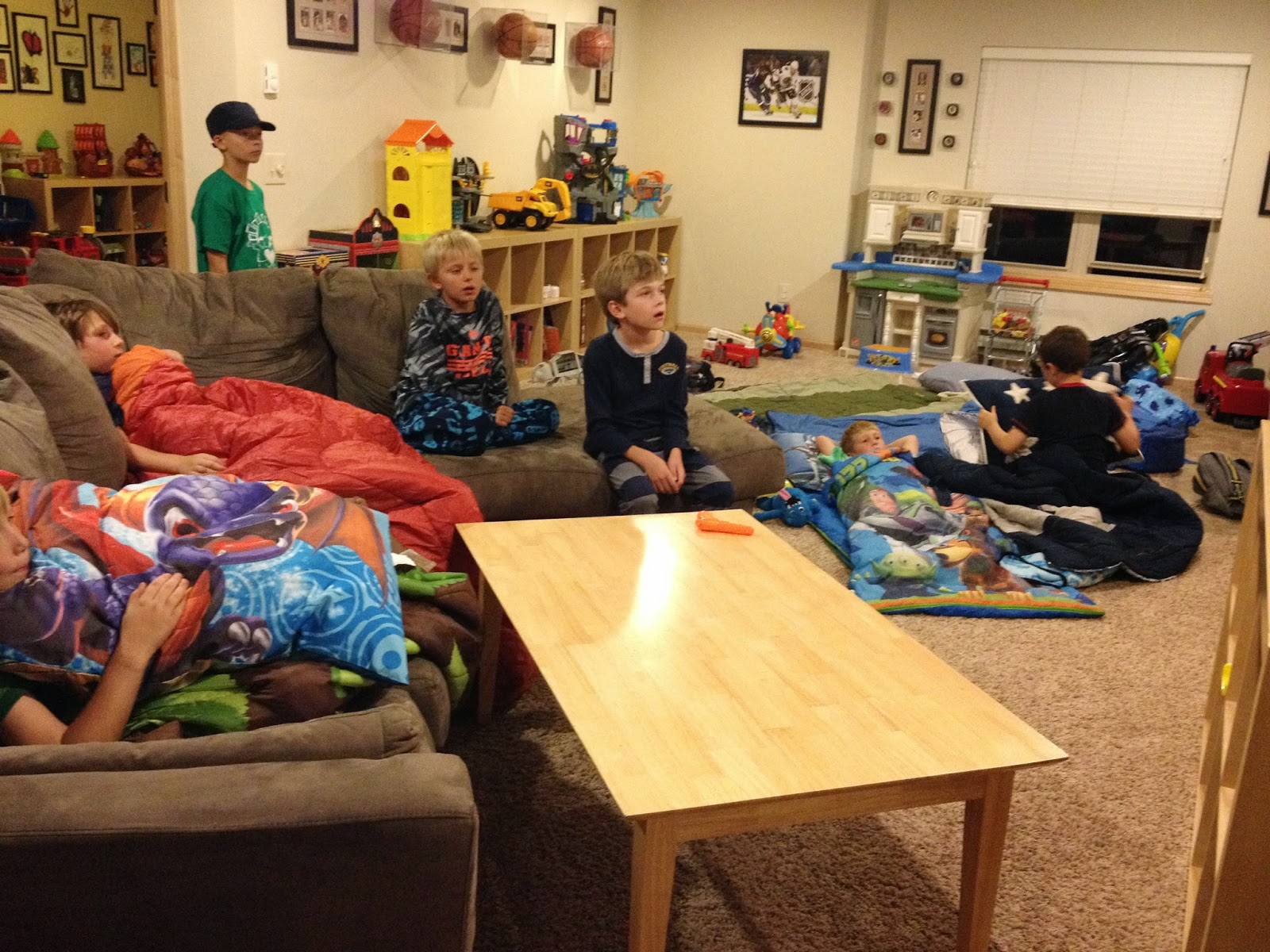 But you know what was rough?  The next morning. They all woke up just BEFORE 6:00 am and you know what?  they were kind of crabby about it.  They had lots of donuts and video games before their parents cam at 9.  Next time I will make a firm morning plan with an outdoor activity, even if that means build a damn snowman.

Put Dorothy in this get up to annoy Ben and Harry, but the Packers lost, and now they think it is a good luck charm. 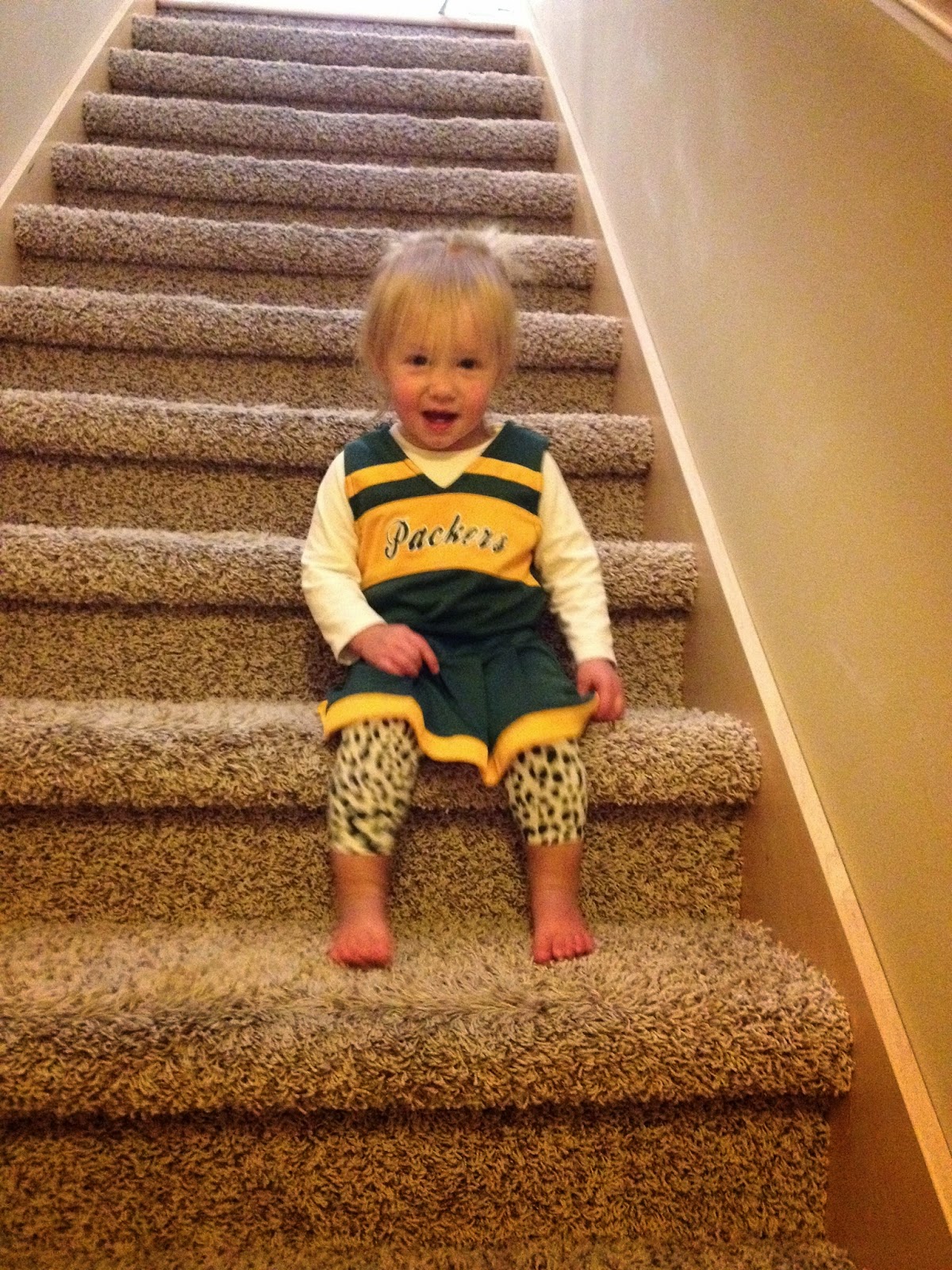 Cooper eating a honeycrisp from the tiny tree in our backyard that produced the 5 best apples I have ever eaten. 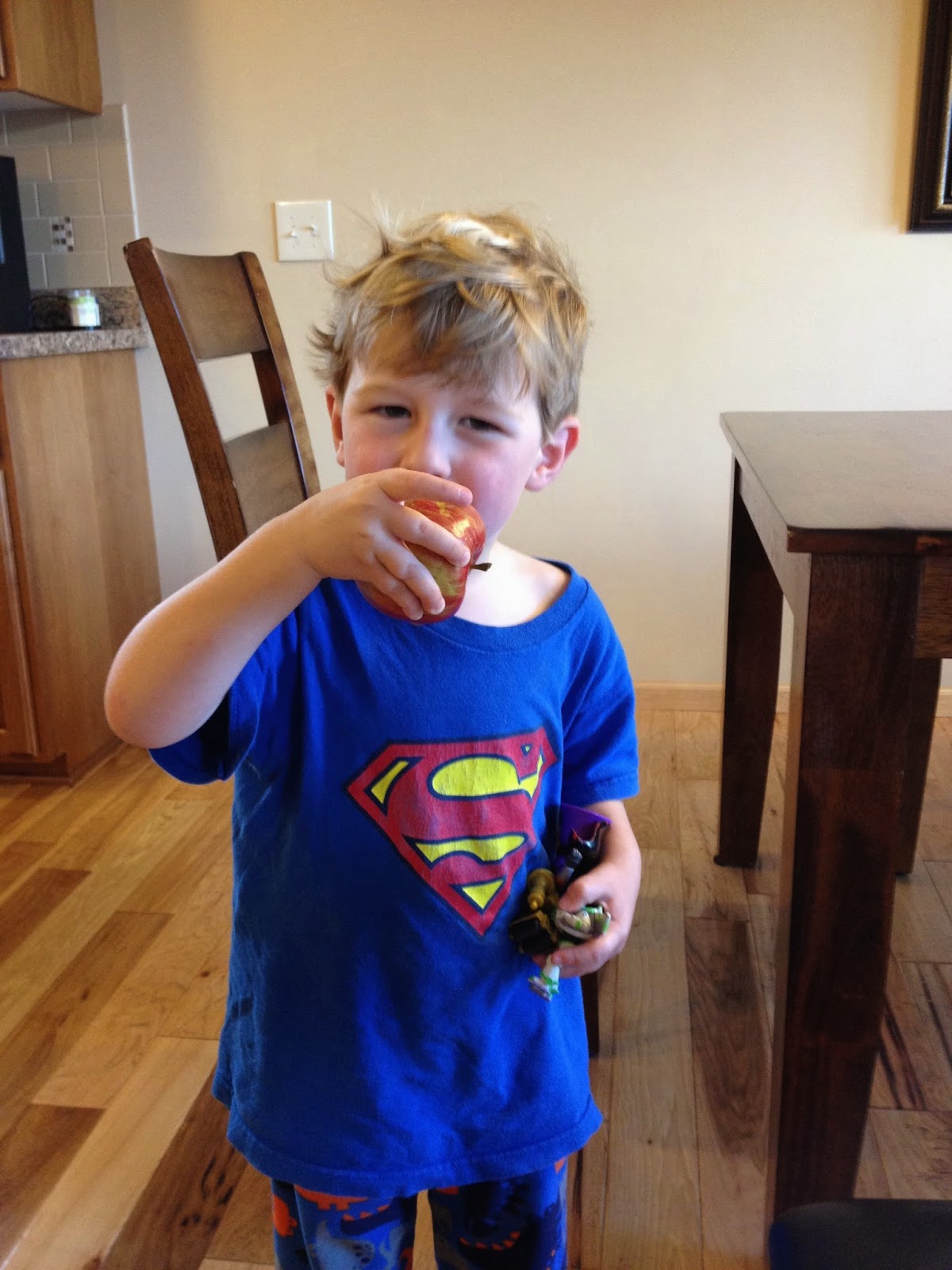 I was desperate this morning because she really wanted "bup" and I was trying to get dressed. This ended wetly, which surprises no one but me. 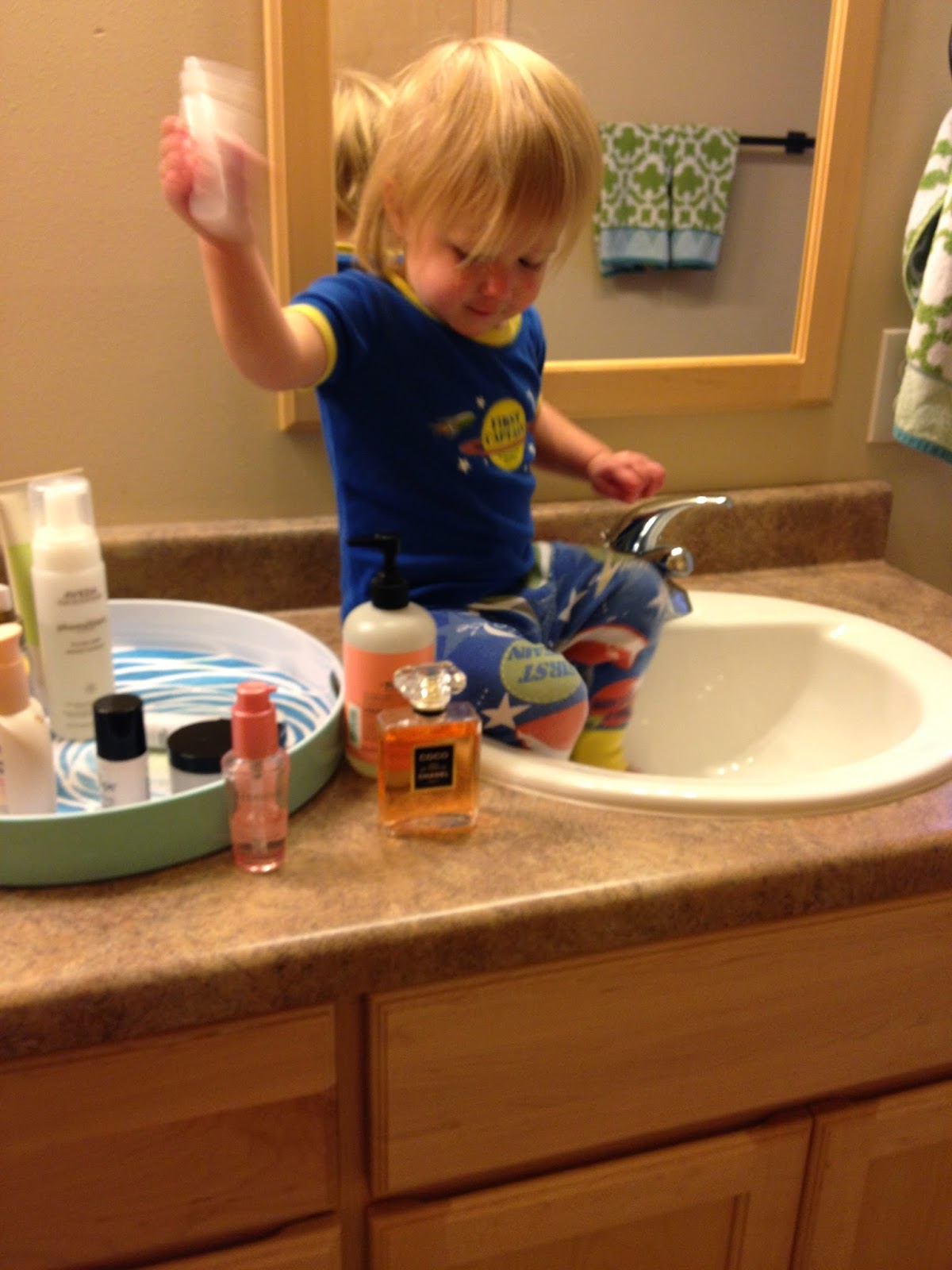 The person who tells my kids that sleepovers are a thing will RUE THE DAY.

Still cracks me up to see D walking and talking like a person! So cute.

Uh, I want a honey crisp apple tree in my backyard, please.

You know those other parents hate you for introducing their children to sleep-overs, don't you?