I can still remember how it felt to be overdue with him, how huge and lumbering I was, how nervous I felt when my OB told me he would be induced on September 12 or 13 depending on hospital availability and my non stress test and BPP scheduled for September 10, how tentatively excited I was to wake up in the middle of the night with contractions and sneak downstairs to watch Everybody's Fine. I remember how triumphant I felt after his med-free delivery.  I went med-free with Jack after getting an epidural with Harry, and I was scared I wouldn't be able to do it again.  But med-free childbirth is a wonderful, empowering, primal experience, and of the whole 12-ish hours, only a couple of them really sucked.

From the first moment he was born, Cooper loved to suck.  He was a wonderful breast feeder and GAINED weight in the hospital.  Who does that?  He went home addicted to the pacifier, and the only time I let him out of my arms in the hospital was when he had his hearing screen and Hep B vaccine.  Once I put him down in his little plastic box so I could take a shower, but he didn't like that, and I held him next to me for the next, oh, 11 months.  Ben stayed home with the other boys,  so it was just Cooper and me at the hospital.  I held him for 48 hours and watched daytime TV and ate deli sandwiches on trays.  A perfect baby moon.

He has been a wonderful child from the start.  By 2 weeks old he was sleeping 10 hours overnight.  He lived in a Moby Wrap and the Ergo for at least 4 months, and he loved to watched the big boys whirl around him.  He was so delightful that we decided to throw caution to the wind and have another baby, and we made this choice when he was only 4 months old.  In retrospect, I am so glad it took us 5 months to get pregnant with Dorothy because damn that would have been a lot of baby in a short year.

For the past 18 months or so, we have been concerned about his speech.  Starting this week, a therapist will come to our home every week.  We have already seen him make great strides, and he delights us everyday with new words and phrases.  Today when he opened his birthday gifts, he exclaimed over and named all of his presents-- such a far cry from last year when he was so, so silent.  My favorite thing he says is "What the heck?"  But I also really like when he holds up his imperious hand and says "Wheat" (wait), and his rendition of "Let it Go" is fantastic.  He is charming and funny with a devilish sense of humor and a killer smile.  (I think he said fuck at dinner tonight.  I pretended not to hear him because it is hard to sensor a speech delayed child, which is why he says "die" so much when playing "guys."  That, and all the Walking Dead  and Boardwalk Empire he watched with Ben before he could talk).

Everyday, I think I could not possibly love him more and then he does something ridiculously cute, and I DO.  Like when he comes out of bed after nap all stompy and red and crabby and disheveled with pillow wrinkles on his face.  I could eat him up.

Anyway, he turned 3 today and had presents, breakfast cupcakes, a celebration at school, and dinner at our favorite birthday bar. 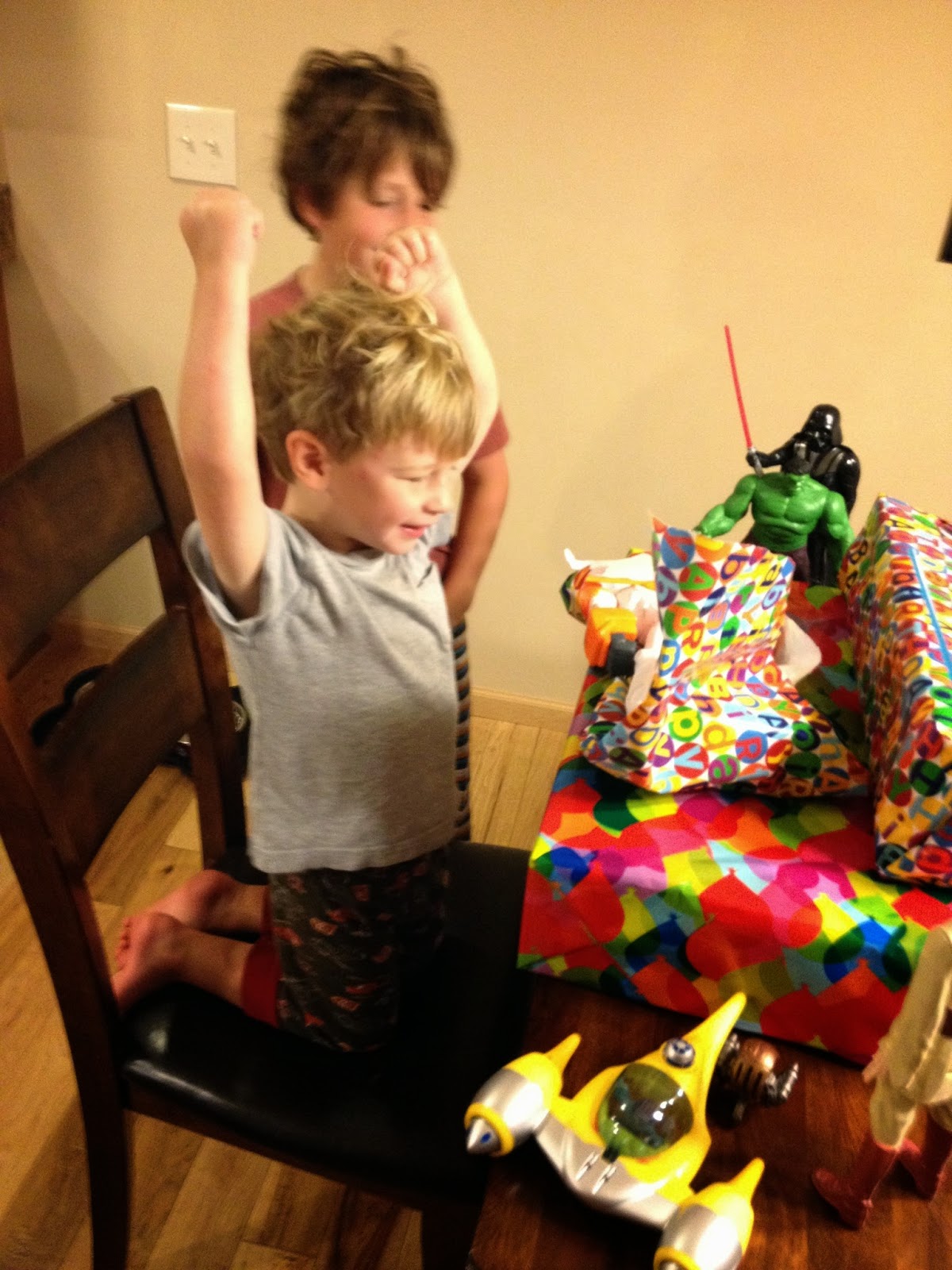 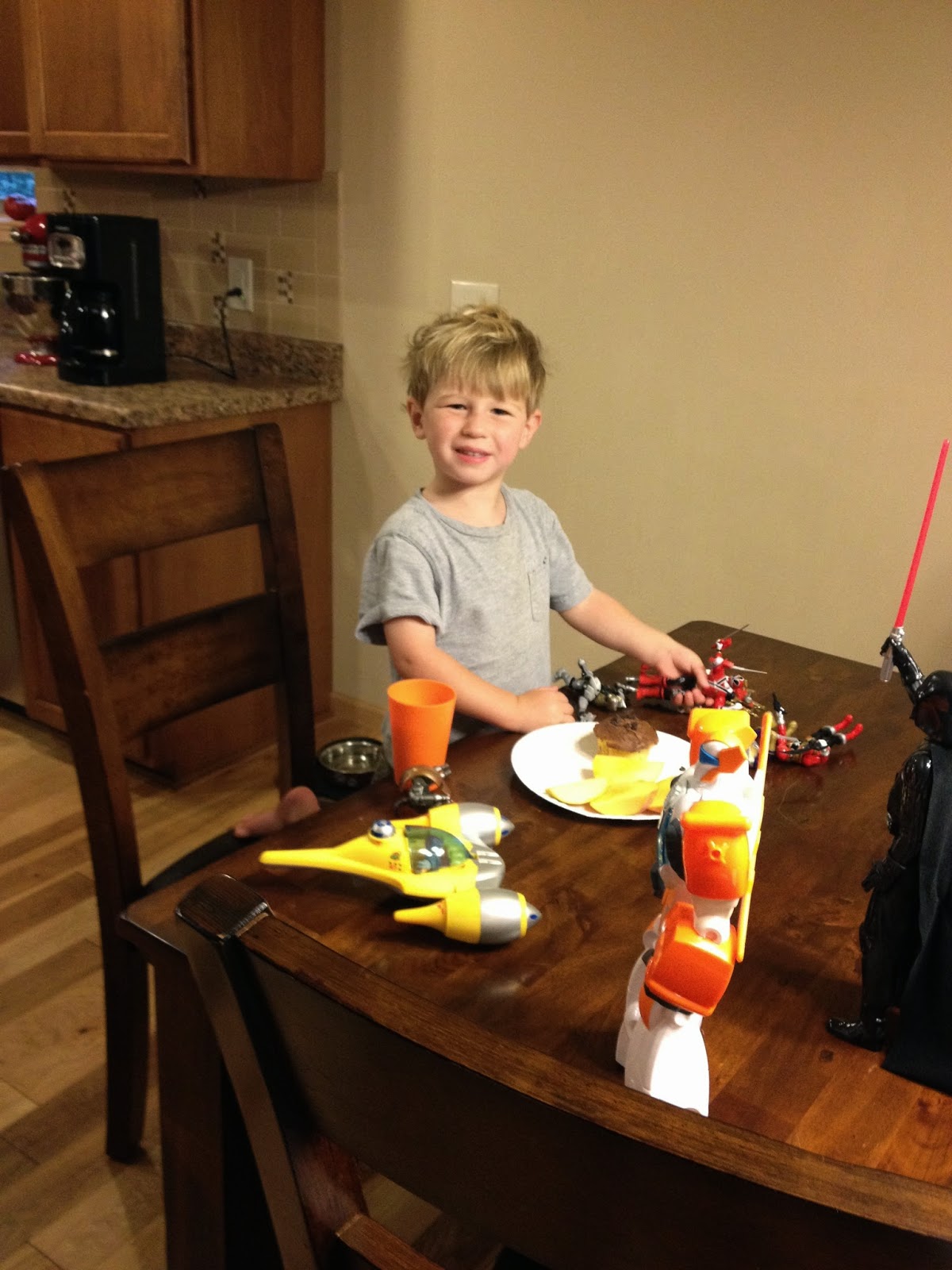 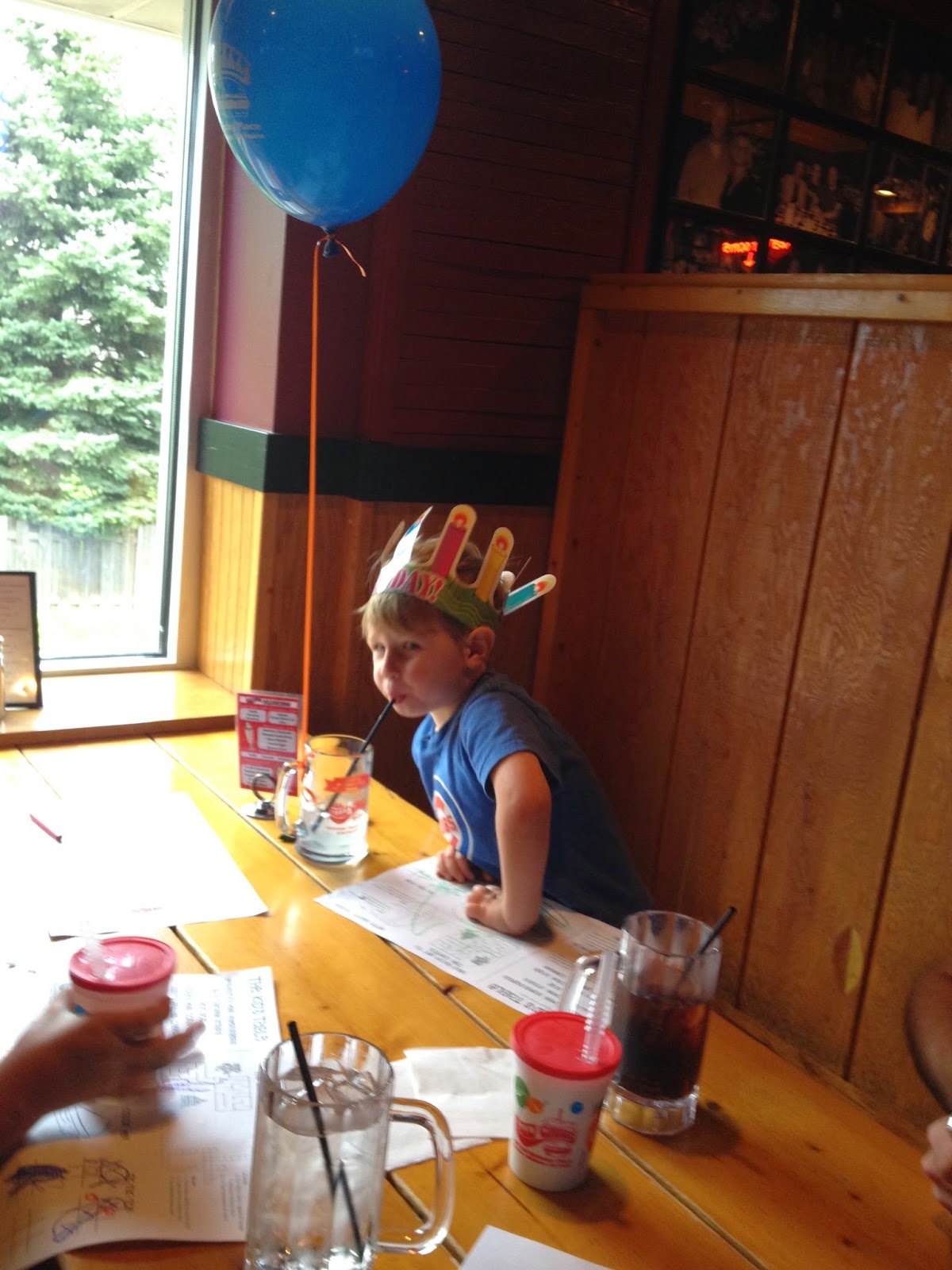 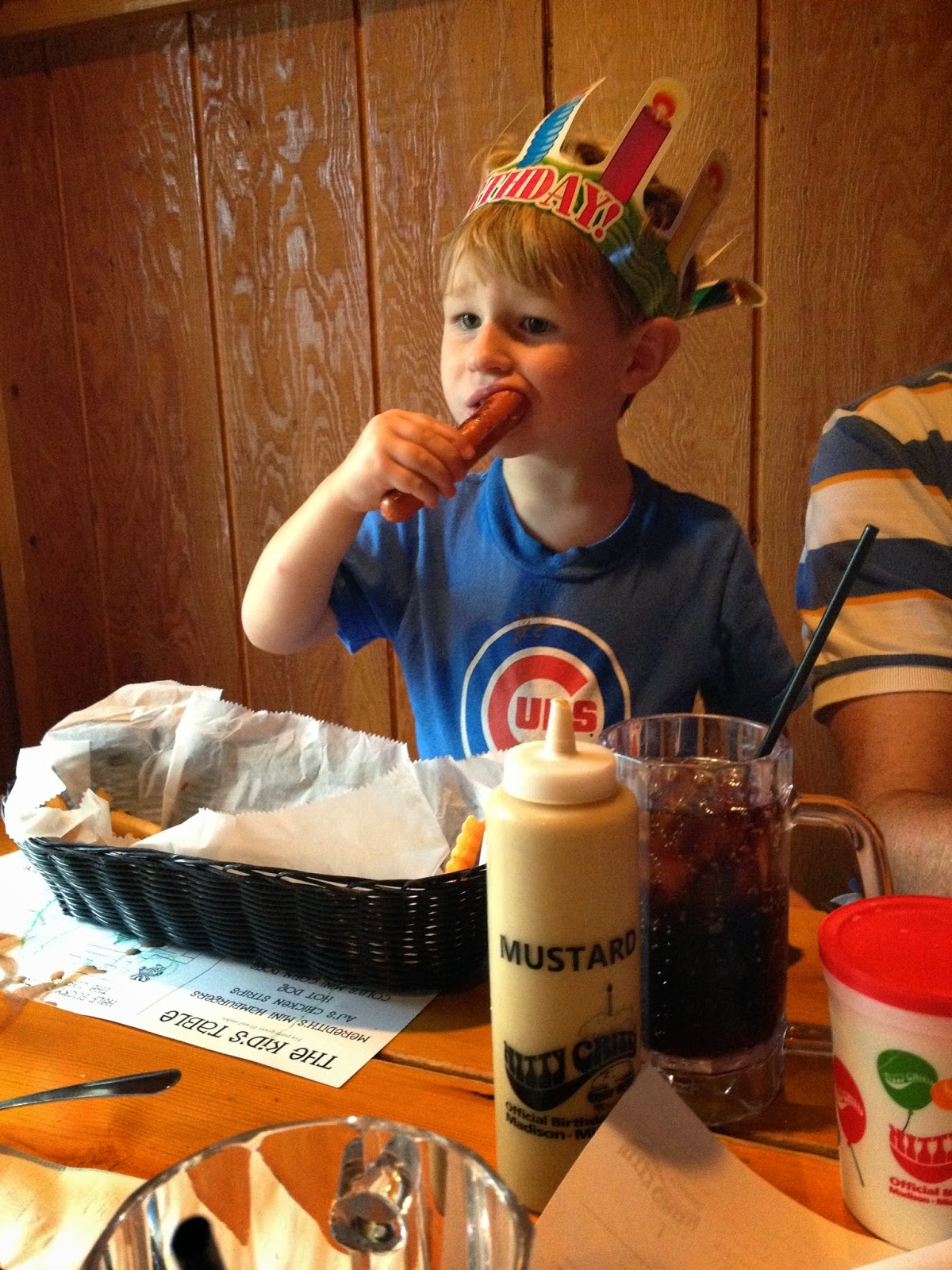 Edited:  I just re-read Coop's birth story, and I forgot to mention there that our nurse, Corky, had to be called in from home because it was so packed, that Ben made a horrible joke at my expense when I was pushing, and Corky gave him the world's dirtiest look, and that Cooper was GREEN when he was born.  You're welcome.
Posted by Sarah at 10:15 PM

Love this: Like when he comes out of bed after nap all stompy and red and crabby and disheveled with pillow wrinkles on his face. I could eat him up.