The kids were neatly dressed in matching outfits (except Cooper who eschewed the pullover sweater and jeans with a damn sweatpants waistband that seemed like his ideal outfit in favor of a pullover thermal and actual sweatpants) and ready to hit the road to go to a Santa sing along in the Chicago suburbs with Ben's family at 6:30 this morning.  Then we got a text saying there was a snow storm and we should stay home.

So we went grocery shopping all fancy (srsly.  I was wearing high-heeled leopard booties).

And then we saw Santa. 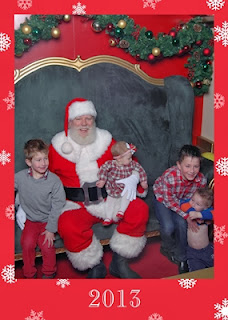 Then we went ice skating with was much less FAIL-y. 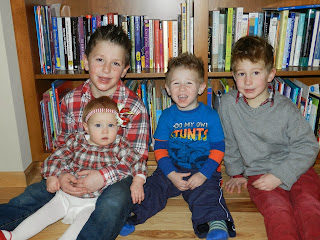 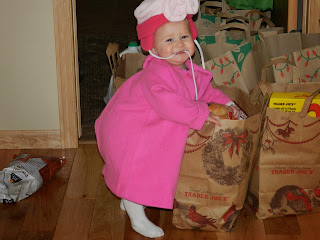 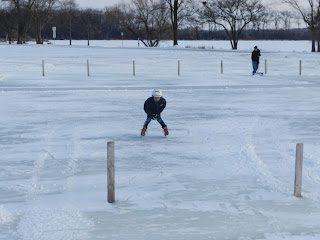 He has been dying to skate like the big boys, and when he woke up from nap to find new skates and his very own helmet, he was in heaven. 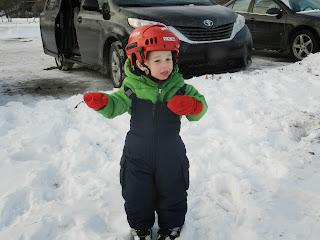 Ben got a helluva workout 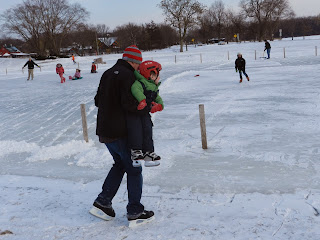 Such a huge smile 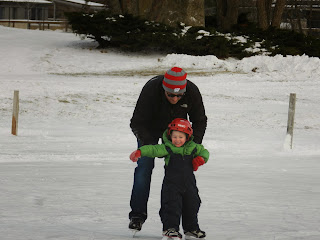 He looks like such a baby underneath that face mask 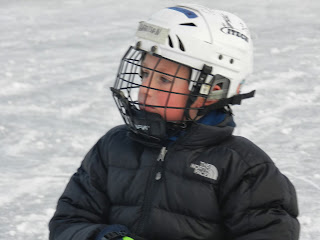 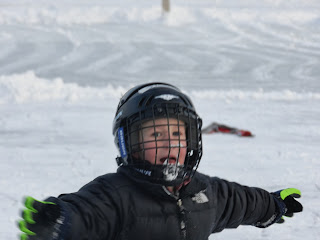 I love how his skates are dangling. 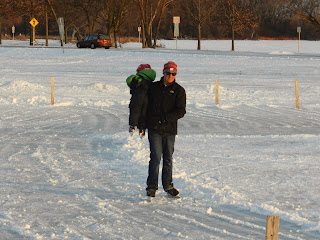 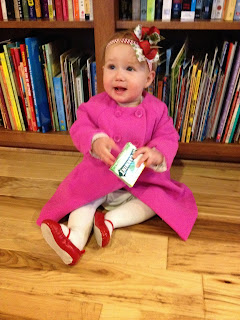 I think Jack was whacking Harry on the head in this picture.  They love each other. 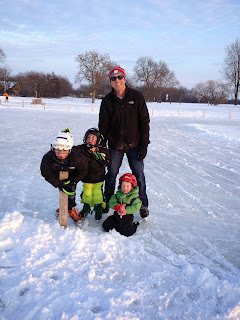 Jack was hilarious today. We asked him what he asked Santa for, and he said, "Well, I guess you'll see it on Christmas."  (He told us over dinner:  Barbies, which we knew already. Phew!)  And when Ben woke him up this morning he said, "Oh, wow.  I was sleeping in my real life, too!"

LOVE your Santa picture!! And the skating pictures are adorable :)

I love Jack coolly saying,"well I guess you'll see Christmas morning what I asked Santa for."