There's a dead rodent somewhere in our basement.

We're thinking in the walls or the furnace or the vents because we can't find it or any signs of it. (Neither one of us really wanted to find it, mind you, because then we'd have to DO SOMETHING besides bitch about it, but we got out flashlights, and we LOOKED, damn it). But my god can we smell it. Eff. We had some chipmunks living in our garage, so Ben put out some D-Con, which they ate. Now at least one of them appears to have dragged its sick body inside our house to die. Yum. And I really hope it's just one.

In other news, I have the most ridiculous cravings (no, the smell of dead rodent doesn't affect my appetite in the least), like Sour Patch Kids and anything the nieghbors are eating-- whatever I smell out the window (fried chicken, burgers, tuna helper), I want to eat. Except pizza, which completely disgusts me for the first time in my whole life.

Harry's superb, accordnig to his doctor, whom we saw today for a check up and who was impressed with Harry's language use, motor skills, growth, and pleasant disposition. He was also glad that Harry still rides rear-facing, although I admitted we'd probably flip him around when the baby comes for space reasons (unless, of course, we get the minivan of Ben's dreams). The nurse was so glad I mentioned the baby because, as she said, "I wondered if Harry's mom was pregnant again." Cool. I have no name. Also, I am fooling no one in my oversized sweater and unbuttoned skinny jeans. (And really, are they skinny jeans when they're unbuttoned or just narrow-legged jeans?)

So, yeah. How about some Harry? Here's Harry's weekend in pictures.

Here we are at the Arboretum. We had to leave because there are turkeys and deer running around uncaged, and that's not cool with me, natural habitat blah, blah, blah. 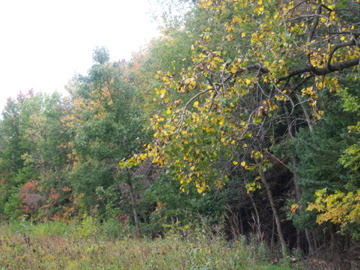 Ben admiring the fall foliage through his lens 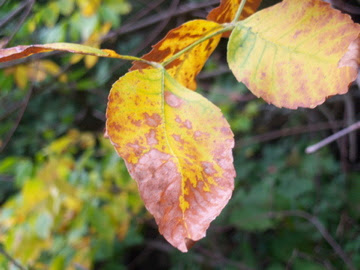 There's a big freaking deer in this picture-- it was just chilling on the path in front of us. I ran way. 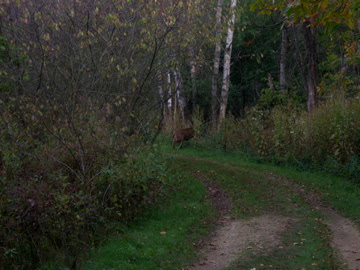 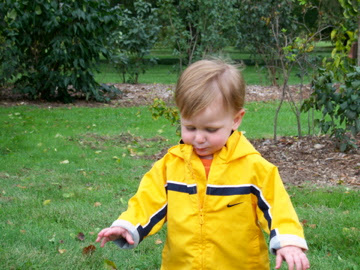 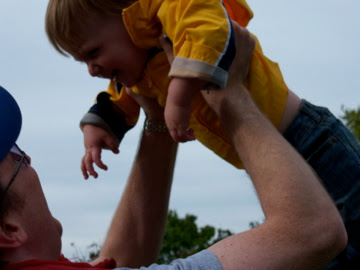 Ben went to the football game while Harry helped me clean out my closet and unpack all my old maternity clothes. Turns out since I didn't start showing until freaking January with Harry, I have a shortage of fall clothes. Also, I have some HUGE summer clothes that I wore when I was 9 month pregnant that hopefully won't have to make an appearance this time. We're talking monstrous Daisy Dukes (what the hell was I thinking?) and the biggest beaded purple halter top I have ever seen (again WTF??). 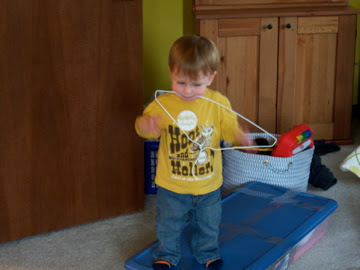 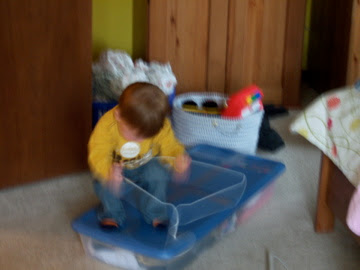 Okay-- I have more pictures, but Blogger is soooo slow right now. So, tell ya about the reast of our weekend later. Or maybe not because it was completely lovely, relaxing, and boring, just the way we like it!
Posted by Sarah at 10:44 AM

Oh gosh, the dead rodent thing? That is the worst. And it's happened to us twice! (!!!) My advice is DON'T LOOK FOR IT. That's Ben's job. Believe me. You don't want to be the one who finds it.

Ben Looked...Ben didn't find anything...Ben's done...Ben bought odor absorbing gels. The odor is going away. The rodent is decomposing...it's fine. I'm sure I will find it when I get out all of the holiday decor. Something to hang on the christmas tree I suppose.

Ben's not done, though, if we fnd it right? Ben will at least scream a little and fling some bleach on the floor, right? And Ben should buy a shovel just in case-- not for burial-- for flinging it the hell away from here.

Haha, you guys are funny!

And Ben, don't proudly carry it around the house like it's a frigging twelve-point buck like SOME people who are inordinately proud of their glue trap placing skills.

Oh my. Dead rodent smell would have put me over. the. edge when I was pregnant.

And by all means, we must see the daisy dukes and purple beaded halter top. You can't just go talking about that sort of fashion statement and not show it to your readers. It ain't right!