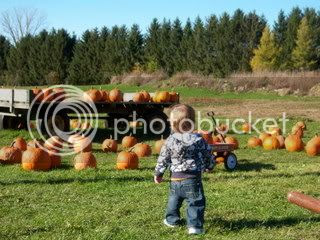 Does anyone else remember Pumpkin Patch Kids? They were knock off Cabbage Patch dolls. I totally got one for my fifth birthday, and I remember being more than slightly pissed. Bomma bought me a REAL Cabbage Patch for that same birthday (thank god). She UPSed it (I remember waiting in the window like a puppy because I KNEW my doll was en route), but it was a day late because she had to fight off thousands at a K-Mart to get it (may have had to camp out for weeks, for all I know-- Cabbage Patch Kids were very popular in 1983). So, until Ursula Carmel came in her triangle-shaped box, I had to make do with Pumpkin Patch Penny, who wore a yellow dress and had yellow foam arms and legs.

Here's Harry at the same pumpkin patch last year (clearly, we went earlier in the season last year because there were WAY more pumpkins left. We had slim pickings this year). 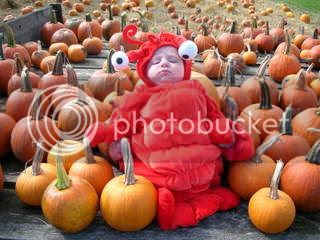 He totally has shiny ittle doll cheeks in this picture. 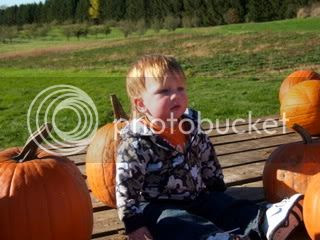 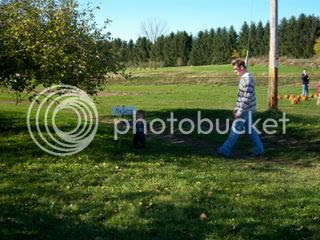 I'm telling you, the kid has a thing for apples. We were in the cute little store buying apple donuts and caramel apples, and Harry saw bags of apples and went nuts, saying "Apple! Apple" really pleadingly like we never give him fruit and just force Malomars down this throat all day. 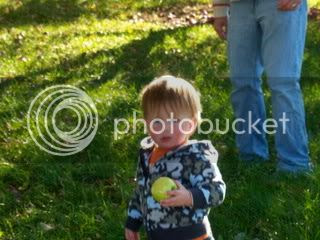 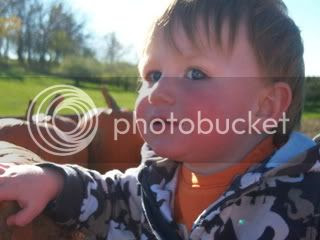 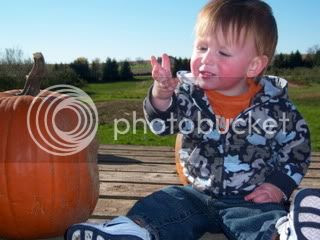 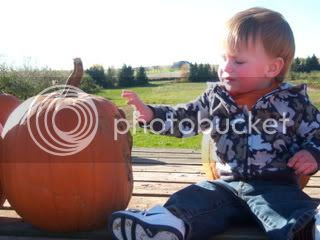 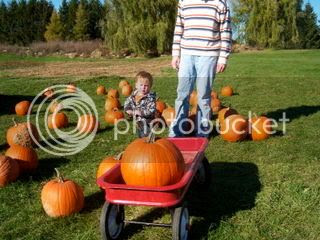 and the wheel barrow 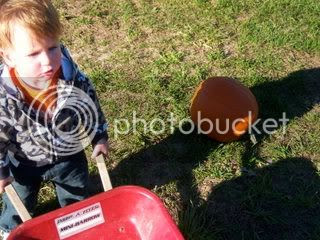 and whatever the hell he's pointing at 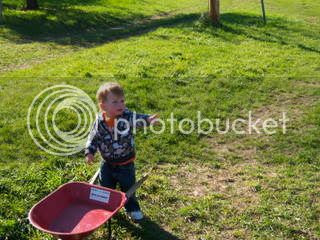 Here's his POV on the pumkin carving 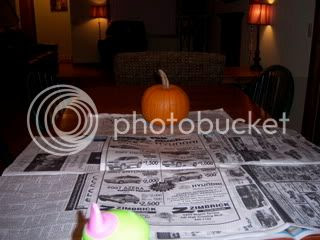 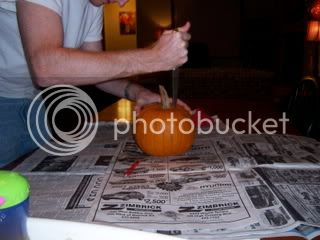 He was super serious at first, but as the cute little pumpkin face emrged, he got excited 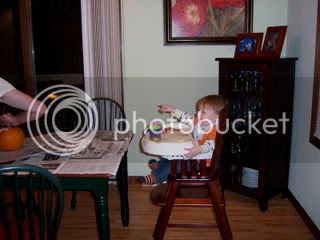 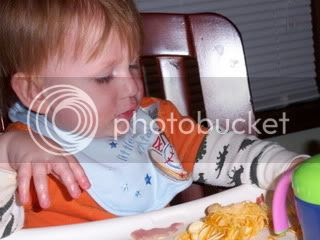 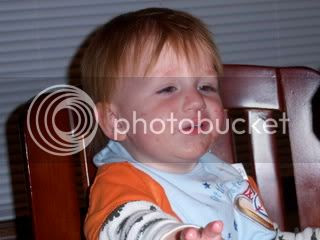 Because we're huge dorks (as if you didn't know) Ben and I carved our pumpkins, too, after Harry went to bed. Here's the finished product: 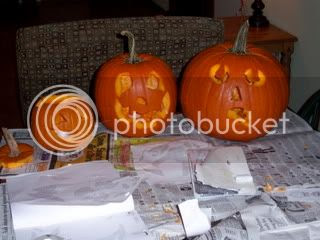 So fun! We are total slackers and have not bought a pumpkin this year. I know I know. There are plenty at the grocery store though, so maybe. I LOVE the lobster suit! Costumes without individual legs are the BEST.

AHHH. I suck. I should have said congrats on the pregnacy earlier! I'm so excited for you both! Harry looks so big! His costume last year is priceless. I'm excited I'll see you this weekend. Theo's mom is watching the boys for the dinner, but I thought about stopping by at the tournament Saturday with the boys around eleven a.m.? Wanna meet up and the boys can play on the grass together? Are you going to the reception on Friday? I hadn't asked Theo's mom to watch the kids then... but I guess I could. Oh, and what are you wearing to this thing?

Happy Halloween...this is Beggar's night here, and Jack doesn't answer the door...I'm tempted to hide with the lights out...we'll give you the talking pumpkin for next year when you are here....Bomma

I remember pumpkin patch kids, I still have mine, she was/is my favorite toy since I was little.