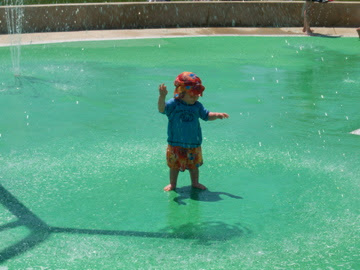 We went to see Harry's Grandma and Grandpa J , his Great Grandma, and his Aunt Jen, Uncle Maurice, and Cousin Max (who's going to be a big brother in January!). I don't have very many pictures because I put our camera in Harry's cooler (yeah-- never had to carry around a cooler of milk when I was breastfeeding because my breasts were always magically cool), and the lens got all foggy. We went to this splash park, which Harry thought was the best place in the whole world. He ran from sprinkler to sprinkler, grabbing handfuls of water, sticking his face under the stream, letting the water blow up his pants and under his shirt. He was dripping wet and soooooooooooooooo damn happy-- he was singing and clapping and chortling as he waddled from water feature to water feature. 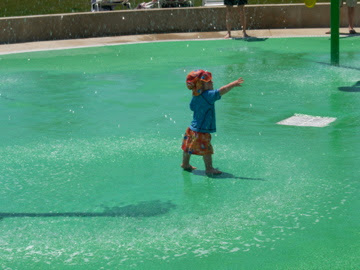 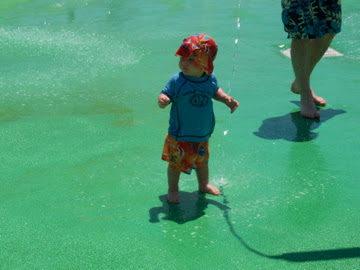 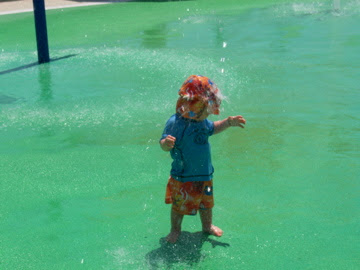 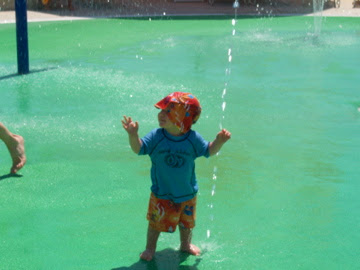 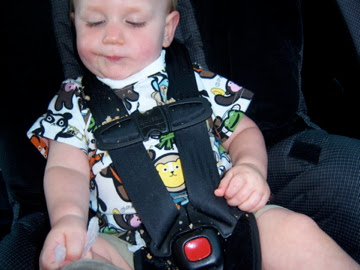 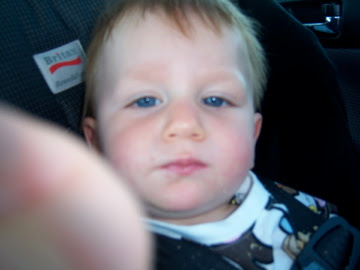 And he met Sundae-- no not in a dream. Foggy lens, remember. 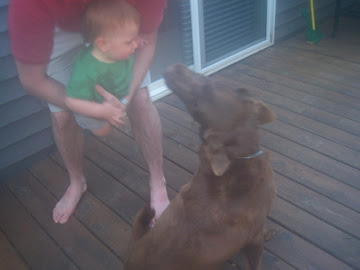 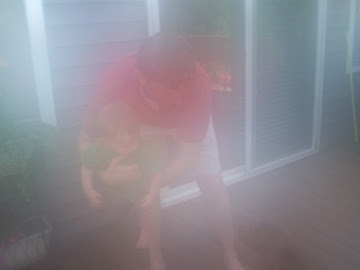 Oh yeah? And remember that tower... 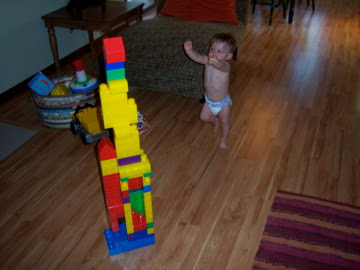 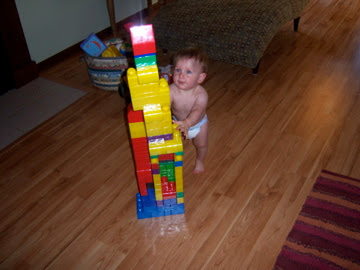 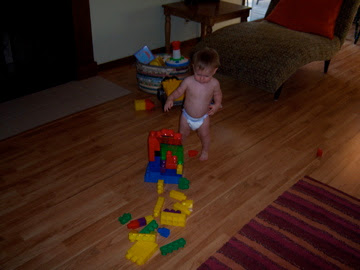 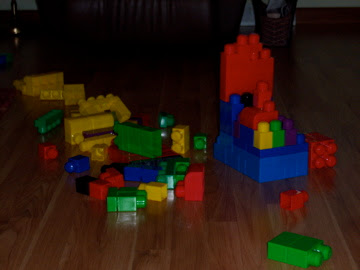