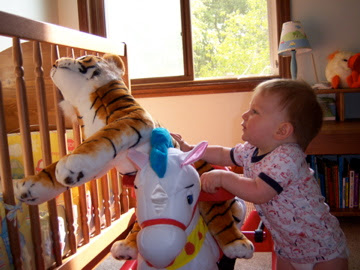 On Thursday, May 24th, Harry's day dawned like any other: crap pants, eat waffle, show Tiger a good time.

His mid-morning horsie ride came to an abrupt halt when Dada called, but Harry was resigned to this routine morning interruption, and he handled it with aplomb. 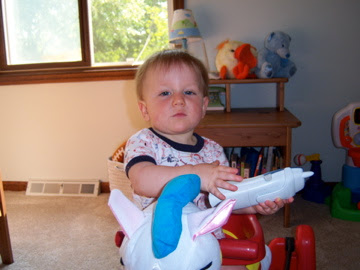 When Harry's Mamama helped him into his clothes sometime after Walk, Nap, and Snack, she remarked casusally, "Hey, Harry. This sleevless green T-shirt goes so well with your mullet and your shit kickin' jeans," and Harry nodded his head amicably, not really listening, hoping she'd be quiet soon and give him a cookie or offer him some milk and a cuddle.

Later that afternoon, however, this conversation would haunt Harry, as he realized that what he had interpreted as a breezy discussion of his Wisconsin waterfall was more judgemental than inane. Happily digesting his turkey with rice and vegetables lunch, Harry found himself strapped first into his Roundabout-- still, not out of the ordinary because his afternoons were usually filled with parks, shops, and cafes, all of which he had to reach by car-- and then into a small yellow chair that looked like a taxicab and moved up and down, but it was jerky, this up and down, not smooth like the otter he liked to ride round and round, up and down on the Zoo's carousel. Harry had never before sat in such a chair, one that came with its very own shiny steering wheel. 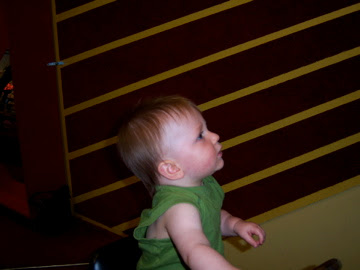 Harry relished the reckless unfamiliarity of the taxi chair, drving fast and taking care to guide his yellow car around sharp turns. 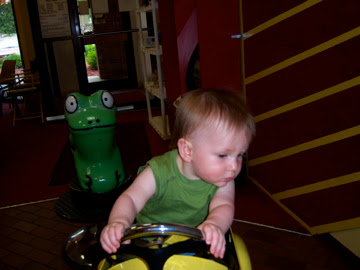 A few minutes into his ride, a woman with a scratchy voice and a tan put something silky around Harry's shoulders. A cape, she called it and told him he was just like a super hero. Harry strongly doubted this assertion as mist from a water bottle slicked his mullet to his cheeks, ears, and neck, and he lost his hands under the folds of the cape, losing, too, his ability to drive his yellow taxi chair. 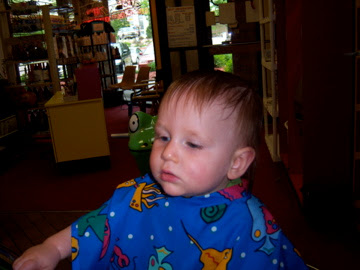 Harry sat very still as the woman moved in a slow circle around him, stroking his wet locks with her fingers, scracthing his scalp with her comb, and snipping off the ends of his scraggly aubrun hair with her sharp scissors and whispering clippers. Harry sensed the gravity of the moment, and he watched his mother hovering nervously with her camera. 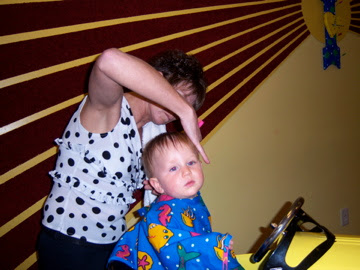 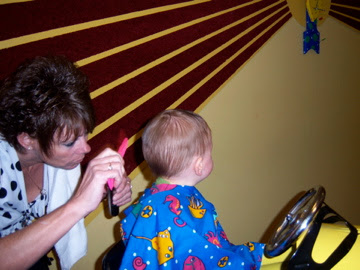 When the woman stopped moving around his head, she handed Harry a mirror, and he looked with delight at the Handosme Baby, glad to see his old friend and noting the Handsome Baby's distinguished look. Something about his reflective companion had changed, but Harry couldn't put his spitty finger on the source of Handosme Baby's extra handsomeness. 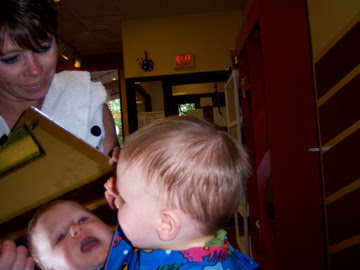 Harry and his Mamama left the shop with a small bag of wet hair and a certificate assurning them that "Harrson" had gotten his first hair cut, and Harry wondered if Harrson was the Handsome Baby's name because, come to think of it, HB's hair looked shorter, trendier, chicer. After Harry got home and had some banana chips and milk from a sippy, the rest of his day took its normal shape, much to Harry's relief. Deviation from his norm always made Harry poop, and an afternoon poop, in and of itself, was deviation from the norm and the beginning of messy cycle. 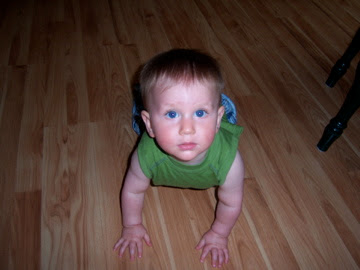 After a mismatched dinner of revolting ravioli and intriguing taquitos, Harry began the sissyphean task of ascending the stairs to his room for Playtime, making it halfway several times before his parents carried him. In his room, Harry investigated the junk in his closet, 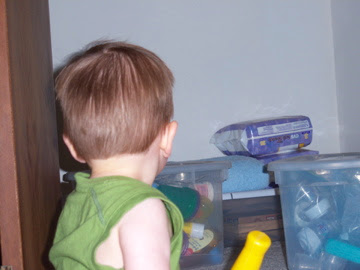 struggled off of his Mamama's lap, 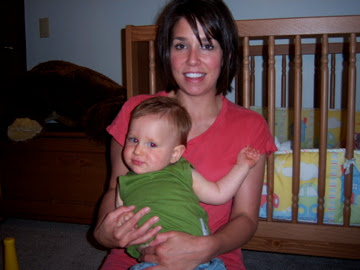 and sat contentedly in the middle of all of his toys, crawling from pile to pile until Dada picked them up and Mamama undressed Harry and plopped him in the tub 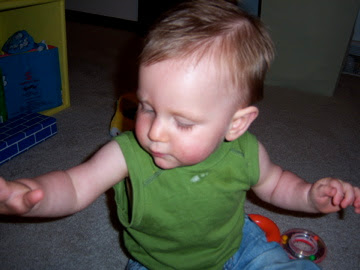 where he sucked the moisture from his wash cloth and wondered why his parents cling-wrapped the shower wall. 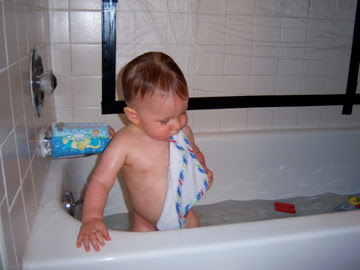 Oh that was hilarious!

What a handsome boy.

We are also sporting the cling wrap on the shower. Some tiles came loose and water started leaking into our closet. Ahh, home ownership.

What a big-boy haircut!!!

He looks so grown up! I REALLY LIKE THE HAIRCUT. You are so funny!

LOL. I have missed your blog, I have not been on the internet as much lately. Harry looks so handsome! My boys need haircuts bigtime. Love the plastic shower cover. Hehe. Can you come down and play this week? We have a doggy dr. appt today, but we'll be home all week otherwise. OH, and the car should be fixed soon, too... so I can come up, too!