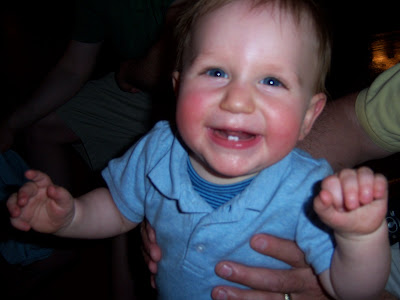 Despite the lessons of The Apprentice, I think a distinction does exist between street smarts and book smarts. Or maybe that was the lesson of The Apprentice. I can't remember. Anyway, Ben and I are book smart and street stupid. Case in point?
HARRY'S FIRST TRIP TO THE E.R. 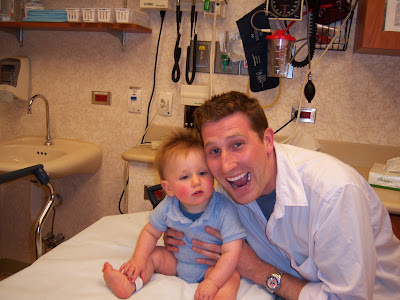 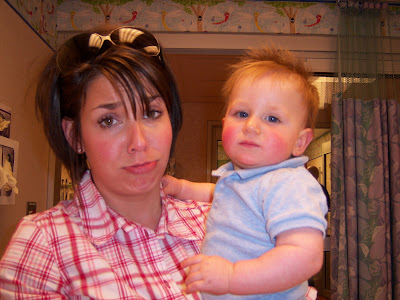 Don't be alarmed. The official diagnosis? A contusion, or, in other words, an owie. 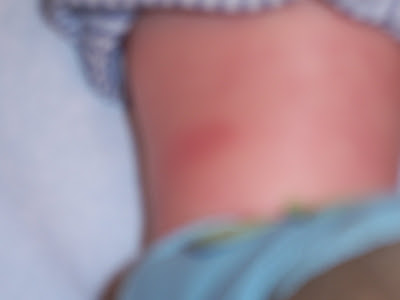 We were on our way to a birthday party for this cutie who just turned 5, 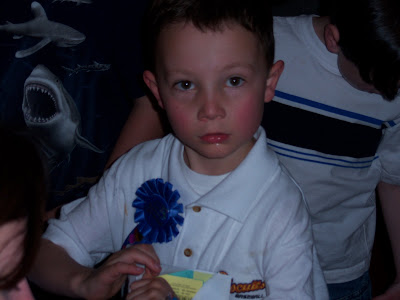 and we stopped at the Container Store and Home Goods. Ben went to the bathroom, and I let Harry play with the Handsome Baby, who was in a giant gold-framed mirror. Harry and the Handsome Baby were sitting down, and Harry's feet were under a shelf. I decided to help Harry stand up, but I didn't see his feet under the shelf. His foot and ankle got stuck, but I kept pulling him up. The result? As Harry's Uncle Ben said, "Oh, he banged his shin." Well, er, yes. But I was sure his leg was broken, making me THE WORST MOM EVER. Ben heard the screams (Harry's, not mine) from the bathroom, and when he came out, I insisted that we abandon the really cute toy boxes we found and run across the strip mall to Qdoba, wherer we put ice and a cold water bottle on Harry's ankle, which was red and swollen. I called our HMO, and they said to watch him for ssigns of lethargy, which totally freaked me out. I wanted to take him home and go to urgent care, but Ben pointed out that we should go to an ER or a doc in the box in the 'burbs. I called him a mama's boy and accused him of just wanting to go to the birthday party instead of taking care of his kid, and we was all, "you're a moron. Why make him wait 2 hours for care when we could to Alexian Brothers?" Hmmm. Maybe I am the only stupid one. So, we were the laughingstock of the ER because Harry GIGGLED when the nurses and the (annoyed) doctor touched his bruise. We asked a nurse if he seemed lethargic and she asked us if it was his nap time. We both said "No!" but we both knew that it was, indeed, his nap time. So, we went to the party and got made fun of there for a while. Luckily, Davis is the kind of cool kid who serves beer at his party, and beer was exactly what the doctor ordered. Not for Harry. Duh.

A few pics of the party and of Harry and Max 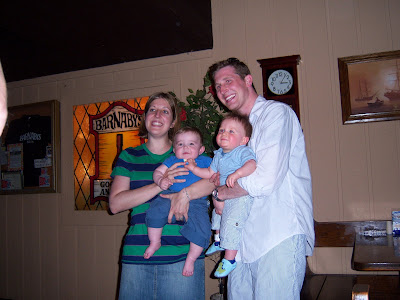 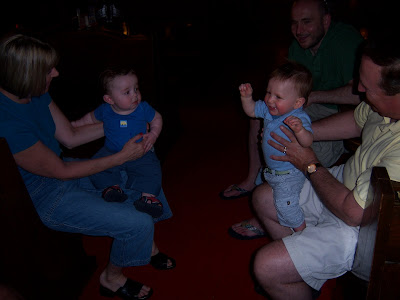 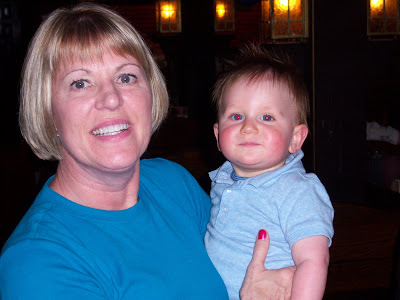 Before the big bruise, we went to the farmers market and saw Jamie and Theo and their cutie pies. Once again, Jamie has better pictures. Here they are. 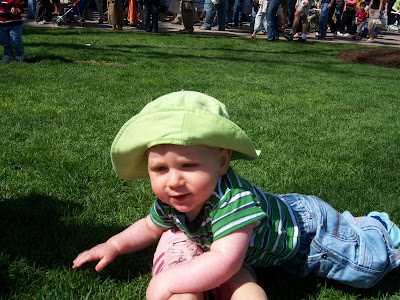 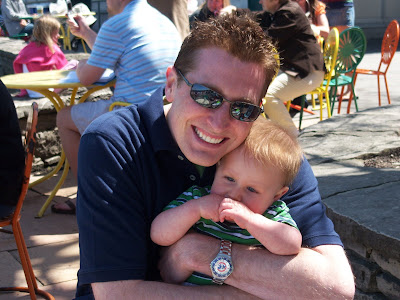 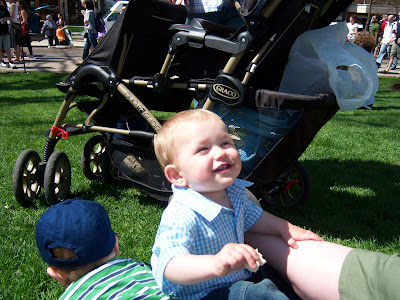 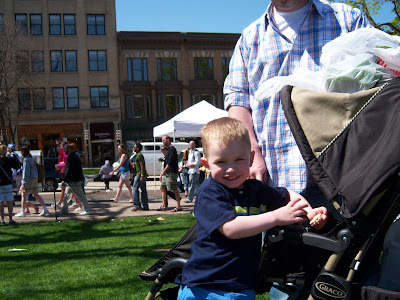 They always think I am either overreacting or underreacting when I go to the pediatrician's office. I can't win. Love the pictures!!

Oh, goodness. I'm glad he's okay. Ben's first "owie" came from a huge chair he pulled down on top of himself. It's true, you do let the second baby juggle knives.

I love the picture of Harry and Daddy. Adorable. And I'm so jealous Ben looked at your camera, and smiled!

Ben misses you. He said the cartoon girl in his View Finder was "Sarah" this morning. I am just so pooped this week; yesterday and today I have yet to take my pajamas off. Next week? I'm free any day... even the weekend, Theo has reserves.