WE FINALLY PAINTED THE LIVING ROOM!

I have been EXTREME NESTING this whole pandemic, as you might have been able to tell from 1. Cooper's room. 2. The baby's room. 3. Dorothy's room. 4. Repainting the whole GD basement.

Well, friends, I am happy to report that we NO LONGER HAVE YELLOW WALLS because Ben is the best!

Seriously, he works SO HARD at work, and then he spends his weekends working like crazy around the house in a way that is truly extra. He also happens to be an excellent painter, so he never wants to hire people to come do it for us, even though I usually do (although, of course, I did NOT during this pandemic.

In the end, we went with Sherwin Williams Grayish, the same color in the basement. We picked this color from the interwebs, and even though we got a sample can and actually painted like 100 square feet with it, we were still really unprepared for how BLUE/LAVENDER it in on the upstairs walls. I wish it were named grayish (blue) because we might have gone with something warmer. But, we did not, and I fully love it because you know what? IT IS NOT YELLOW.

Also, we got a paint that is both primer AND washable flat paint, basically a miracle formula, and it covered all the insane colors we painted over on this journey IN ONE COAT. Highly recommend.

Here are a millions pictures of the SAME! DAMN! THING!

Ben LOVED that I used my time early on Saturday morning to make the kids pancakes, clean up the pancakes, and then STYLE BOTH BOOKSHELVES while he taped and painted the entire front hallway and entry. 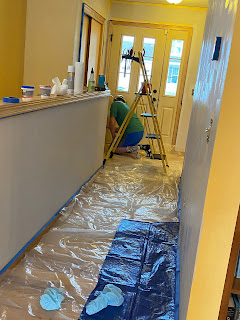 But then the joke was on him because I hauled my fat ass up on the counter (thank goodness I did  not break the stovetop or burn my feet) and painted the kitchen, and we all know that I am not a very good painter. 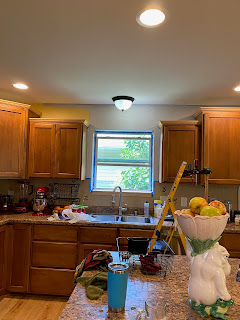 Cooper, blowdrying some spackle so Ben could re-texturize the walls. And then we ended up hanging something in the EXACT SAME PLACE because of COURSE WE DID. 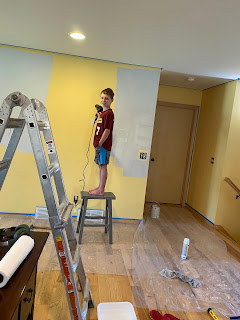 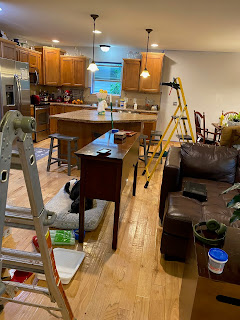 This is my FAVE! We have a really tall wall, and we could not figure out how to make a ladder work so paint it. Ben was not worried about the majority of the paint because he has a roller extension, but he WAS concerned about taping the ceiling with the genius 4-inch tape we bought. In the end, he asked himself what my dad would do (because he first painted with my dad when we moved into our condo). My dad always took an un orthodox approach to home improvements, but he was pretty handy even though his technique did not always translate. (My favorite was the time he helped assemble our IKEA bed by getting on all fours inside the frame and using his back legs to kick it into place like a donkey might). Ben decided the most Gary thing he could do would be to forgo taping and duct tape a small paint brush to a broom handle and be careful.  IT TOTALLY WORKED! 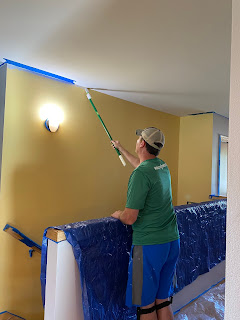 Ok, now just a bunch of pics of the same thing: 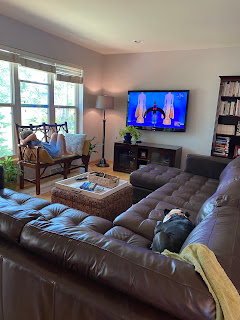 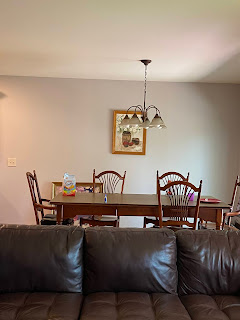 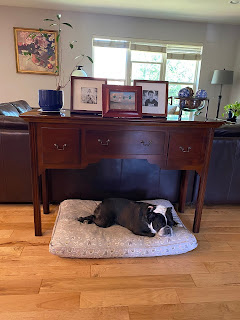 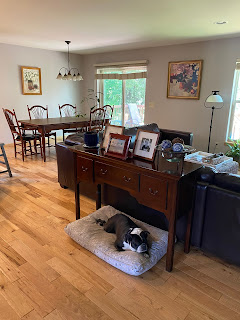 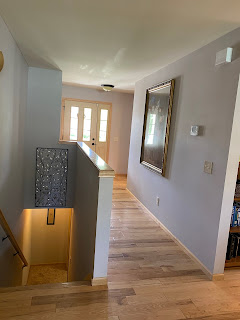 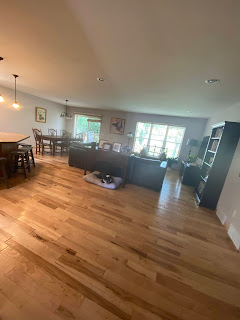 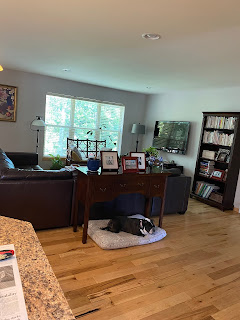 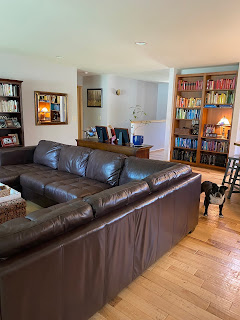 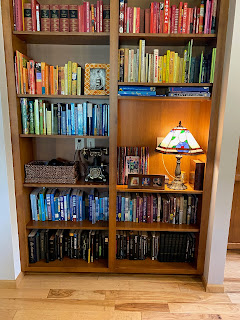 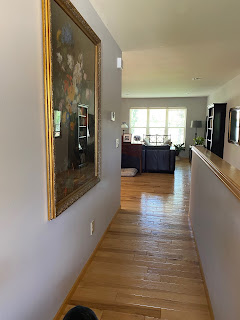 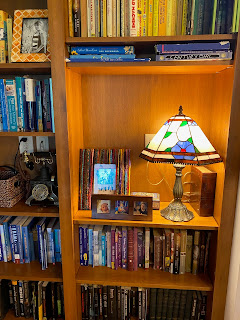