It's been a few days, but don't worry, we haven't gone anywhere.

This is what Dorothy would have worn for Easter if any of us got out of our pajamas yesterday, which we did not. 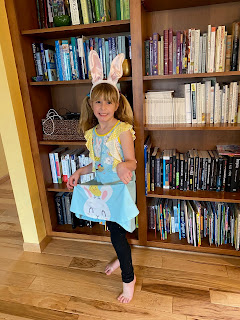 Virtual learning. In some ways, it is not as bad as I thought, and in other ways, it is a giant pain in the ass. But cute. 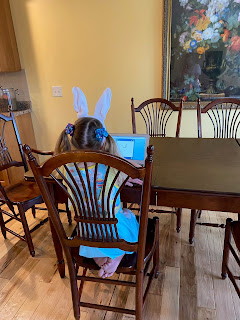 Picking up a curbside Target order AND then curbside meds.  Mask for sure. 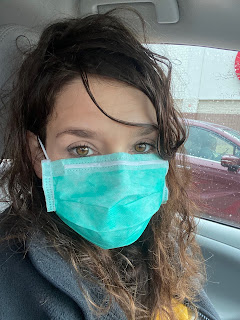 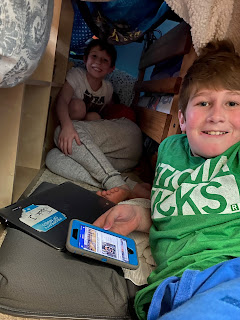 Exploding Kittens has made a resurgence. 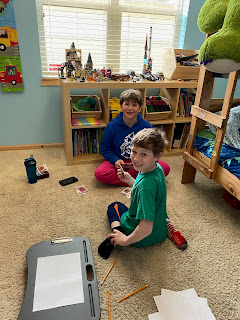 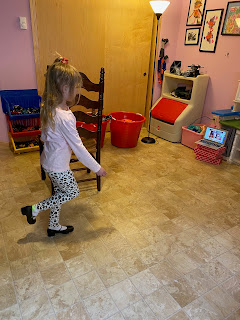 See what I mean about exploding kittens? 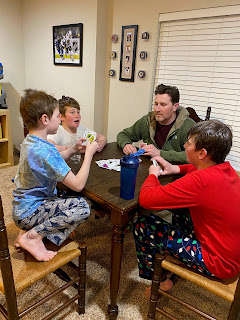 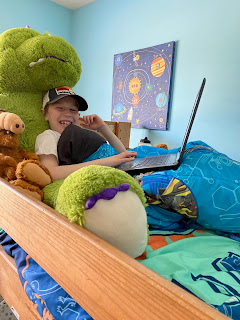 Dorothy and I spent a large portion of Friday afternoon working on Elsa's castle. 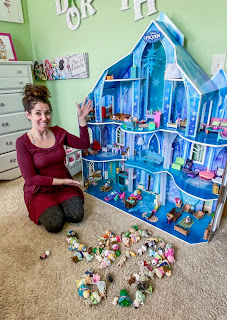 She did her own makeup. 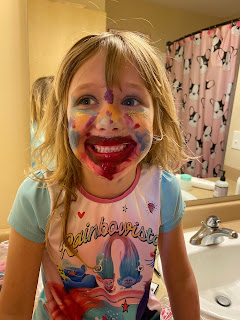 Also her own mani pedi 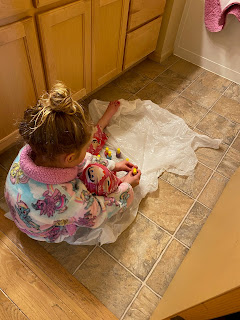 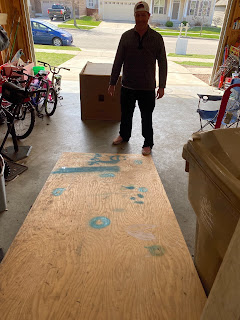 With some sturdy under-ramp support 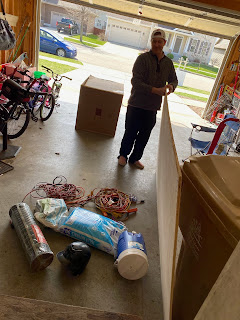 And why did he need a new ramp, you ask? TO INSTALL THE NEW DRYER THAT BEST BUY DROPPED ON THE FOOT OUF OUR DRIVEWAY. Because our dryer broke on Thursday. Do you remember our washer debacle? When it broke and we could not buy a new one for WEEKS.  I could not live through that trauma again, so we bough t new one online IMMEDIATELY, and it arrived LESS THAN 48 hours later.  But non installation.  So Ben DID IT HIMSELF. He's the freaking best. 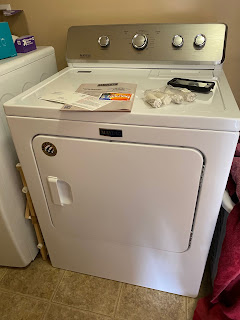 Whenever we spend Easter in Wisconsin, the weather is the pits, and we end up with a very un-photogenic Easter egg hunt. 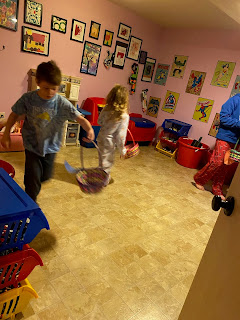 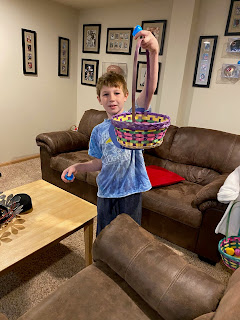 The kids were talking about 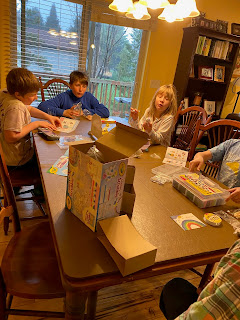 The kids were talking about Easters past when they found $100 bills in eggs and got new Trek bikes hidden in the bath tubs, and Ben and I were like GOD PAST US WERE ASSHOLES.

This year, the eggs all had candy, and everyone got something to share and something for themselves.  And sure enough, they played nicely together right away. 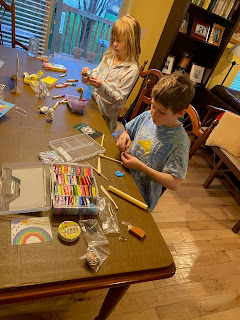 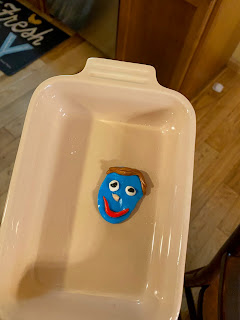 Also there were chocolate bunnies. 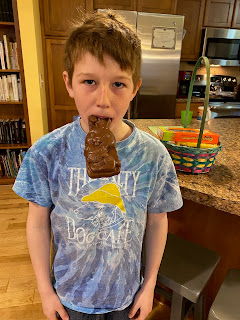 Baby bump! Also baby 5 has a NAME but not middle name.  Gah. 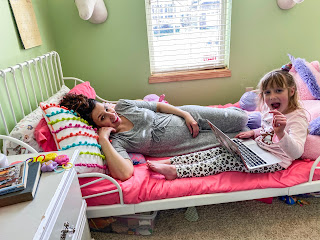 (We watched the new Trolls movie on Friday night, and I love that it came straight to streming and did not even mind paying $20 to rent it-- genius plan!) 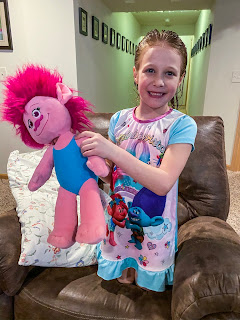 Dorothy is so adorable in her Easter dress and Bunny ears. I am so excited to see the dresses & bows you put on Five. I also really hope she gets our amazing curls.

Distance Learning! Made me think of your recent blog post. :-)