I cannot even believe it's QUARANTINE DAY 19

And yet, here we are.

It's hard to write about every day because they are all THE SAME, which is relaxing and comforting but also kind of a drag.

The kids had a lovely time for April Fool's Day. They froze cups of coffee for me and Ben. We streamer-ed Dorothy and Cooper into their rooms and took off all the couch cushions on the downstairs couches. I put google eyes on all the food in the fridge, and the boys kidnapped Dorothy's favorite doll and left a seriously creepy video. They also strung a doll up on her bedroom door. Luckily, she thought it was HILARIOUS and retaliated by absolutely trashing the basement while they were outside playing badminton. (That joke was mainly on us, though). She also hid their rackets in a tree.

Dorothy has started playing cars in a very girly way: 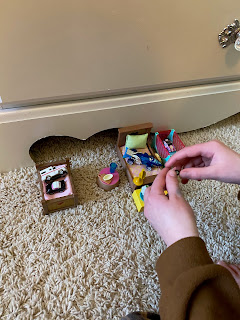 I was happy to come home from a walk and see Harry putting the badminton net together, but ever since, all the boys do is shriek at each other in the back yard and come in angry. Also the back yard is now just a mud pit. 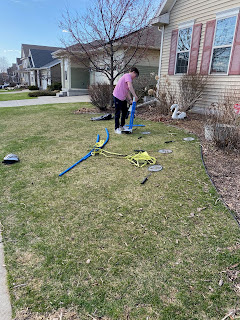 SLIME IS THE BEST 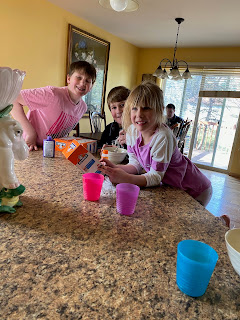 Beatrix and I are BOTH getting fat. 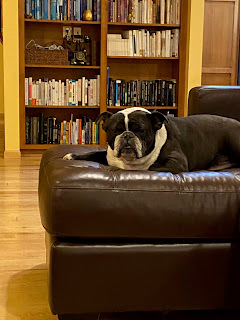 They use the slime as fidgets during read aloud 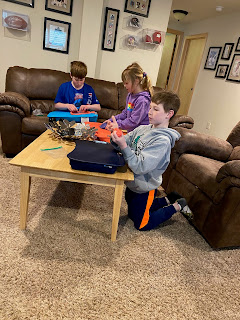 Dorothy's math packet is all about fact families, and she likes to actually draw them as a family. I love it so much. 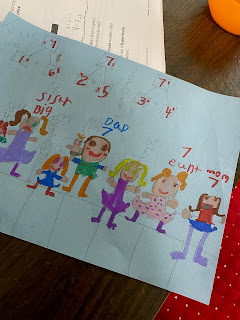 One chapter book down!  Everyone but Jack has finished at least one chapter book, but t be fair, he is reading a giant 500-pager. 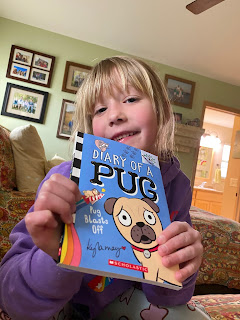 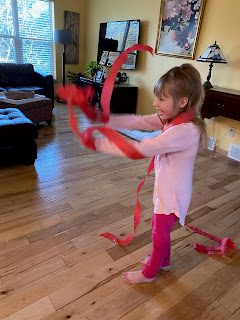 This is going to be SO WEIRD in a couple of days whenI forget I did it and the pickles are just staring at me. 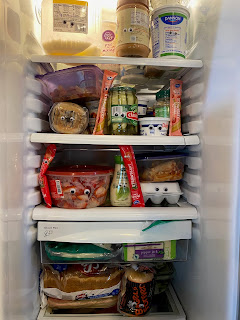 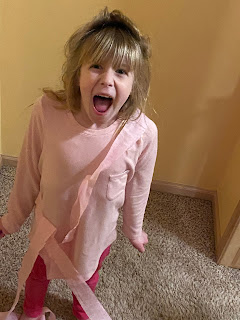 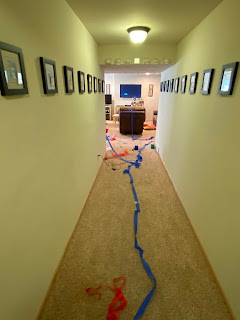 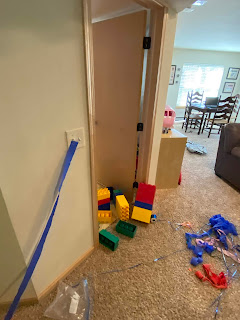 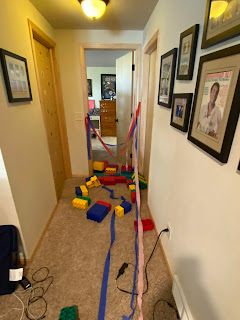 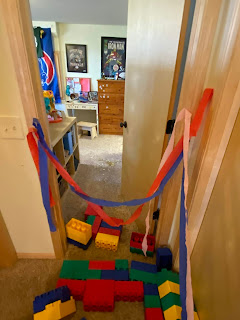 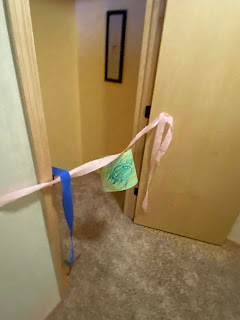 Her reaction to the kidnapping video: 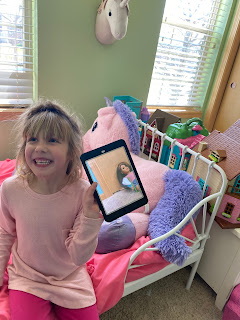 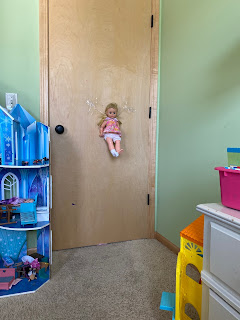 But not as creepy as this:
Harry, carrying Dorothy's abandoned stroller on our walk 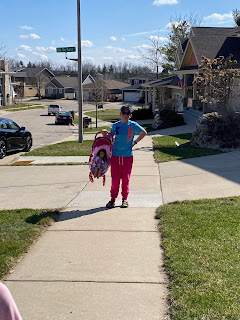 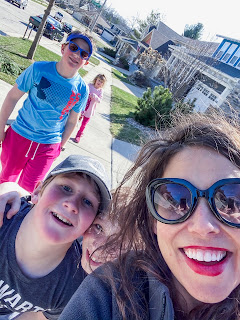