My week of total sloth-dom

Dorothy used some of her holiday cash to buy a Scruff-a-Luv, a stuffed animal that you buy all mangy and then supposedly make pretty but it just seems to stay all mangy.  I was totally grossed out by it (I have a texture thing), but she LOVES it like no other. 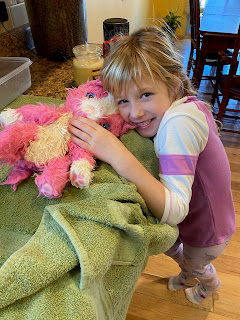 Cooper bought a giant sketch book and immediately started writing stories in it and drawing pictures of natural disasters. 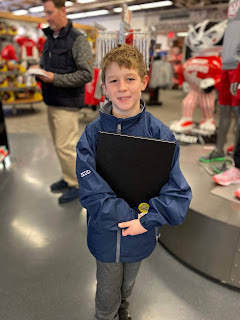 Harry waited for the Badgers to lose and bought half-priced Rose Bowl gear, and Jack spent his on video games and LEGO. 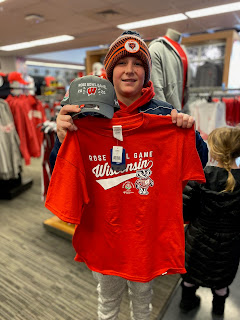 Look-- she seriously loves this thing. 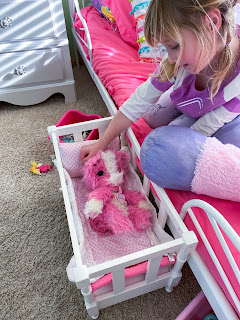 Ben and I used our holiday money for new kitchen stools because we are super bornng like that. 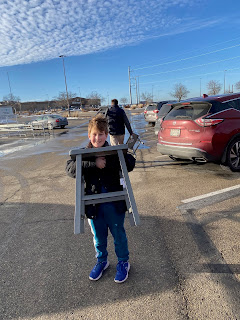 I realized that I did not get a single haircut in 2019 (YIKES), so I have already fixed that moving forward. 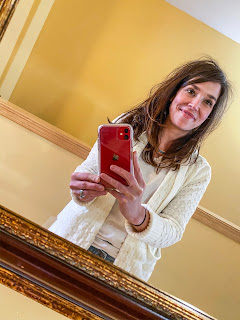 Dorothy is hard at work on a book about a bear named Daisy, and she works on it every chance she gets. 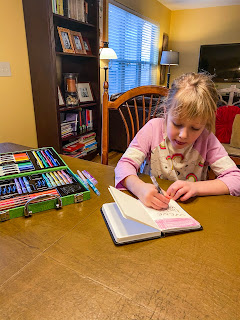 Ben and I had a lovely lunch date at the Elks Club. 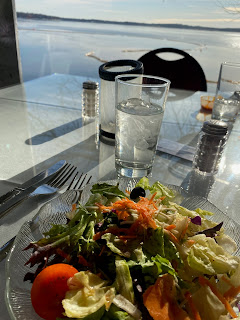 Dorothy revises her novel by reading it aloud. 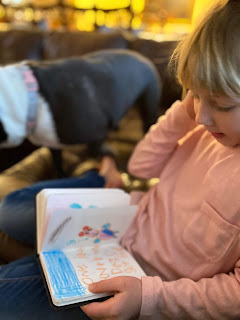 Beatrix is a fan. 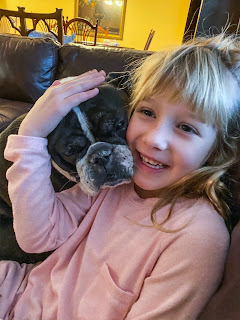 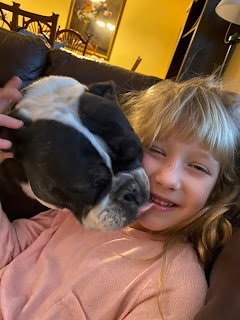 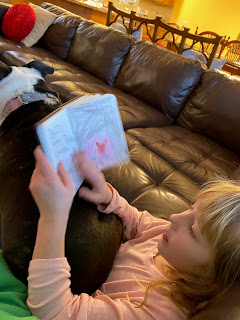 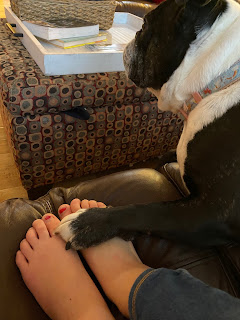 We went to an American Girl tea party at the library, and it was the cutest! 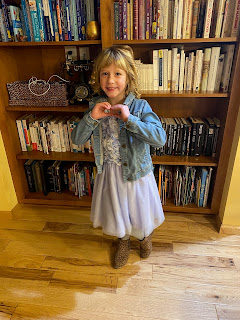 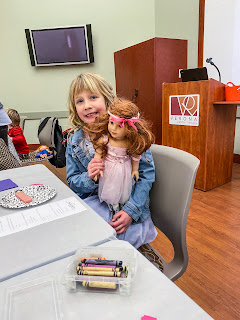 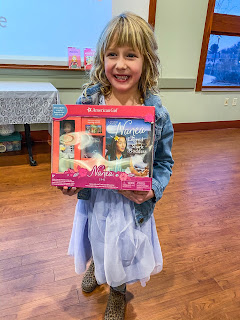 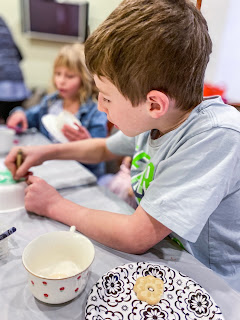 Cooper was skeptical at first, but he and ALF had a good time, too. 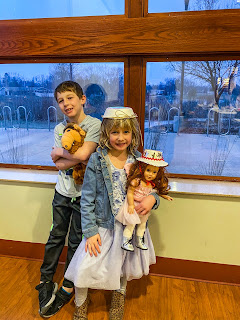 Next week, I ease back into work, and I am looking forward to it!  Being the only person hime all day is pretty lonely.
Posted by Sarah at 11:17 AM