I really thought Father's Day was going to be terrible.  Everyone says that all of the "firsts" are terrible.

I think, though, for the rest of my life I will remember the phone call telling me my dad died as the pinnacle of dad-grief terrible.  I had chills immediately and started shaking even though it was warm in my house.  I spent the whole night awake because when I woke up that morning, 15 hours before the call almost to the second, my dad had been alive, and I didn't want the last ever day with my dad in it to end.  That day did end, though, and the days marched on relentlessly after it, each one widening the gap between life with my dad and this awful without.

So, with all of that in mind, Father's Day was just another day in terms of grief.  It was also a great day to celebrate Ben, who is an excellent dad, of course.

We celebrated in a completely apropos way with a Little League game in the shadow of Miller Park. 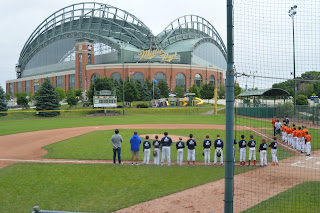 Coach Dad at his finest 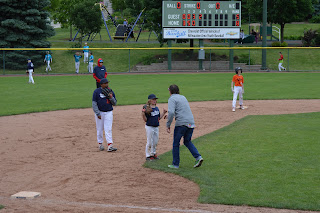 I went to the concession stand, hoping for a hot chocolate or a coffee because it was FREEZING, and they had neither.  But!  They had cans of Miller Light.  As someone who has spent the past 6 summers watching kiddie baseball, let me tell you that a beer is exactly what this experience has been missing.  I mean, sure, I had a couple beers in my cooler for the post-game tailgate (On, Wisconsin!), but I bought one to drink during the game.

Like 2 innings in, a park worker came up to me and was all, "Ma'am, we have a no alcohol policy."

Listen.  I may be 41, but oh how I hate being ma'amed. Also, I am a total rule-follower, so I also hate breaking rules, especially ones I didn't really know about,

I told him I bought the beer at the concession stand, and he was like, "Did you really?"

Not only were all of the families from the game before us drinking and grilling in the parking lot, but so were all of the families from the game after us. If I wanted a beer and knew I couldn't have one in the park, I could have gone to the parking lot like the ole soak I appeared to be.  Plus, does he really think I would choose to drink Miller Light if I had infinite beer options?? Do I really look like a WI sports mom at last?

I suggested he talk to his concession guy, but also I felt like a HUGE LUSH.

(I was right though-- beer in the stands is precisely the cure for everything that ails you about kiddie baseball.)

(I also wish I had poked a hole in it with my keys and shot-gunned it right there.)

Look at that swing! Dorothy spent her entire first week's allowance on cotton candy, and she was pretty darn happy about it. 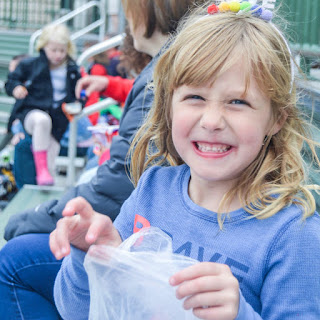 After the game, we cooked out with Jack's team and celebrated his buddy's birthday, and then we came home for a fire, s'mores, and sparklers. 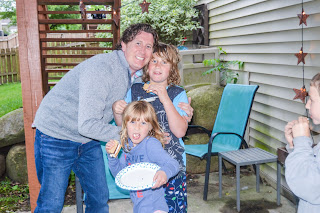 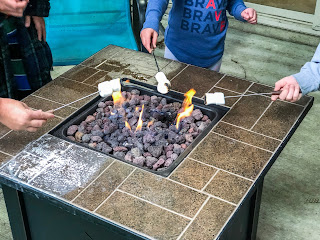 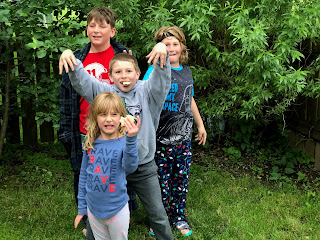 It was a pretty great day, after all. 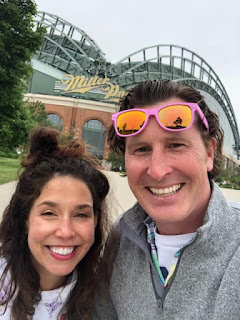