It was Ben's 38th birthday yesterday, which means I turn 39 in exactly 2 months.  And he is kind of taking it hard.  38 is both old and totally blah, you know?

I gave him the gift of an extra long work day so he could try to get ahead before spring break.  I am the best wife ever, obvi*

I actually had a wonderful day with the kids because my hormones have shifted away from the horrific PMS I have been dealing with ever since I got a positive pregnancy test on 1-24.  I have spent almost 2 months angry all the time, and it has been awful.  Now, in the midst of a natural miscarriage, I feel happier and more hopeful than I have felt in 2017, which is a total and complete mindfuck.

Anywho, a pre-school dance party.  Even though it looks sunny and cozy in Dororthy's room, it is FREEZING and ICY and SNOWY outside.  Happy spring! 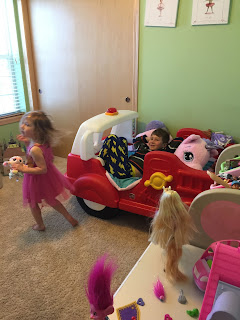 She got a mermaid tail blanket for her birthday (or, as she very officially calls it, a mermaid snuggie), and it;s the best thing that's ever happened to her. 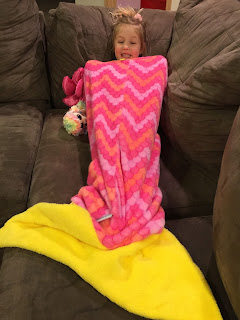 I had to take the bug kids to the dentist yesterday morning because I always manage to make their appointments for the very worst day-- it's a talent.  The roads were horrible, and we slipped and slid all the way to the dentist.  But then it was lovely.  Dorothy brought a play house and handful of Trolls (my purse!  is huge!) and Harry even played with her.  Cooper brought his iPad.  And we read a totally fascinating book about tooth losing customs around the world (lots of magic tooth cats and mice and lots of throwing teeth on the roof). 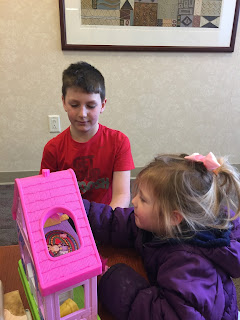 Dorothy also got a fairy garden, and she and Cooper planted it yesterday which was maybe the cutest thing that has ever happened.  Cooper is very serious worker. 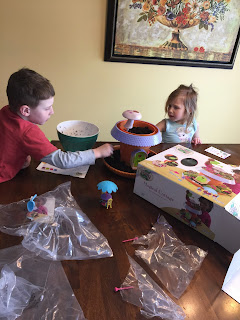 Jack whipped up a double batch of brownies for Ben's birthday. 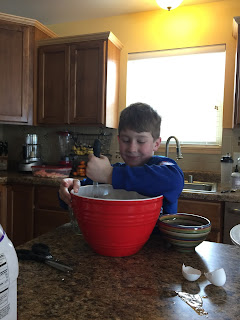 Dorothy and Cooper were the official taste testers. 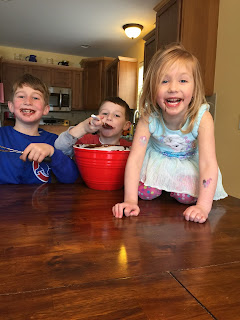 Then I spent a million years making a wax paper template so I could write happy birthday in powdered sugar.  But, actually, wax paper was a dumb thing to use because it was really hard to remove.  Next time: card stock. 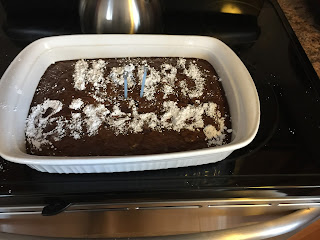 I put the candles in the brownies right away and noticed that they kept sinking in and falling over.  Finally I pulled them out to straighten them, and they were totally melted.  Oops.

He liked them anyway. 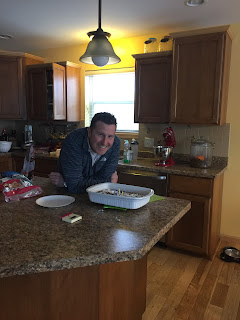 And then after the kids went to bed, he made me a delicious Whole30-compliant birthday dinner of bacon-wrapped fillets with mushrooms and garlic, scallops, potatoes, and snap peas.  But shouldn't it have been the other way around?**

* I am a total shit wife.  I mean the upside is that my 6-week-long bad mood is gone, but I am still SO TIRED all the time, and I keep having to go lie down with a heating pad and leaving Ben to do all the work.  I need to bounce back soon for both of our sakes.

** YES.  Yes it should have been the other way around because it was HIS BIRTHDAY.  But, see above.
Posted by Sarah at 11:37 AM

You will bounce back.

Thanks for sharing such a beautiful and exciting story. You seem to be a humble soul. you have a happy and nice family. I liked it. And happy birthday to you. Good day!