We had our last VERY HOCKEY weekend of the season because Harry's team qualified for the STATE TOURNAMENT, which was a pretty big deal. They are an amazing little group of hockey players, and this is their second year going to state, which is not actually a very common thing at all. We went to a team dinner Friday night, and all of the kids were beyond excited.  They had their first game bright and early Saturday morning, and I was happy to be at the rink in time to watch them do stretches on the ice because it's SO FUNNY and cute. 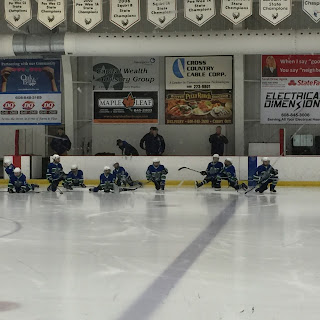 They lost the game 4-0, which was pretty brutal especially since one of the goals happened after they pulled their goalie.

But!  Ben and I got things ready for Sunday's after-tournament party (Beatrix helped): 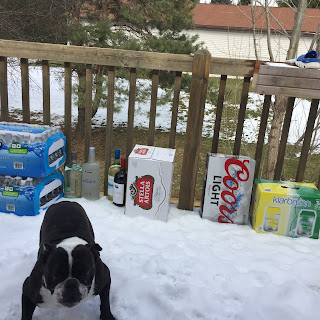 Harry rallied for his second game and really brought the heat with some eye black that looked exactly like the logo on his shirt and made me want to complete the x on his forehead. 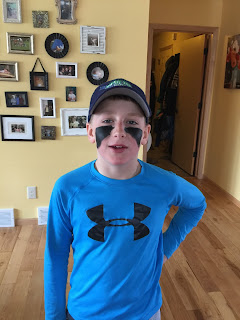 And then they lost their second game 2-3, which was heartbreaking and guaranteed them a spot in the 7th/8th place game on Sunday morning.  SUCH A BUMMER.  That second game was soclose but since they'd already lost the first game (and they had a really hard draw-- the team they played in the first round ended up getting 3rd), they were on the consolation bracket side of things anyway.

My parents were in town for the second game and to celebrate Dorothy's birthday a little early. 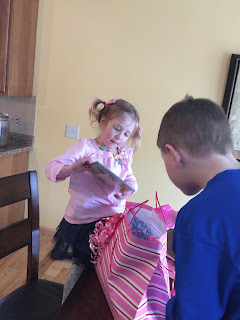 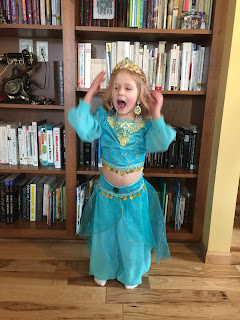 Harry was a little deflated about his team's performance and his own performance-- no goals or assists in the first 2 games despite his best effort, but some hotel swimming cheered everyone up. 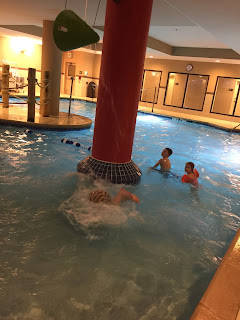 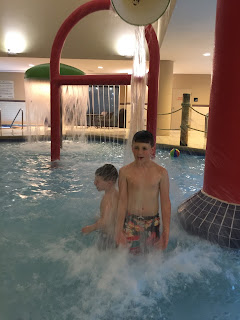 They played their last game of the season on Sunday morning.  My dad borrowed Dorothy's wings to complete his look. 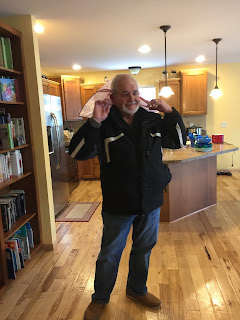 The hockey season is long.  It's cold.  It smells bad.  The kids practice 3 days a week and have 3 games over every weekend.  They have played 35 games since November, including 3 tournaments, It seems like I spend my whole life in a hockey rink or driving to a hockey rink or going to a hockey store to sharpen skates.

And then the last game happens, and I am sad.  Last year, the last game happened to be a state championship game, so that took away the sting (and this year, they are playing up a skill level and it's much more competitive).  But most of these kids have been on the same team for 2 years, and I was SO SAD to realize it was their last time on the ice together this year-- most of them are moving up an age bracket next year, so they could be together again, maybe, if the stars align. 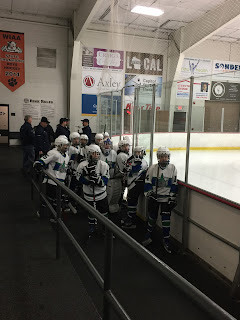 Ben's parents came for the game, too. 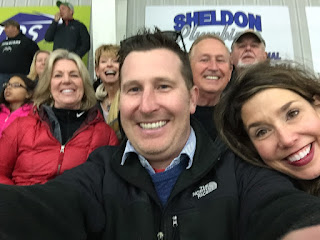 I mean, what else would she wear to the rink, right? 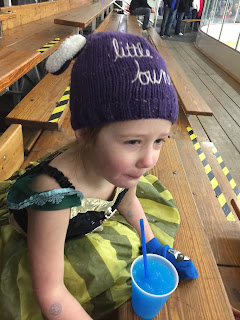 They won 5-0, and Harry had an AMAZING game.  He played aggressively but got no penalties, had lots of shots on goal, played really good defense, and got an assist.  He was thrilled, and it was an excellent game to end the season. 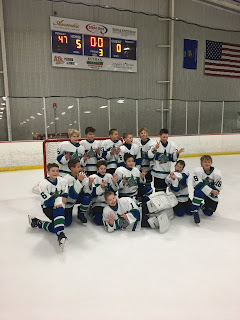 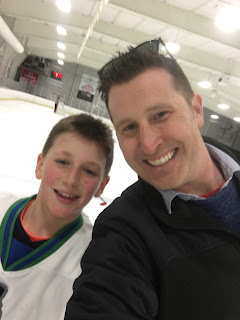 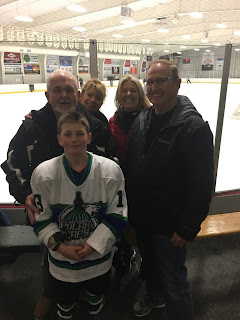 We had everyone over after the game and we spent a good chunk of the first hour using seam rippers to pick the kids' names off their jerseys because we give the jerseys back and keep the name plates to sew on next year.  And next year I will sew them by hand because holy shit it was so hard to unsew my tiny little sewing machine stitches. 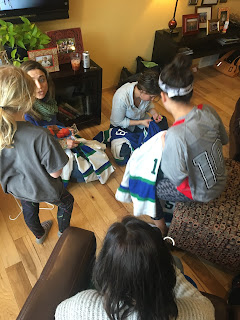 Our fantastic team manger gave everyone awards and the coaches said nice things. 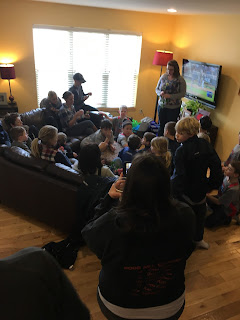 We had lots of snacks. 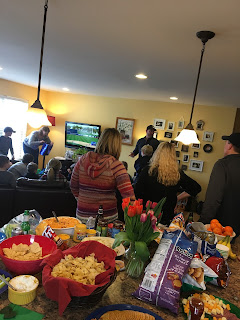 And of course balloons. 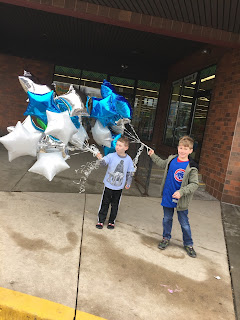 And now our nights and weekends are wide open.  I am already working on some movie dates because DAMN.

And!  Speaking of things we are looking forward to, check out my latest MMB post here.  It's about spring break road trips.

Beautiful memories. I liked your family and all the photos you shared. Looks like a happy family:) ......your baby doll is looking like a little queen. so cute and full of life:)