Such a debauched summer

First of all, you need to go to Costco and buy this cucumber watermelon lemonade, pour it in a tall glass with ice-- fill the glass like 2/3 full and then fill it the rest of the way with your favorite vodka you've been storing in the freezer.  Grab a straw; throw in a lime.  SUMMER in a glass. 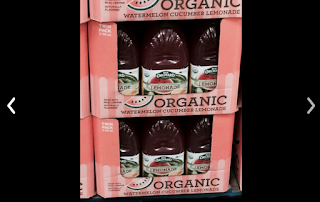 Oh my gosh you guys, we had the most ridiculous weekend.  We played in a surprisingly competitive and truly hilarious badminton tournament. We snapped these pictures of each other warming up with others, but we played as a team (DUH). 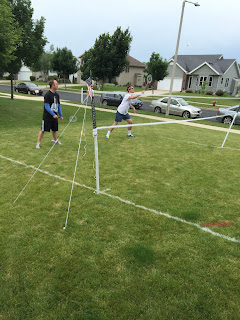 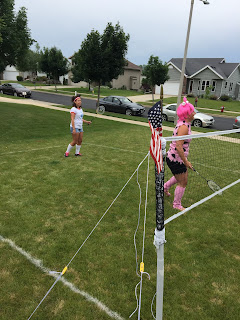 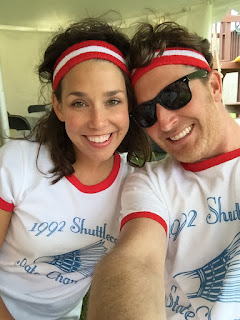 Ben is a GREAT badminton player, which is how we battled our way to second place. I kind of suck because I have depth perception issues, but that's OK because Ben was EVERYWHERE all at once.  He was fab.  I was laughing SO HARD the whole time because people were getting so pissed when we beat them (in back-to-back games-- we only lost to the team who won) because I SUCKED.  The husbands all wised up pretty fast and started spiking the birdie at me, but Ben has giraffe arms, and he was ALWAYS RIGHT THERE.  Ridiculously fun.

We started drinking at 10:00 am and finished the championship match right at 7:45 pm.  We left the party (which kept going until midnight, but we could not hang) and took a taxi (the party was not in our neighborhood-- it's not that we're lazy) to the golf course restaurant where we ate huge plates of food-- first time in 5 years I have ordered fries instead of a steamed veggie-- stumbled home, and were asleep by 9:30. 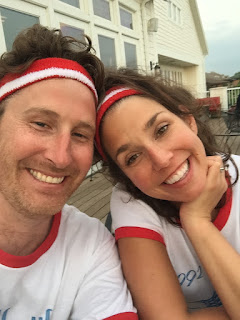 We got our car on Father's Day on our way to Family Float Day at the pool which would have been way more fun if we had 4 floats.  But we only had 3 floats and a beach ball.  So much fighting. 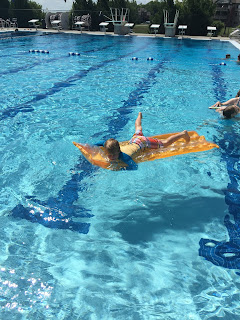 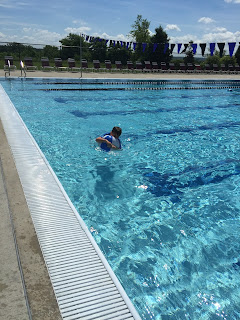 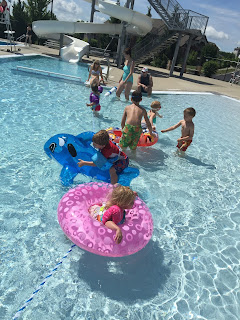 Ben ditched us to go golfing with friends, and I went home to nap the babies and work on my crock pot ribs for a Fathers Day barbecue which descended into debauchery when all the grown ups played slosh ball and after getting on second base a couple times (where you have to chug a beer), I got mad drunk and flounced off the field to pout after everyone said I was out when I thought I was safe.  I'm the funnest. 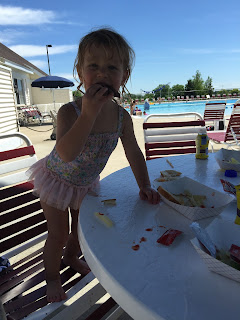 Dorothy, playing in her room: 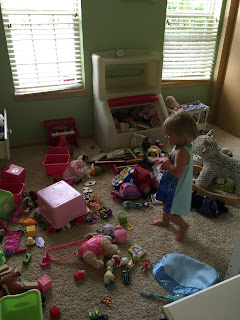 Harry and I went back to the same greasy spoon diner I blogged about last time because we love it so much. 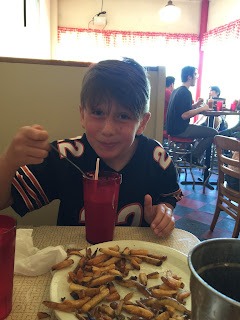 I accidentally packed him Cooper's trunks for swim lessons yesterday, but he was nice about it. 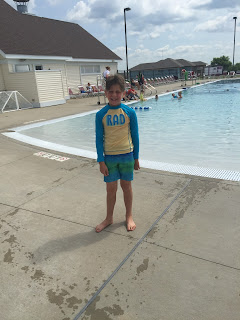 Hijinks at the pool yesterday afternoon. 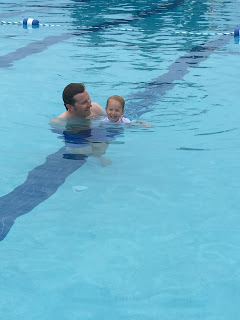 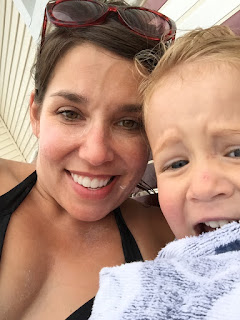 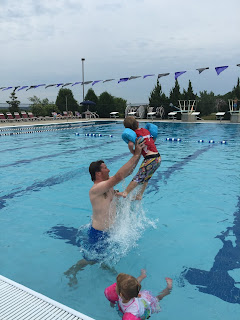 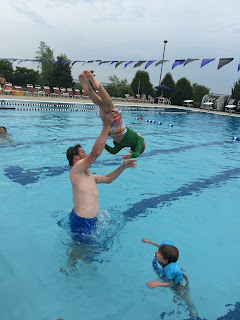 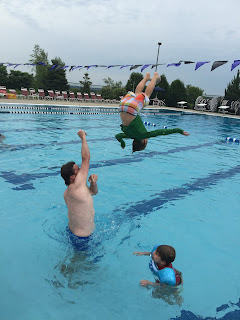 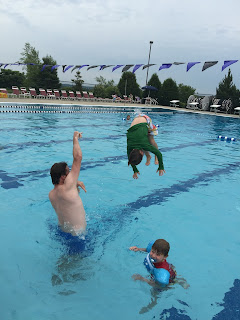 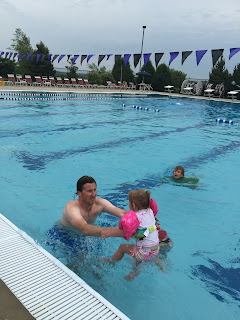 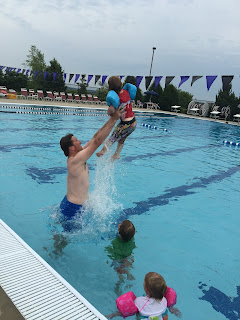 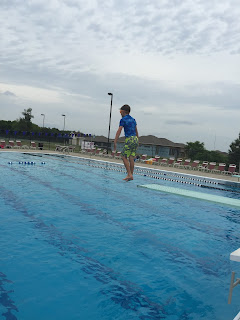 There is a lot I don't like about teaching online, but most of it is mitigated by days like today where it is 10:00, and I am still in bed.  WORKING from bed, really.

You guys have mad costuming skills! I have to believe that your success was at least partly caused by your ability to rock a sweatband.