Another total paradise of a week over here.  (I am serious, actually).

The big boys had a football camp at my school on Wednesday, so I took advantage of the location and took everyone (by myself) to my favorite greasy spoon in the universe.  Such wonderful pancakes, and the french toast is to die for.  But really, the very best thing on the menu are the chocolate milkshakes.  So we drank them for breakfast. 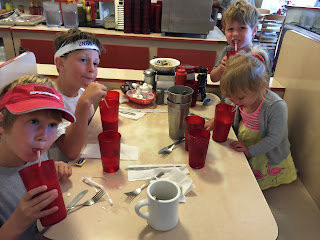 It was an early breakfast, obvs. 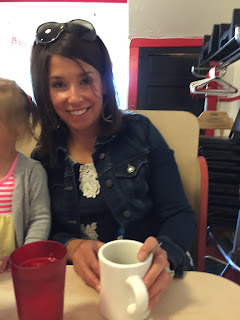 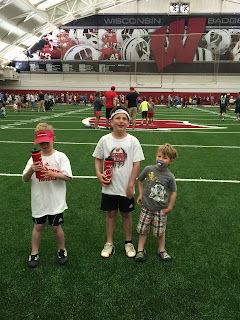 Dorothy and Cooper were all about the tackle dummies. 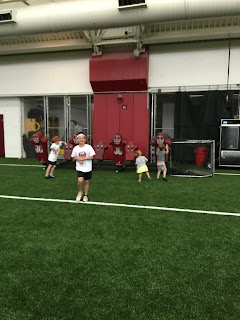 There were like 400 kids there from kindergarten to eighth grade, and I felt weird just leaving my comparatively small kids, so we lingered. 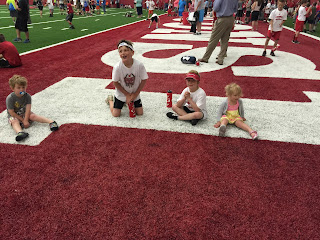 Dorothy was a lady, clearly. 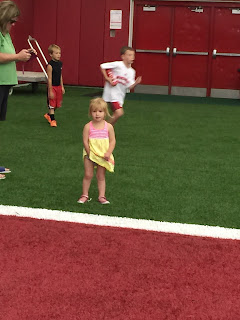 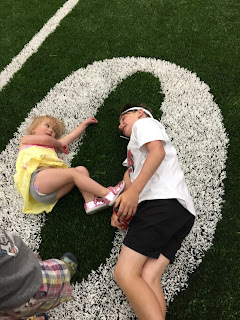 The boys got the coach to sign their shirts. 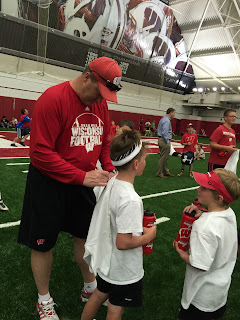 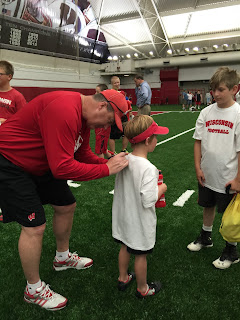 And then their lacrosse friends told me that all the other parents were gone (not totally true) and I should leave (probably true).  S I did, and it was so easy to just hang with the babies al day while Ben was at work and the boys were at camp.  I took a nap.  It reminded me of the days I had every damn day during the school year.

A friend and I took our boys (just my big 2) to a new trampoline park with a rock wall-- so fun! 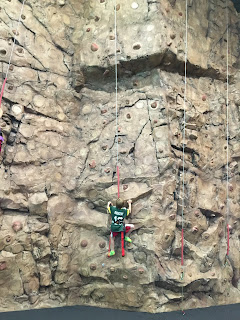 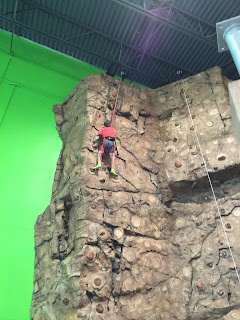 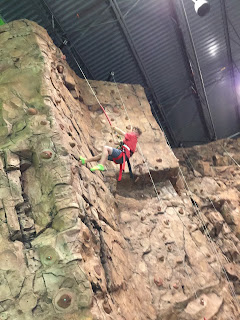 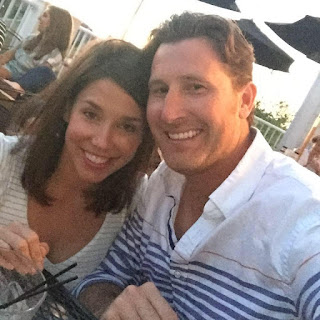 Today the whole fam damily saw Inside Out, which was AWESOME 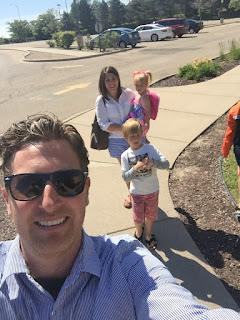 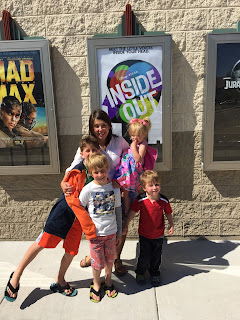 Dorothy really liked the dream loungers and the popcorn. 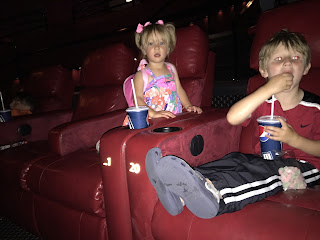 And Dorothy got more Elsa shoes at Target today.  She may never take them off again. 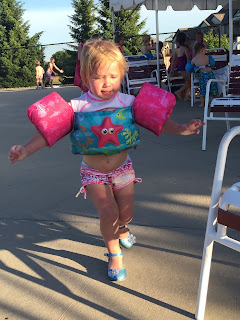 That selfie was totally worth a spilled vodka. Of course I don't drink so I may not truly understand its value. But the selfie is fantastic!