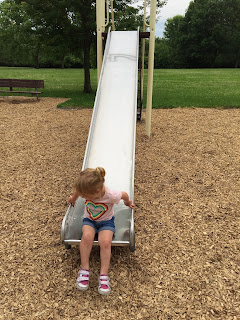 Summer is making me a bad blogger AND an unhealthy eater.  Although, I think it's the liquor that's got me packing on the (5! Since May!) pounds.  So from now on, I am going to stop lying to My Fitness Pal (for real this time-- I ate an animal cracker that Dorothy fed me in bed this morning, and I counted those 11 calories, damnit.  No more handfuls of M&Ms from the Costco-sized bag, either).  Also, if I don;t have enough calories left to eat AND drink, I am just going to have a cocktail.  Responsible, no?

Speaking of eating, we did a quick picnic during Jack's baseball practice.  Note:  PB&J is not a good to-go food for my messiest little eater. 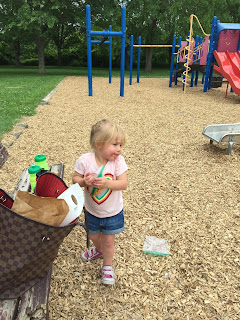 Cooper seriously loves swings.  His pleas of "High mommy.  As high as the birds.  HIGHER!" huant my nightmares. 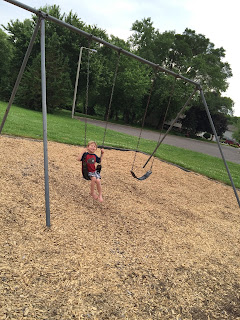 As long as they were covered in peanut butter, we had ice cream, too.  I mean, why not. 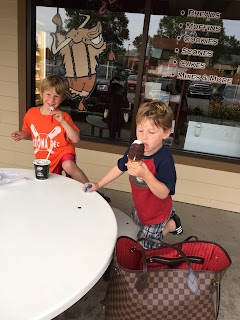 Of course, we have had many, many pool days.  Yesterday, in fact, Jack was super excited to be the first kid down the water slide after adult swim, and the lifeguard kept telling him to walk to the slide, but he just couldn't-- his sweet little seven-year-old anticipation made it too hard to walk, KWIM? 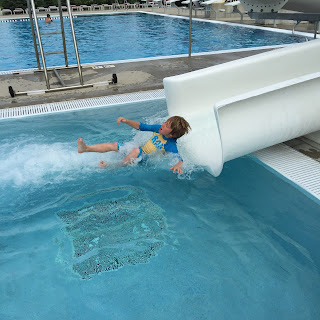 We've had a little TV time, too, OF COURSE. 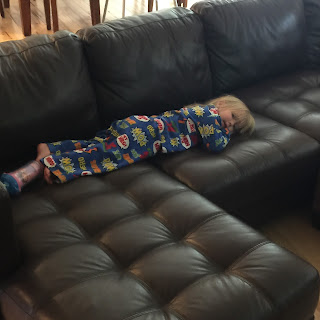 Some hockey practice in pajamas. 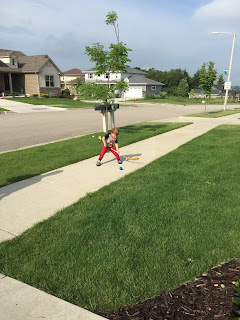 Ben and I went out for Mexican food and saw Ted 2 on Friday-- that movie is HILARIOUS. 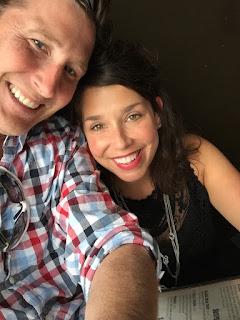 Also, I am SO ANNOYING wen I order a salad because I ask for everything on the side.  Makes you want to dine with me, huh? (I needed my calories for 2 Mezcal mules). 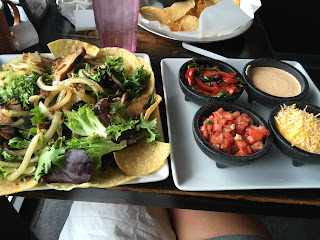 We loaded up the van and went to my parents' house on Saturday. 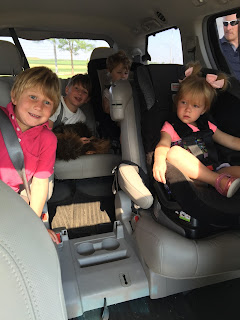 Dorothy was stoked because there was a park. 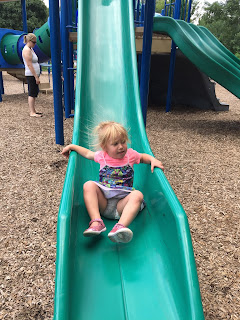 All 3 boys on swings.  I have no clue who the lady in the white tank and black pants is, but she is in all of our park pics-- ha! 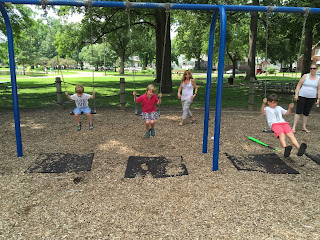 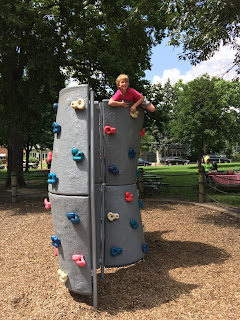 She's really into this hug, obvs. 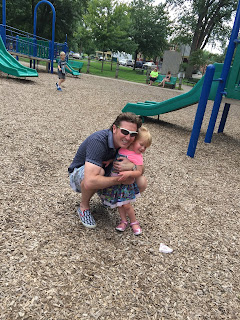 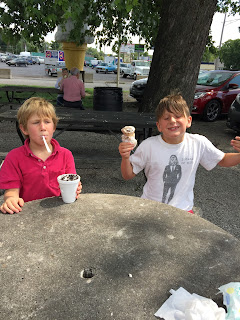 This was our pre-pizza snack, LOL. 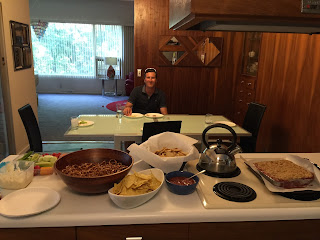 My parents had the trees cleared off a portion of their side yard, and it is suddenly awesome for flying kites. 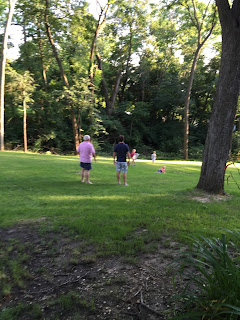 Dorothy helped herself to a quick (almost) half dozen donuts. 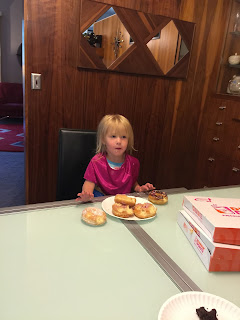 We discovered a Portillo's in Rockford on our way home at exactly lunch time.  We were delighted!  But the place was a ZOO, so we had to get our food to go and eat on the steps of a neighboring bank, classy style. 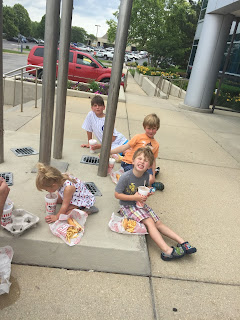 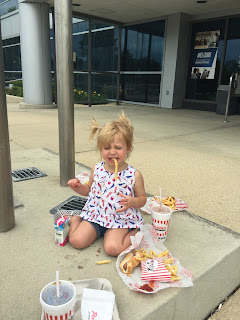 Look how big she is!!  If she didn;t nurse 3 times a day, I would be worried she's not a baby anymore. 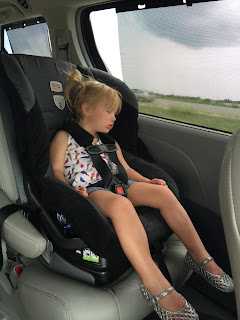 Beatrix was super happy to see her kids and vice versa when we picked her up from the boarder. 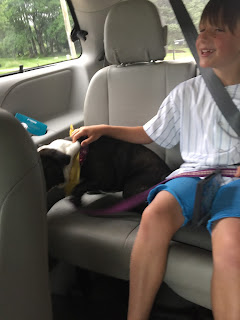 Queen Elsa joined us at Costco. 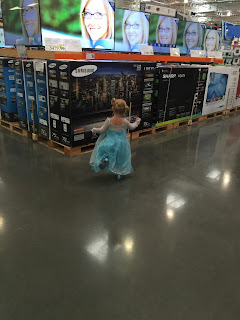 Cooper made some banana swirl after watching his favorite Daniel Tiger rerun. 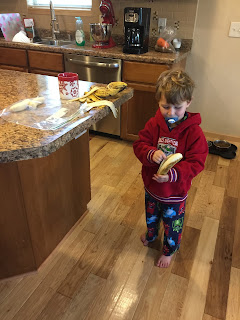 Ah, swim lessons.  Dorothy is only happy and content for about 45 seconds out of the whole half hour.  After that, it's a shit show. 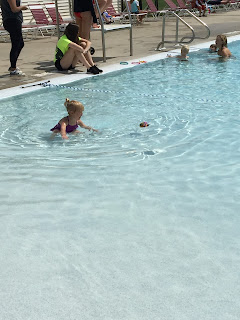 But still even with swim lesson hijinks, extra five pounds, boys having fistfights all over my house, SUMMER IS MY FAVORITE.
Posted by Sarah at 10:04 AM