Catch up-- including Jack's real birthday

You guys!  In 3 short weeks, classes will be over and I will have a lovely summer break stretching out ahead of me.

Unfortunately, I have SO MUCH TO DO before summer begins!  So much!  You guys!  I thought this semester JUST STARTED.  But, alas.

So, last Tuesday, we spent a lazy evening at the park while Ben and Harry were at lacrosse practice, and Jack drove what he always refers to as his "9-mile-per-hour scooter" which attracted the attention of the million children who live by the park, so there was a rowdy water gun fight. 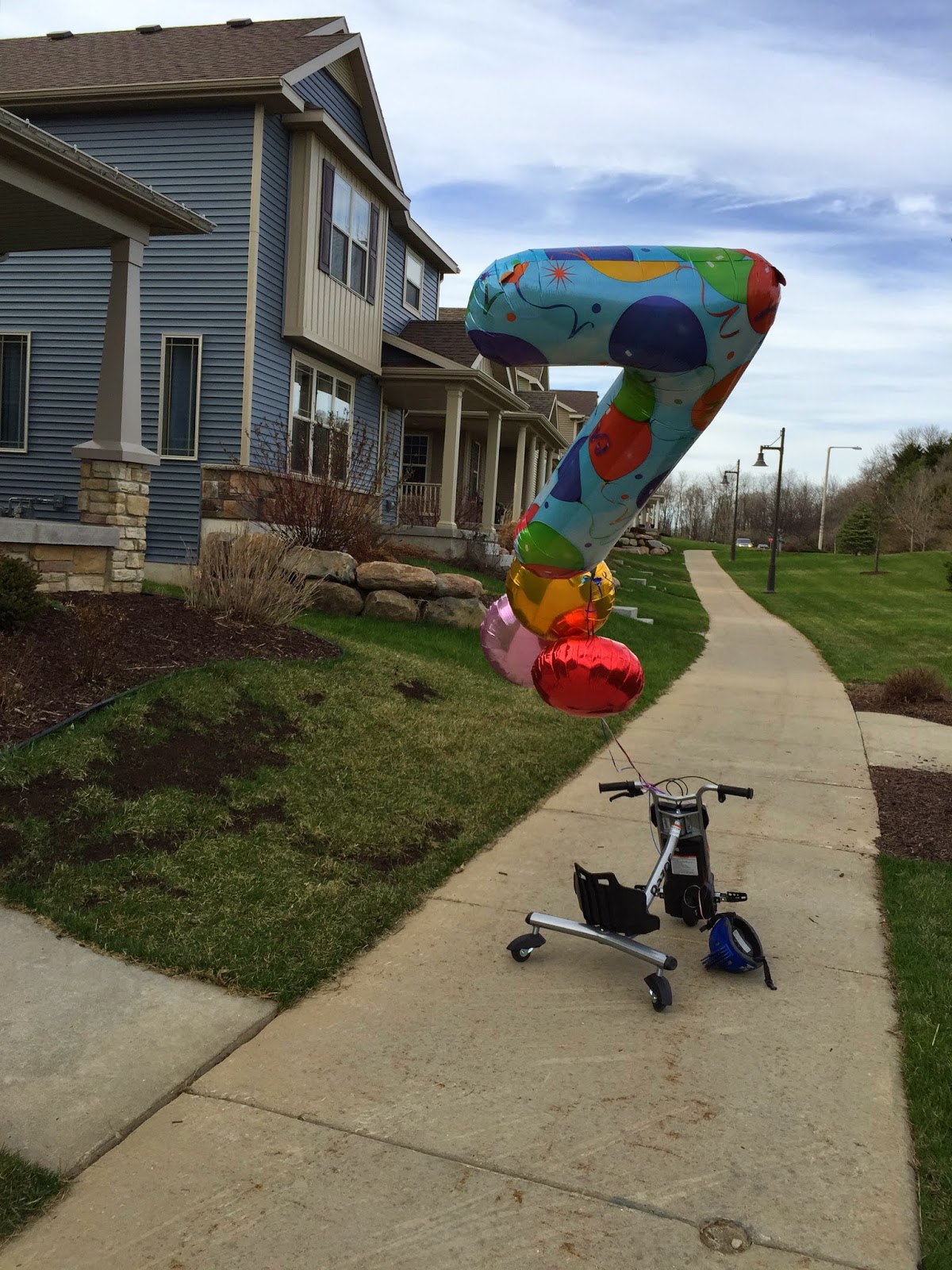 Cooper (wearing PJ's because it was PJ day at preschool) was totally game. 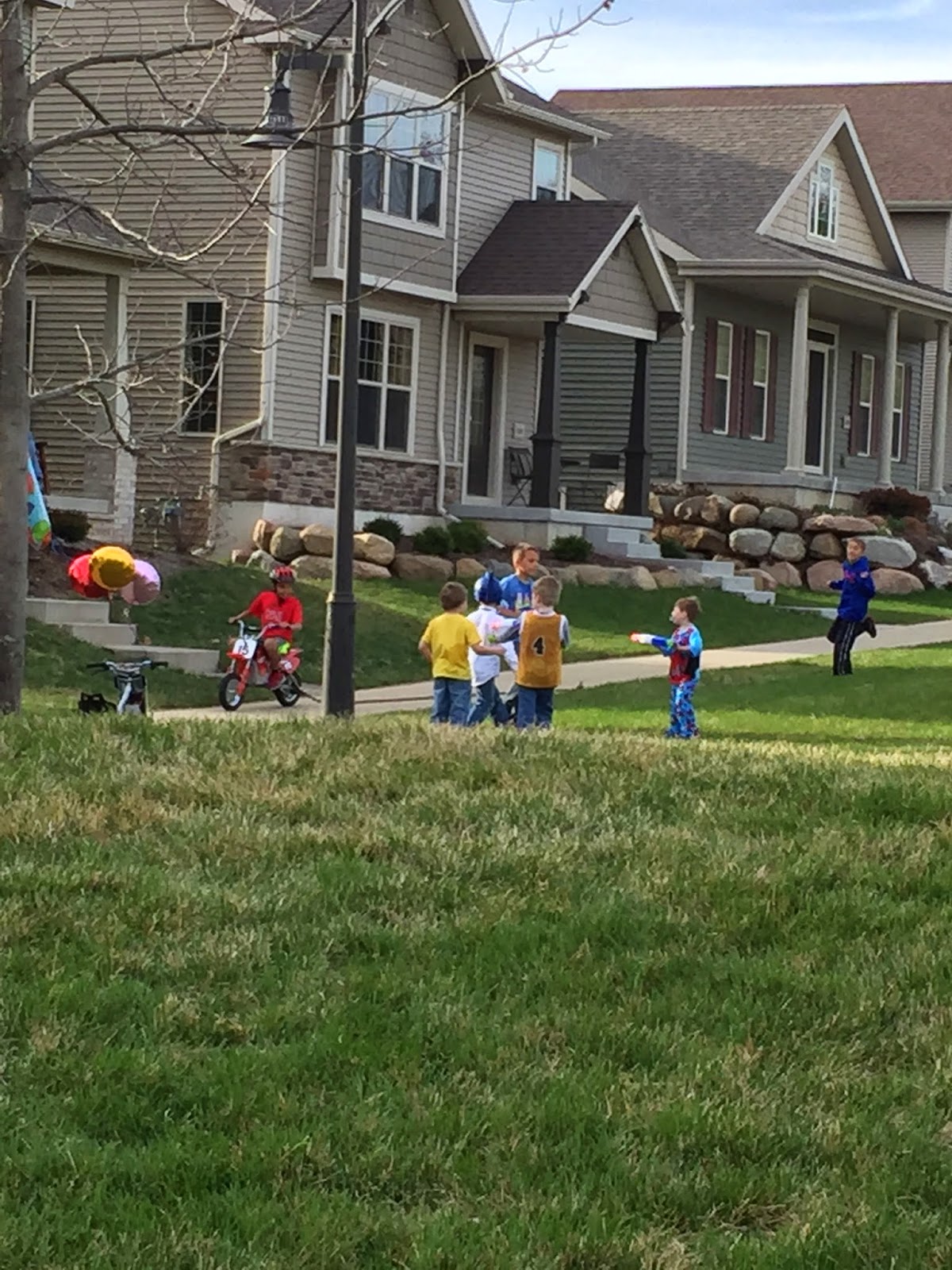 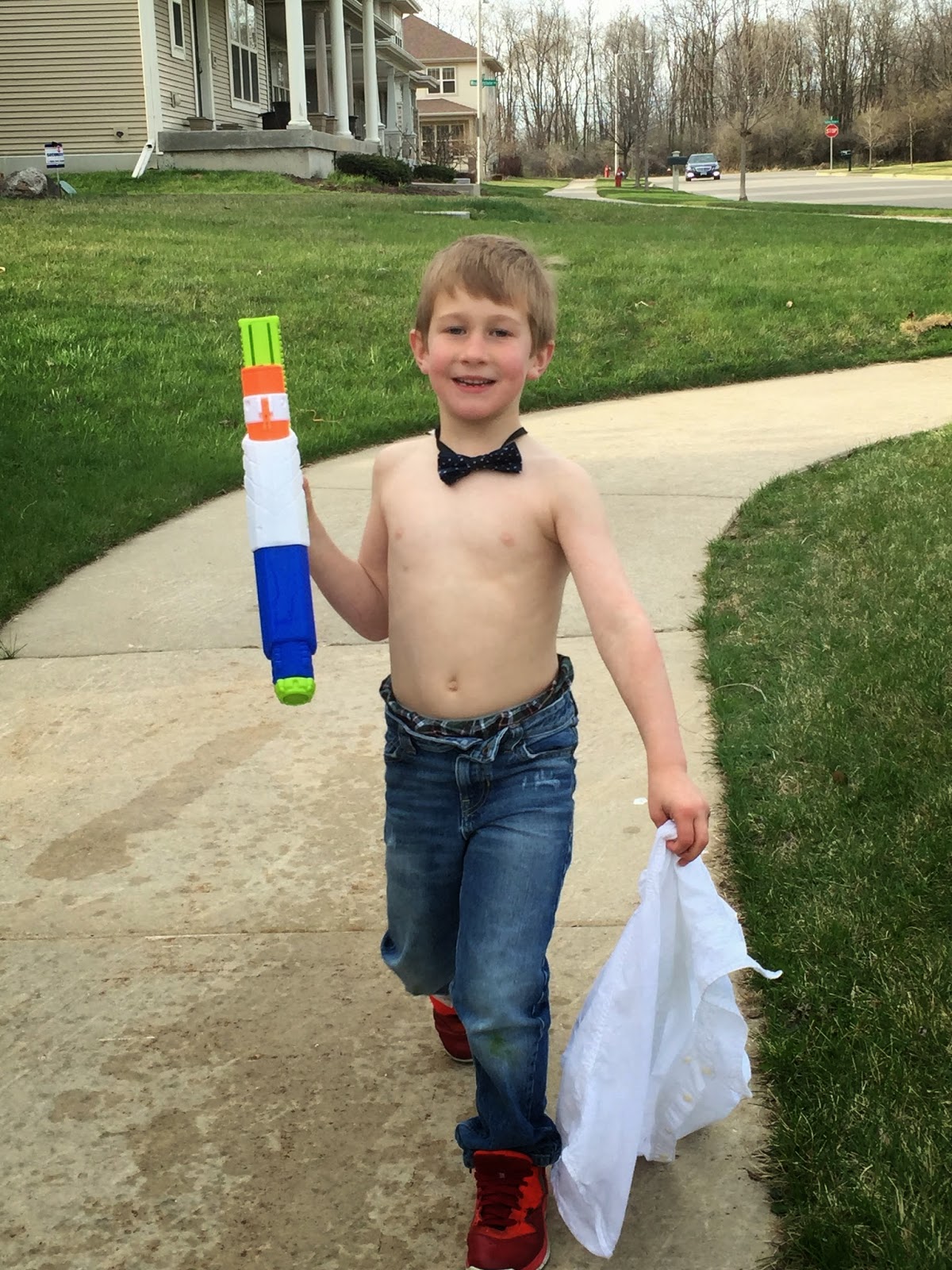 Then on Wednesday, I realized I was SO SICK of making pancakes, so I introduced the children to the wonder of French toast, which Beatrix realized is her true love.  Look!  she even stood up to eat it!  That lazy dog doesn't stand for much, you know? 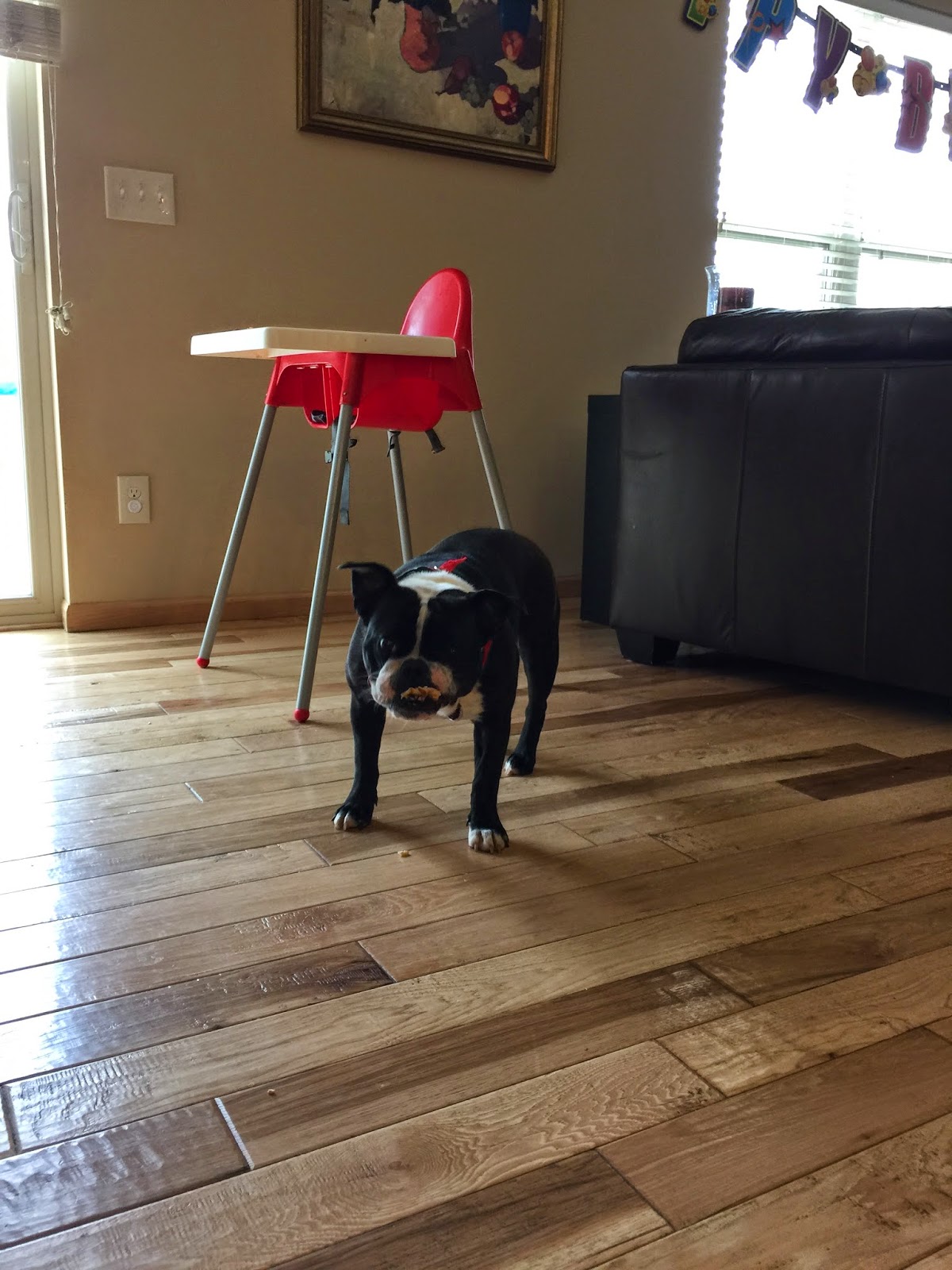 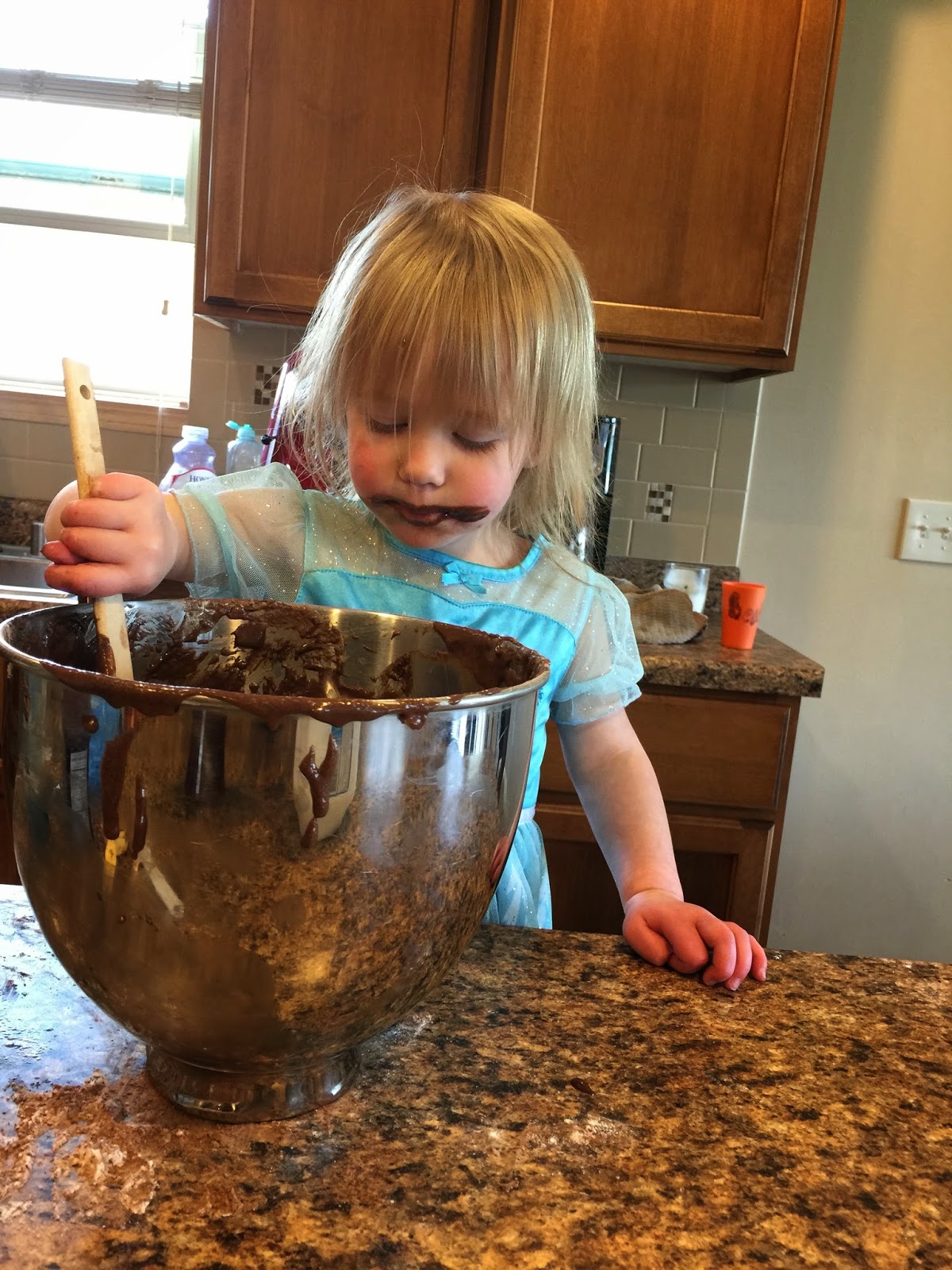 I would lie and say SHE wrote on it, but you guys would now the truth.  Too lazy for layers this time around. 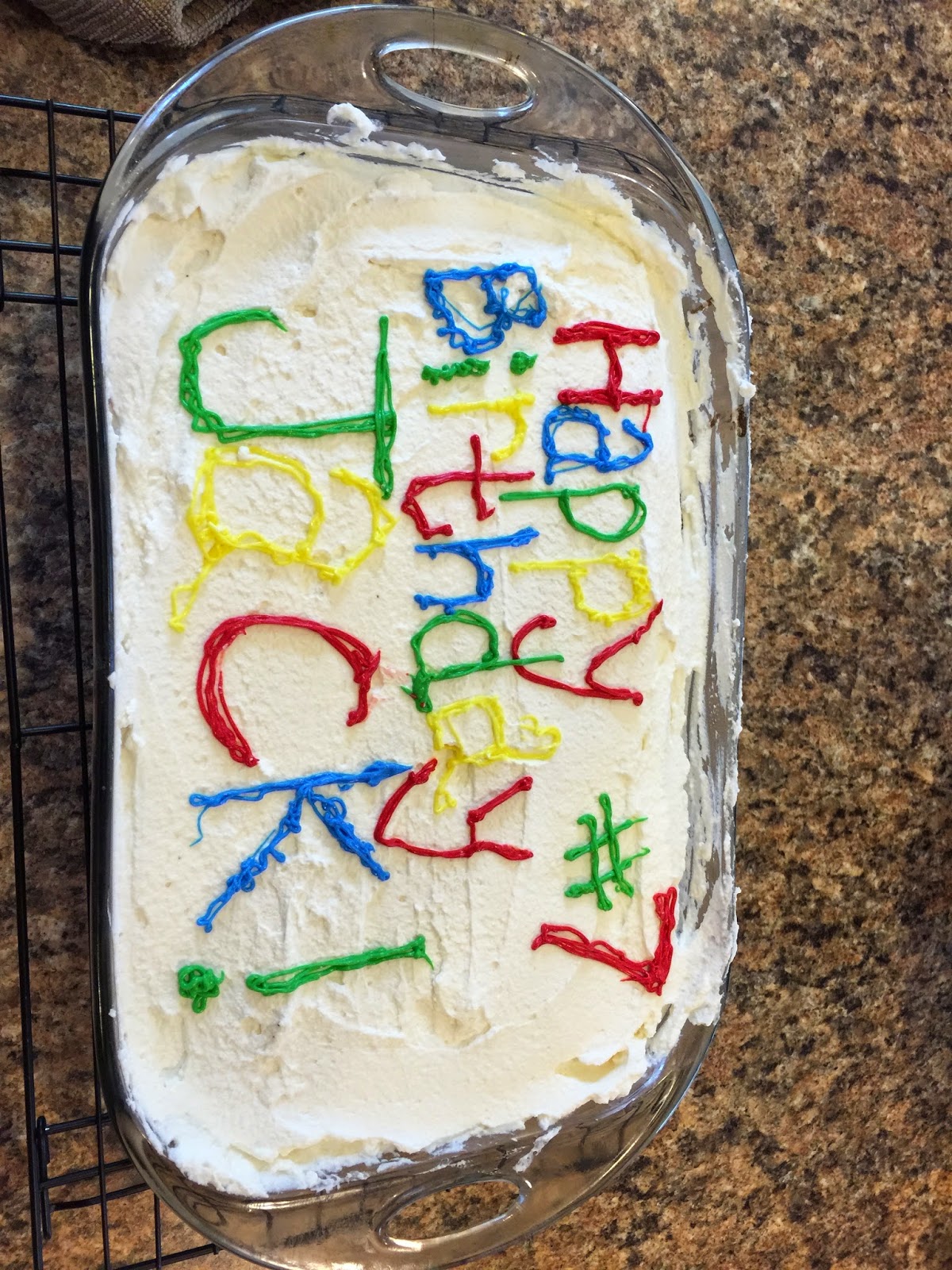 We also made 2 dozen new cupcakes for him to take to school and took the ones leftover from his birthday party (SO MUCH BAKING) to the park to share with friends and smash all over our faces. 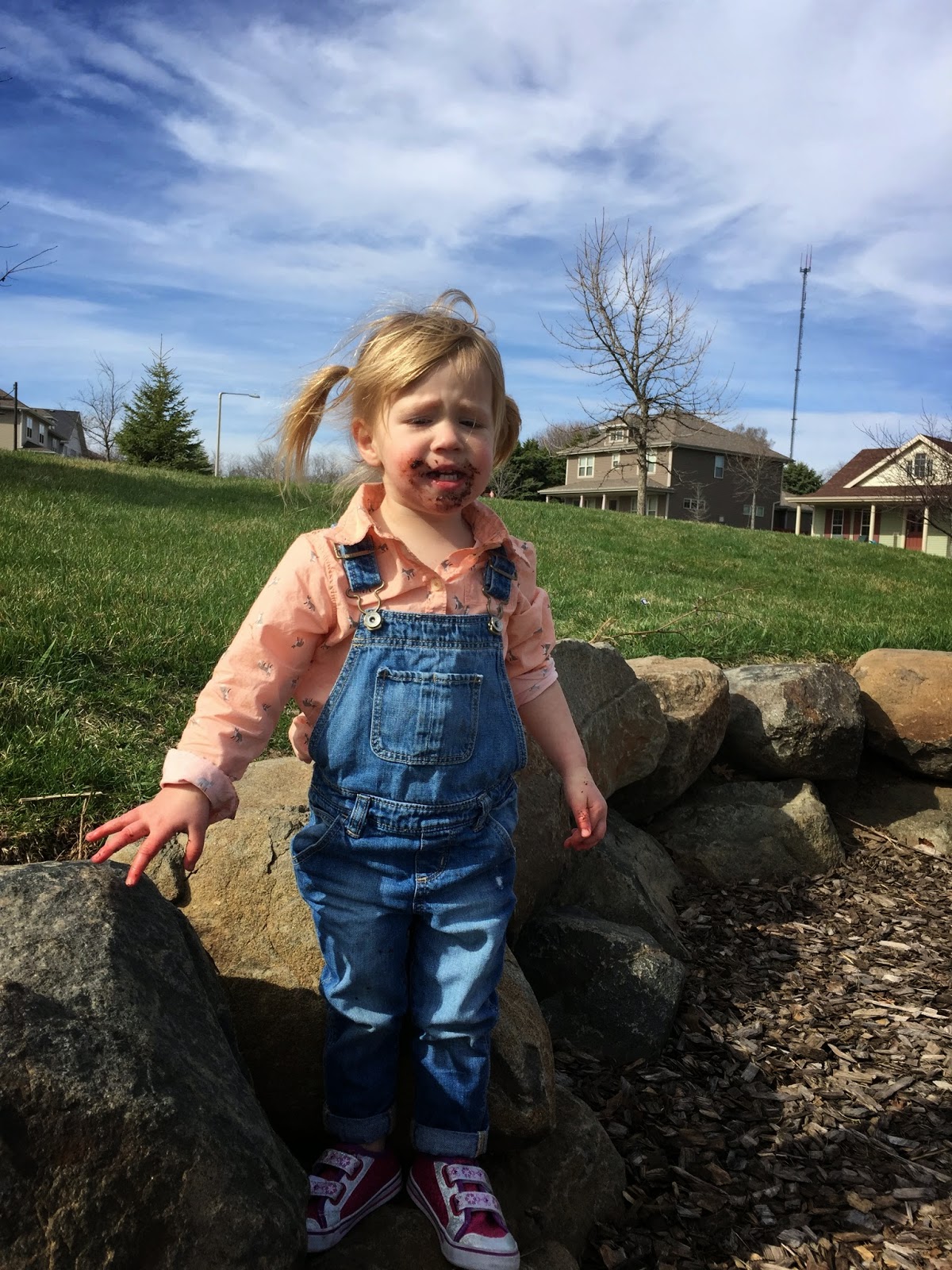 I had wine night on Wednesday night and came home to this lively scene: 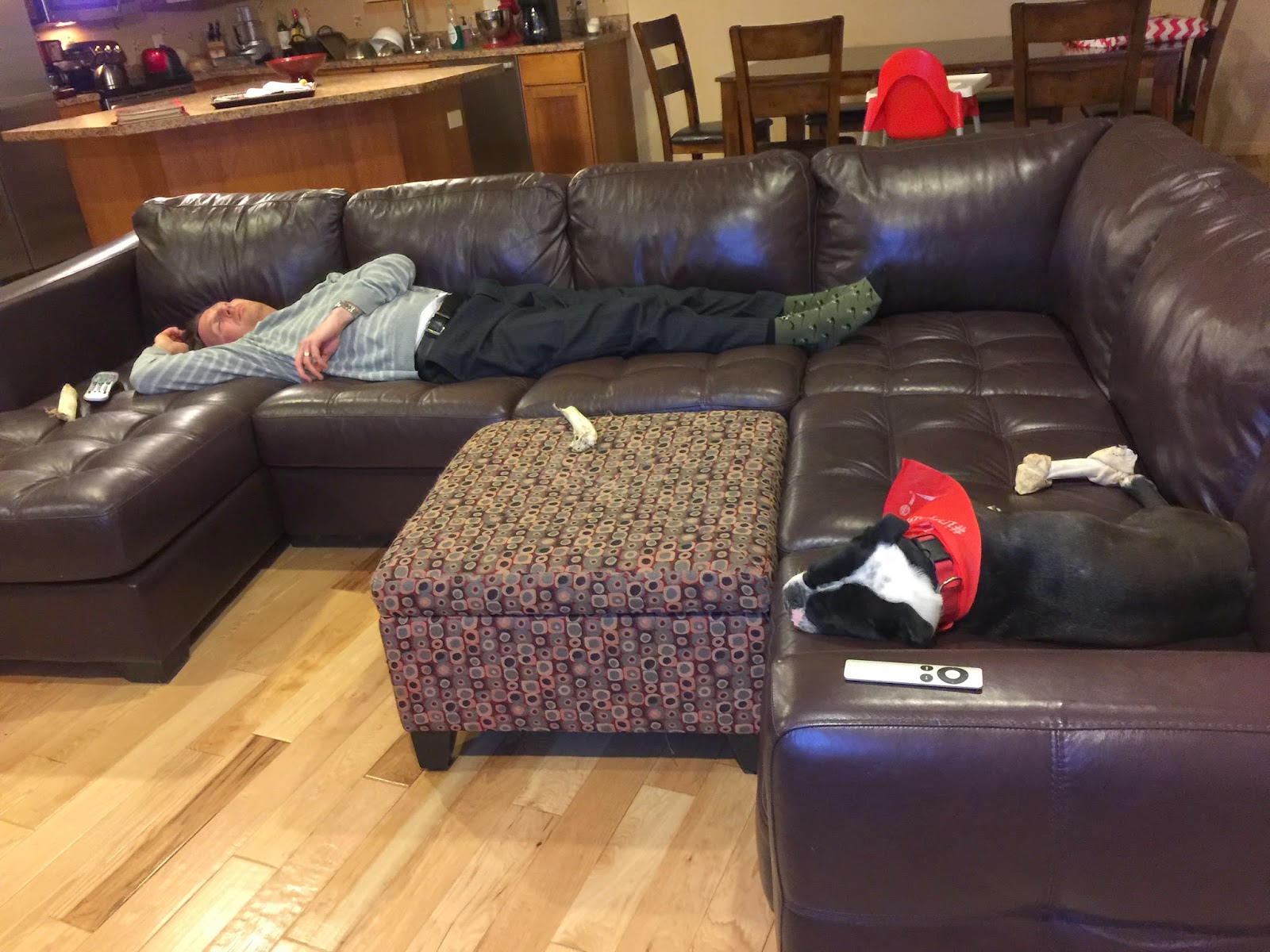 Jack's real birthday! He celebrated with presents, cake for breakfast, treats for his friends at school, and a family dinner at Chuck E. Cheese where he was supremely pissed off when we had everyone pool their tickets and buy prizes together.  So not fair, apparently. 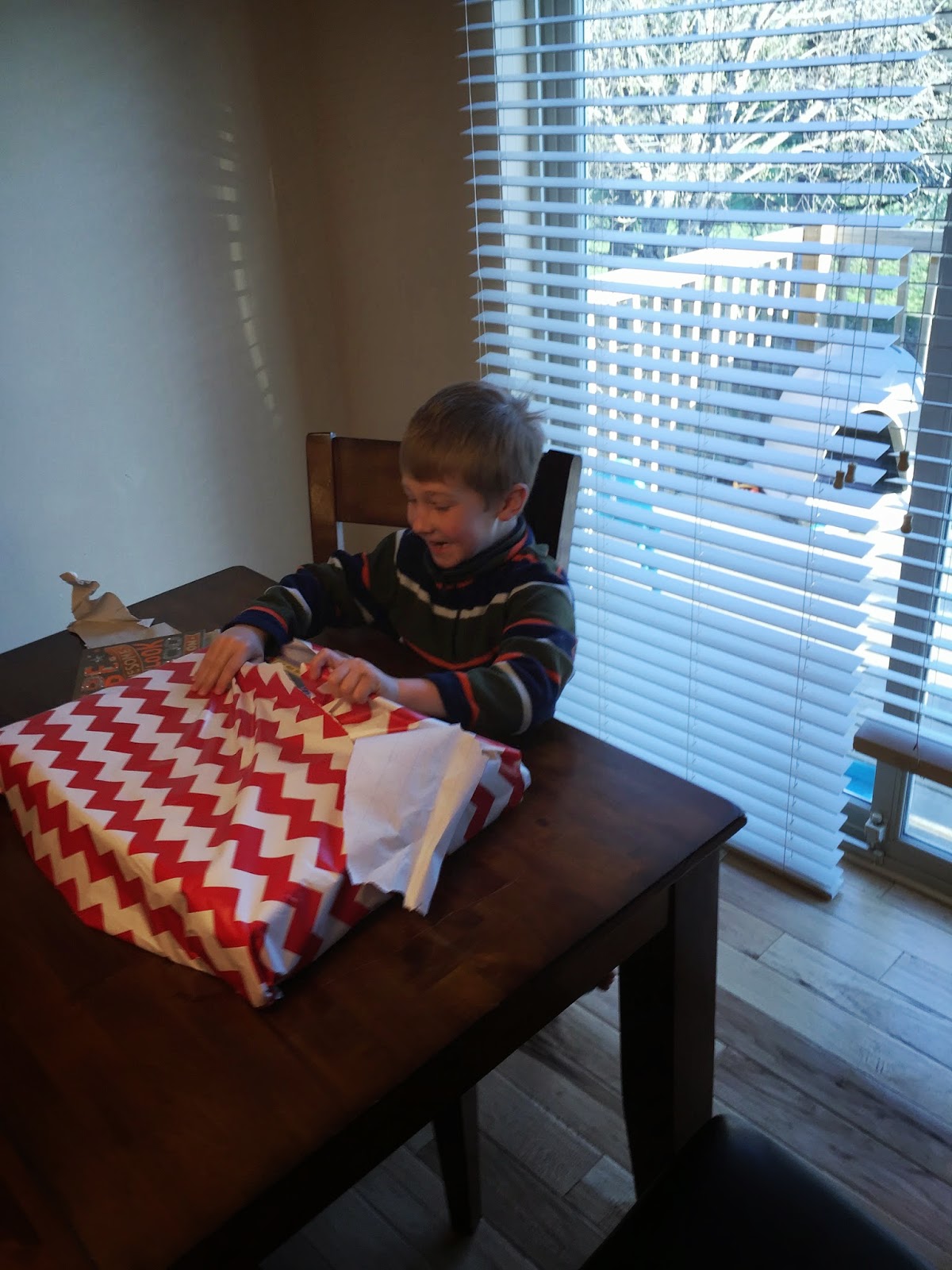 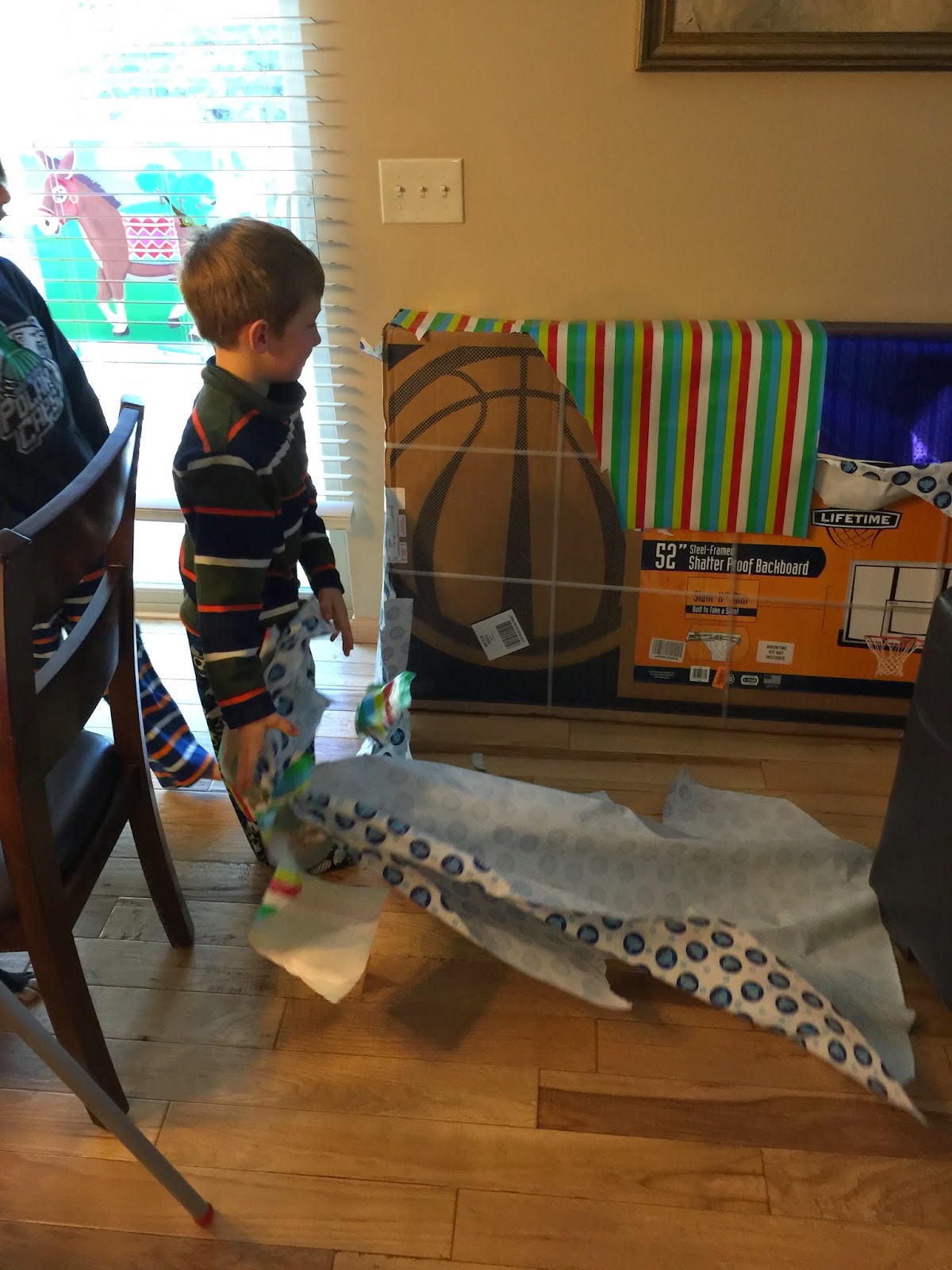 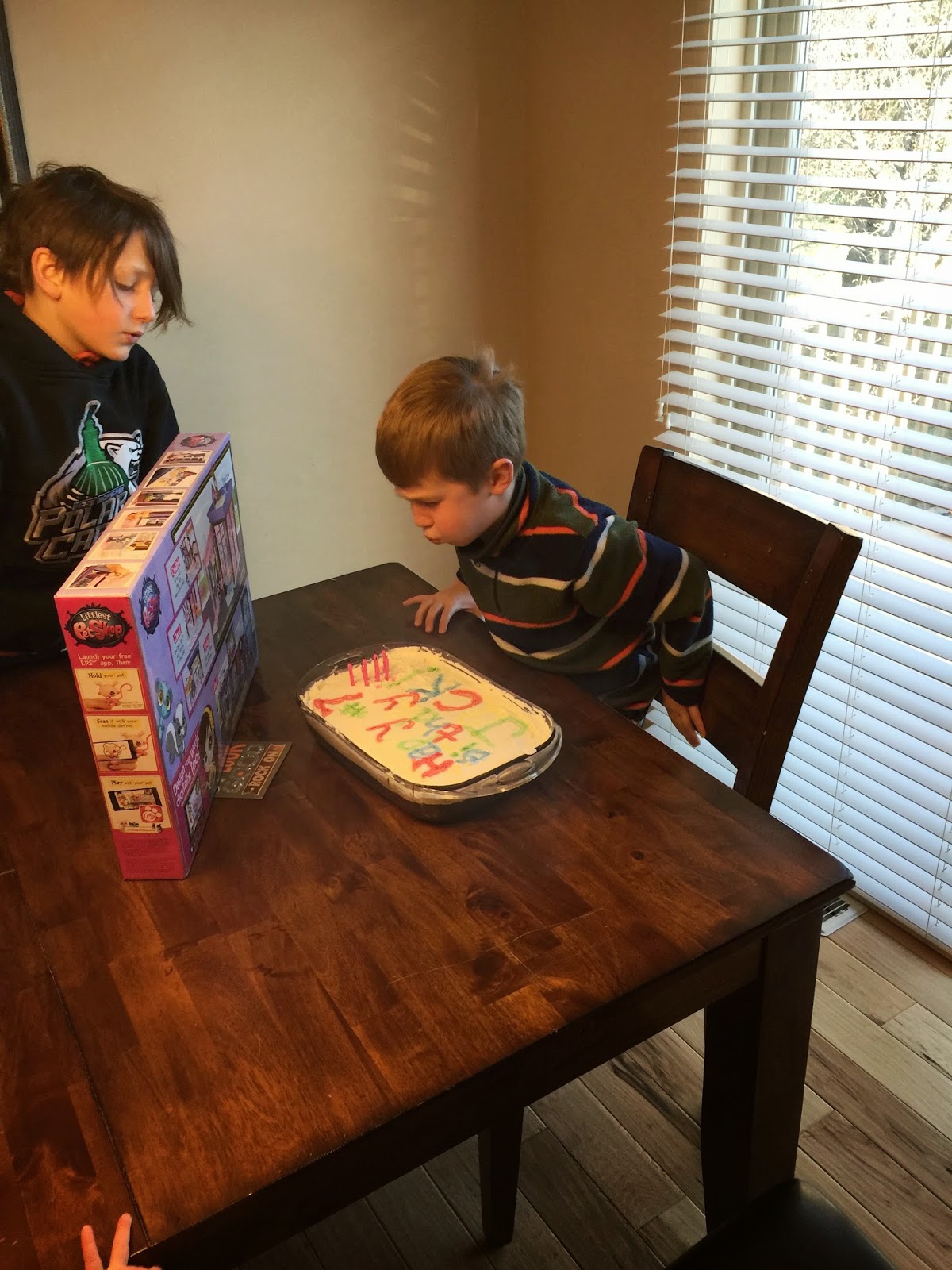 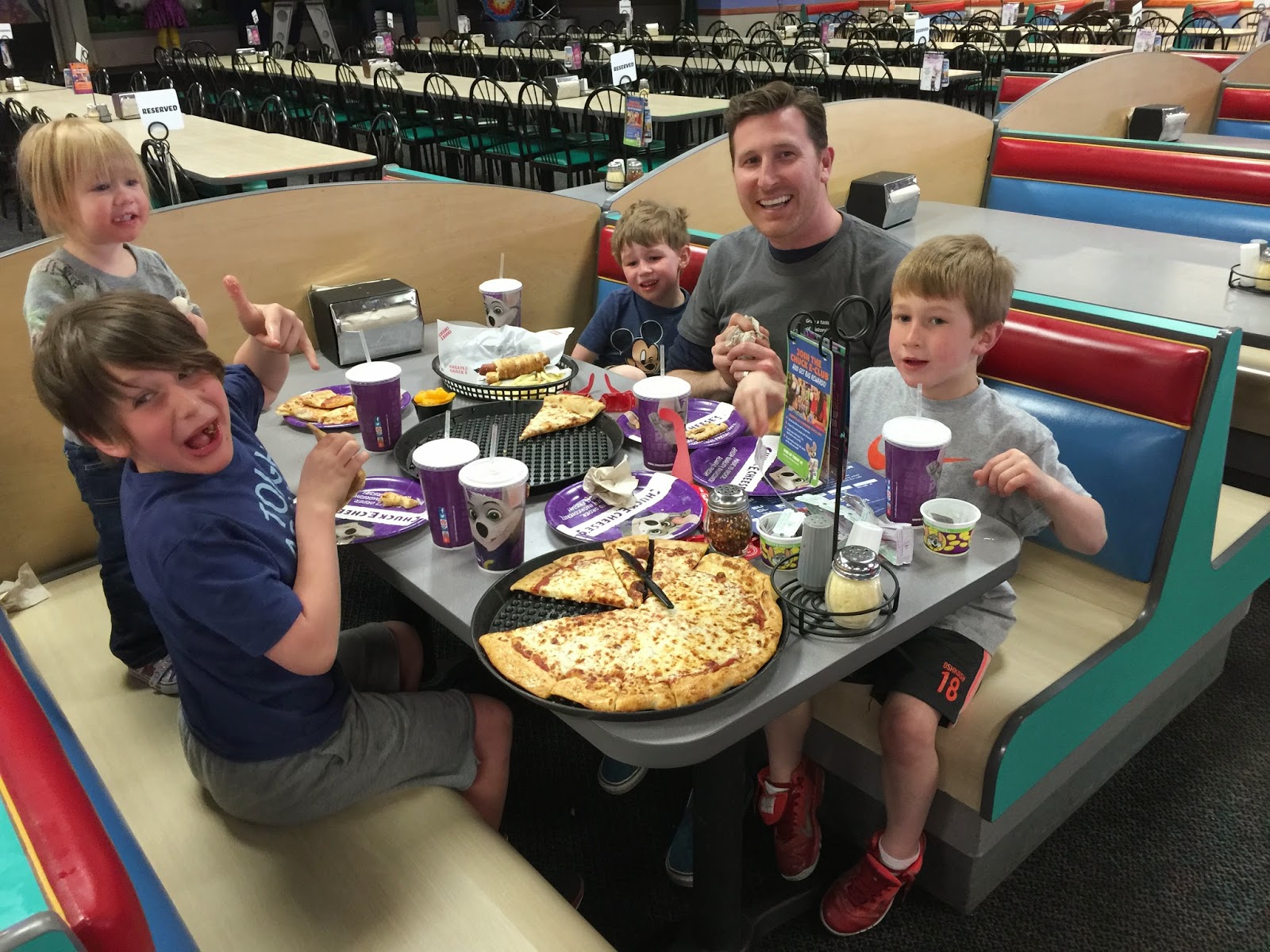 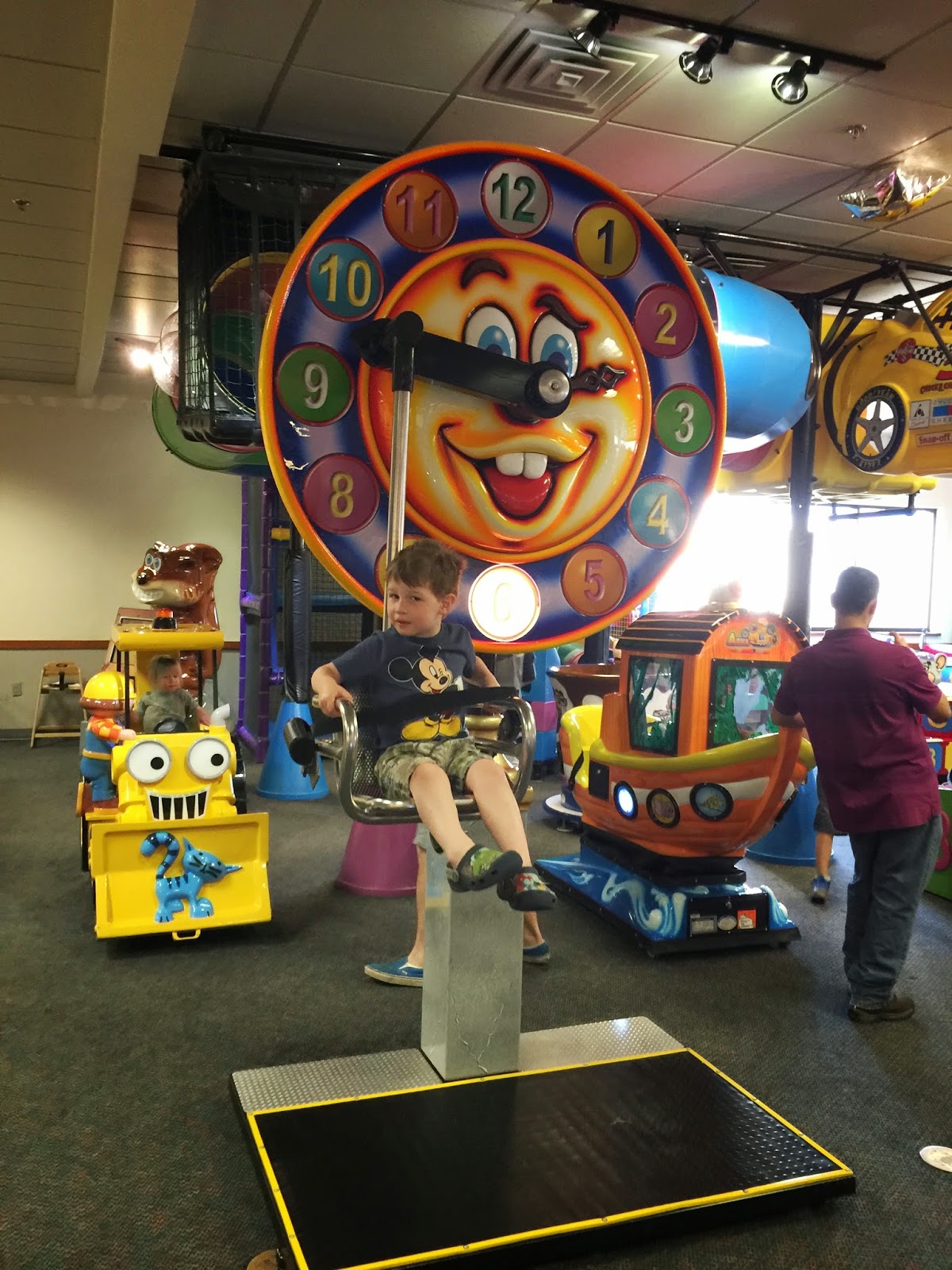 Then Ben's BFF came to town to help mount Jack's new basketball hoop above the garage, which turned out to be an even bigger project than they anticipated, which is actually great because it means that Eric and his family are coming for a visit to finish the job and hang out with us, so that's an even better outcome. 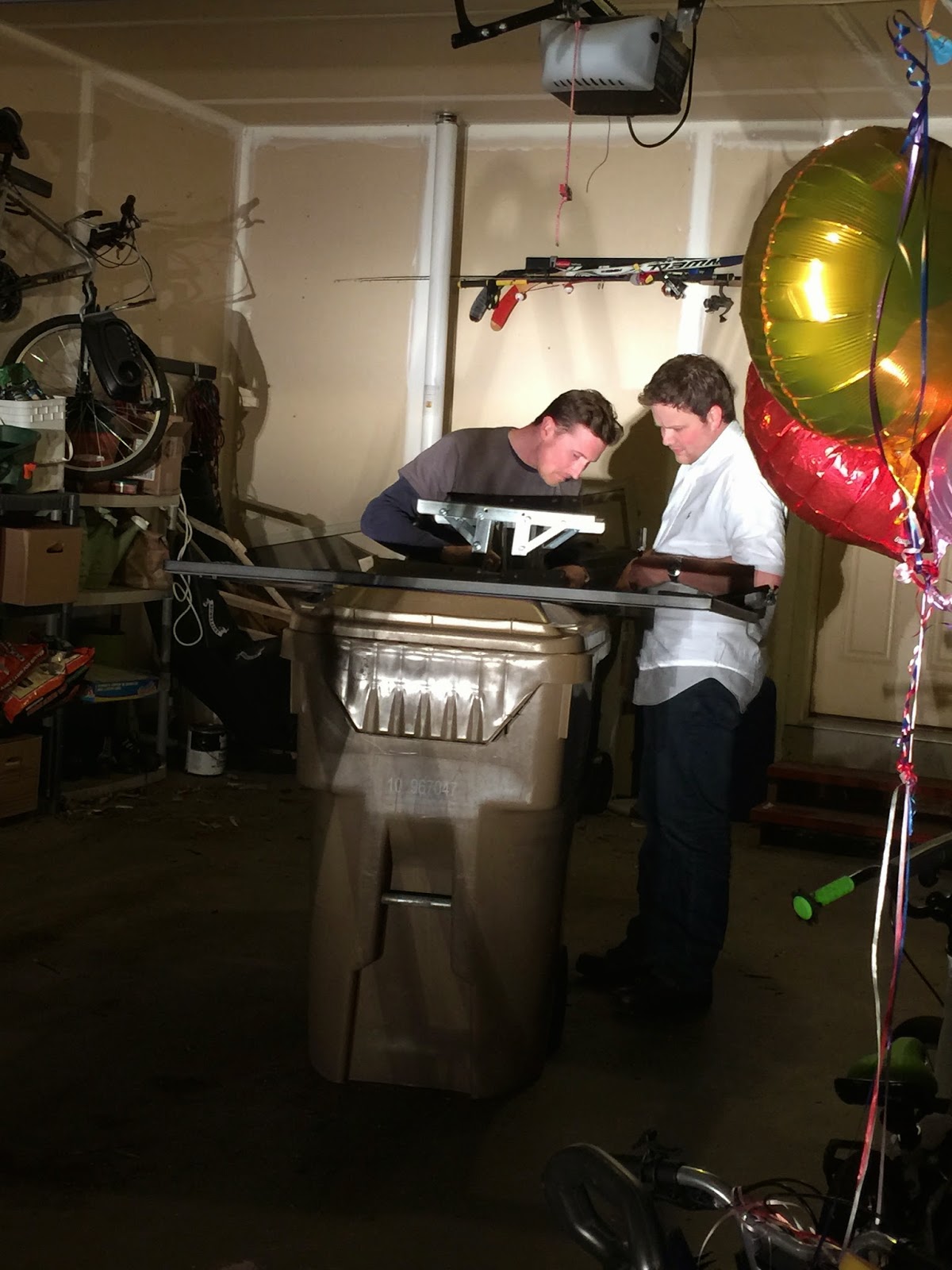 Friday was an early dismissal day for the big kids, so I made plans with a friend to have all of our kids eat lunch together at our house while we drank because early dismissal, man.  I thought it would be more fun if Dorothy and Cooper were asleep, so I fed them a super early picnic lunch and tried to get them down before 11:30 when the boys got home, but Dorothy didn't take a nap because that's a thing she is doing these days which is SCARY because I am not ready for the end of her naps.  Sigh. 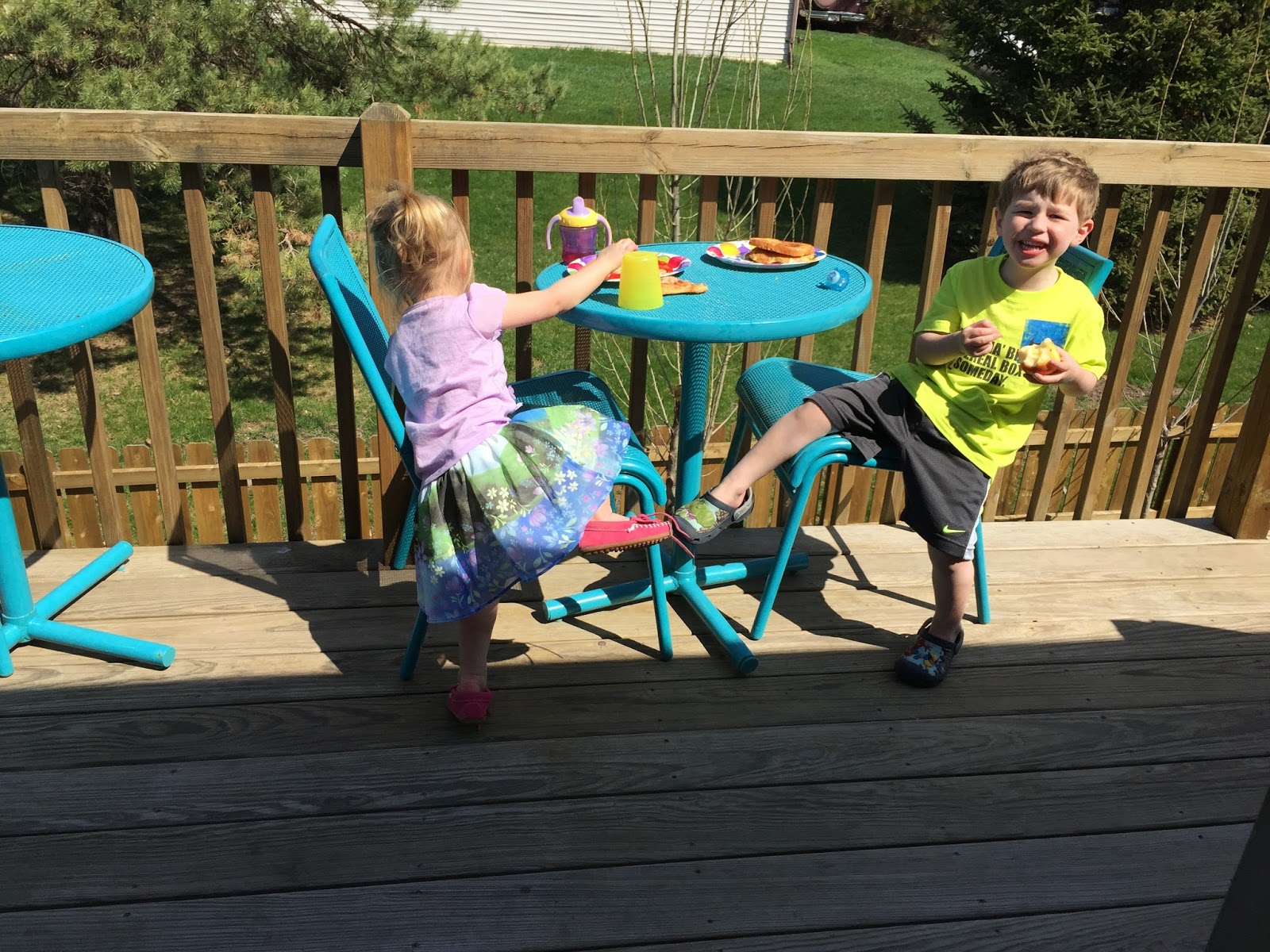 But we had fun anyway and the kids ran around like crazy and played water guns and the moms had cocktails and I will never spend early dismissal sober again. 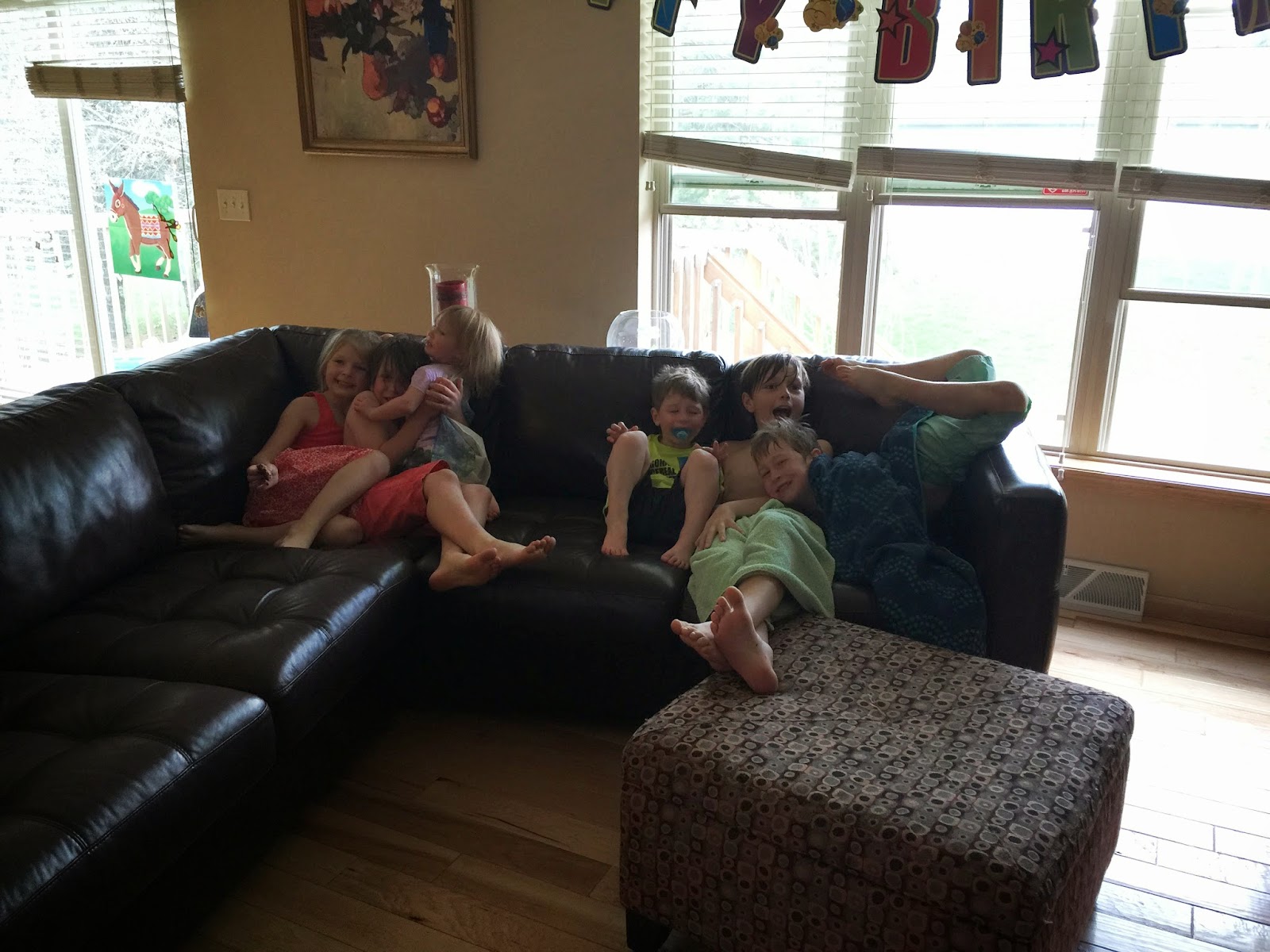 The excitement was too much for Beatrix, though. 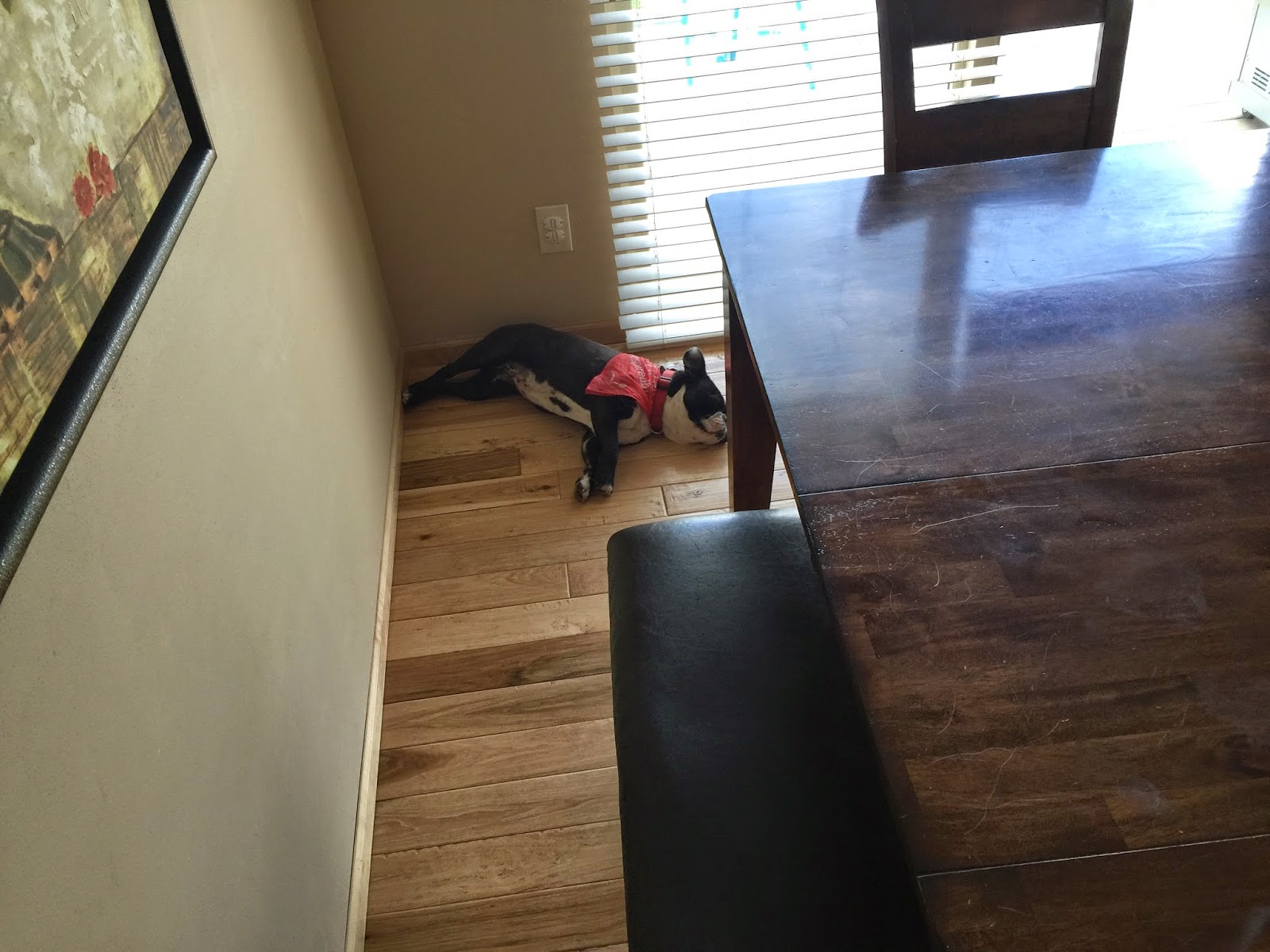 After Ben got home, we went back to the park where he delighted a neighborhood full of kids by riding Harry's bike. 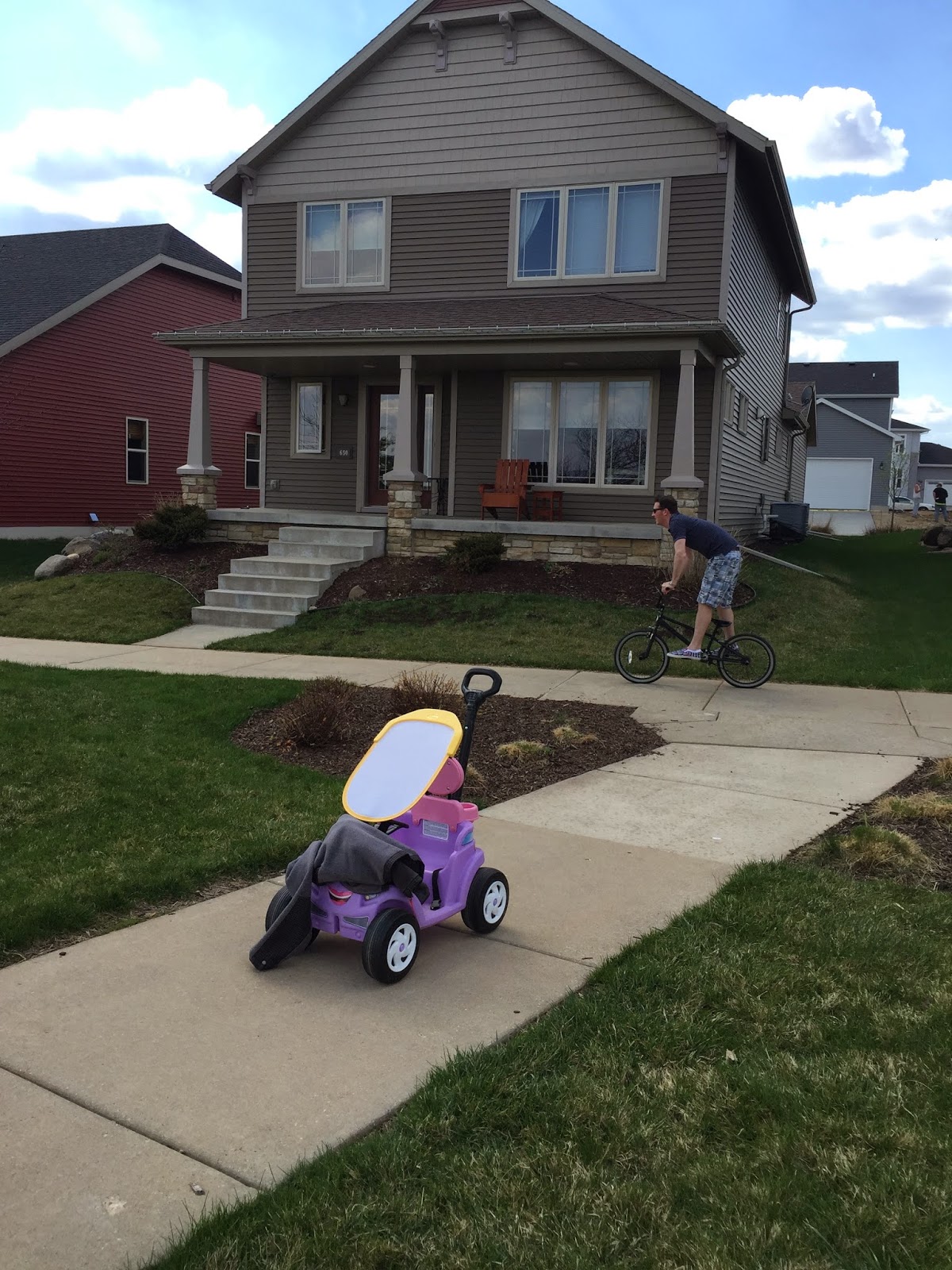 By dinner time, Dorothy's lack of nap caught up with her, and she was really sad to hear that the birthday cake was all gone.  It was all gone after she ate 3 pieces for dessert, I might add, lest you feel to sorry for her. 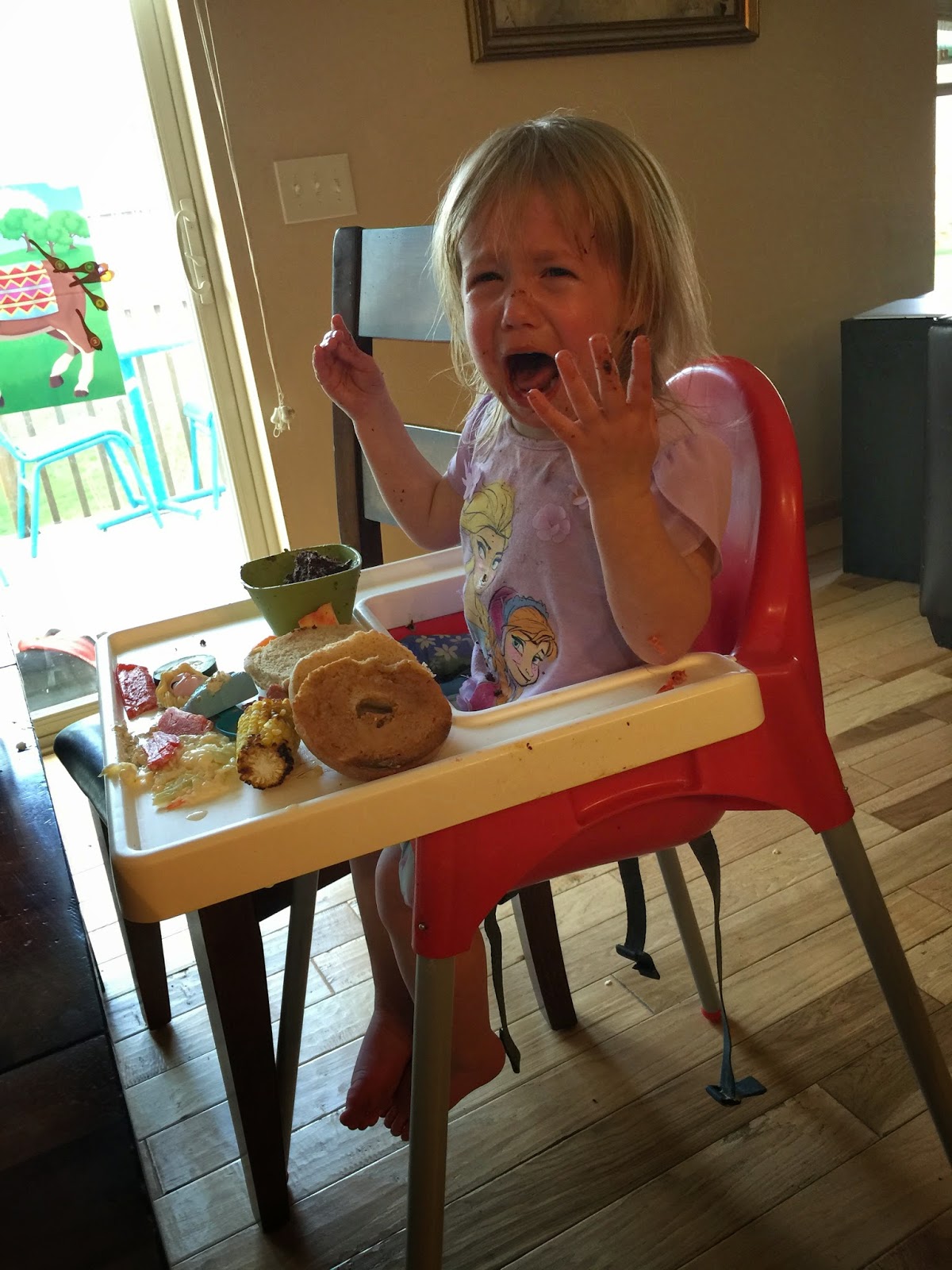 She CRASHED hard Friday night with her little toes out of the bars. 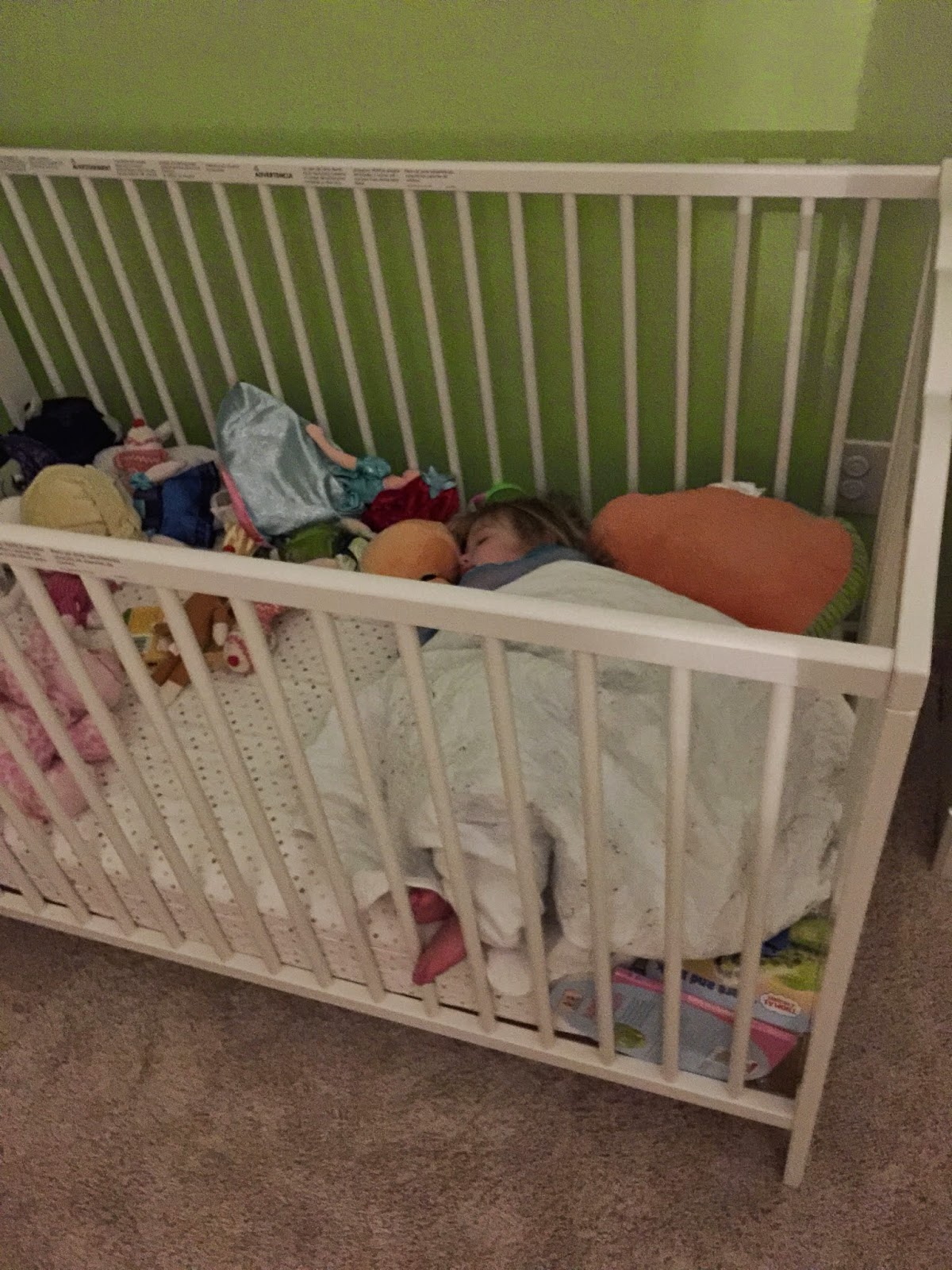 Saturday, I had to present a paper at a conference at 11:00 am, and Ben had to load up all the kids and take the to St. Chuck's for his god son's first communion. 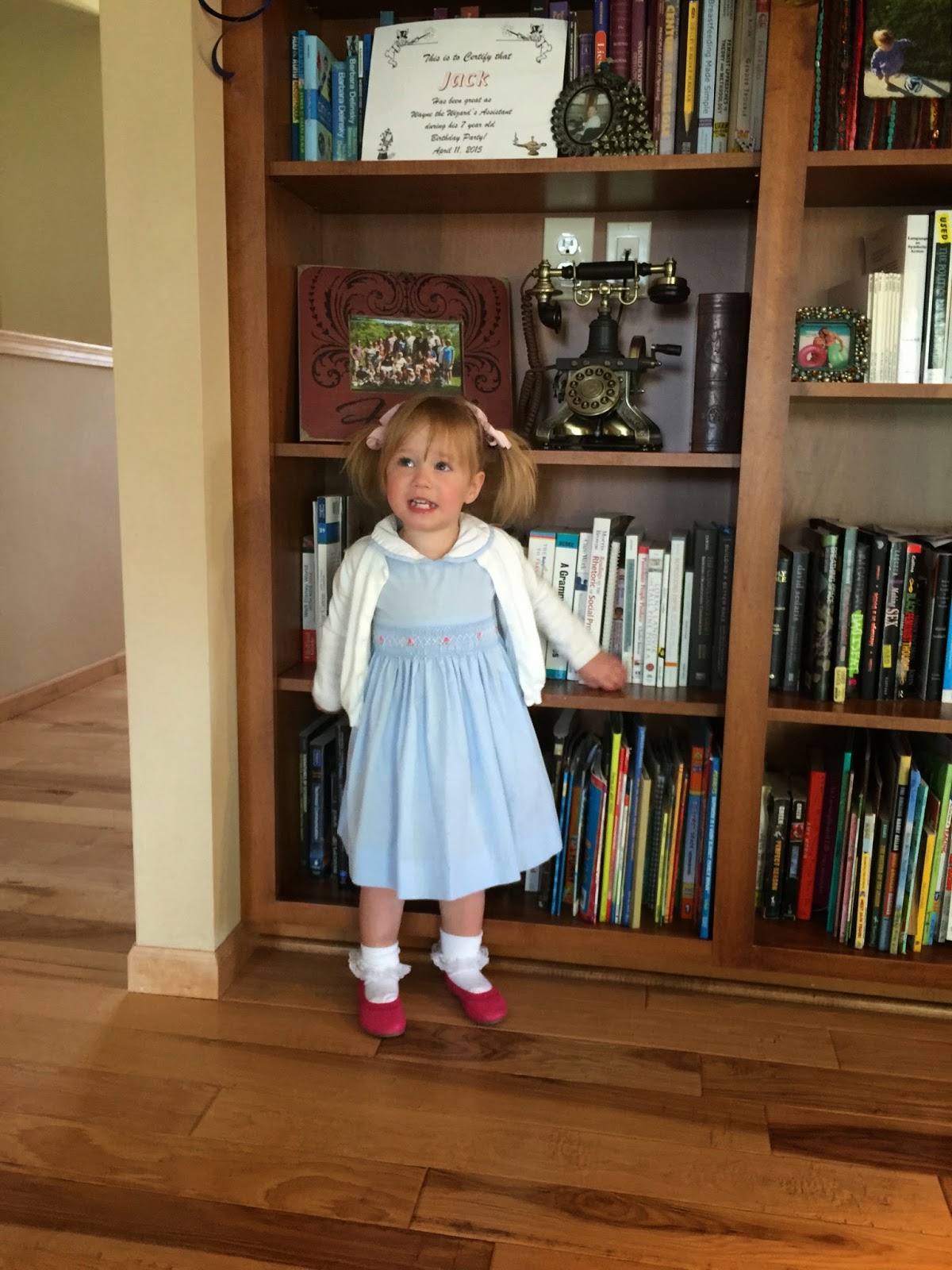 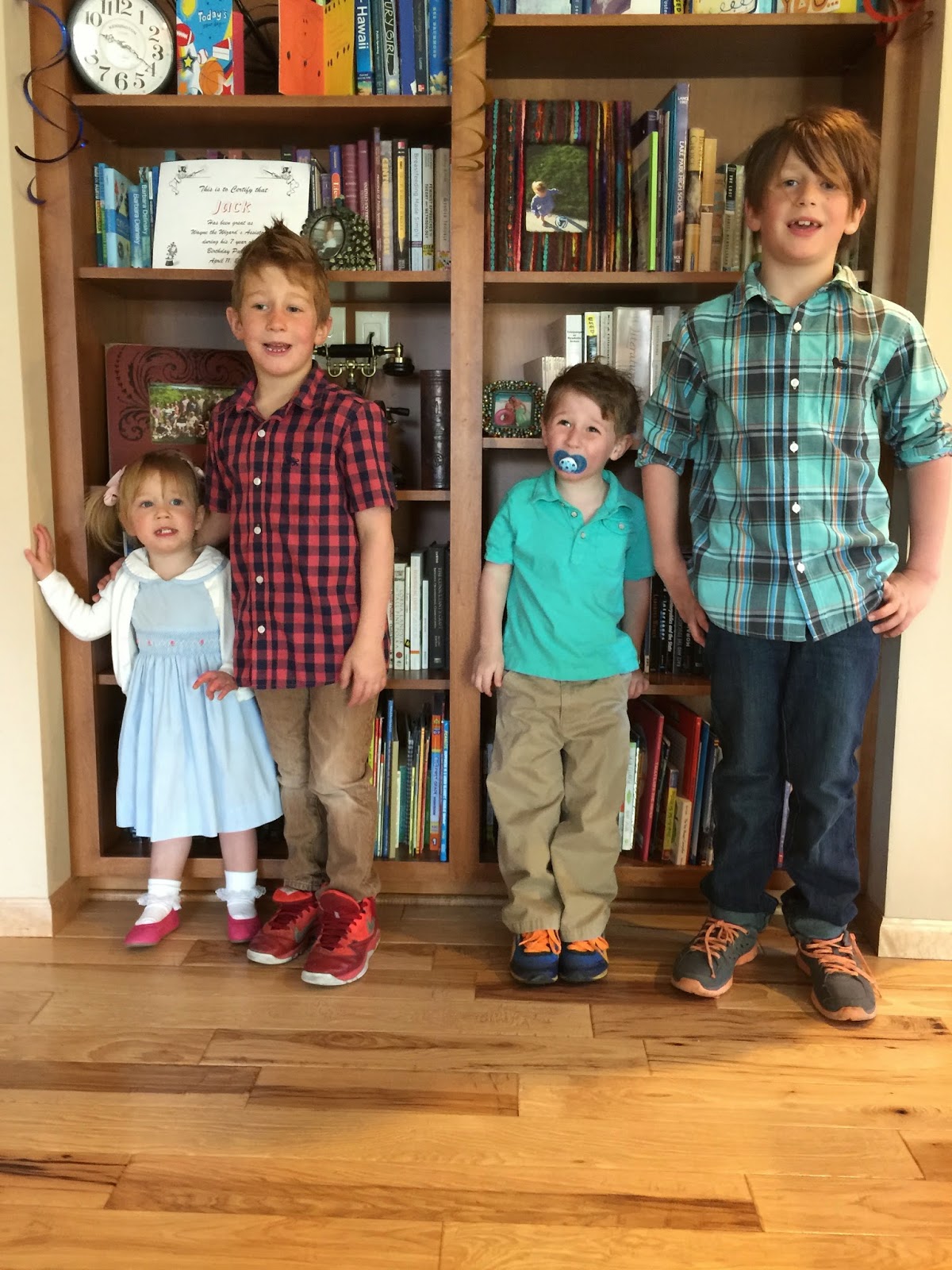 Saturday night we met friends for dinner and went to a fundraiser for Cooper's school which was WAY MORE FUN than you might think a nursery school fundraiser will be. 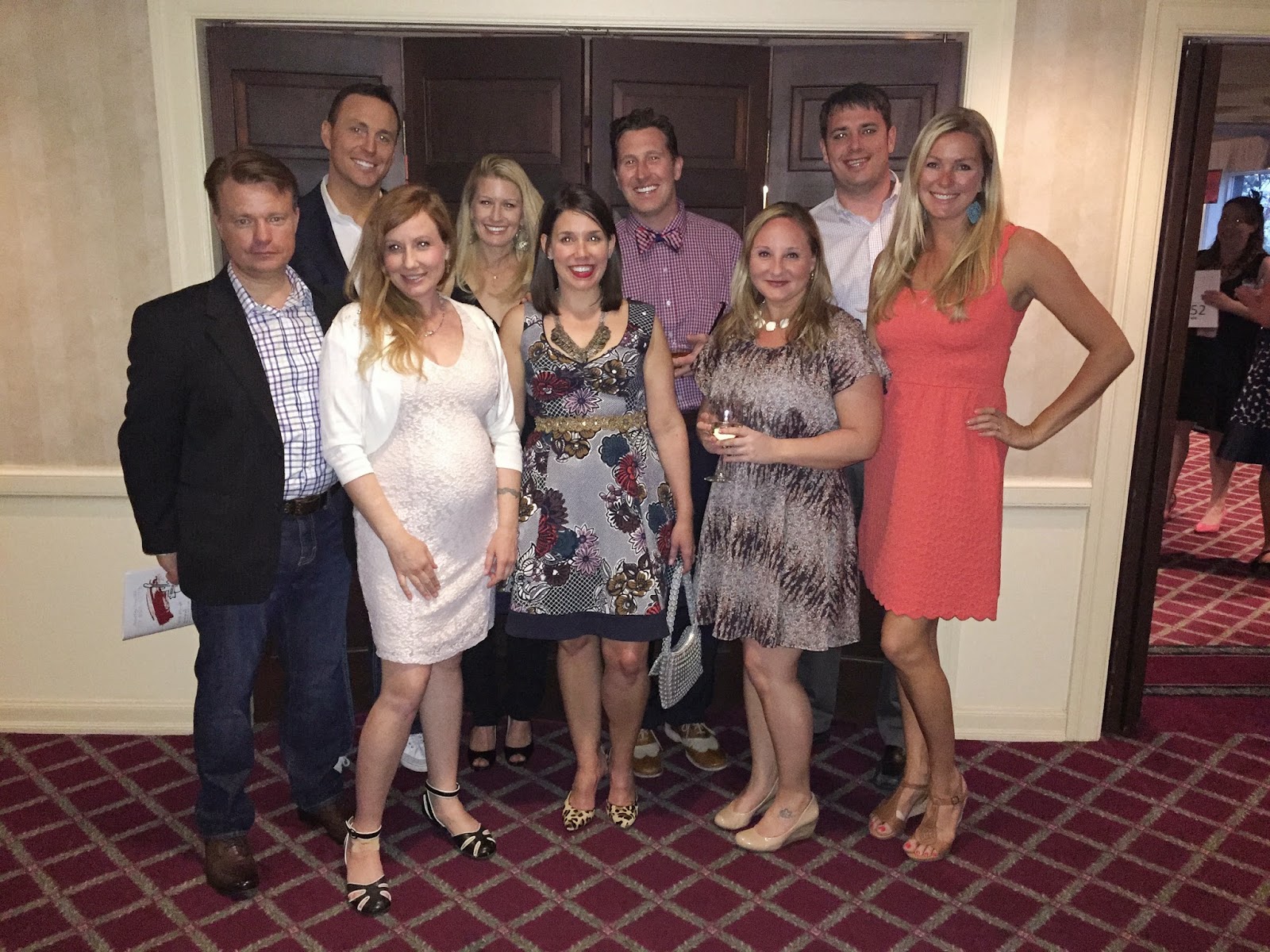 Cooper's teacher and me-- he could not BELIEVE she was there and took in this picture with incredulity. Found a lot of pictures like this on my phone, so obviously it was a good night. 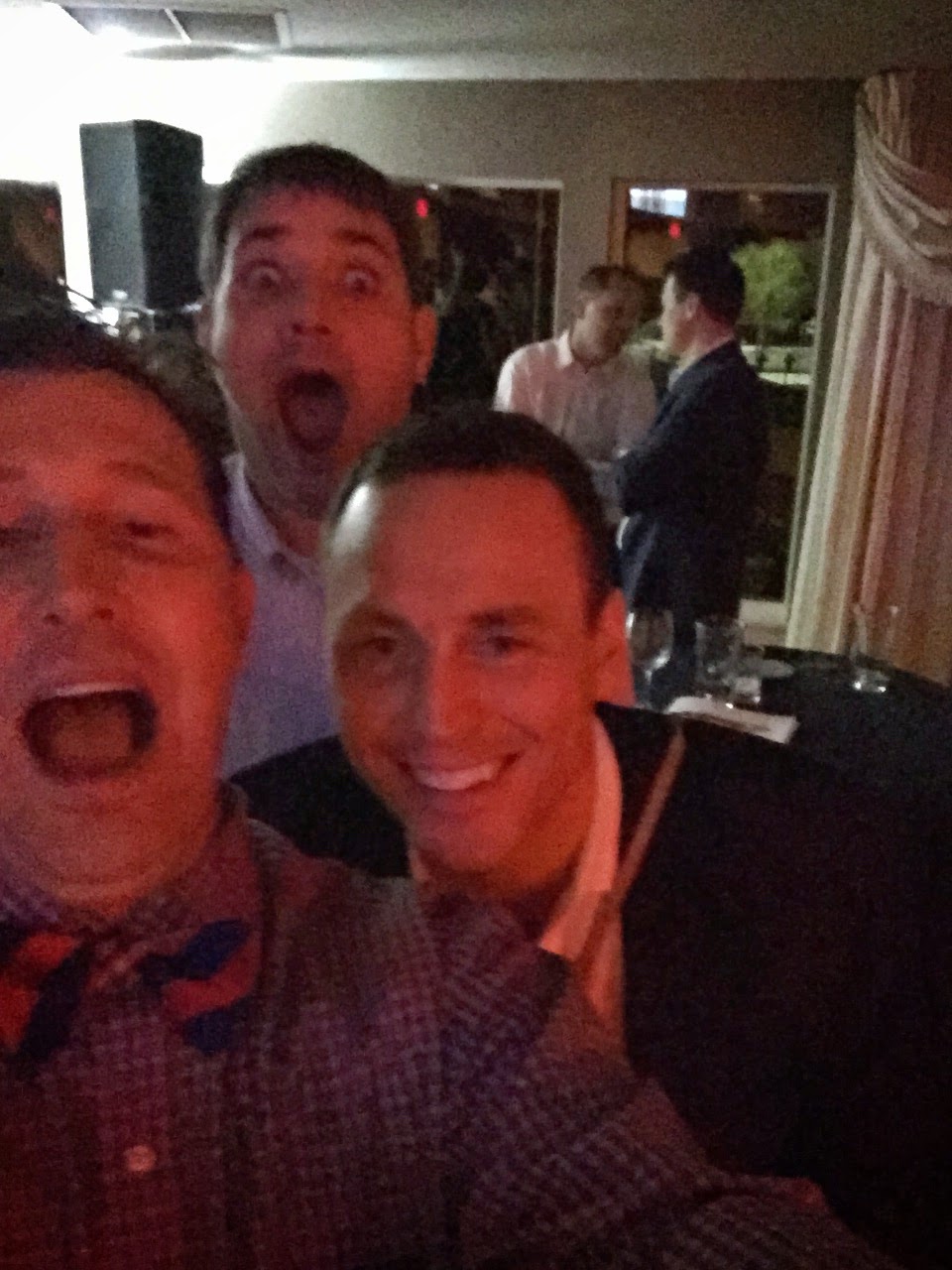 Before the fun began.  Ben picked out my necklace and dress to match his shirt and bowtie-- good work, huh? 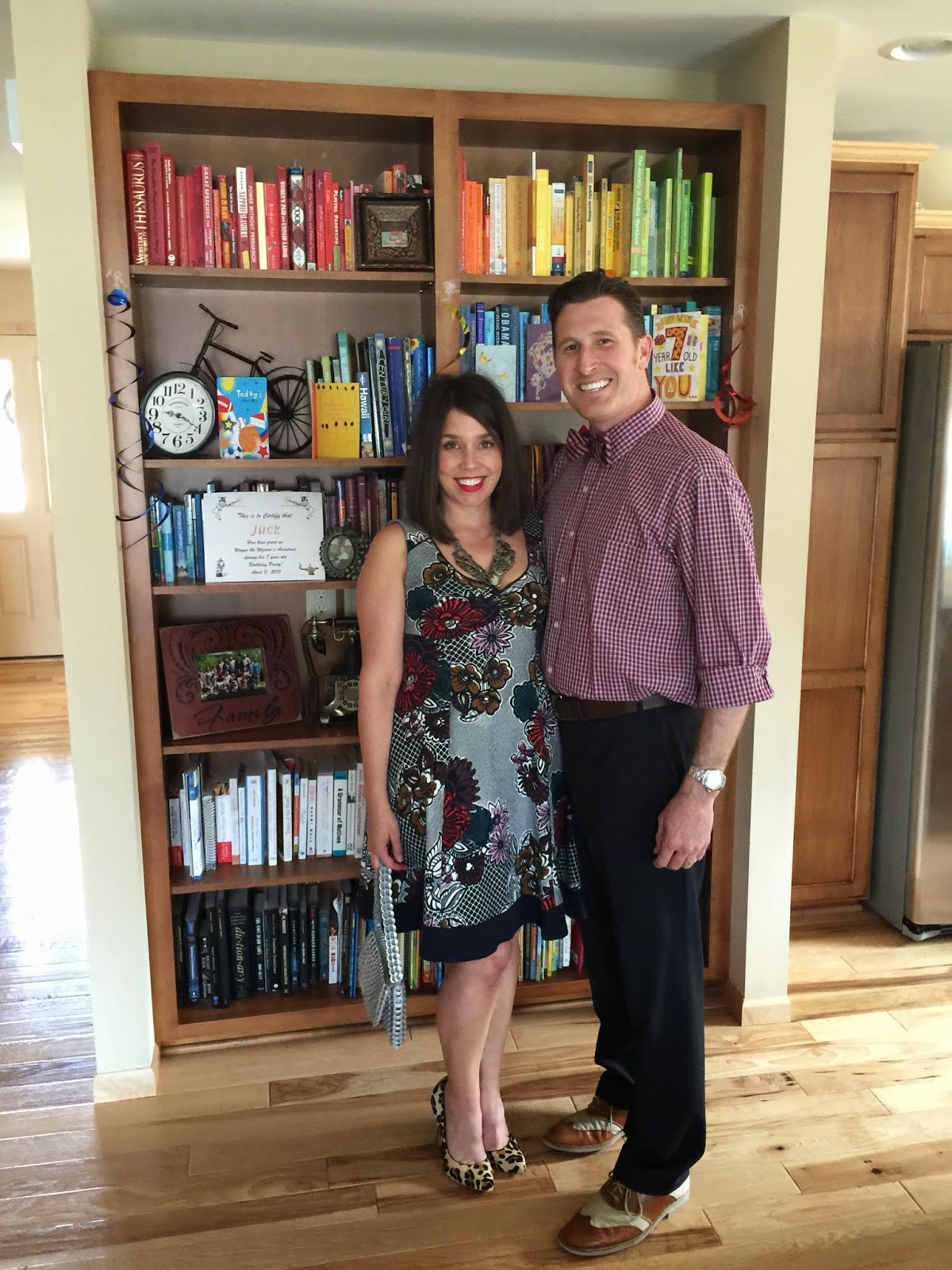