I am actually kind of glad that Cooper spiked a fever this afternoon because I was starting to think that maybe he is just an asshole. A weekend of so many tantrums!

We had a ton of fun despite the freezing (literally--- snow on Saturday morning) temps. Ben took the week off from coaching football (there are 4 coaches) so I could go to my first game of the season. It was adorable as you might imagine. I almost froze to death. Then Harry and I headed to soccer. I WAS SO COLD. I wore my coat for like 15 minutes after we got home (to a totally quiet house-- Jack and Ben said goodbye to us in the driveway and rushed to Jack's soccer game-- Ben coaches-- and the babies were asleep). We woke them up really early with the hopes of an early bedtime and braved the cold at an apple orchard/pumpkin patch. SO FUN. Then a new sitter came over (hence the early bedtime-- not in the mood to deal with the babies' separation anxiety) and Ben and I saw Gone Girl-- so, so good!

This is Harry calmly doing his homework on Friday morning (he broke a light at school tossing his football in the air on the way out the door to go home even though his teacher had asked him a million times not to do that because he might break something, and he felt so bad that he immediately said he would help the janitor clean the building during recess for two weeks.  We-- and his teacher-- really wanted to honor that thought since he was the one who assumed he was in deep shit.  But none of us wanted him to miss his recess because damn does that kid need a recess, so he leaves class 10 minutes before lunch to help the janitor and misses a quick free-write, which he brings home.  He has been demoted from washing the windows to sweeping the floor, BTW-- he is not a good window-washer, apparently) while all hell is breaking loose around him. 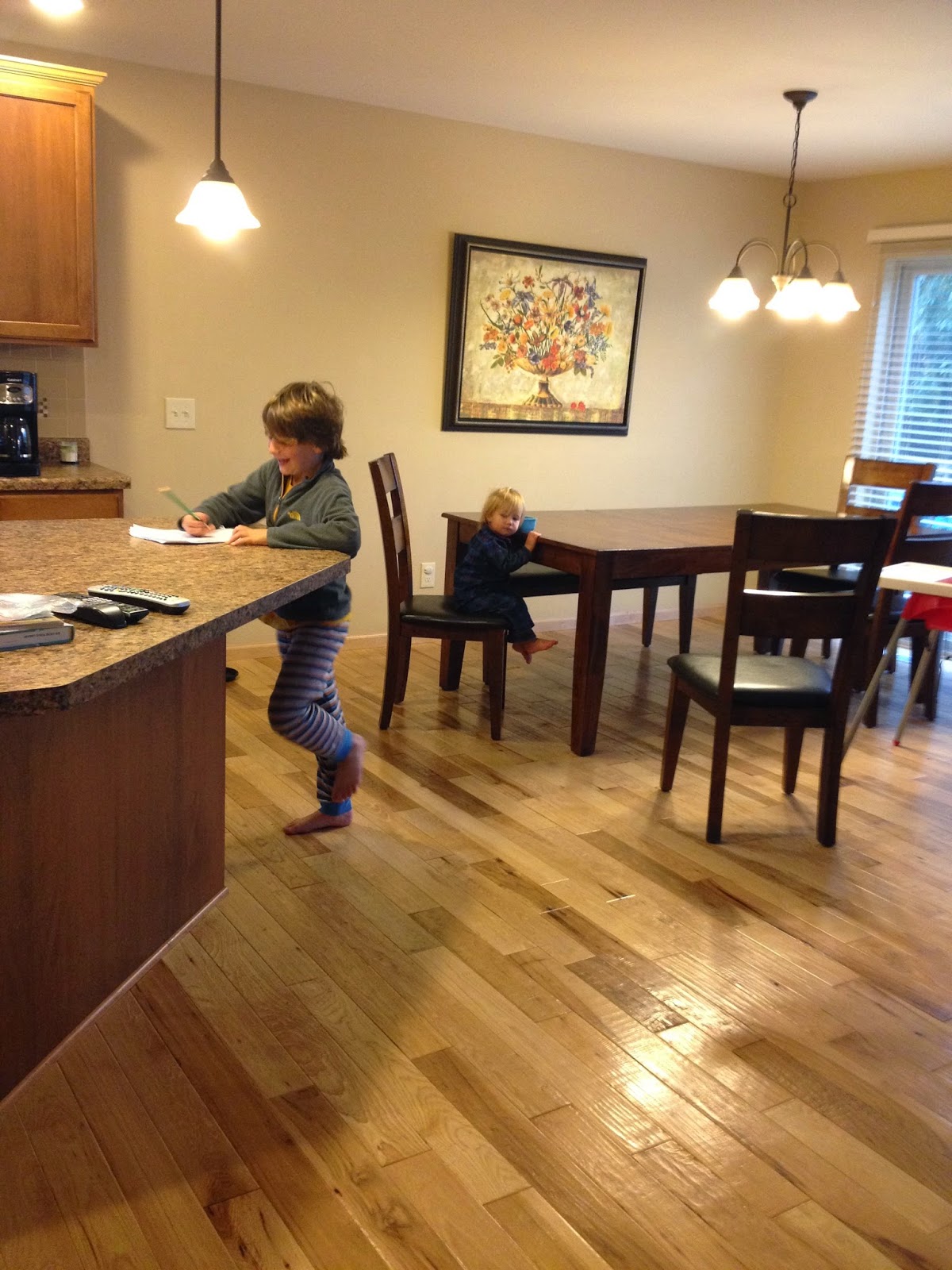 Cooper and jack had a pretty serious pot, pan, and swiffer battle. 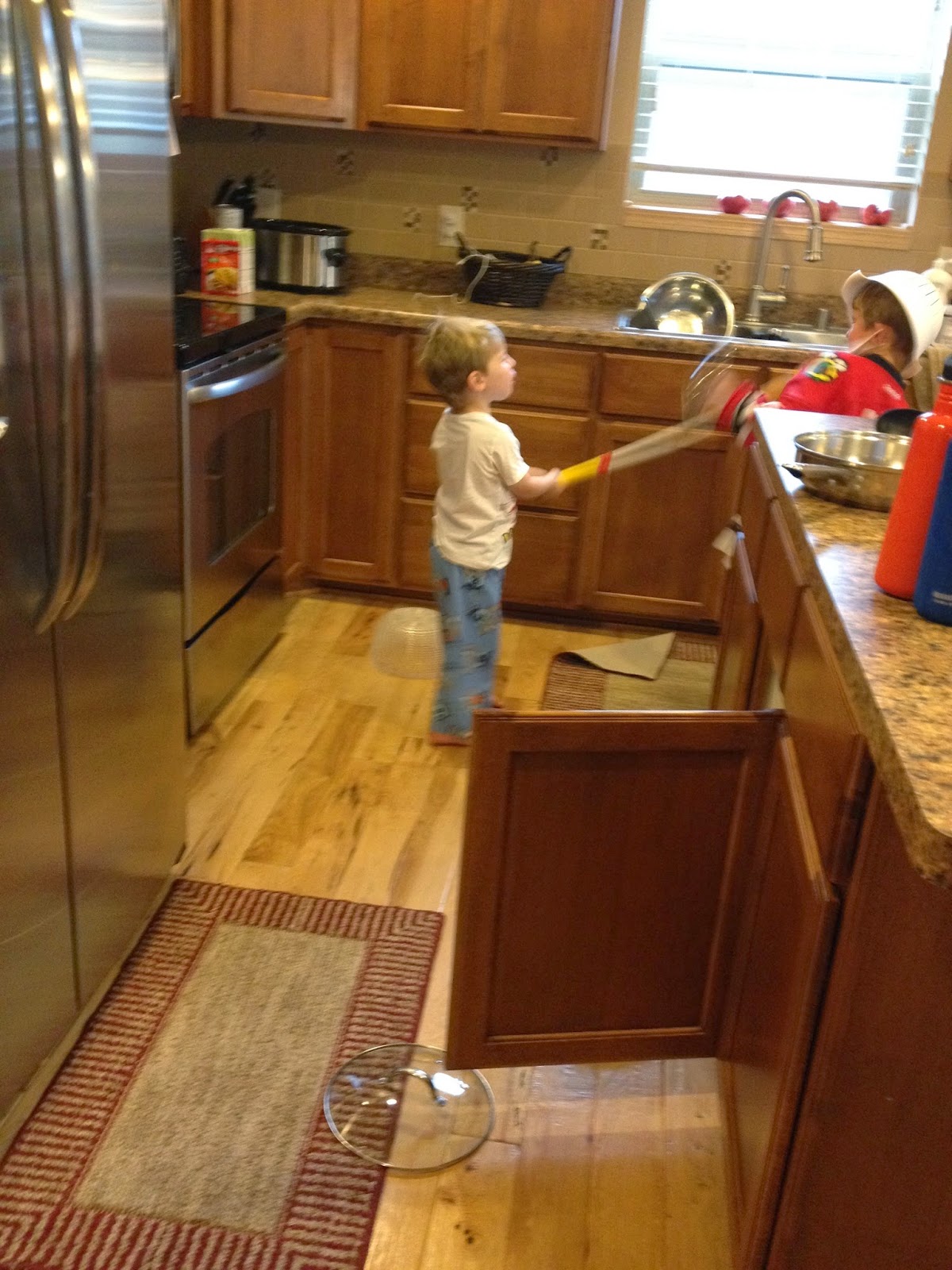 We watched Happy Gilmore with the boys the other night.  They thought it was pretty much the funnies thing they could imagine.  Then Jack squirreled a bunch of Peppermint Patties in his purse. 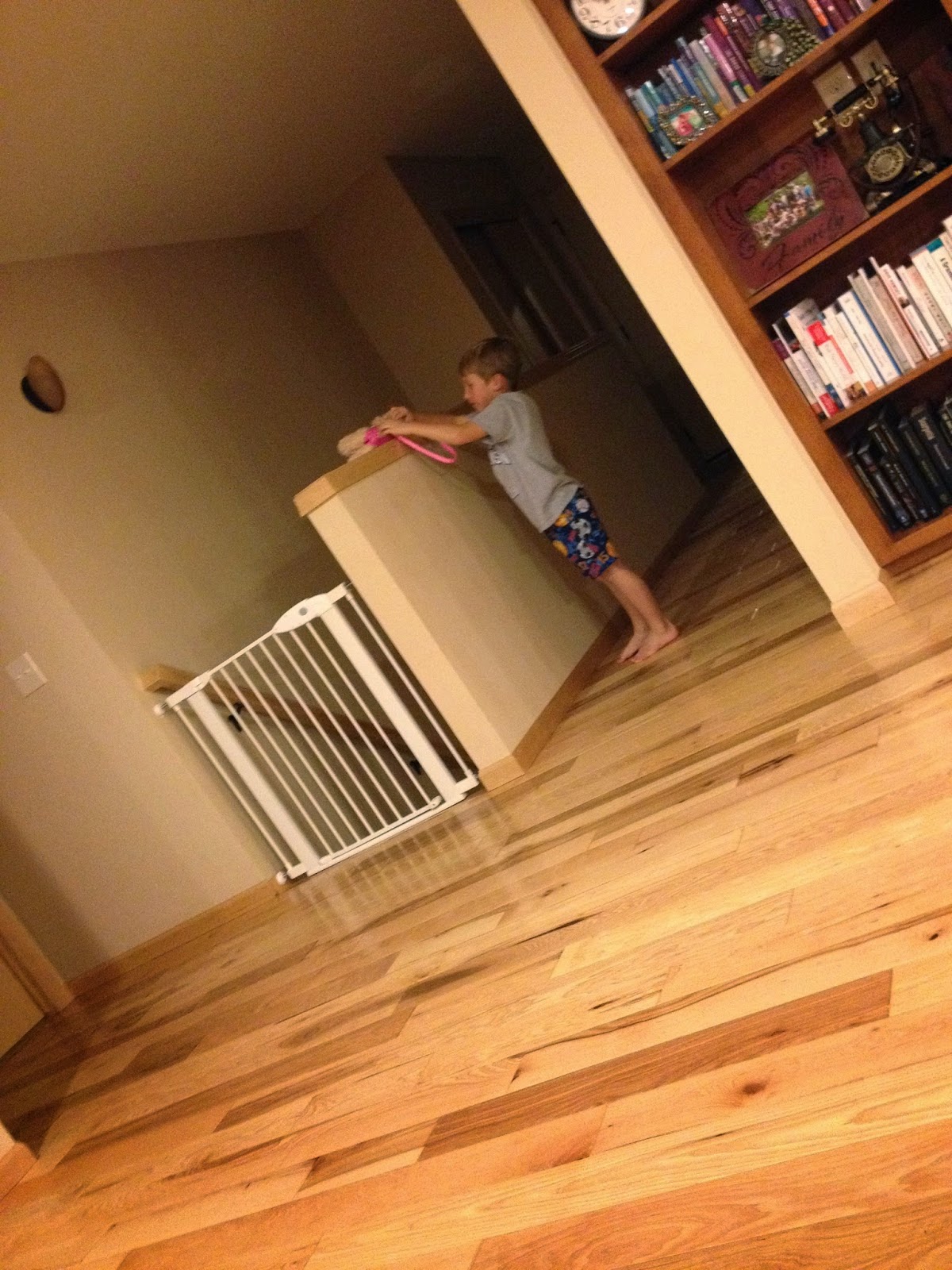 Tiny football.  Harry is second kid on the right. 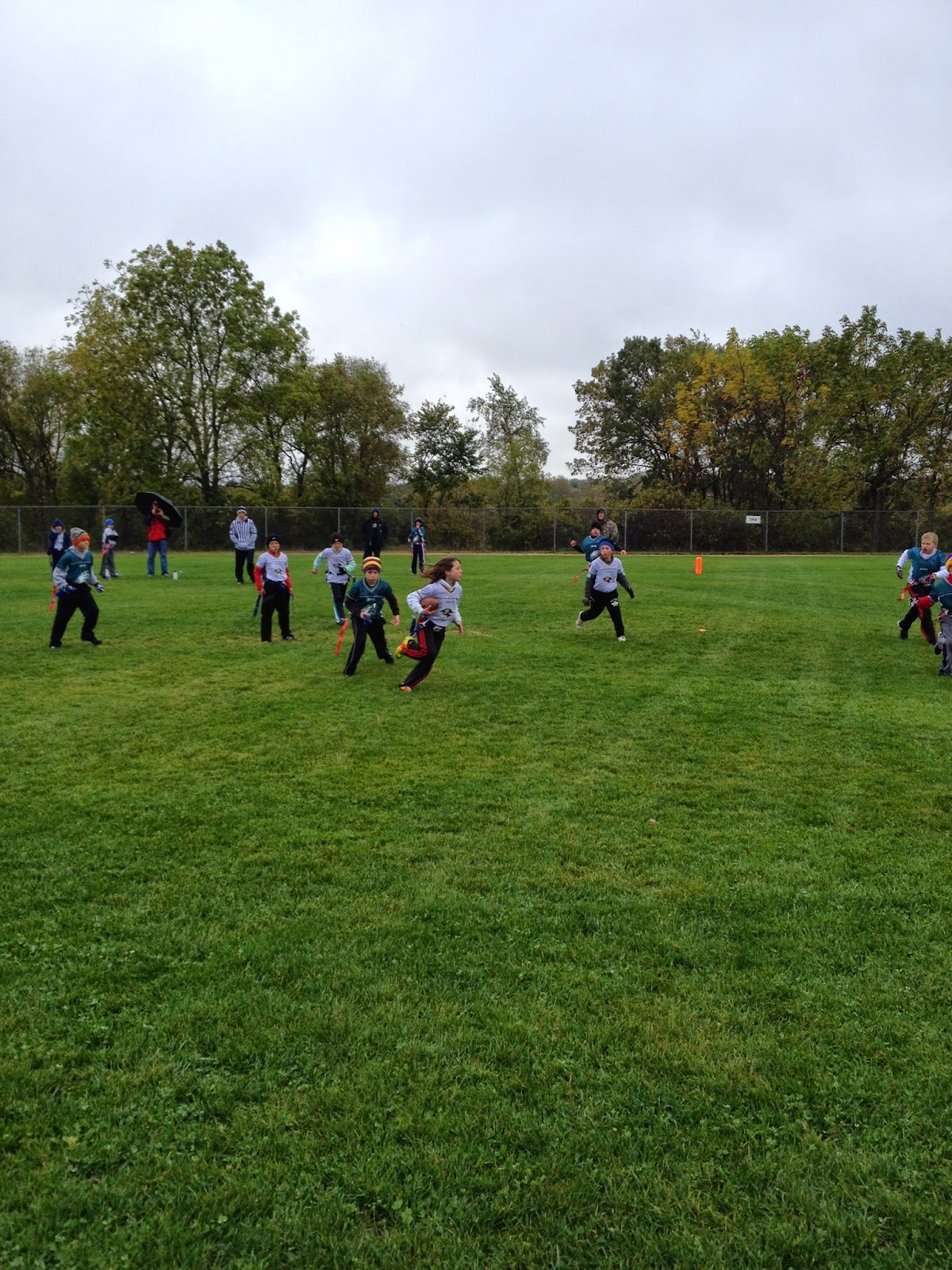 Cooper has been practicing his smile for our family pics next weekend.  It is pretty much the best.  (Harry still has on his football eye-black) 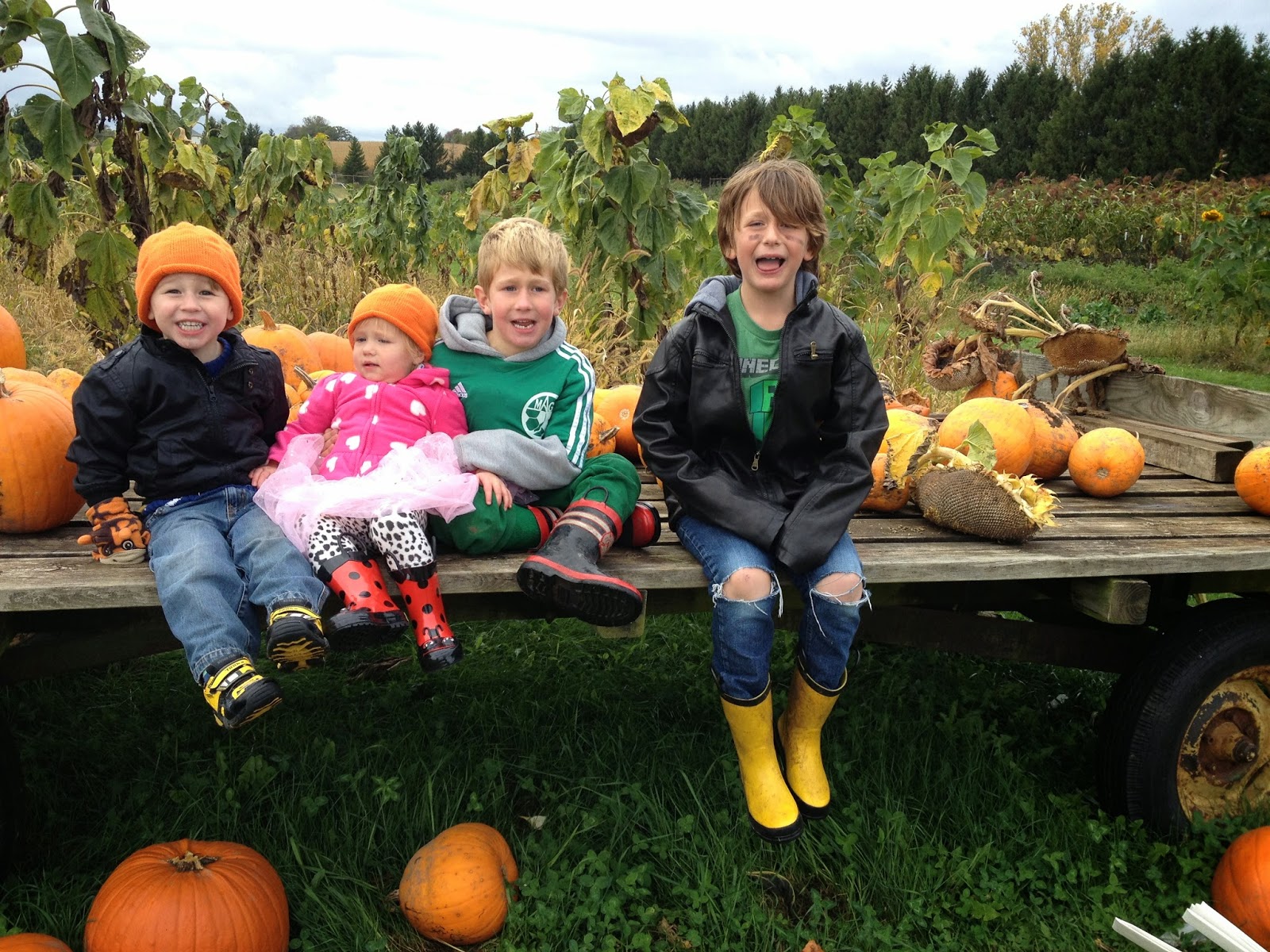 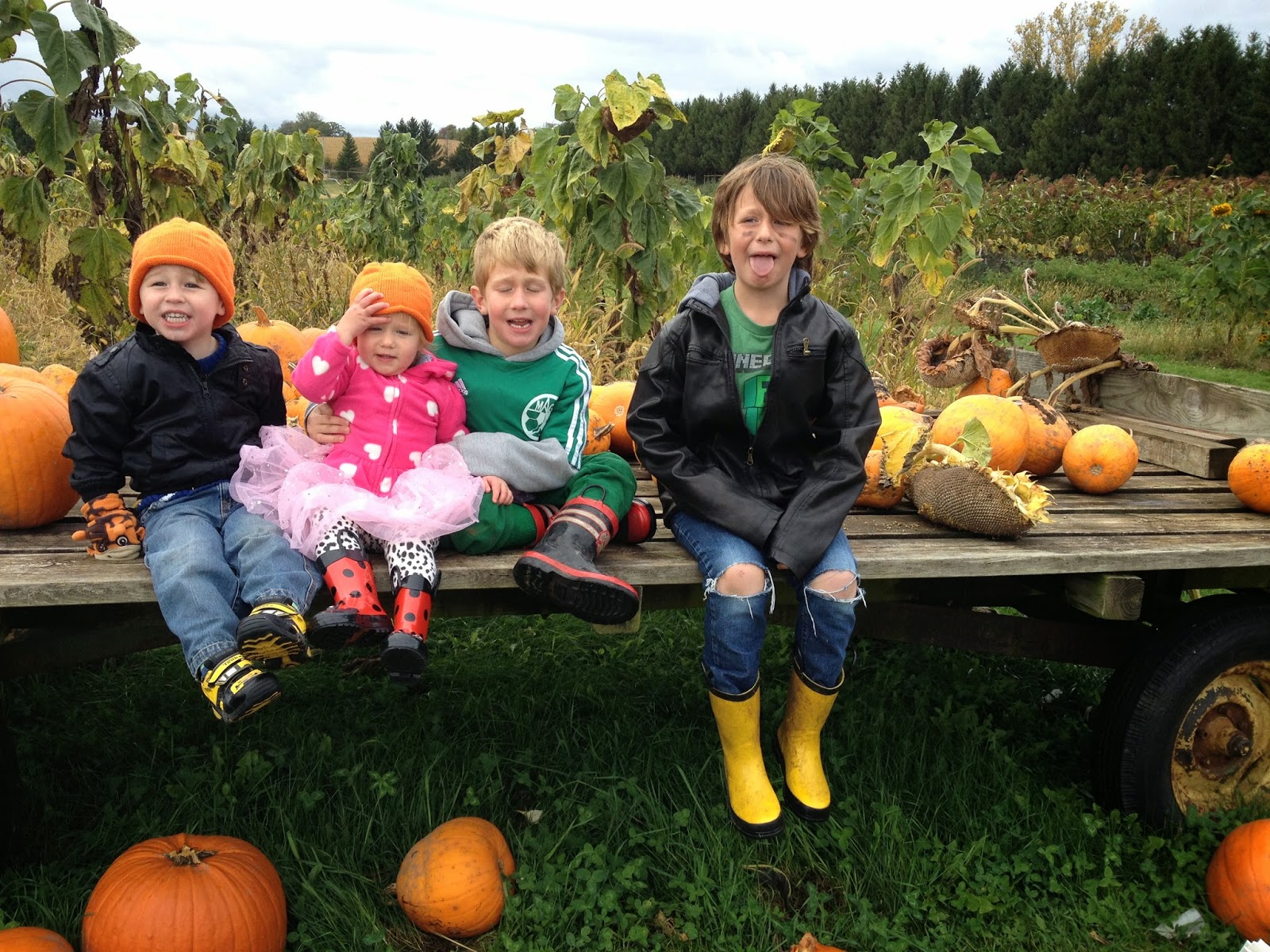 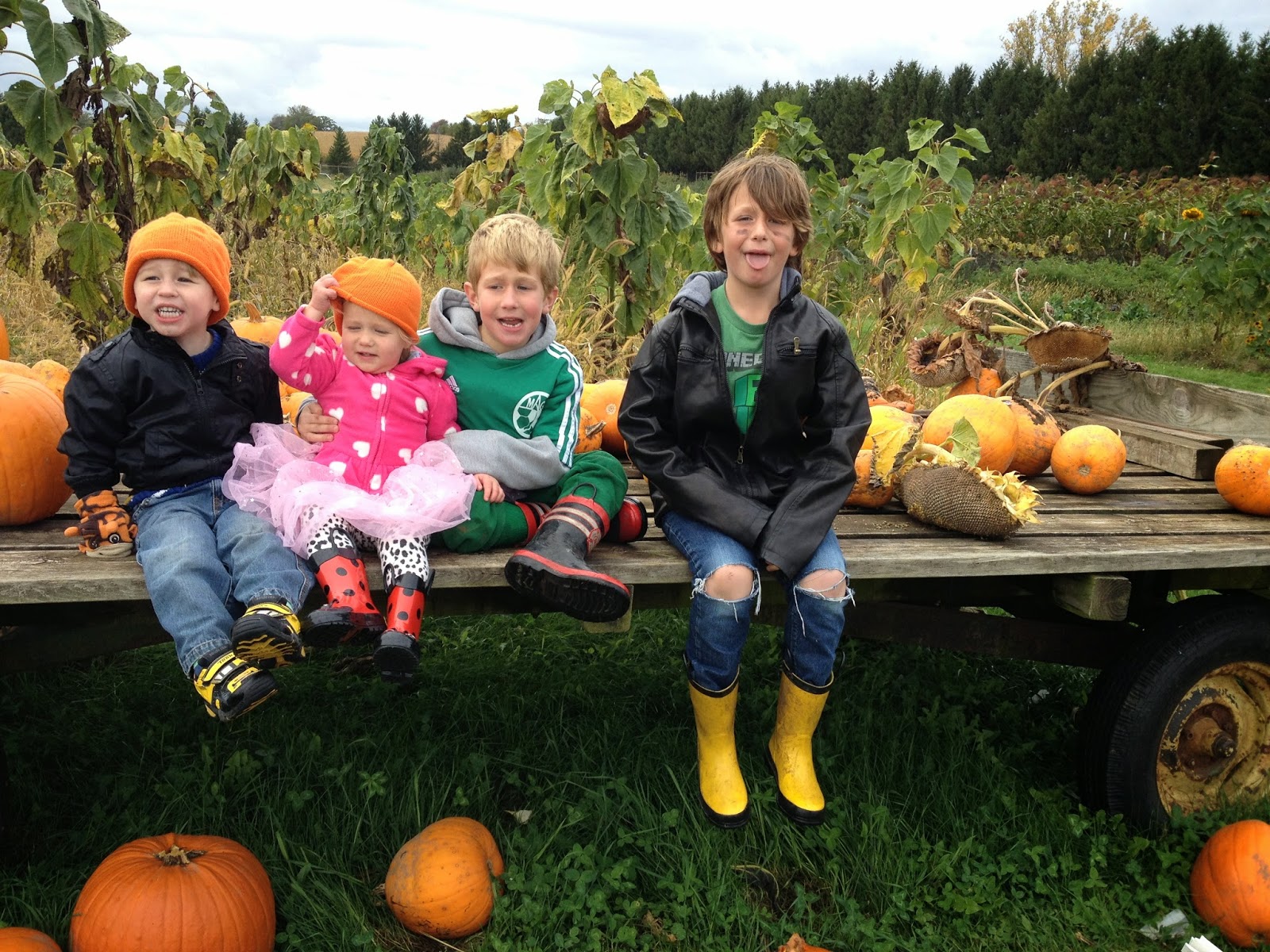 Jack and Dorothy had a moment.  (Ben dressed her). 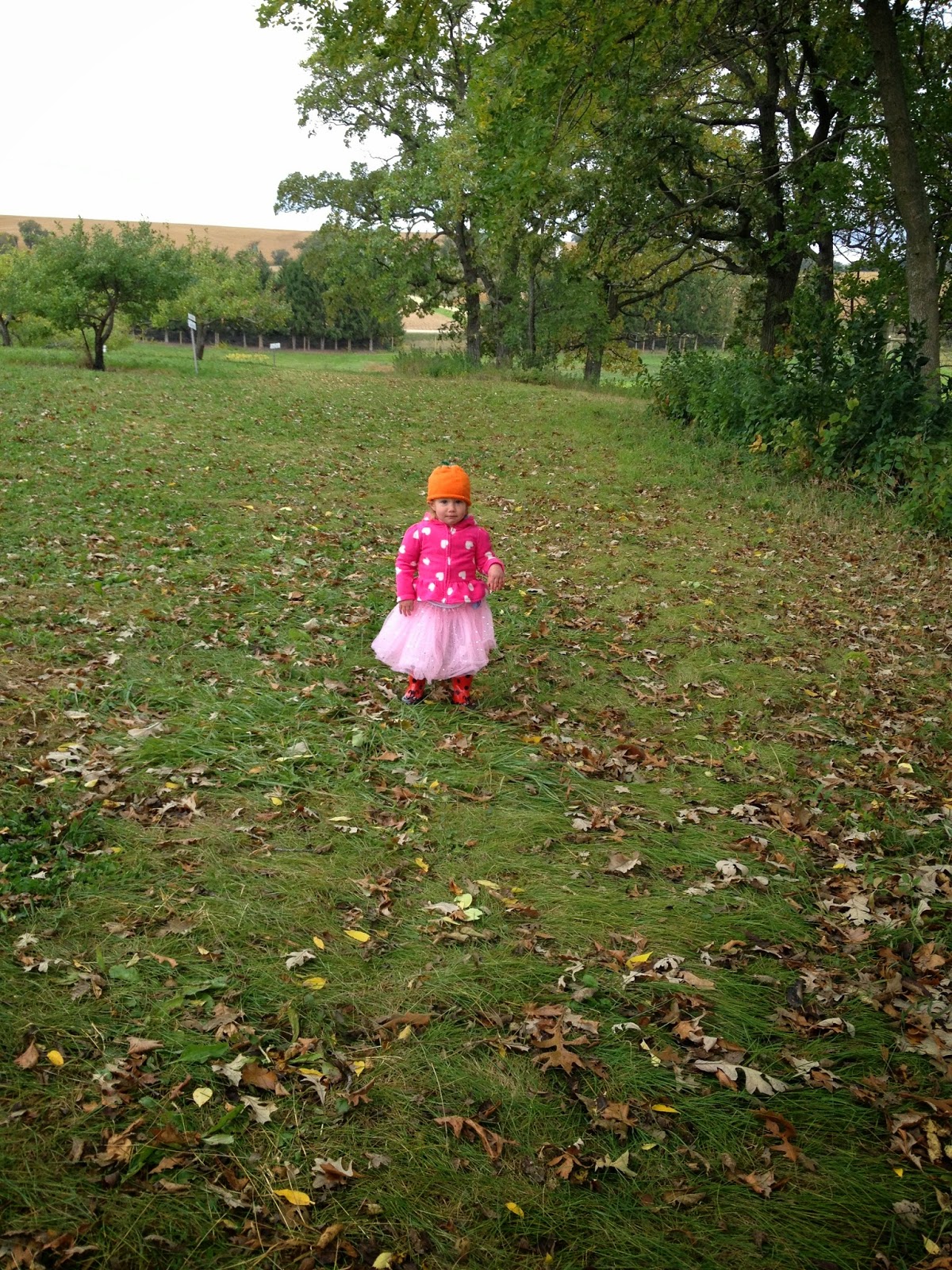 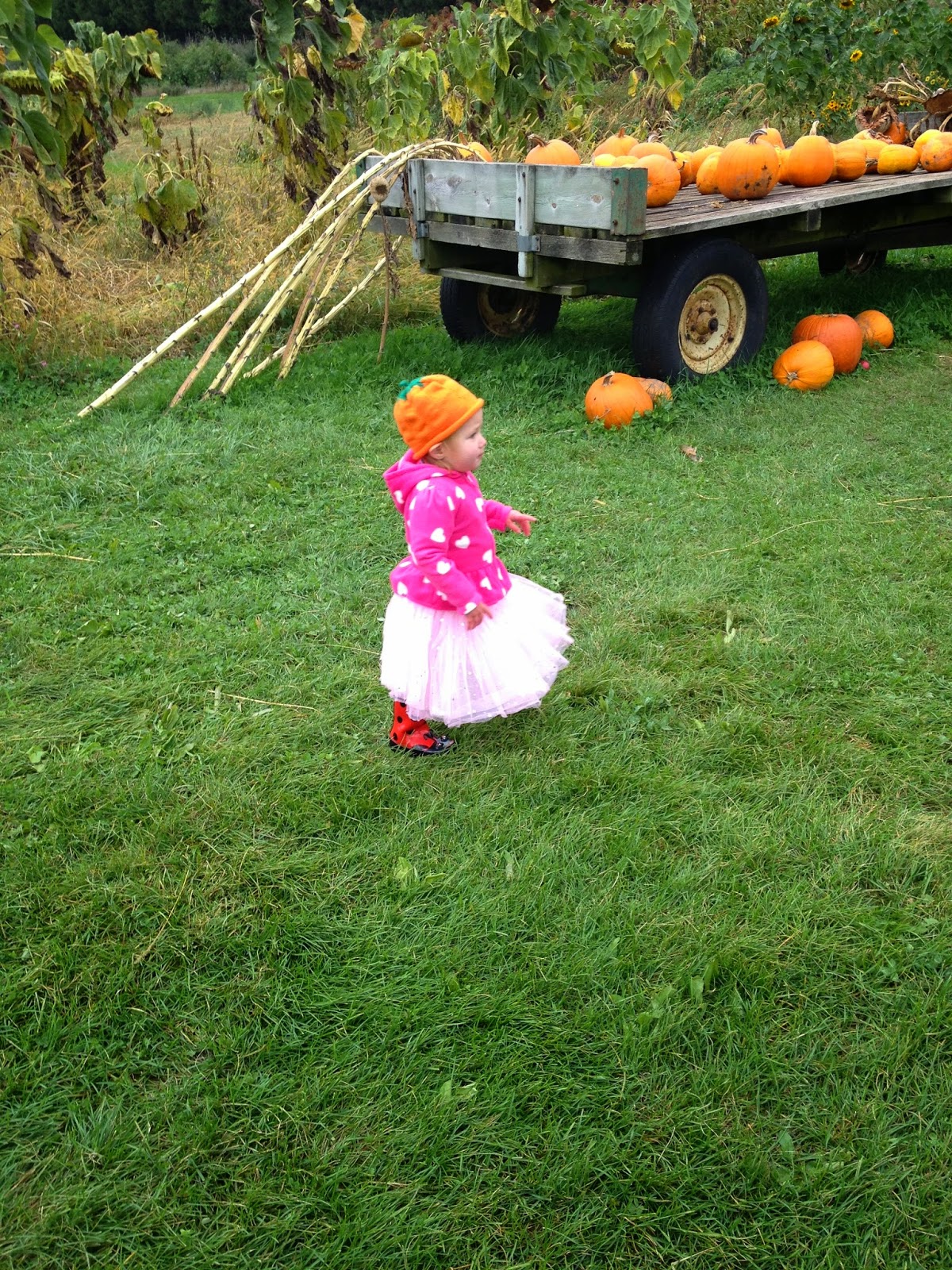 Jack in a tree. 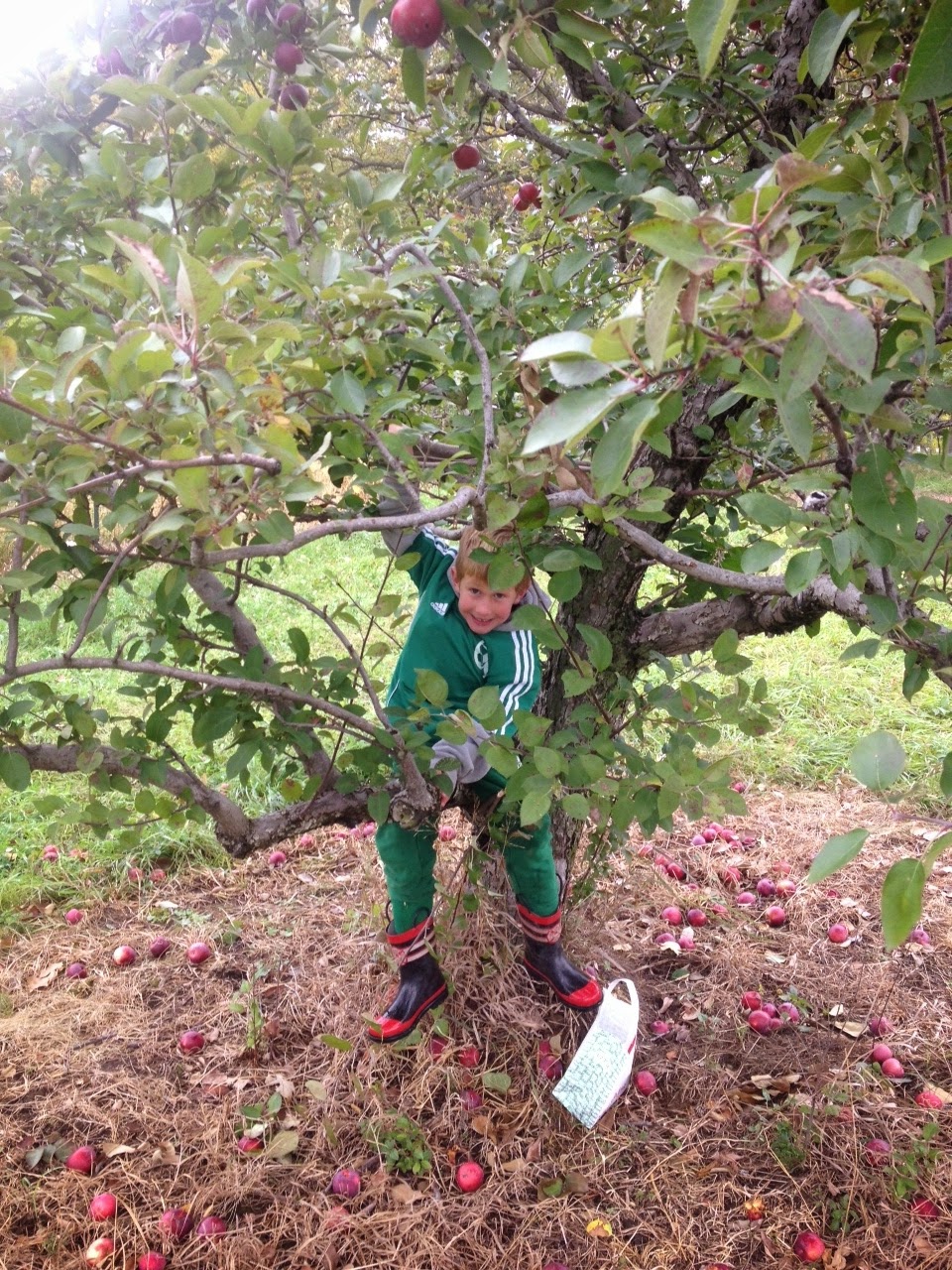 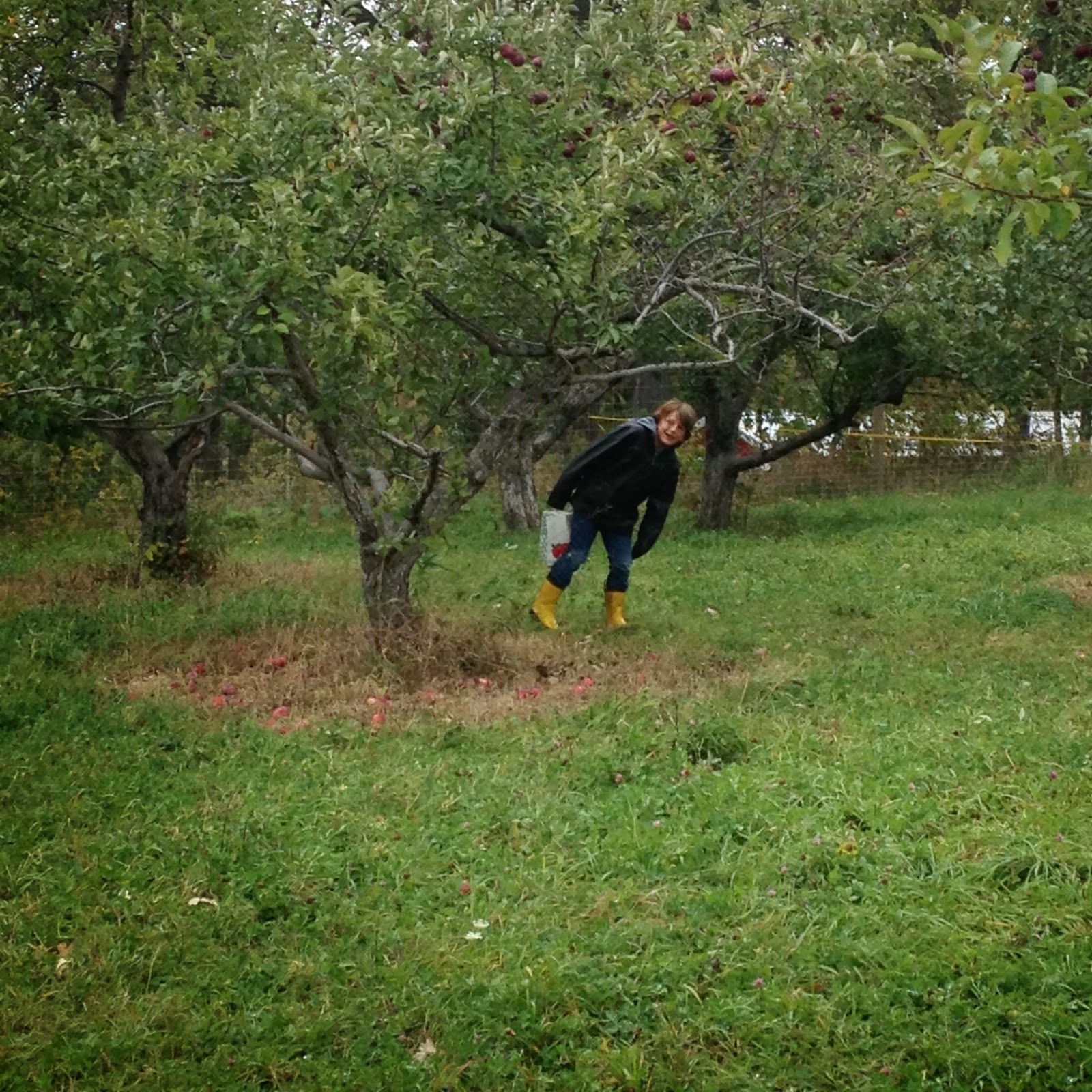 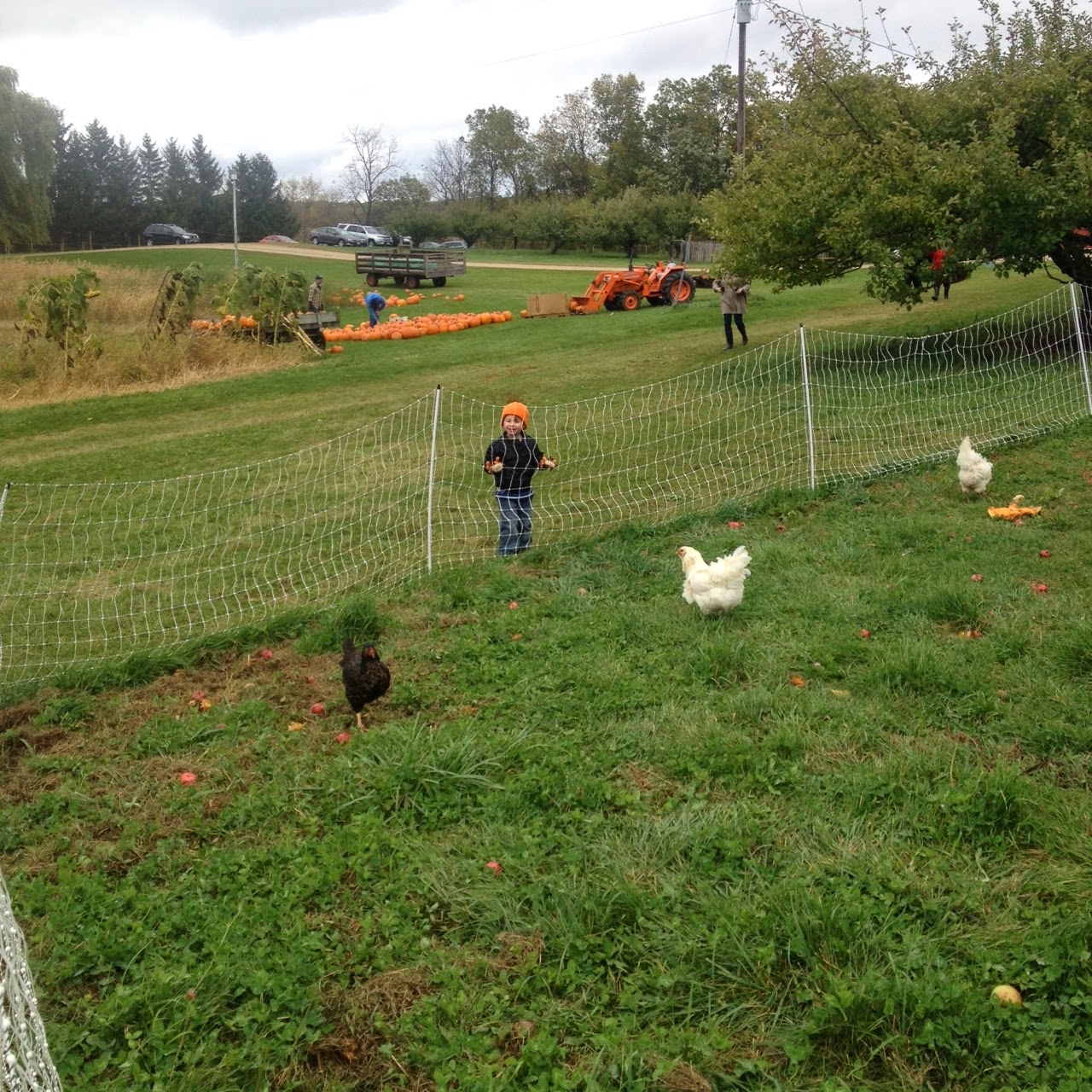 I LOVE her little smile 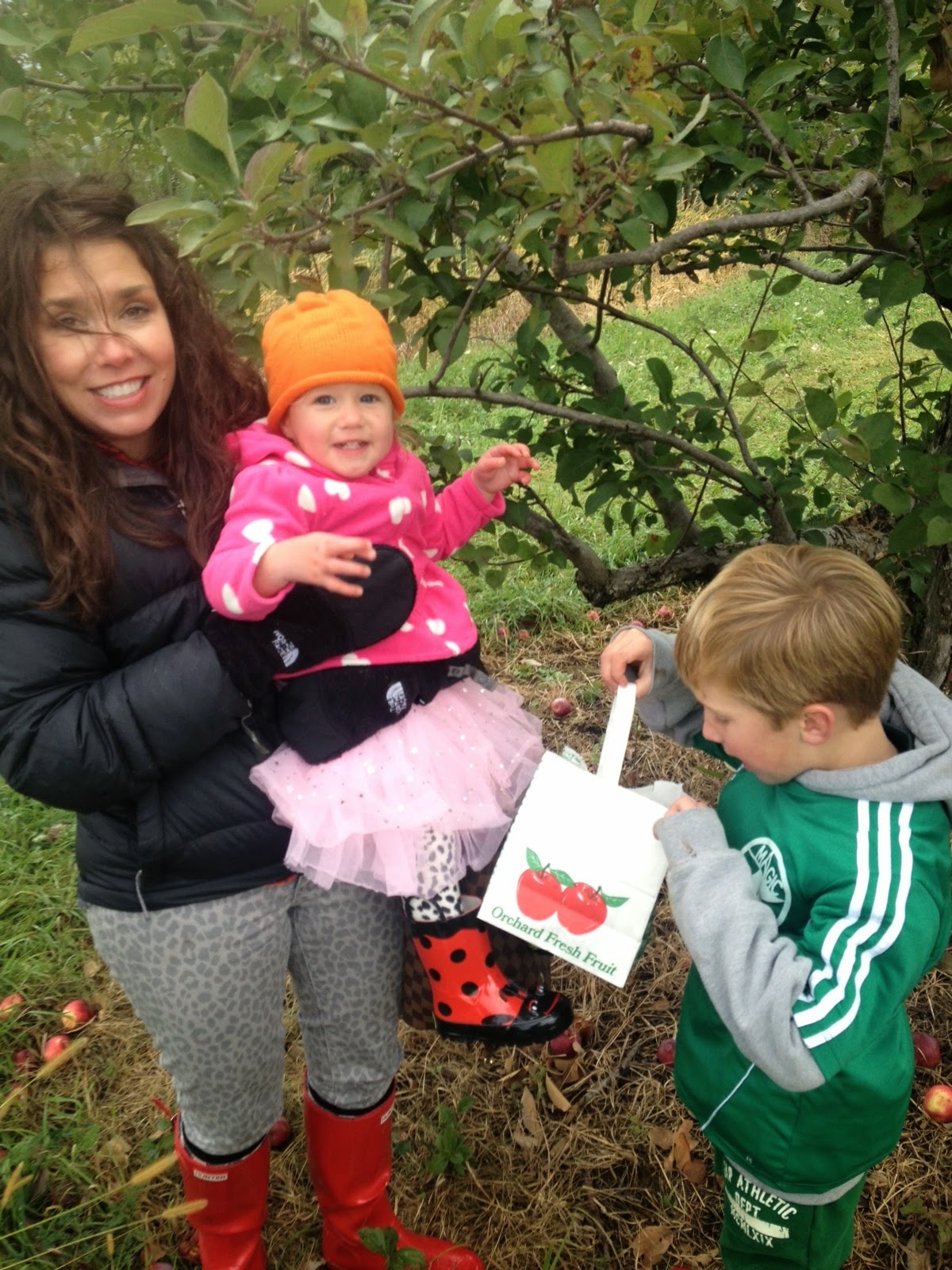 Everyone was a super screamy mess at the grocery store, so I took them to play with the toys while Ben checked out.  We had a lovely tea party. 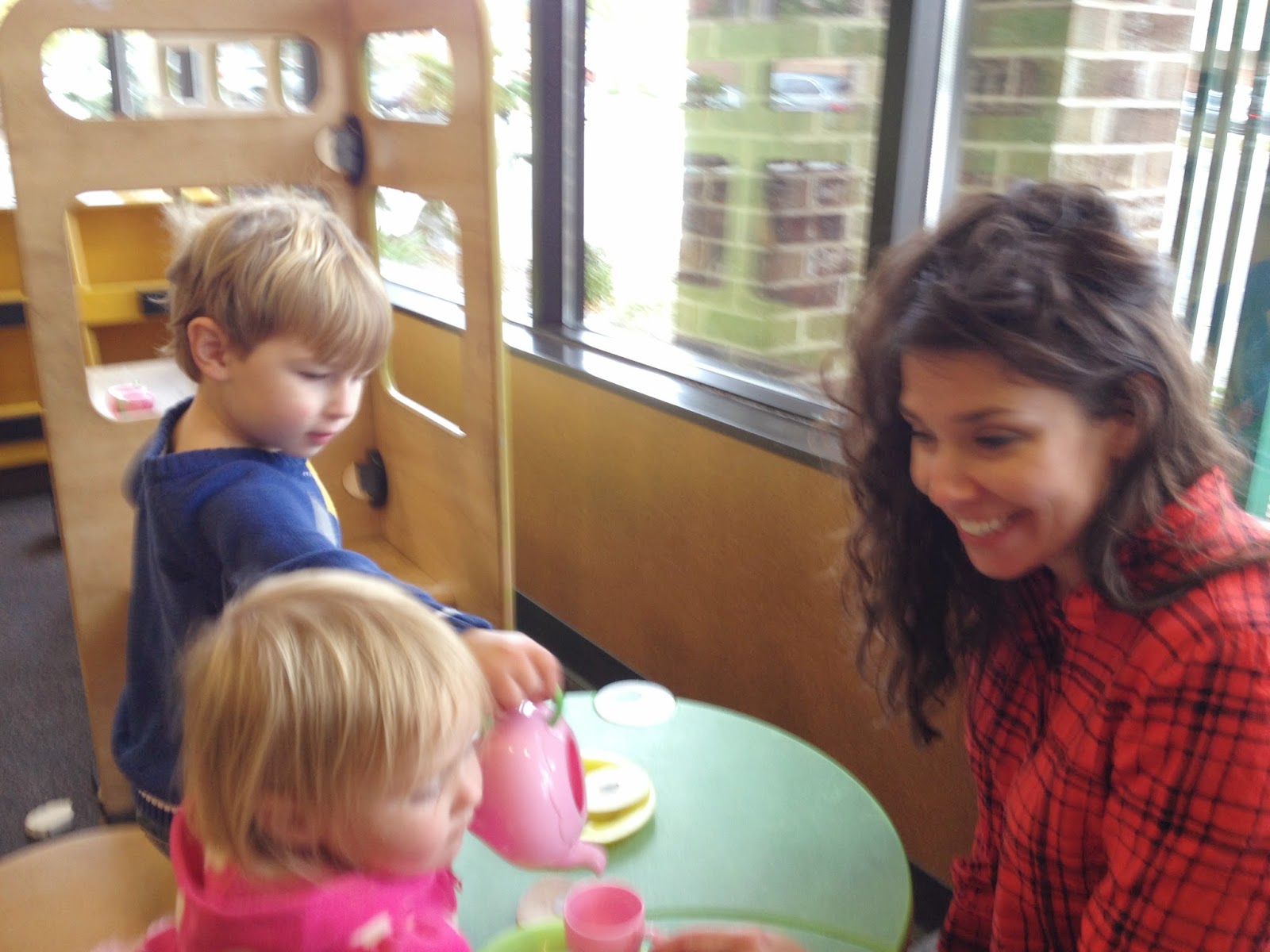 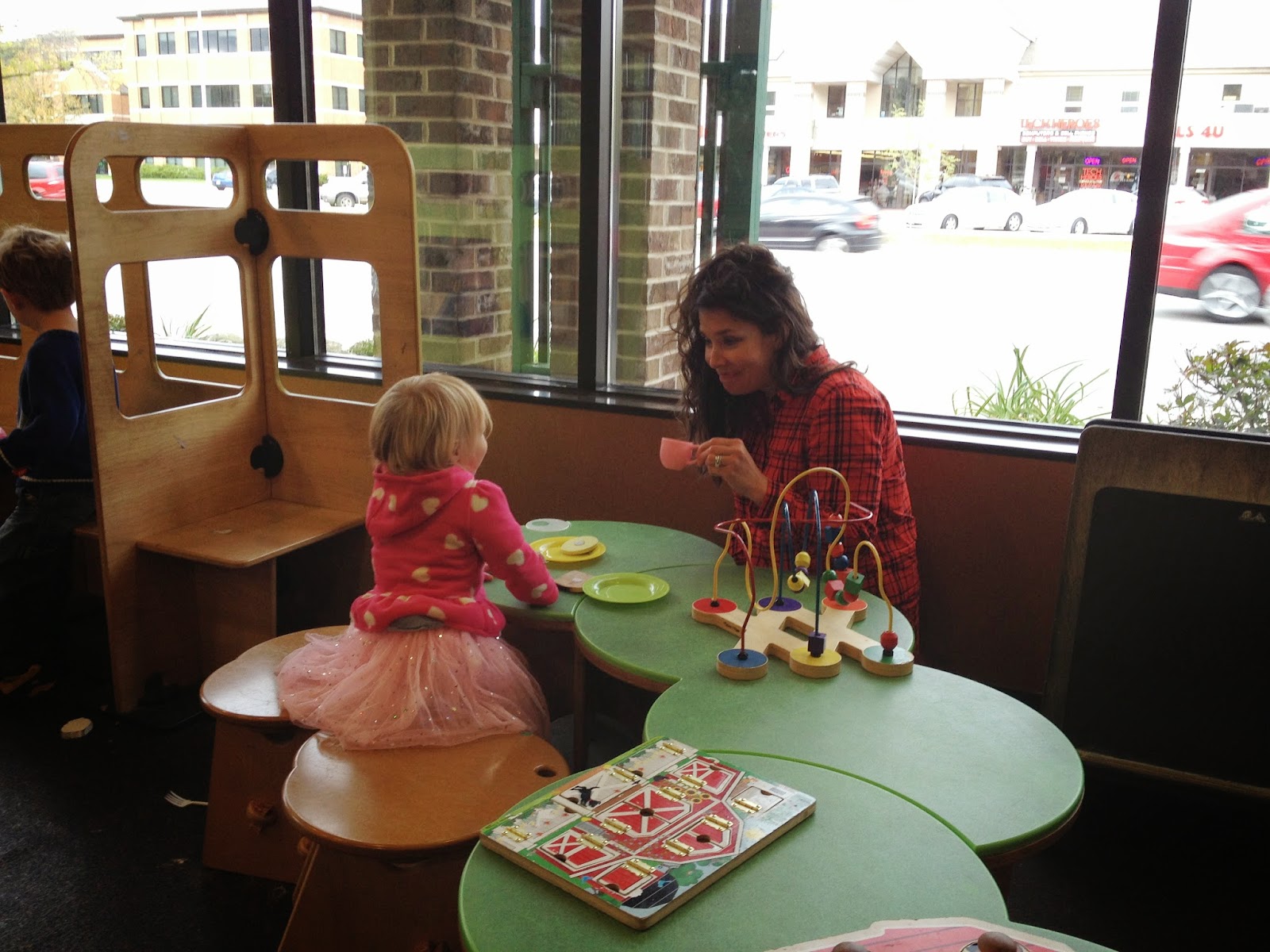 Told the boys they could only eat apple donuts fro snack if they sat at the table.  They were THRILLED to find that their Wii U controllers worked from the table. 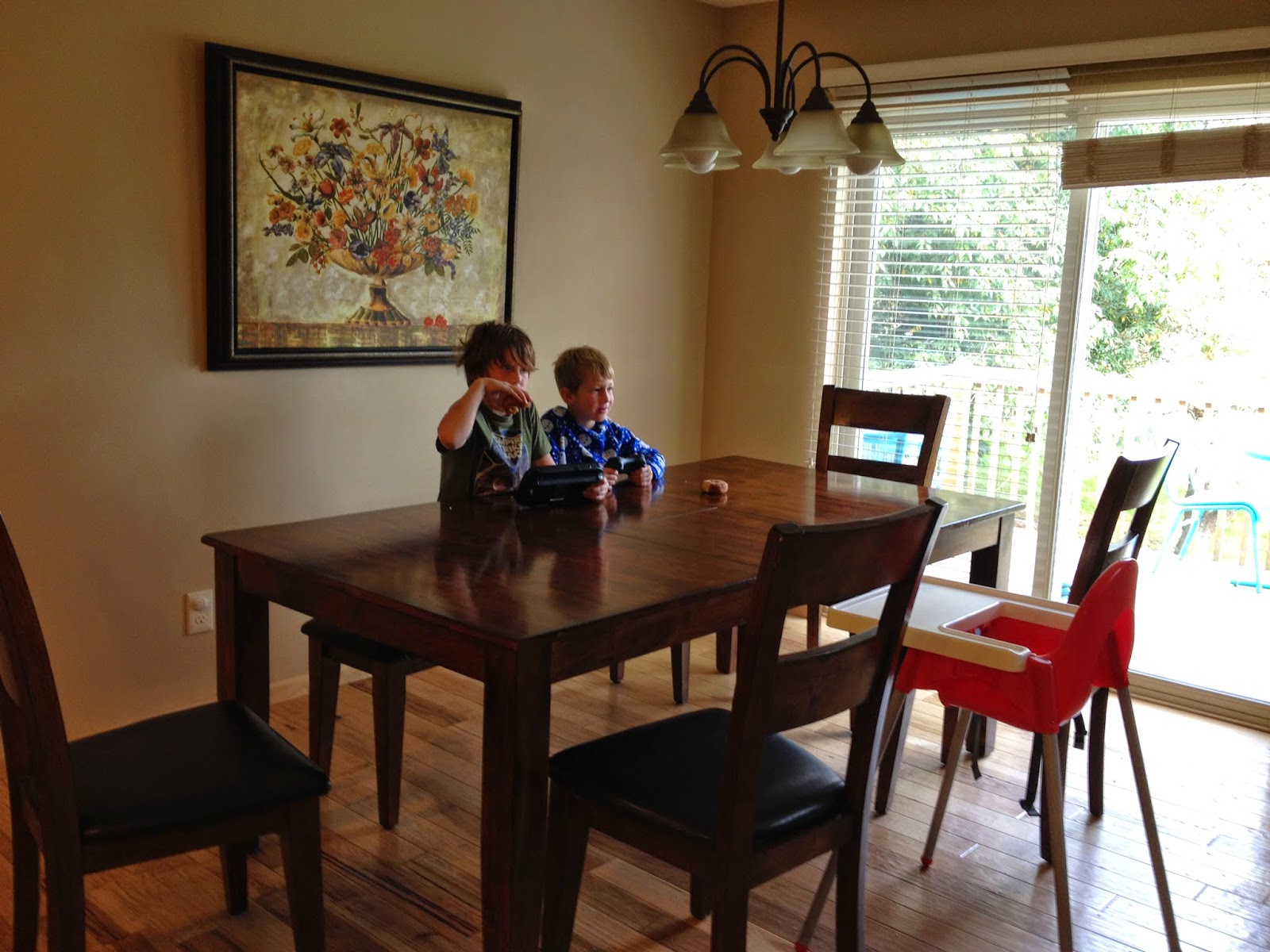 My parents got us this for our anniversary, and I finally got it out of the box-- have been kind of intimidated-- to make THE BEST PIE CRUST EVER for all those apples we picked. 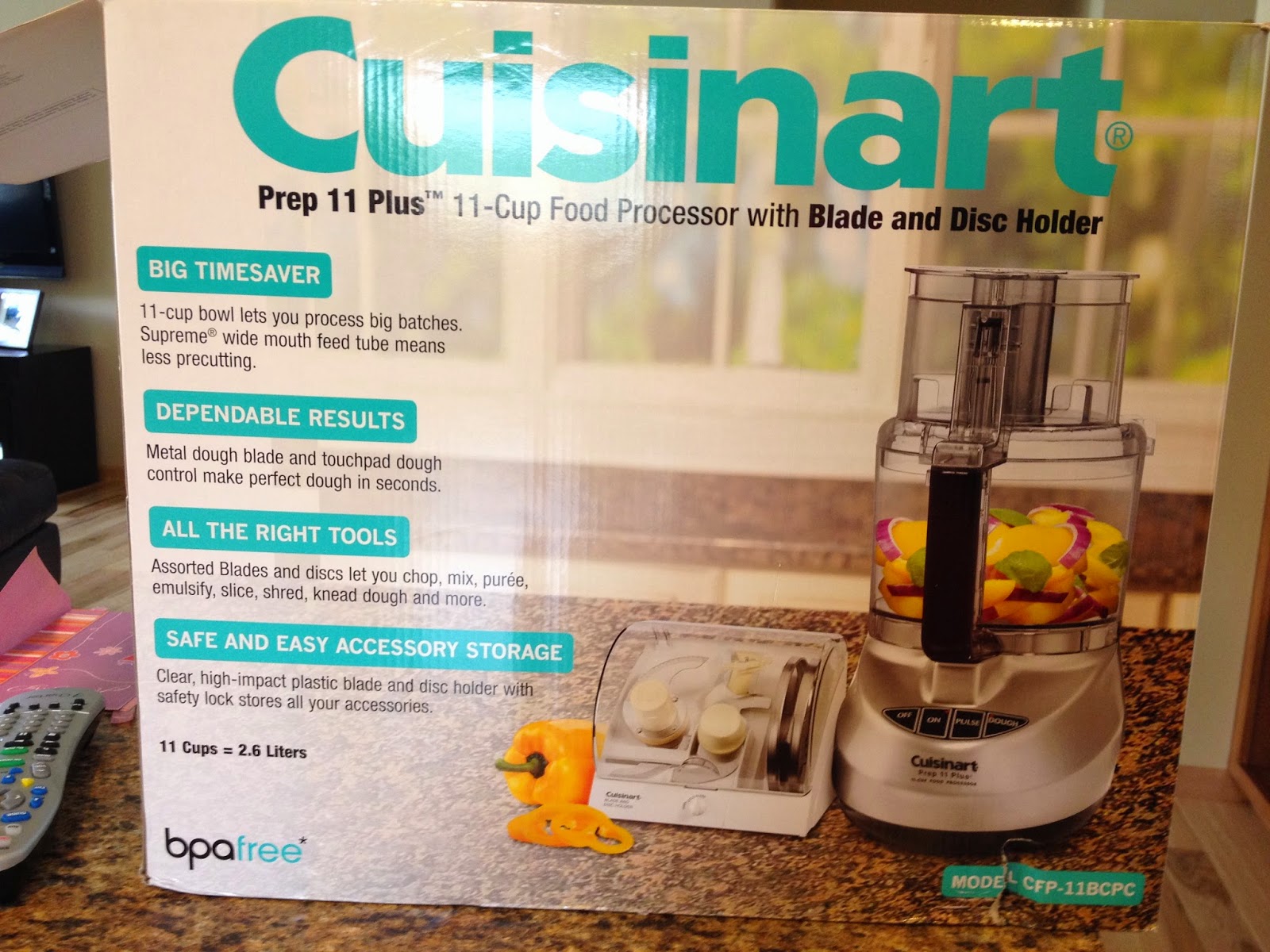 Ugly and drippy, but so, so, so good. 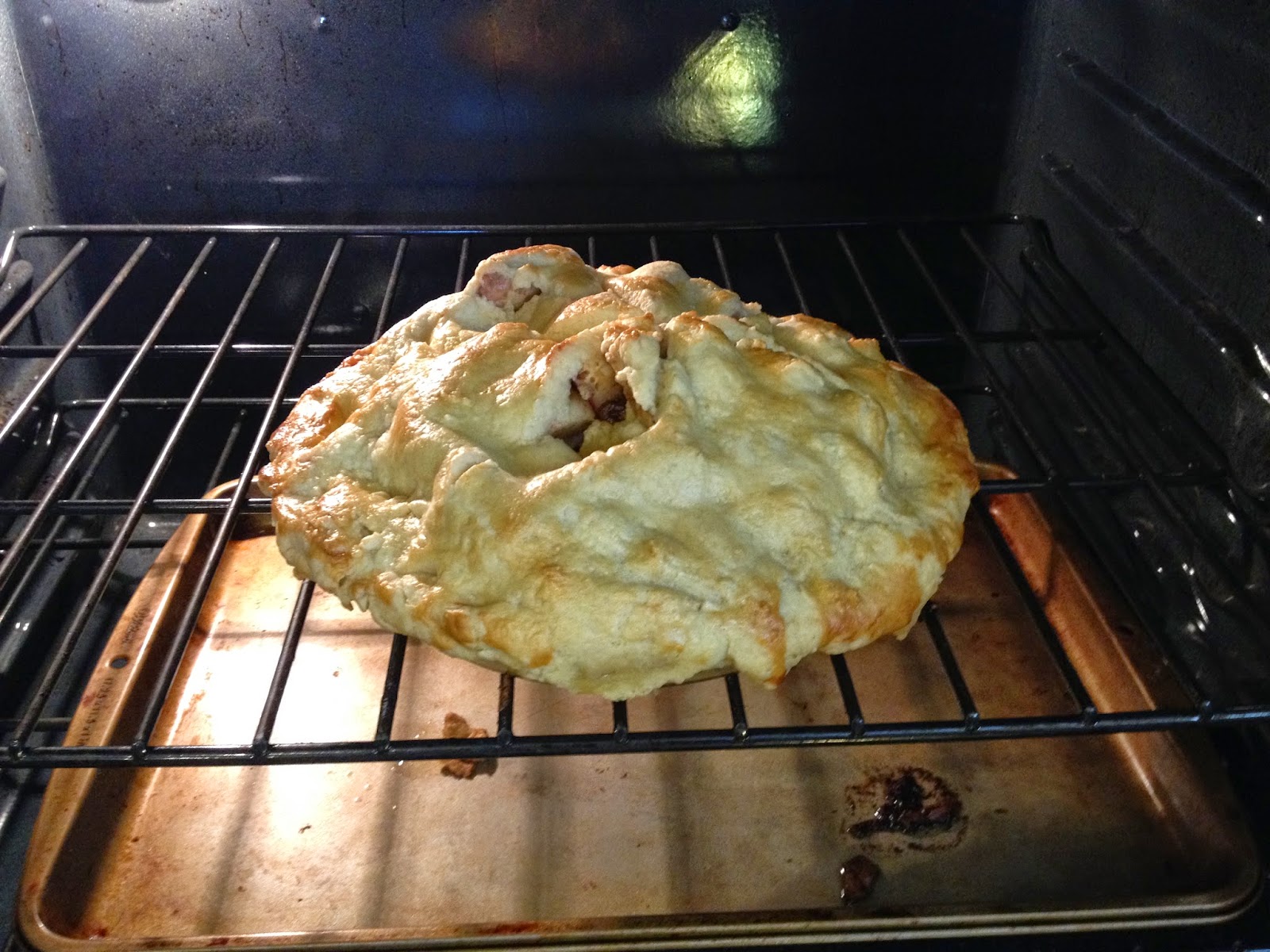 Love the fall photos! Kind of jealous of your seasonal weather, and I HATE being cold!

And also, Harry's self-inflicted punishment is great. What a good kid!

Everyone looks so big! And I'm with Becca. I tried to muster empathy for your coat wearing, but all I got was envy. It was 95 here, again. Stupid drought-y California winter.