I have been up since 5:30 to grade for my online classes, and you know what? I AM STILL NOT DONE.

But no matter.  I need to stop now because I have to work out before swim lessons this morning.

Lately, I am working out because I like it and I like how it makes me feel, not for weight loss.  Because I CAN'T LOSE WEIGHT.  I have tried everything except eating less.  Ha!  When fall comes, I am going to buy awesome new clothes not because I am skinny but because it is fall and fuck it.  This is the size I am.  For now at least.  Not eating (many) carbs has made me eat so many more vegetables.  You would not believe the amount of greens we go through around here.  I am feeling pretty healthy and awesome despite the number on the scale, so I think that's a win.

Speaking of WIN--- Cooper is no longer wearing diapers.  I would say potty-trained, but that would imply some sort of parental effort, and really?  We started putting a diaper on him the other morning, and he said, "No.  I go potty."  And, yeah, pretty much.

Today it is Monday, and he is wearing Baby Gap Monday undies.  I have missed seeing impossibly small underpants in the washer since the boys grew up and started wearing boxers.

Look at her shadow! She looks like a teeny monster! 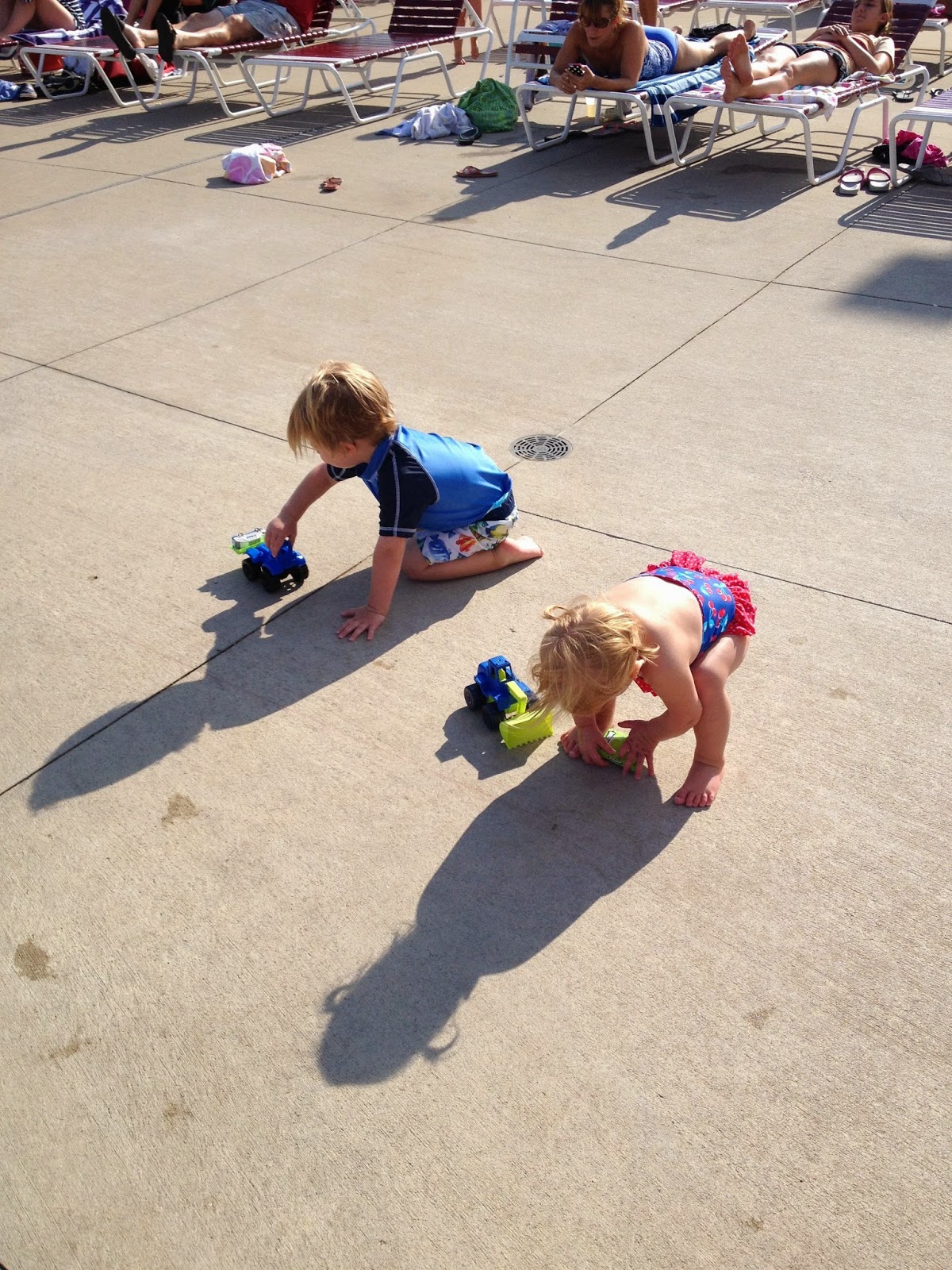 They played trucks for a long time last night while I lounged on the warm cement behind them, Harry played football with a bunch of rowdy kids, and Jack went down the water slide a hundred times. 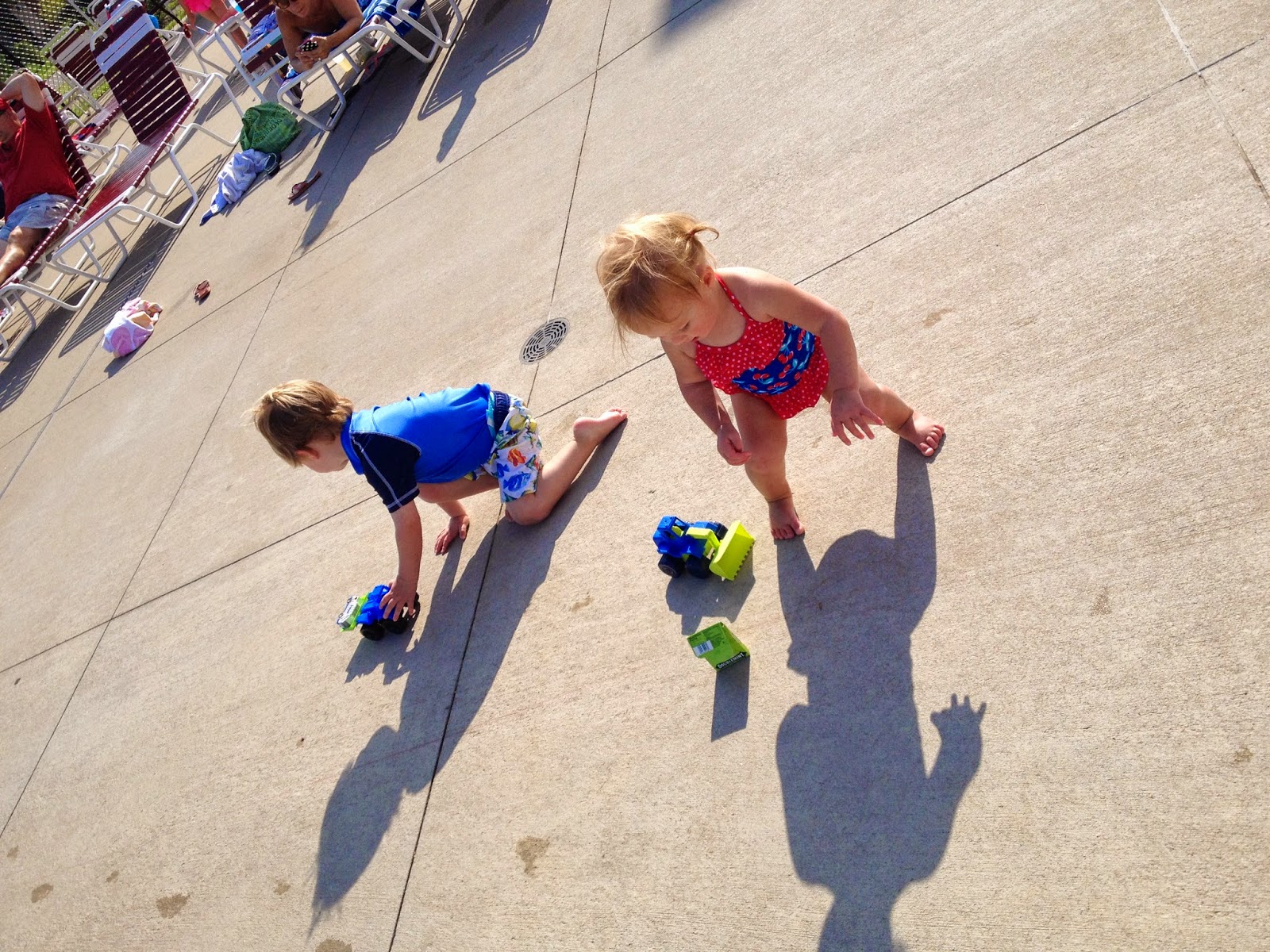 Then they all had a popsicle, mainly because Cooper was having one because he fell down on his way to the potty and smashed his face.  But still made it in plenty of time! 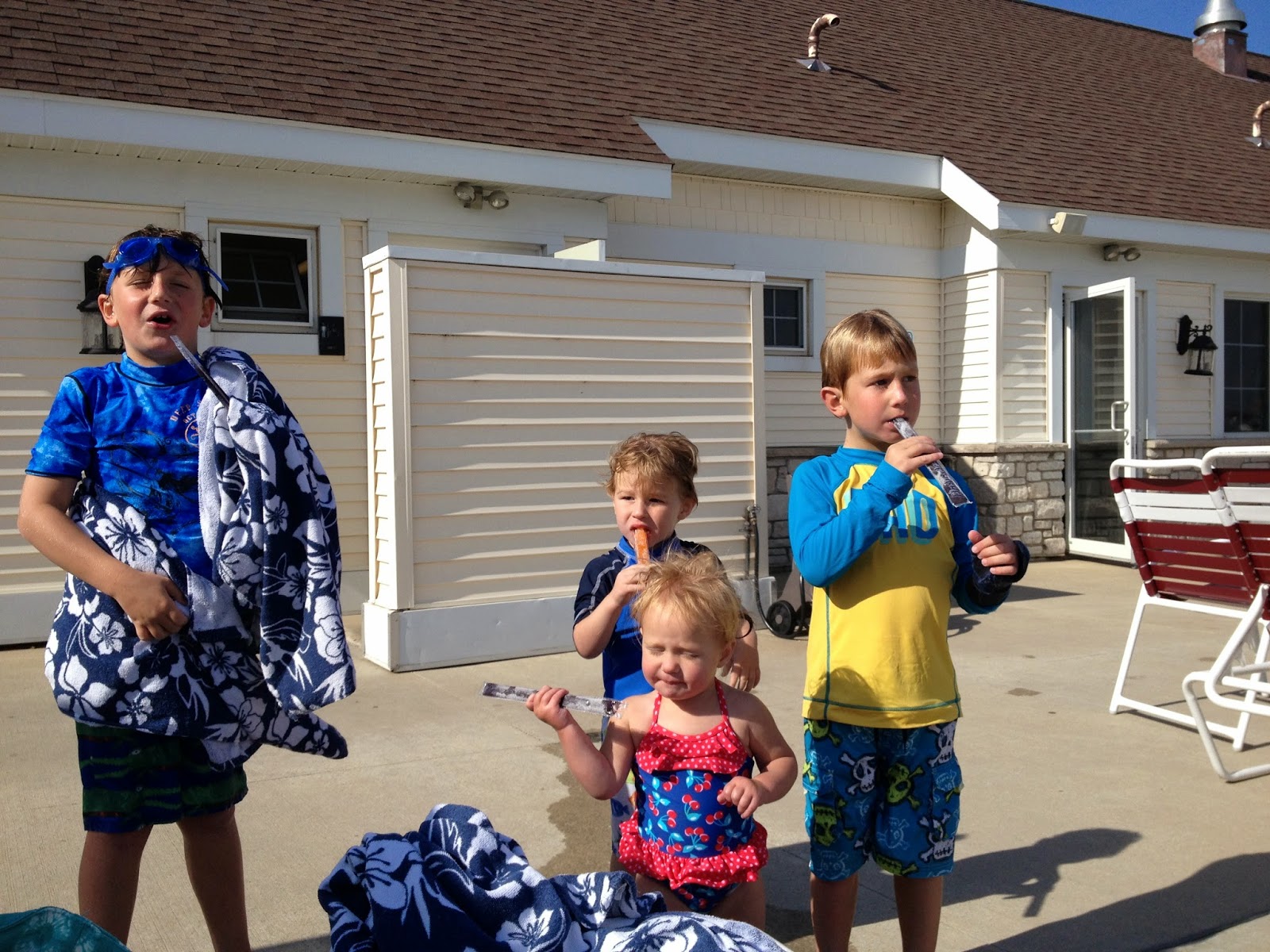 Jack's outfit yesterday: an open bathrobe and  the bottoms to a dinosaur Halloween costume. 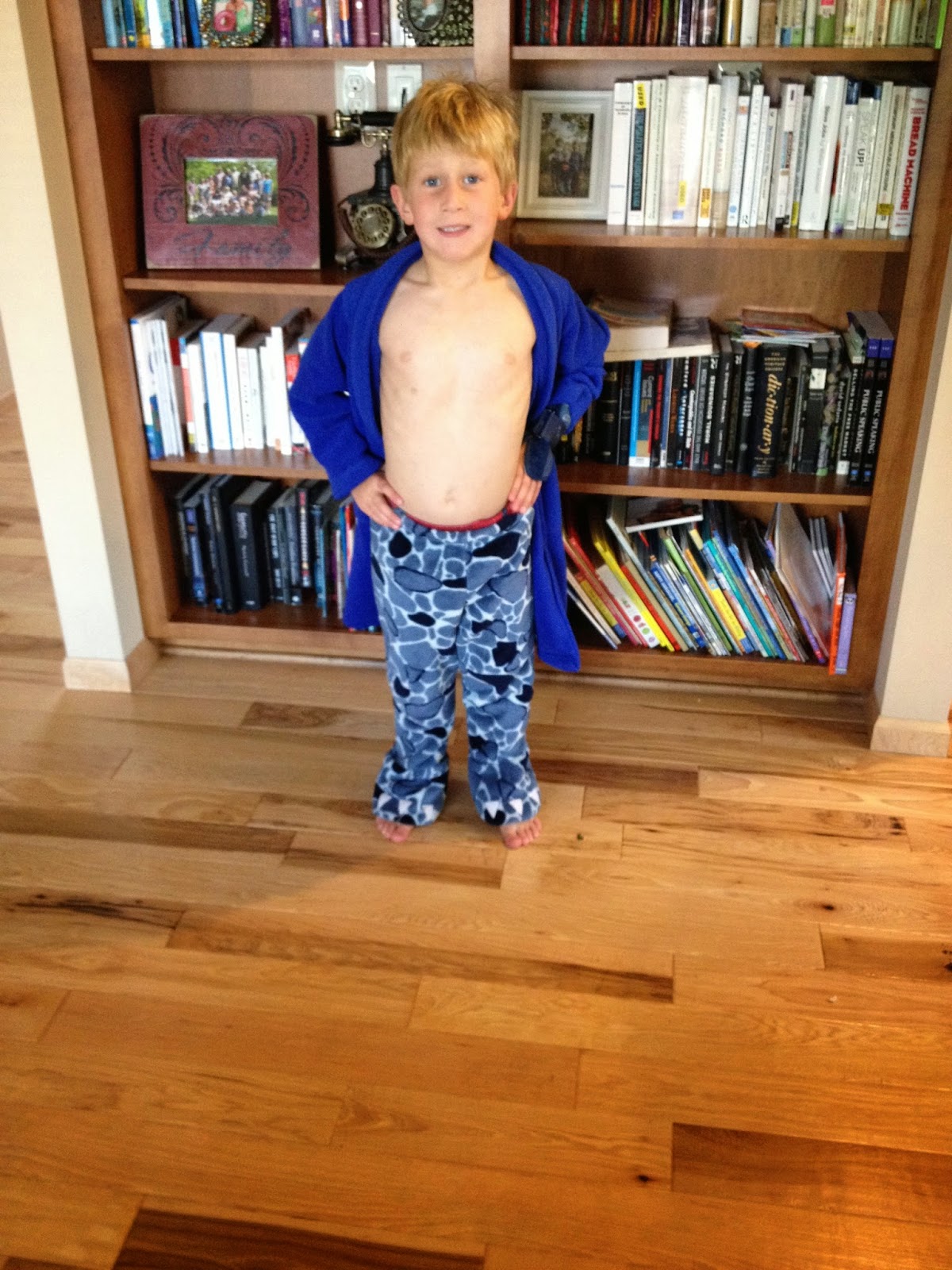 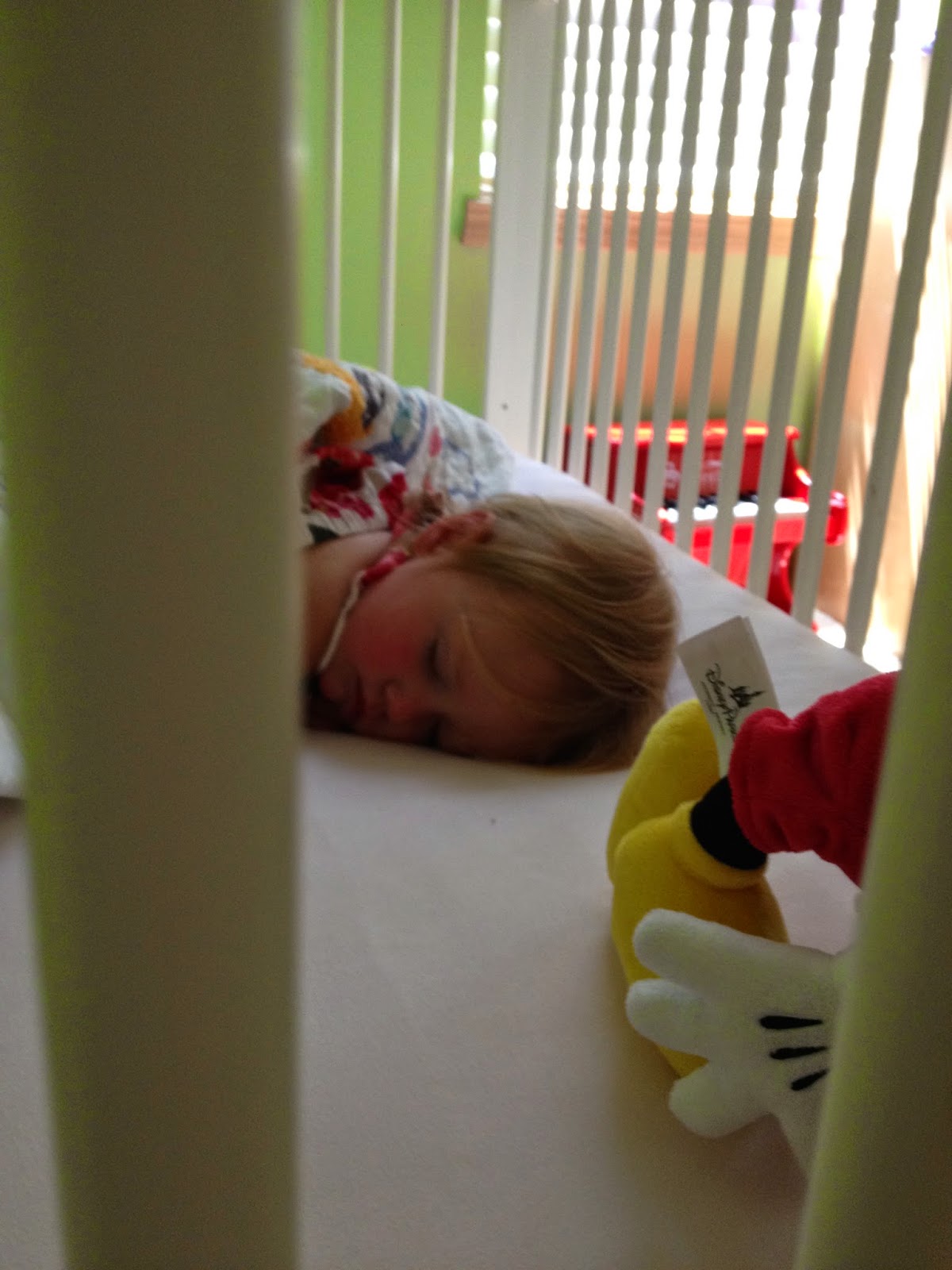 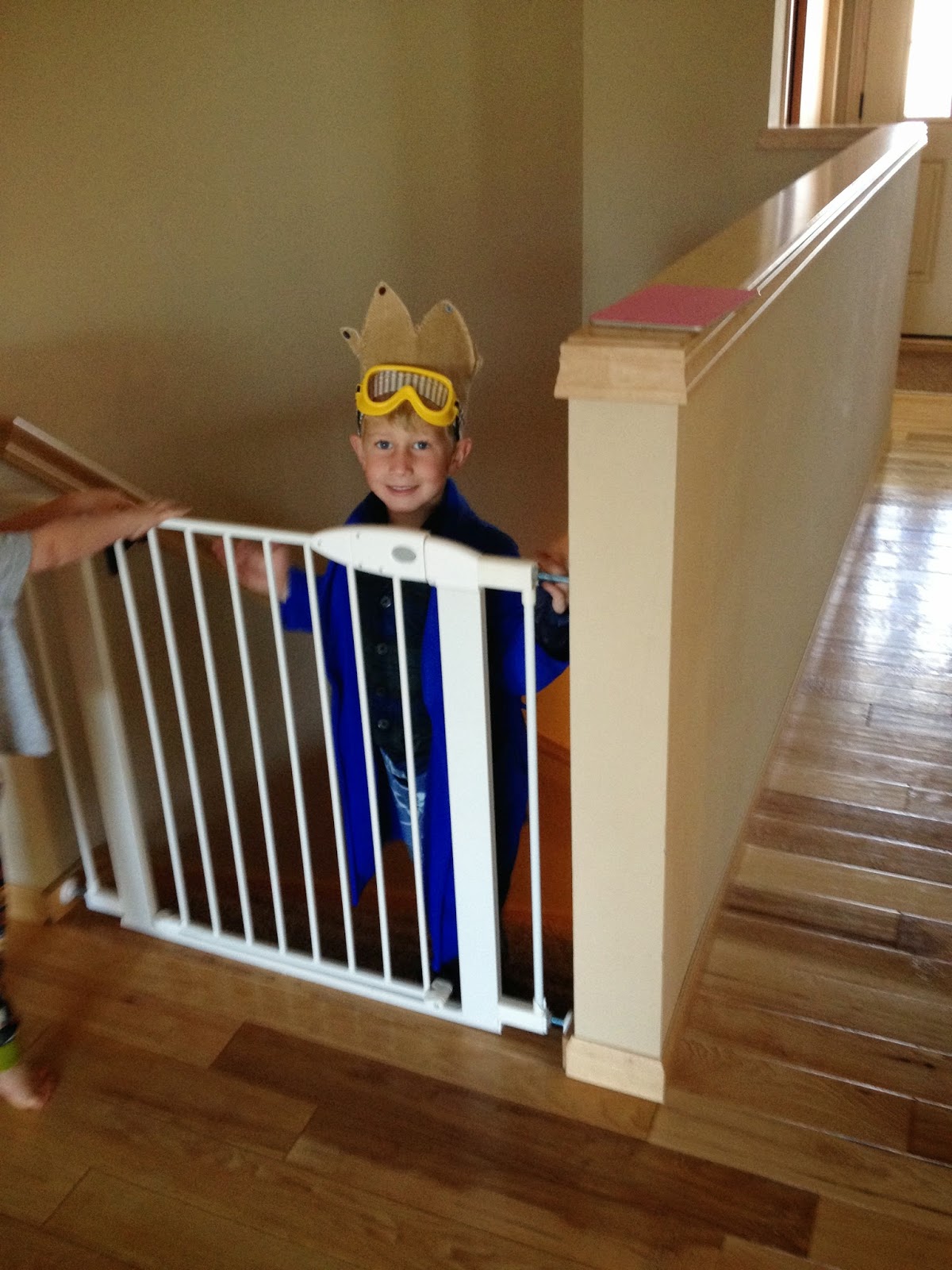 Congrats on Cooper becoming a real boy! Now what happens to those cute mustache diapers that just arrived?