Coming down from cocktail hour, but not quite bedtime

I saved up a bunch of work to do today and planned to go to the library first thing in the morning. Then I realized I needed to be home to put Dorothy down for a nap by lunch time, so I decided to spend the afternoon at the library. We went along our happy little way this morning. The big boys to gymnastics, the babies and Ben downstairs where they played with toys and worked online, me upstairs to clean up the breakfast rush and then to the basement to work out.

As I was sitting in Dorothy's room feeding her before nap and after the kids ate lunch, Ben texted me to say WE MISSED HARRY'S CARDIOLOGY APPOINTMENT.Because whoever took him yo his last appointment forgot to put the next one on the Google Calendar (cough cough Ben cough cough).  Ben called back right away and they said they could cram us in at the end of the day today.  I had a minor panic attack because that meant I'd have to miss my work, but then we both realized that I didn;t have to miss work.  Ben had to take the kids to the doctor.  All 4 of them.  And I headed happily to the library.  IT WAS SO GREAT.  For me.  Looked pretty shitty for Ben.

The kids happily told Harry's doctor that we're getting a puppy (SPOILER ALERT:  WE'RE GETTING A PUPPY). She said oh don't tell my kids about that.  Ben said something like oh, I bet if your kids saw a doctor like you all the time, you;d buy them a puppy, too.  And then she said, oh my gosh-- there's nothing wrong with Harry;s heart-- you don't have to buy him a dog.   Ha! And also:  too late.

Dress up.  I honestly can't tell if that's Harry or Jack, and I don't remember what the hell was happening or what day it was, so I can't even use context clues to help figure it out.  Pretty sure it's Jack because Harry's ribs don't stick out. 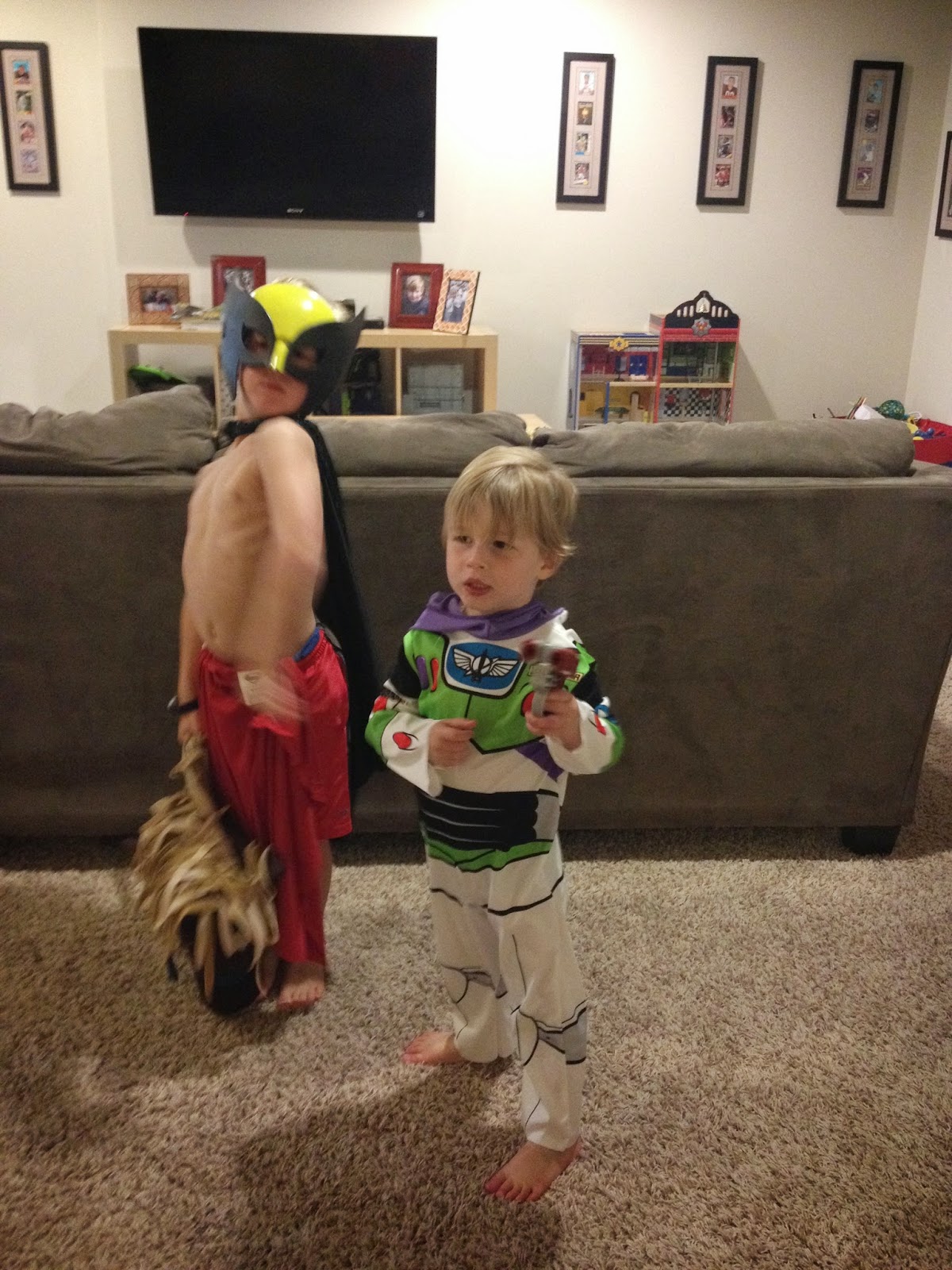 Cleaning out all our shit in preparation for the puppy and her stuff and her liking to chew our stuff, I found these matching pajamas that used to be Harry and Jack's.  Love them. 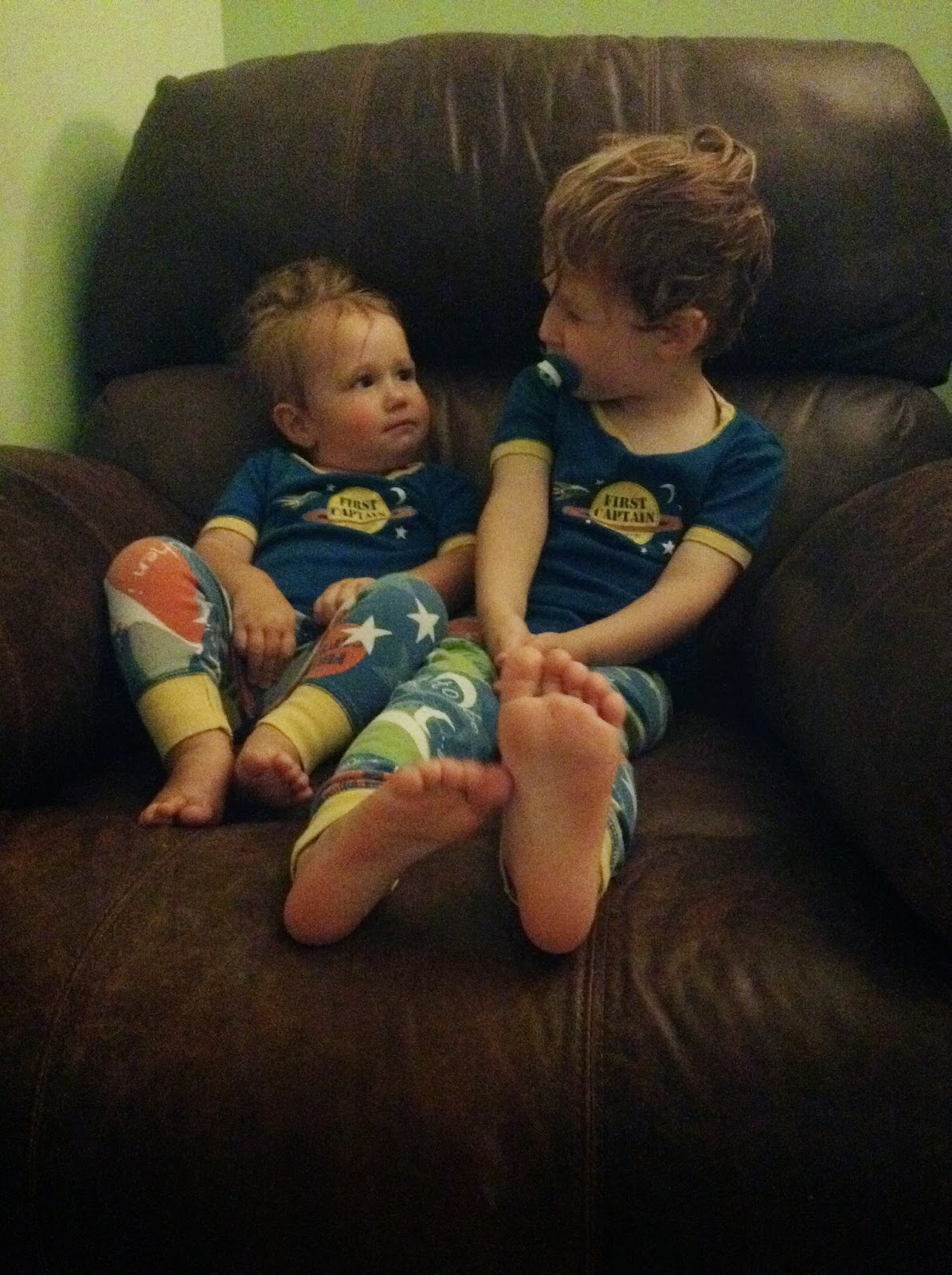 These 2 are a funny little pair. 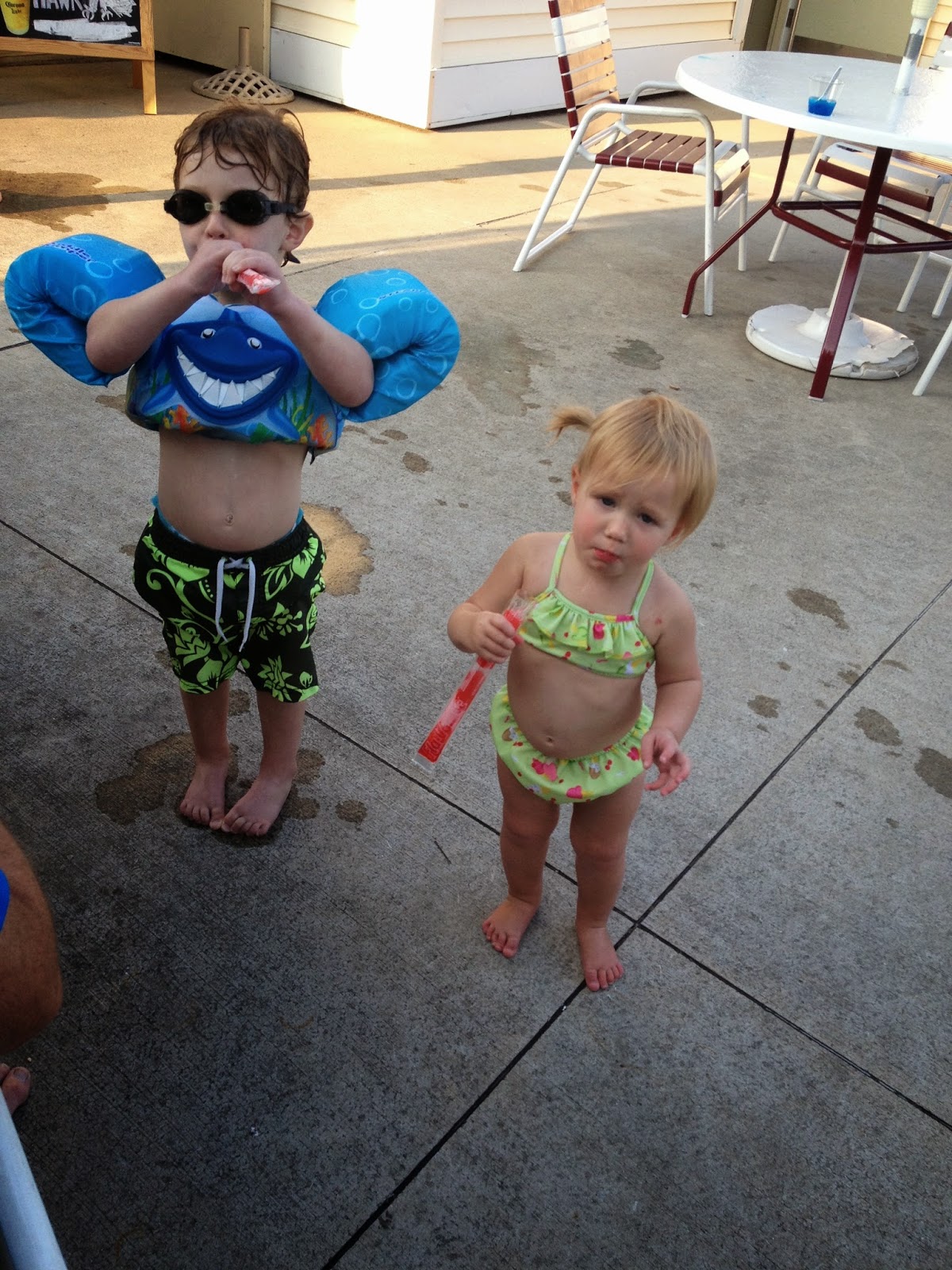 Cooper had the shallow end to himself during swim lessons.  He loved it. 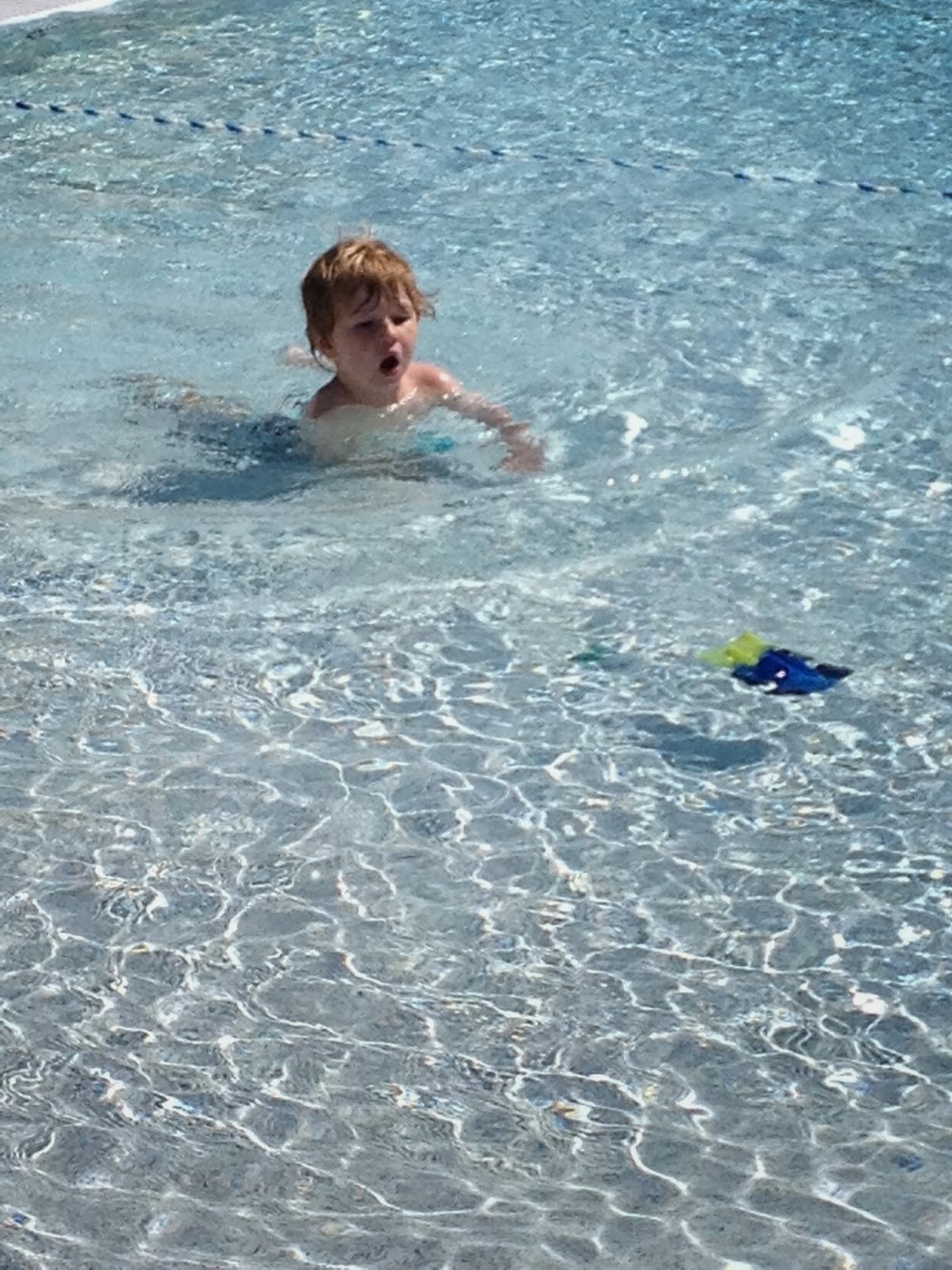 I took all 3 boys to the pool the other afternoon and it was so fun!  Cooper swam in the deep end without his floaty, and he kept doing cannonballs.  The first one caught me off guard because I was a few feet away from the edge waiting for him to jump out to me, as he had been doing, and he jumped straight down right next to the edge.  I couldn't even see him to fish him out because of the big splash.  I waited a second for the water to clear, and he popped right up laughing.  SCARY SHIT because he can't really swim at all, but that does not stop him. 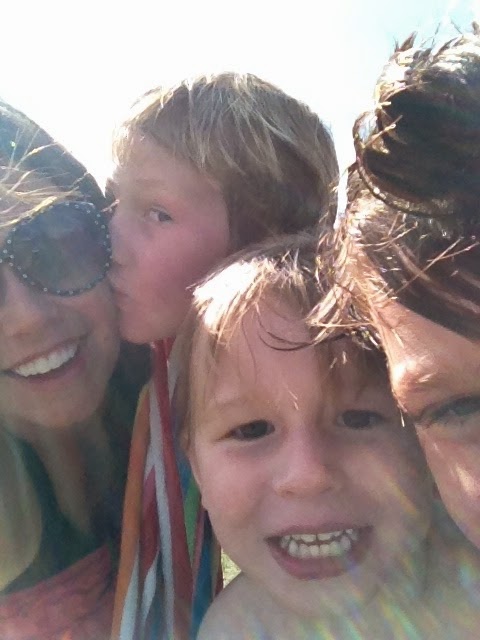 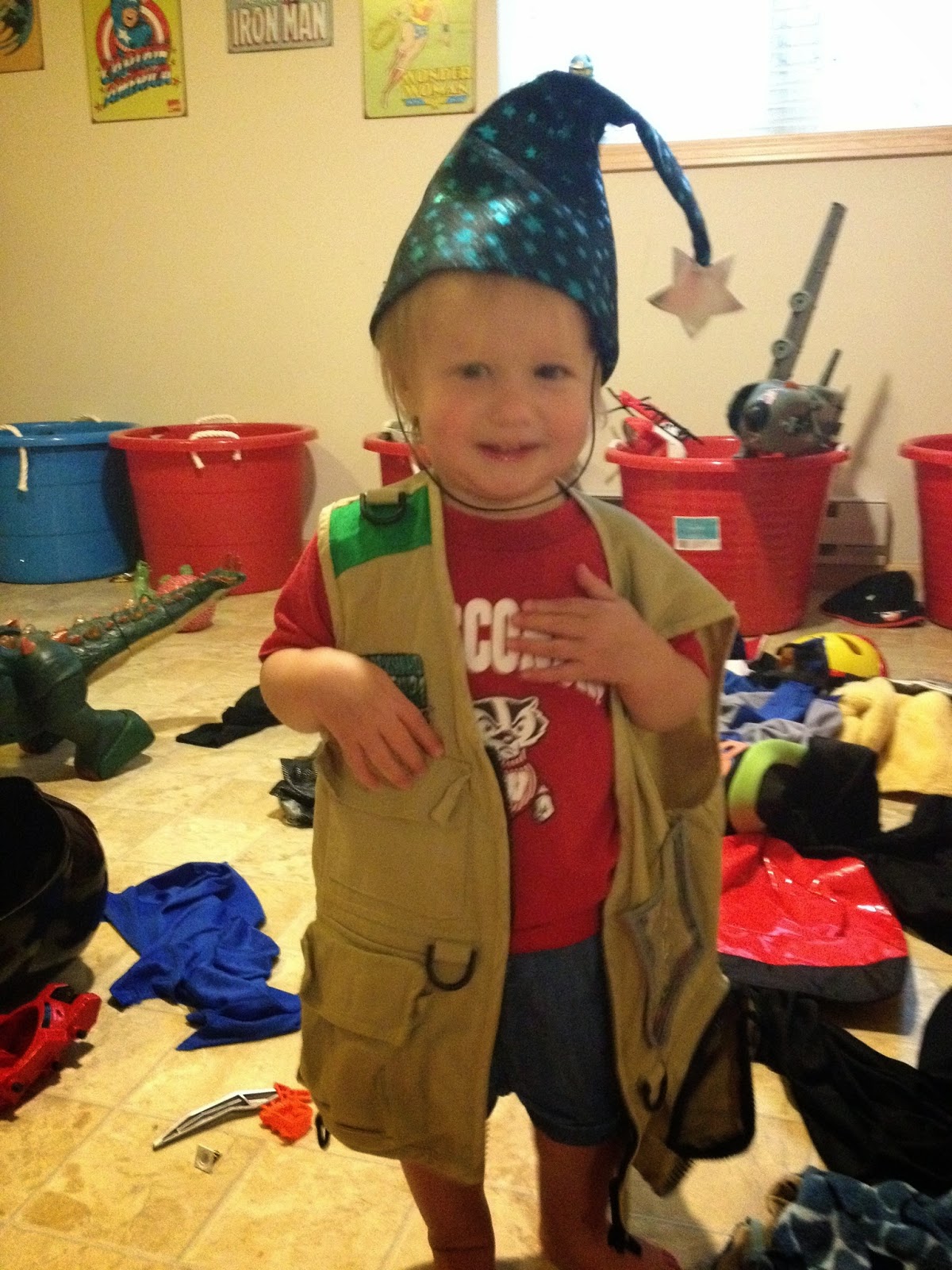 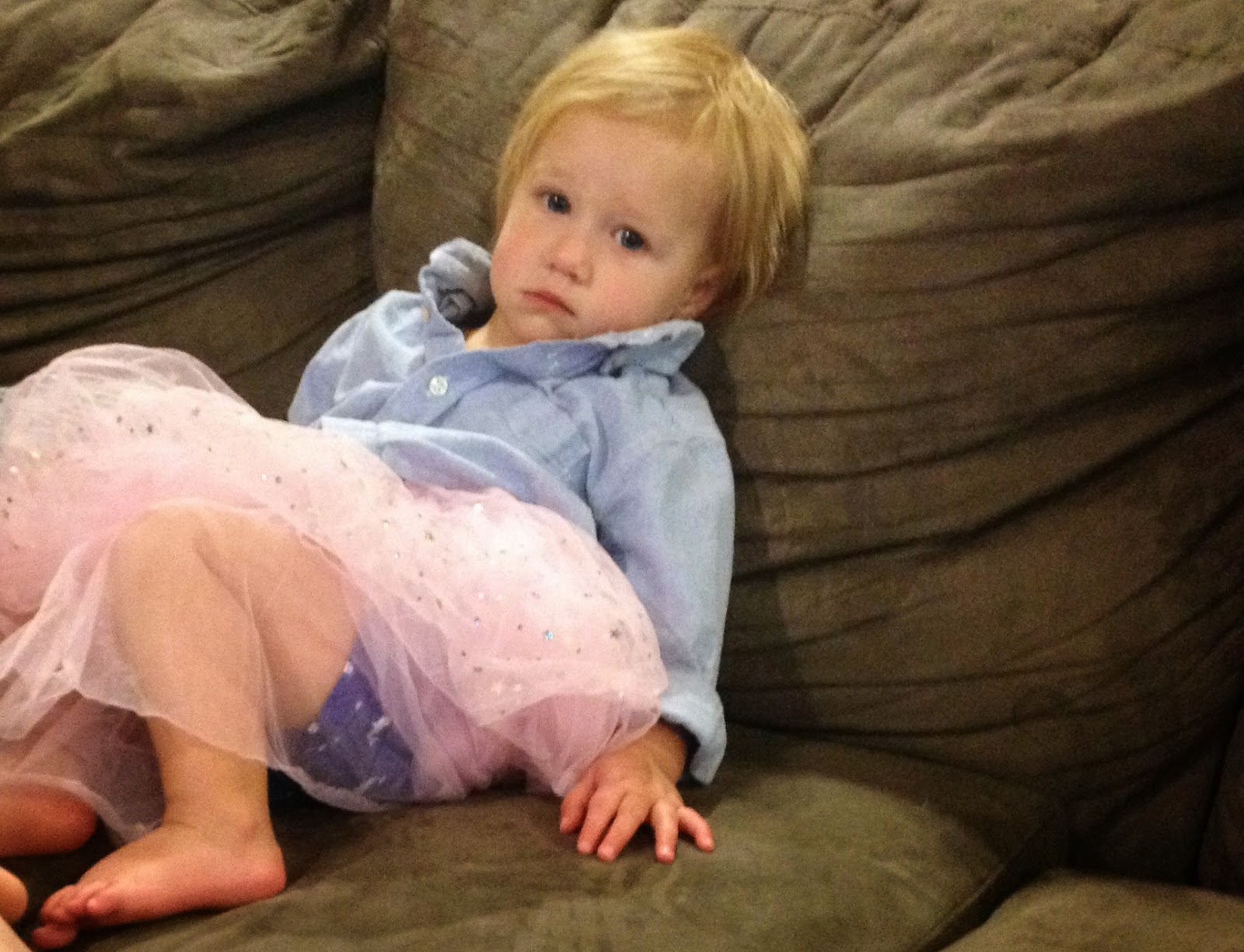 Dinner tonight.  I definitely had a huge margarita.  It was lovely. 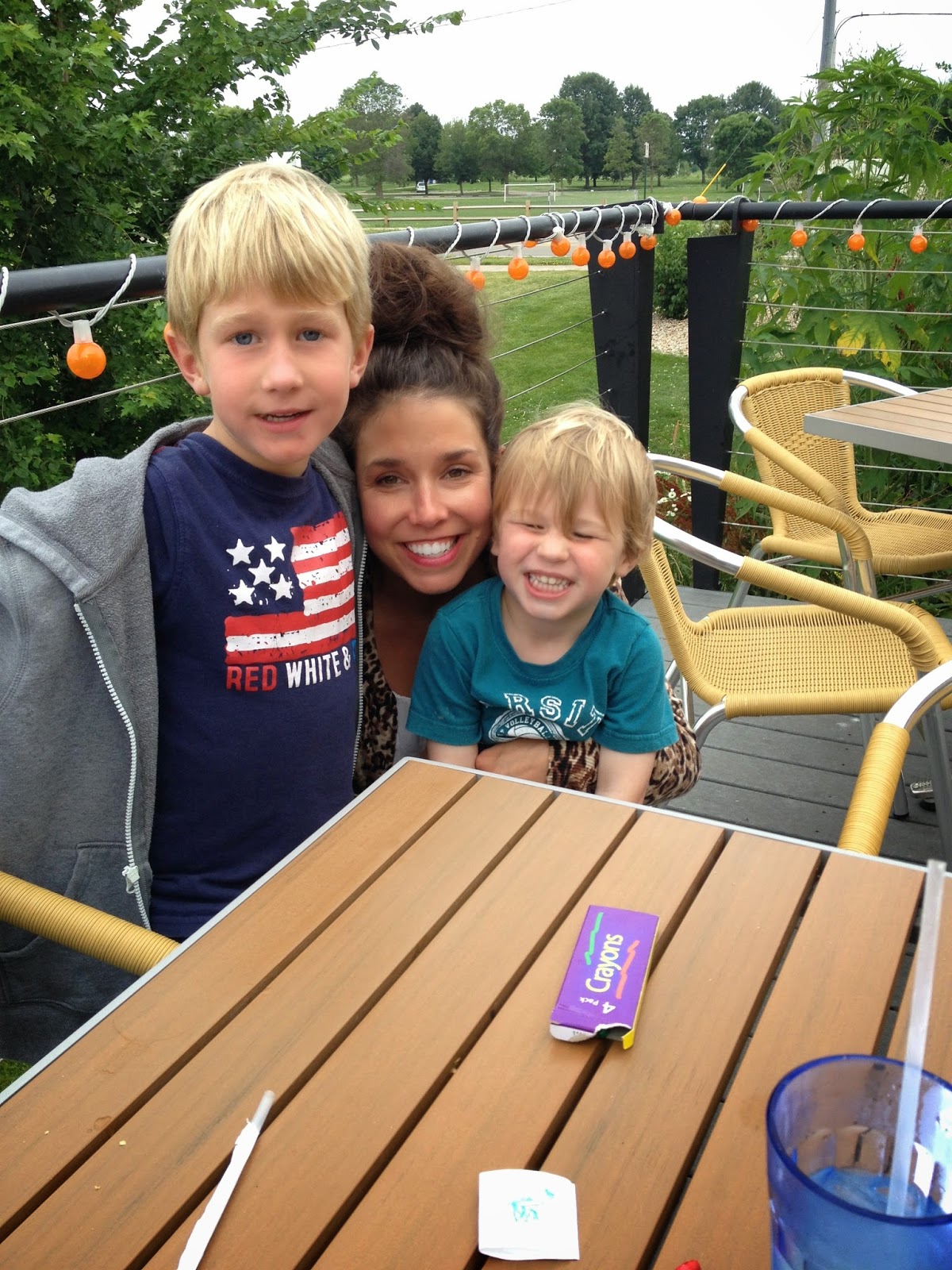 Ben was thisclose to drinking beer with a straw. 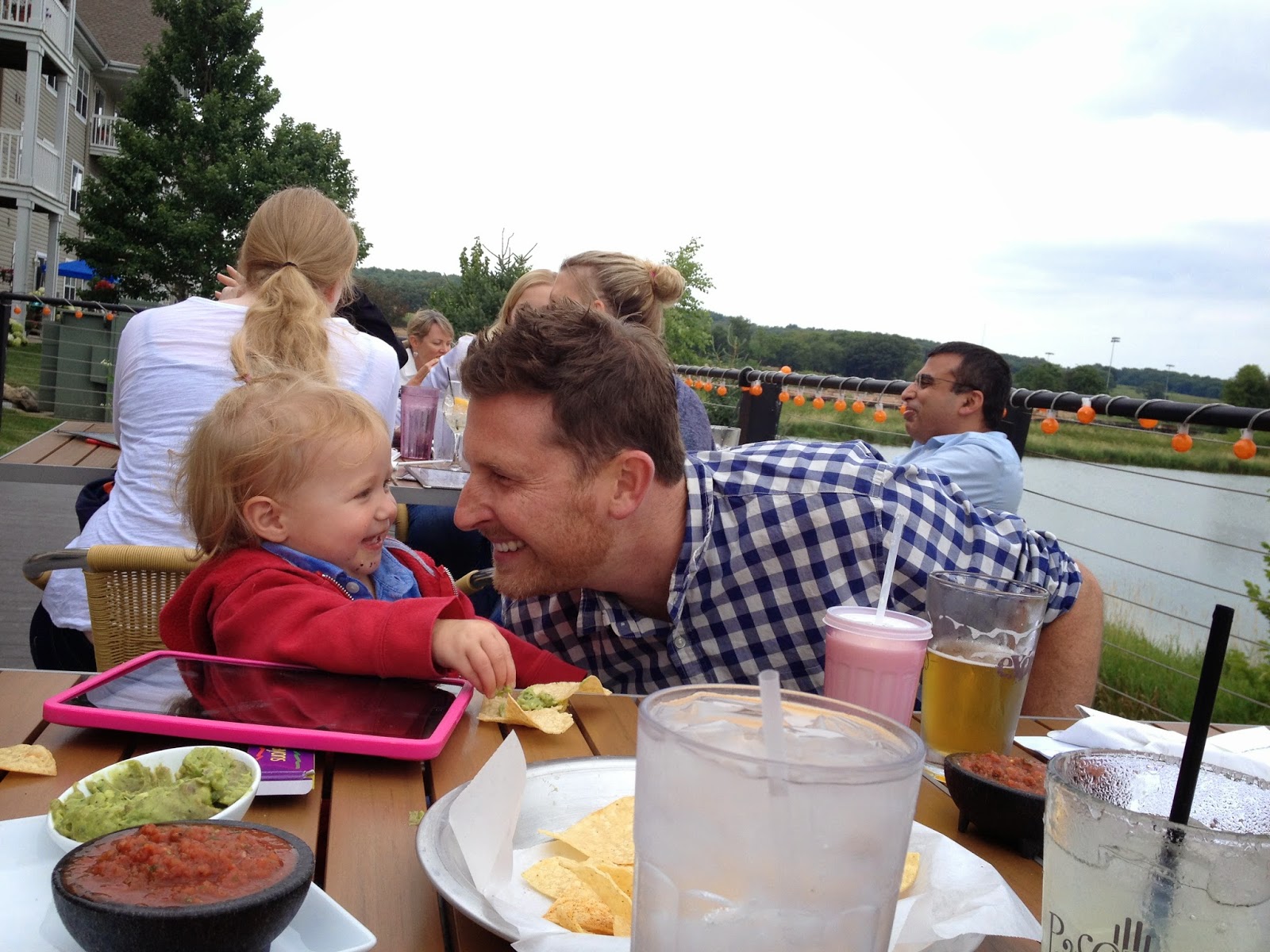 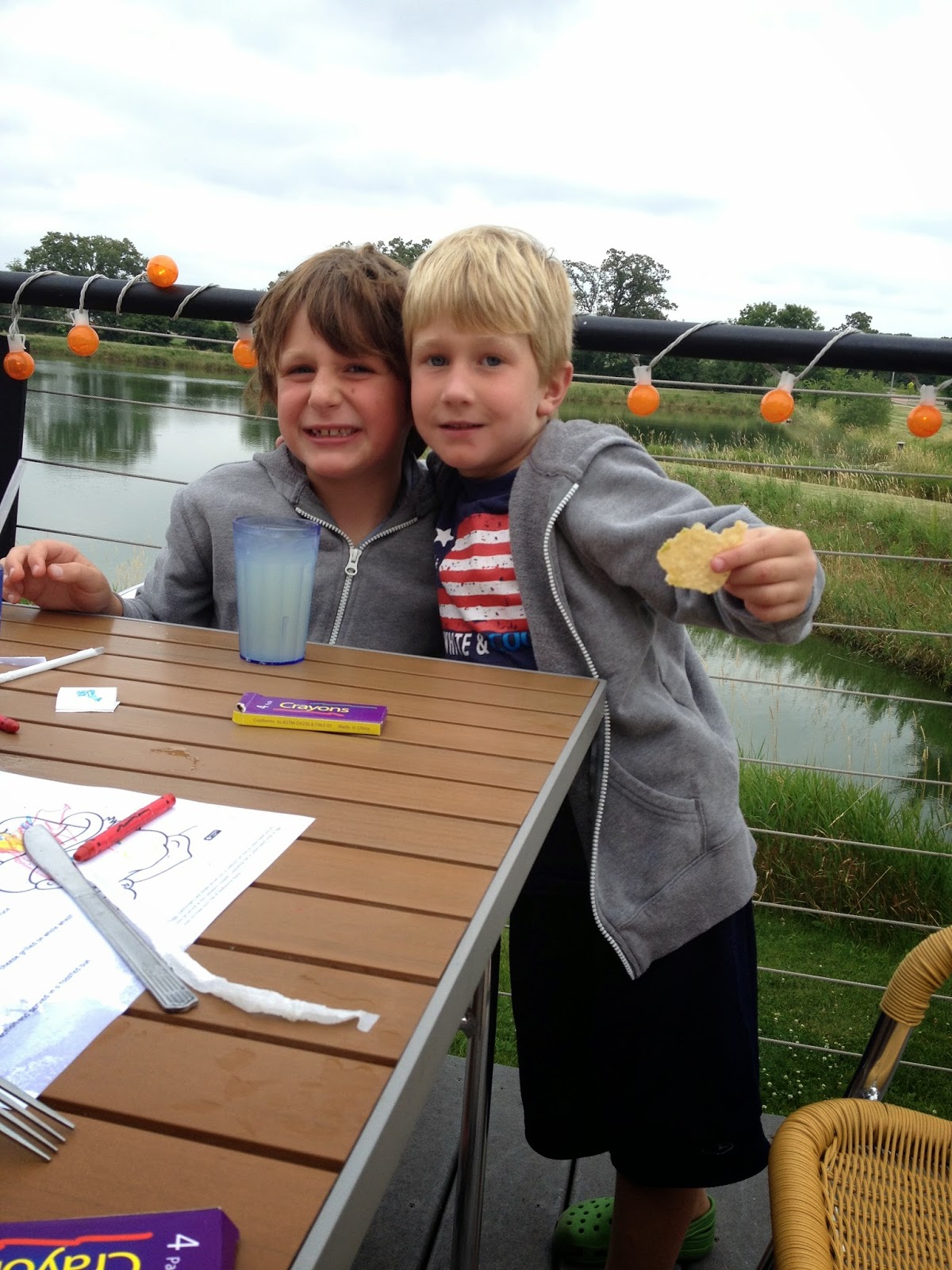 OMG.  Ben texted this picture from the doctor's office.  He asked her not to eat chalk. 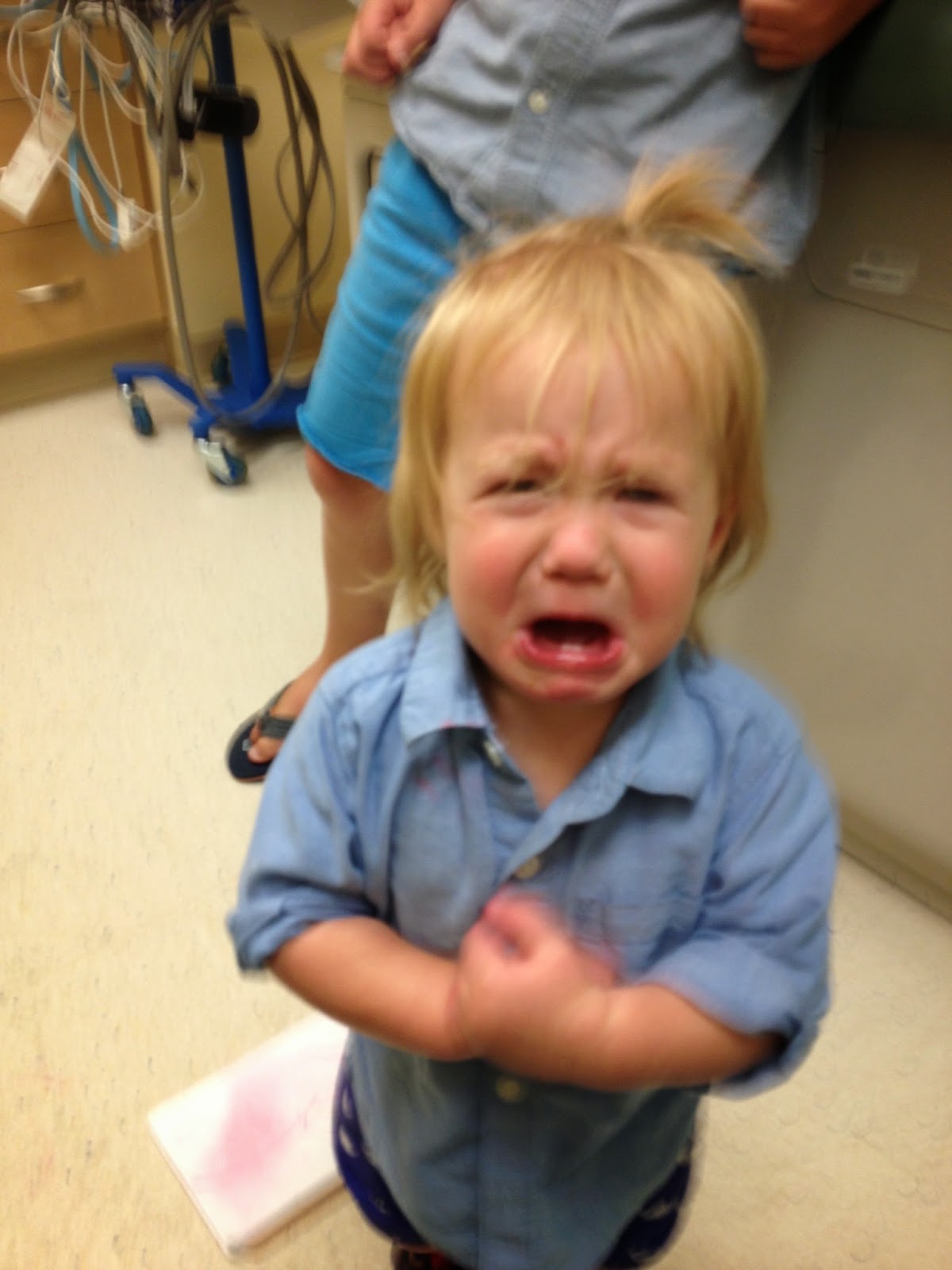 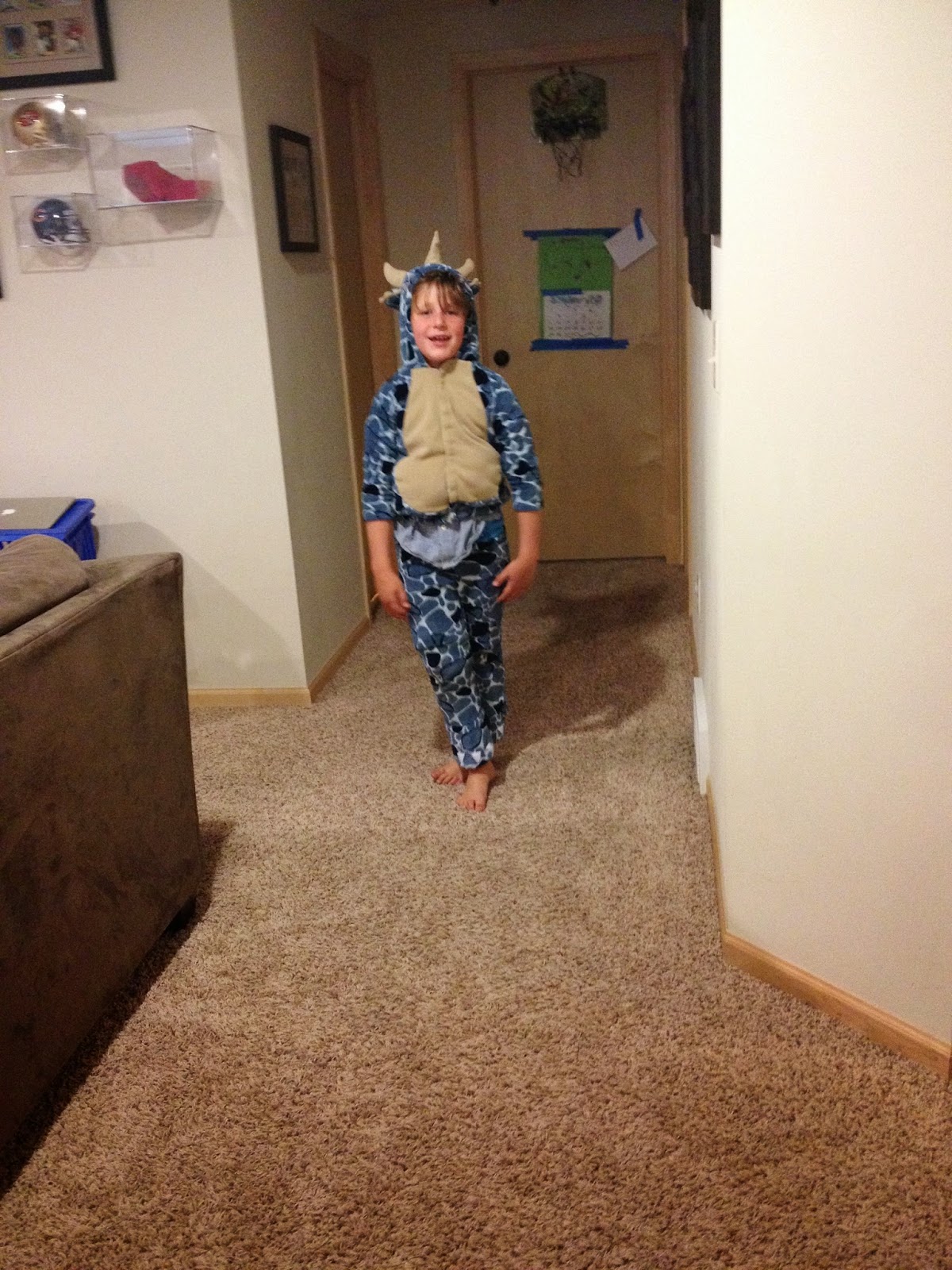 Playing with bricks in my workout dungeon. 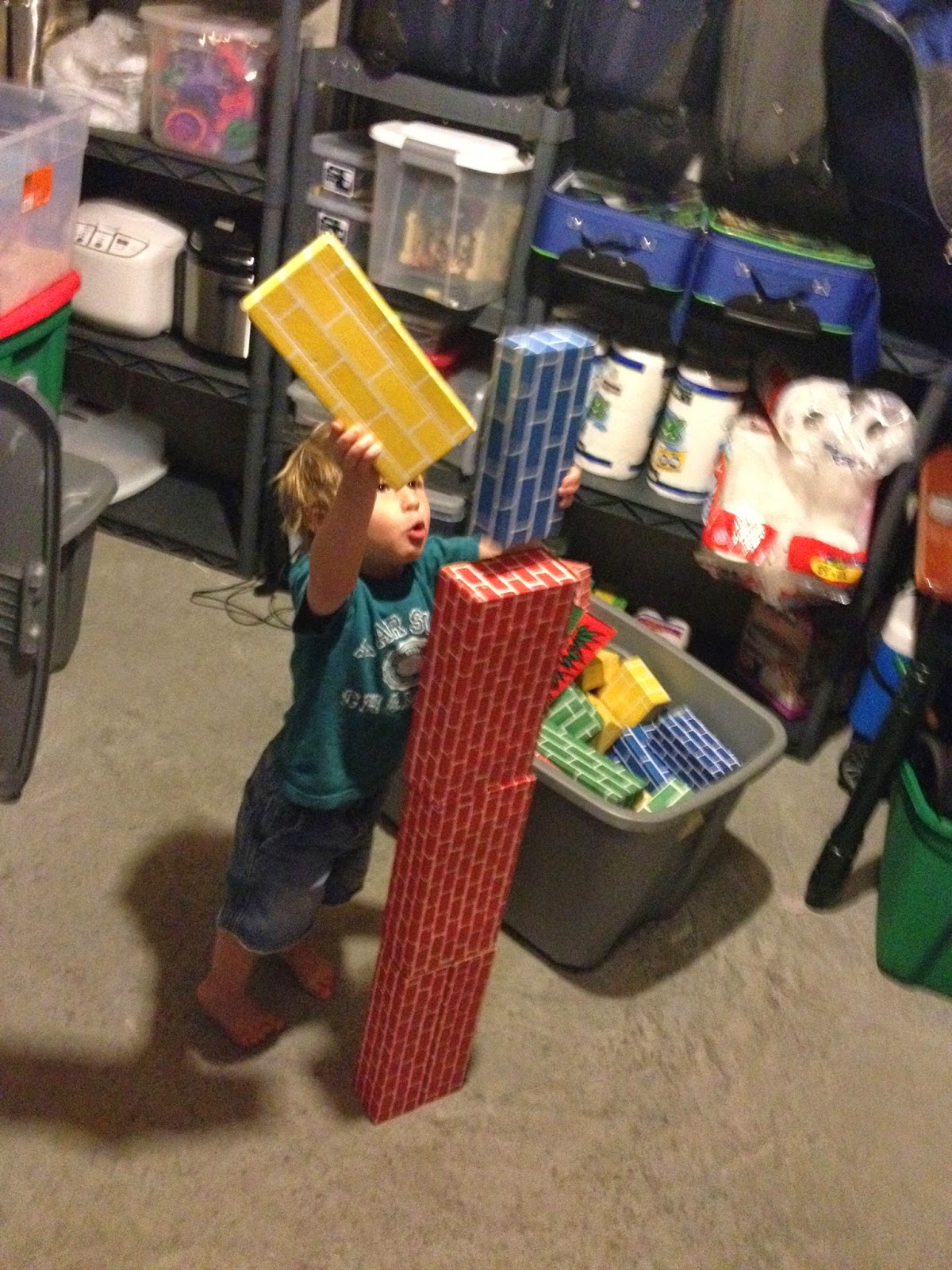 Coop grabbed my phone at dinner and took about 78 of these in this exact pose. 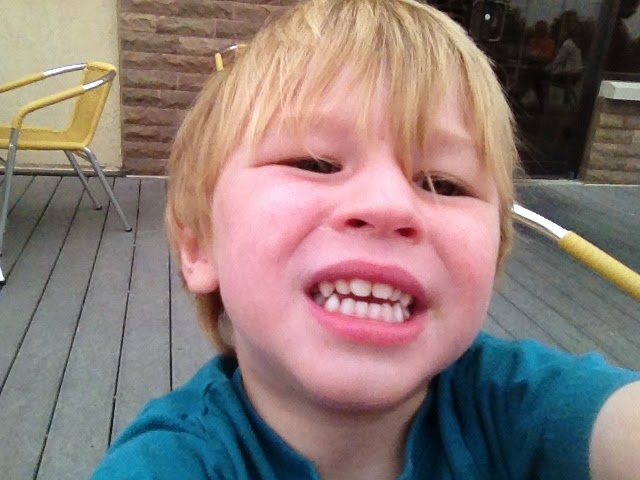 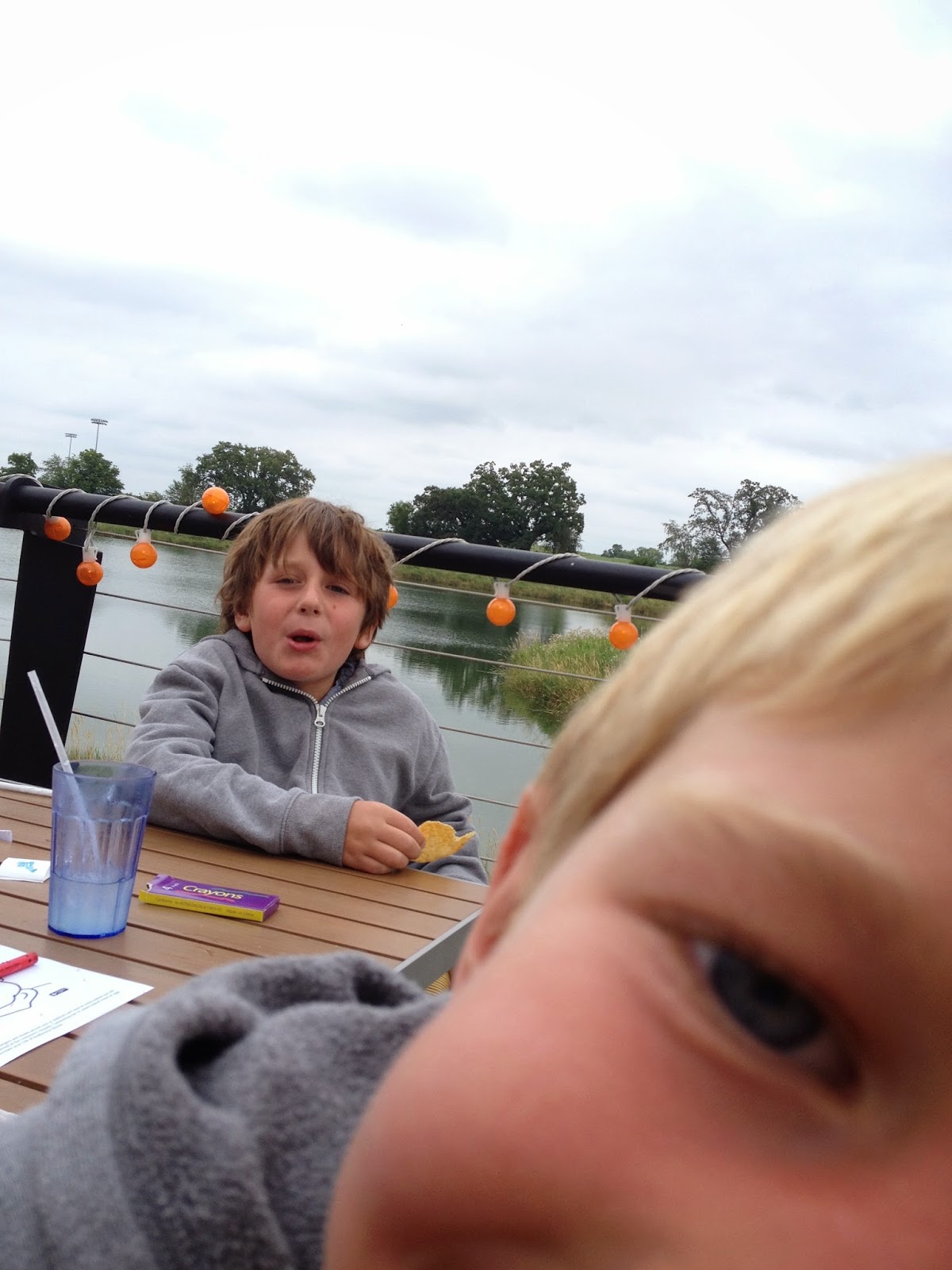 Puppy! I can't wait to "meet" her! Hide your shoes. And plastic toys. And pretty much everything else.

Evan found pictures of Juju from 3 years ago recently where she had a tutu on over every dress. I totally forgot that she used to do that! I love tutus.

I'd tell you you were crazy for getting a puppy, but we keep buying cats that poop in litter boxes in our house and scratching at my rug and basically causing me extra stress, so I'll just go with my second thought which is--I can not wait to see the adorable pictures of your kids loving on that dog!!!