Today in pictures (of the babies)

Dorothy found this ball popper in the boys' closet, and she loves it, BUT (and this is an important but) she cannot make the balls pop and needs someone to push it for her which INFURIATES her (except in this picture where she is happy as her usual clam self). 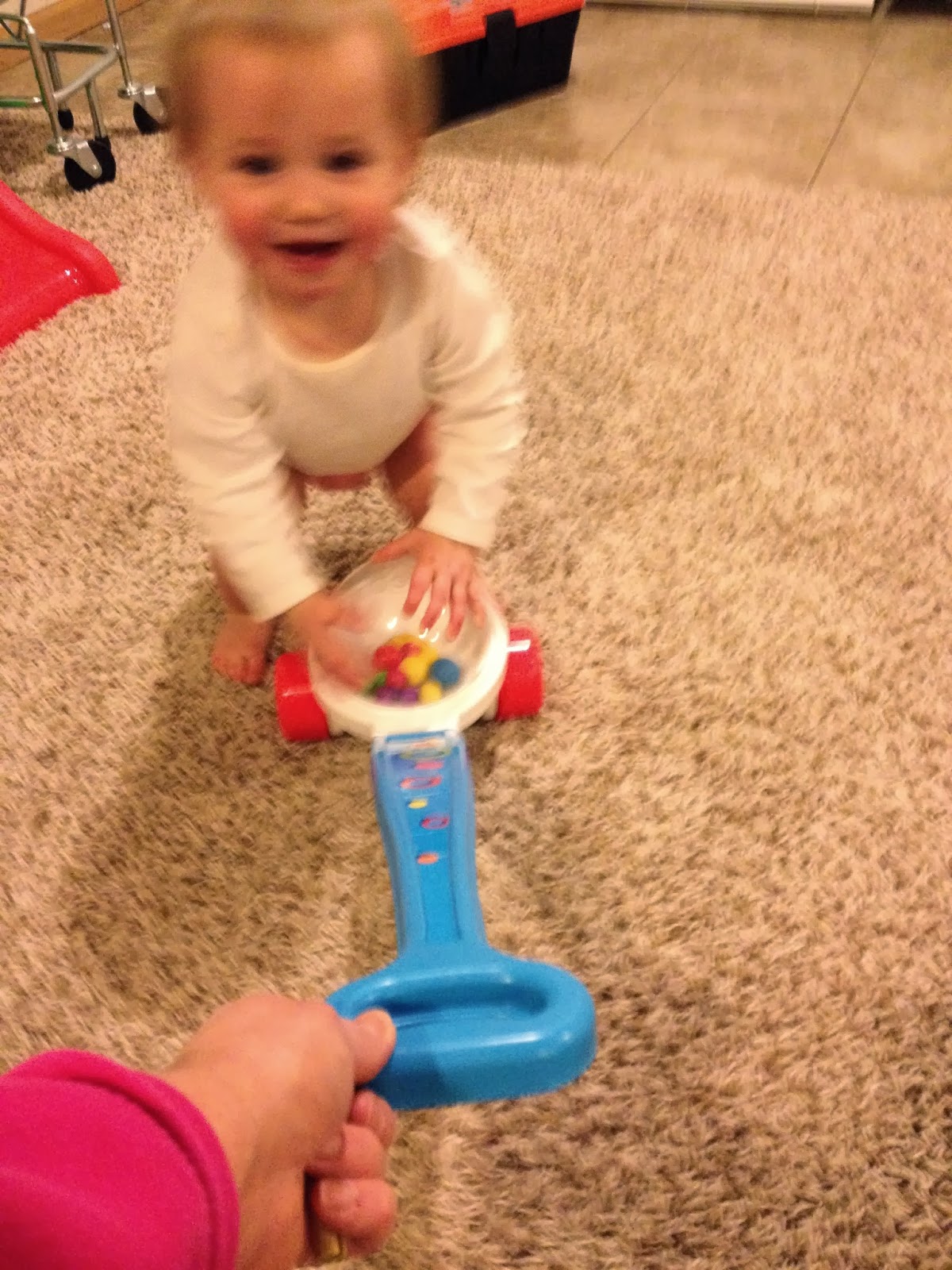 Cooper watched 4 Daniel Tigers today and was officially done with screen time, but he found Harry's iPad and immediately turned on Power Rangers and looked adorably guilty when I caught him (not pictured). 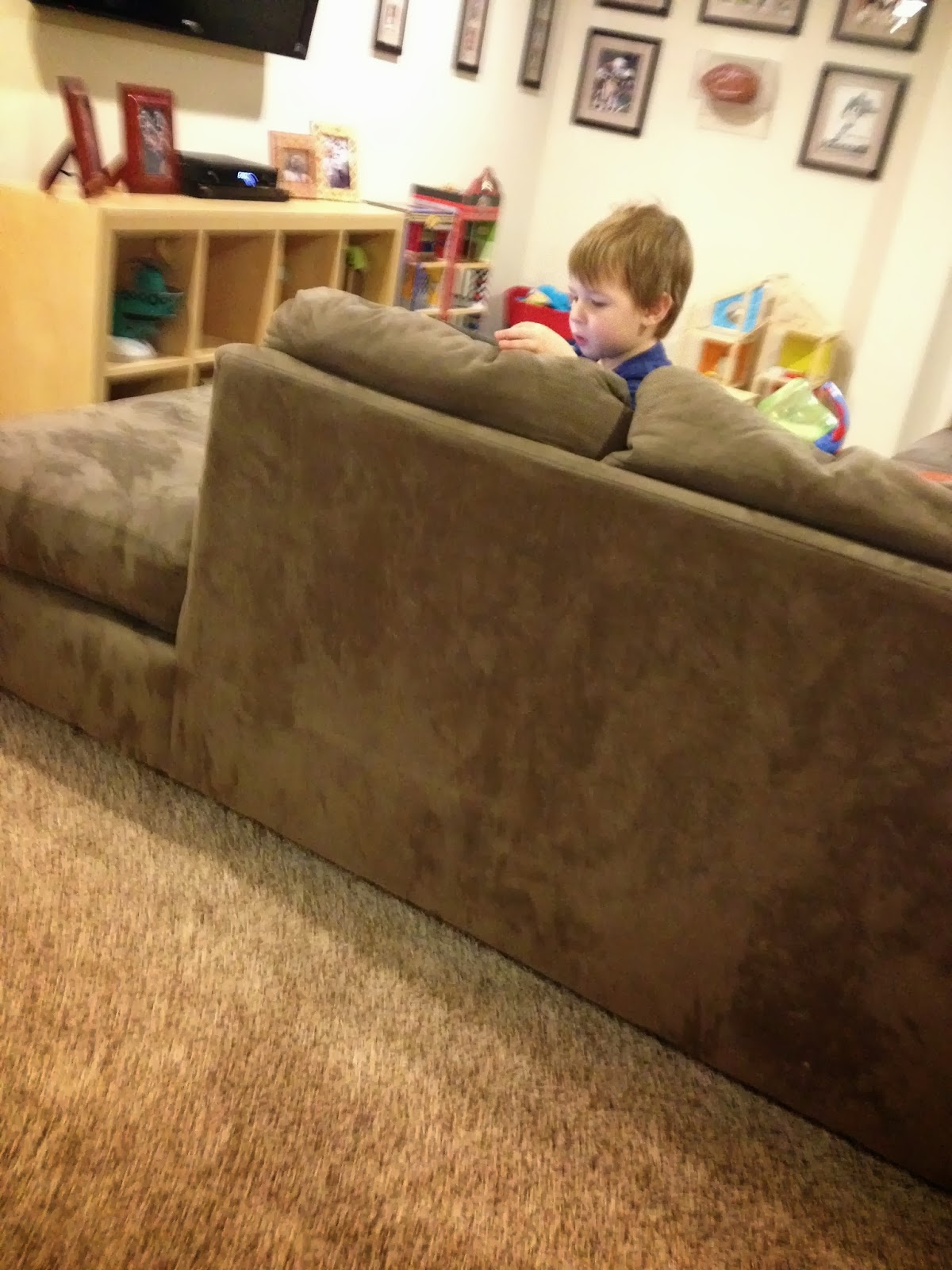 She defiles her clothes at every meal and has to take them off.  CAN YOU BELIEVE SHE WALKS AND RUNS?  She looks too little for all of that to me. 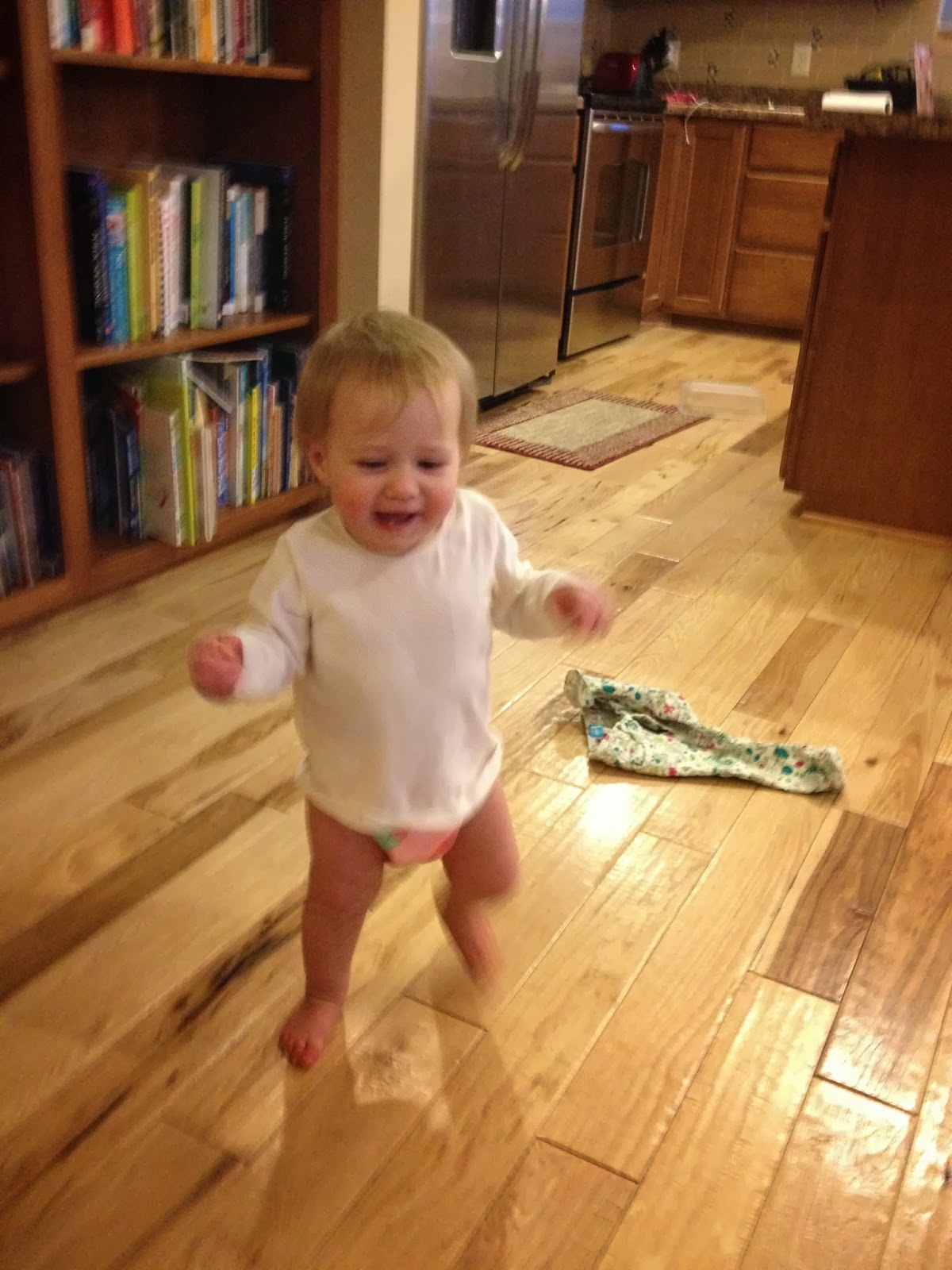 She has moved from puffs to Cheerios to processed cheese crackers.  My baby is growing up. 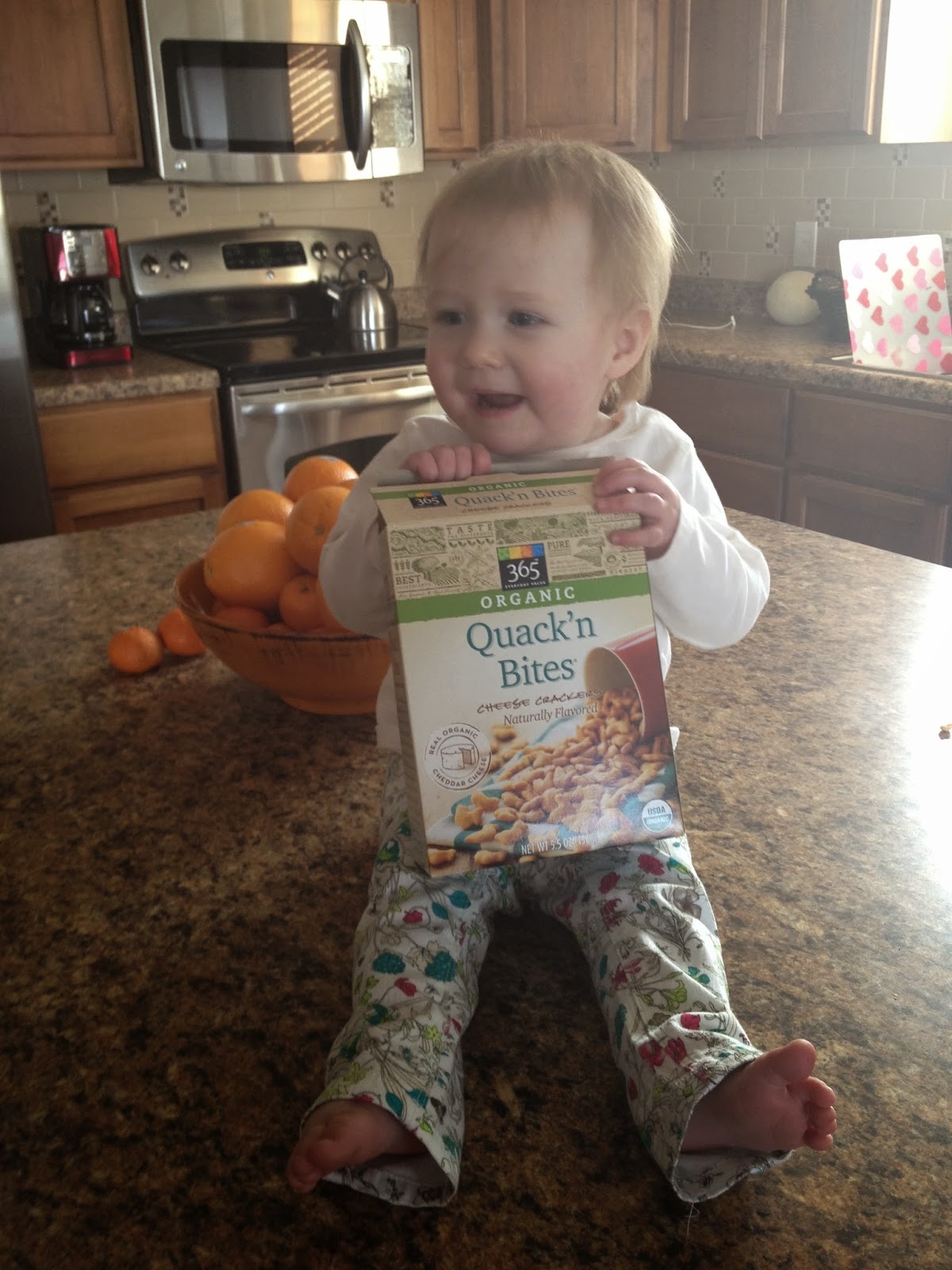 The usual Dr. Seuss birthday treats.  Ben and I both made a brief appearance in second grade to read our favorite books, too (I read Mo Willems' Goldilocks and the Three Dinosaurs, and Ben read Green Eggs and Ham) 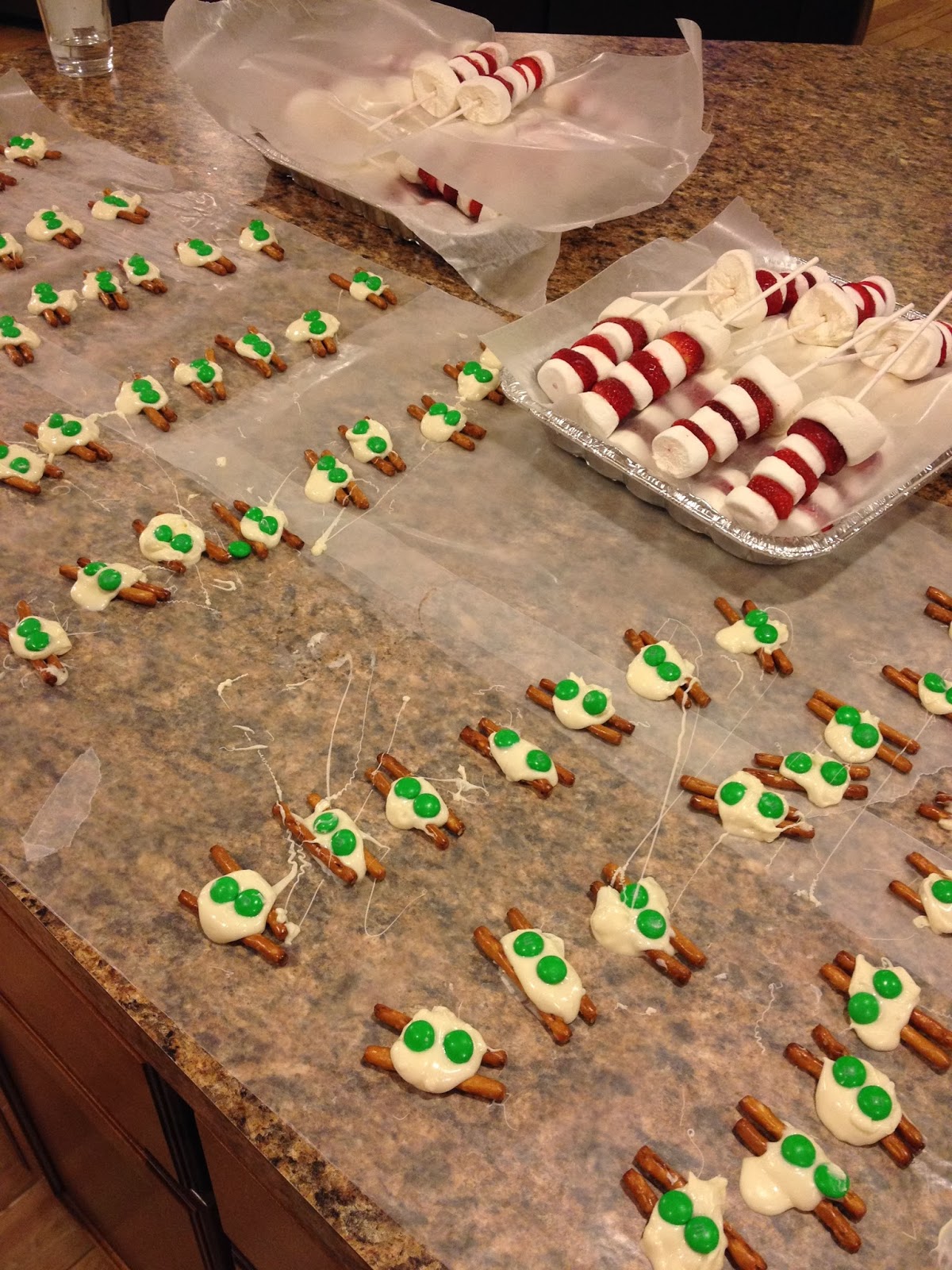 Cooper seriously enjoys decaf coffee.  He almost always sneaks a sip or two of mine. 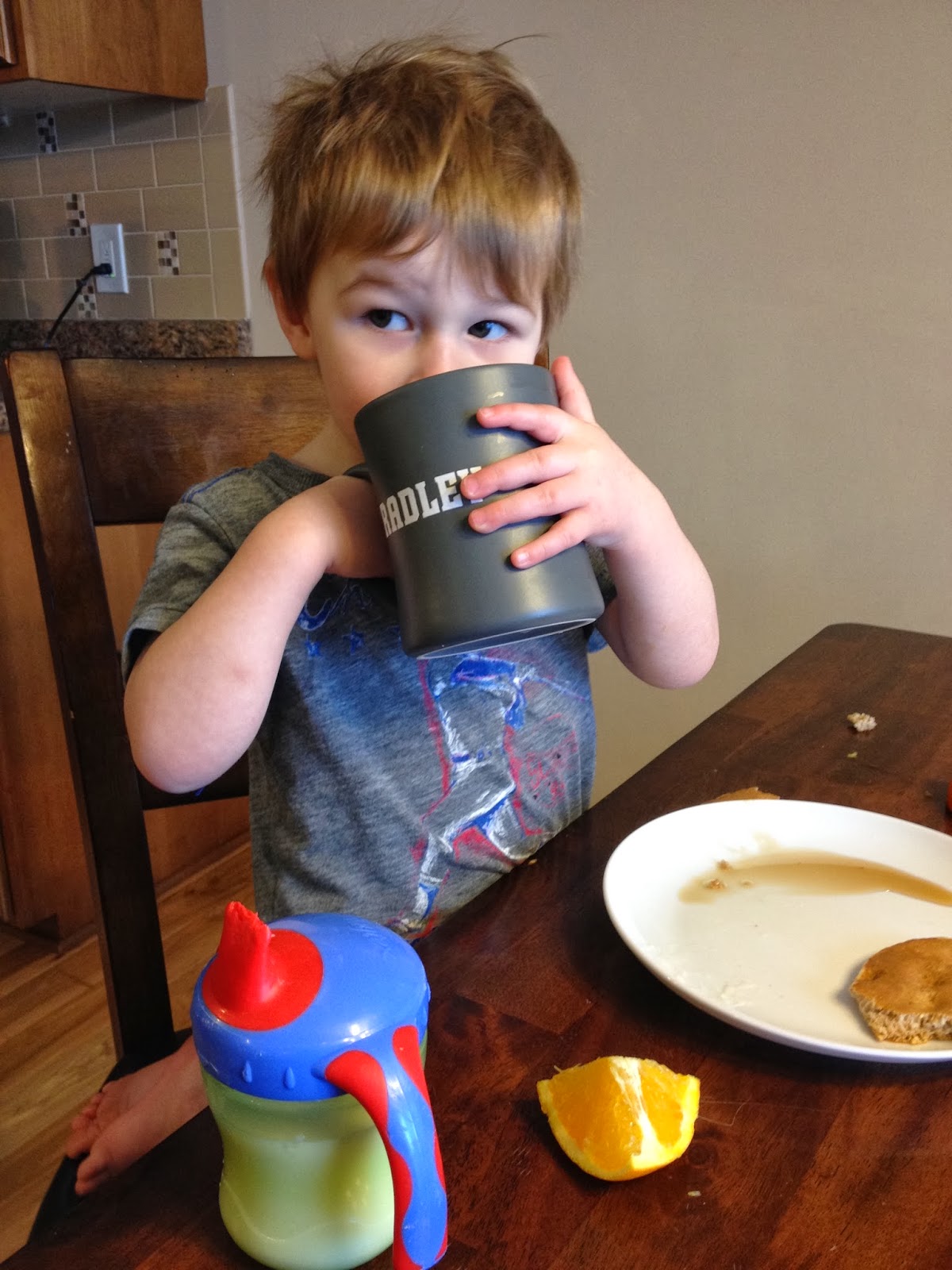 Dorothy eats yogurt with her fingers with surprising success. 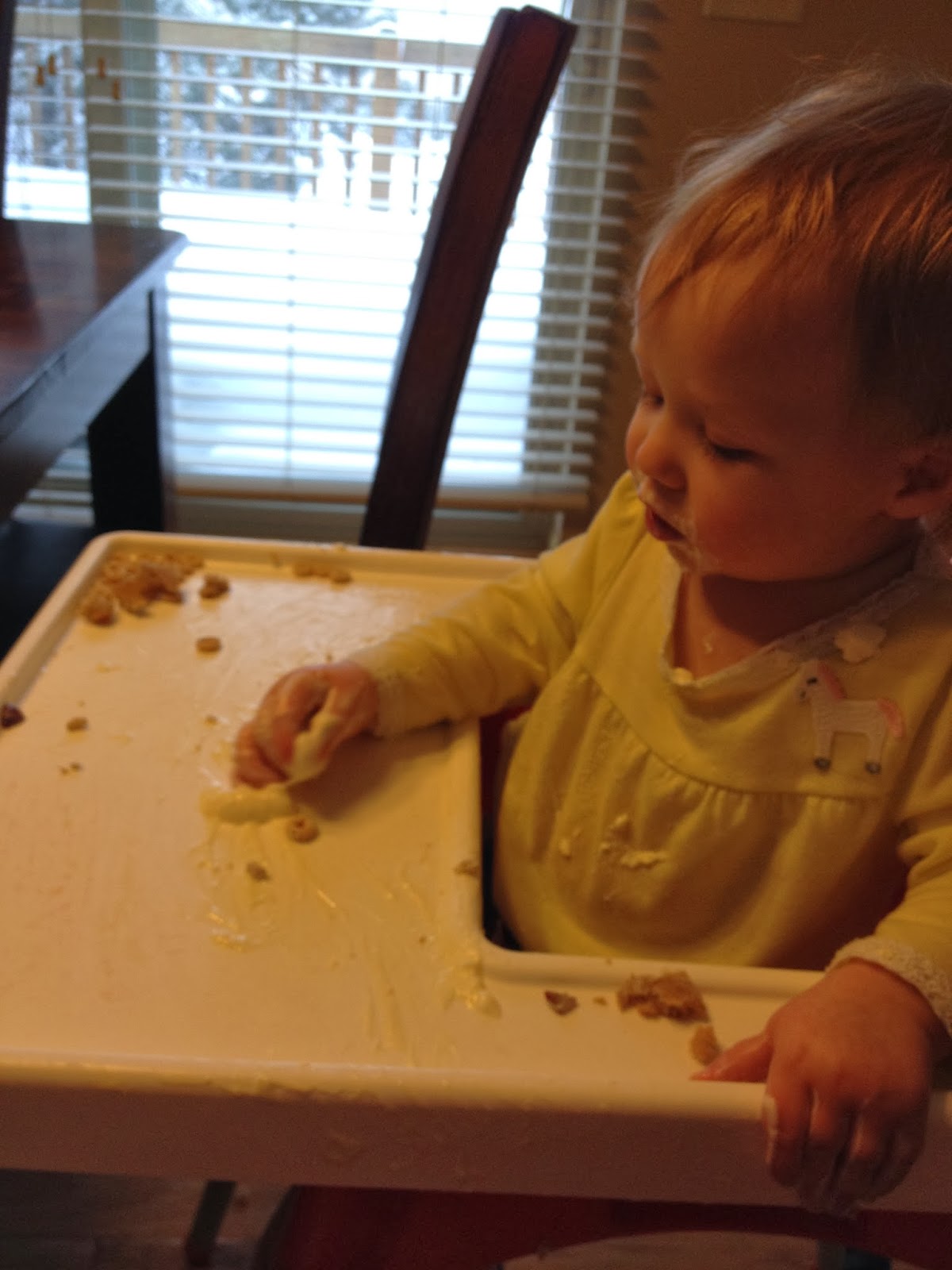 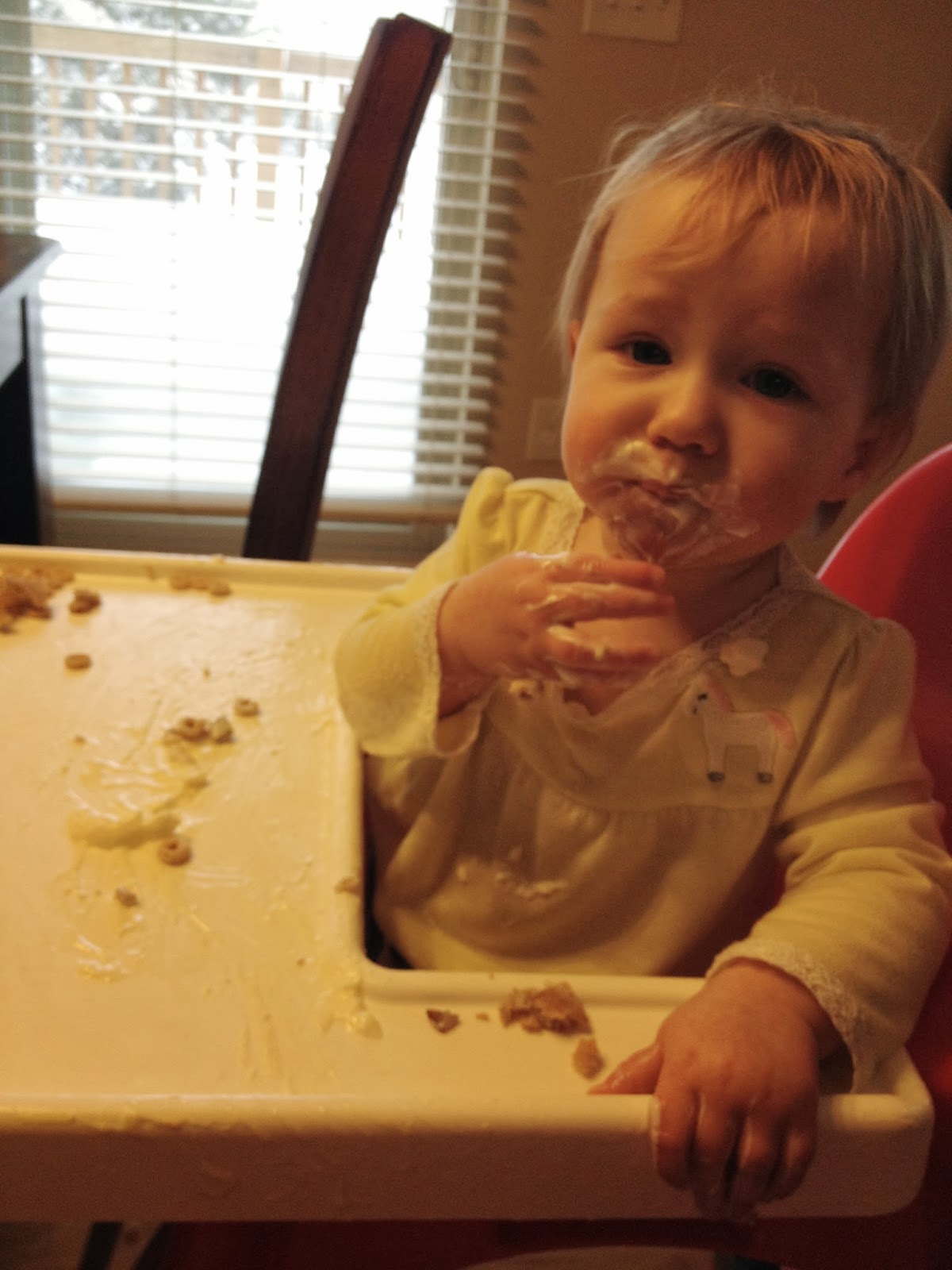 Jack makes the sweetest little calendars every month at school and runs home to hang them on his bedroom door.  He is so cute these days he's like living with a cartoon.  For the month of March, he is supposed to decide if it is a lamb day or a lion day and flip the drawing accordingly.  Every damn day has been a lion so far-- 6 inches of MOAR snow today.  (Harry is trying to drive Jack crazy, and he has started quietly flipping the lion to a lamb every morning. So far Jack just quietly flips it back...) 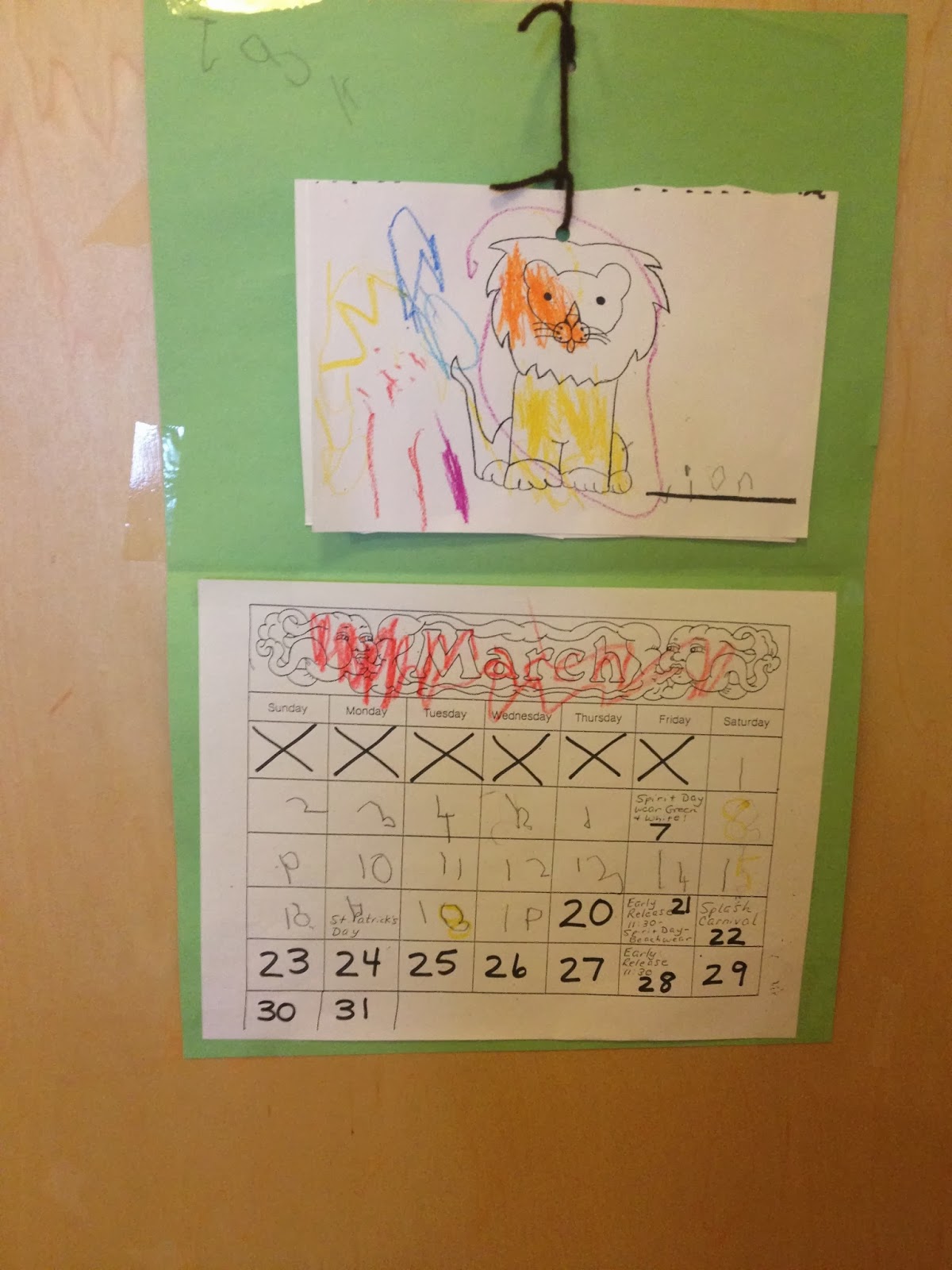 It took Dorothy a long time to find a hiding Cooper. 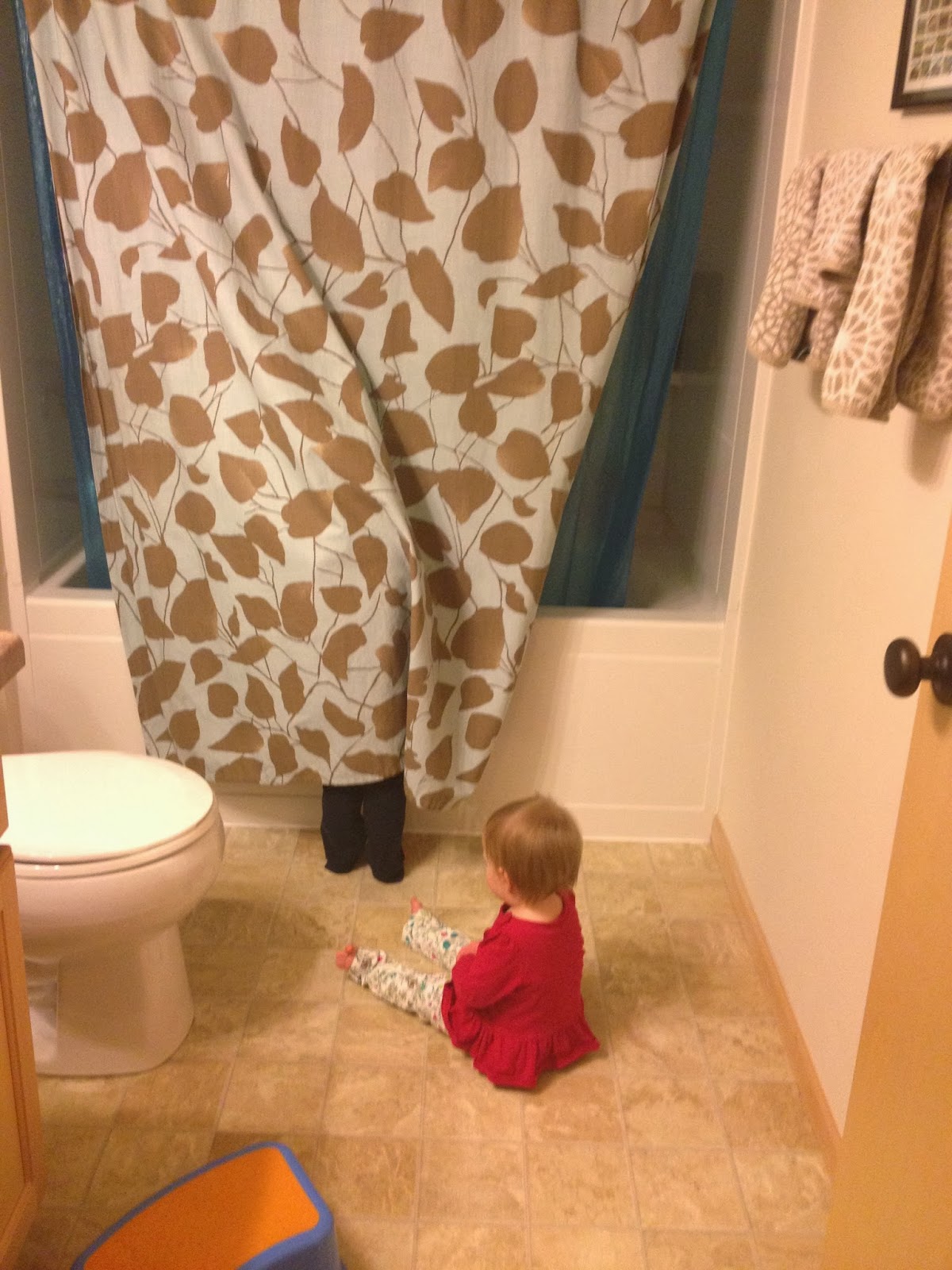 Trail of weapons the big boys left on their way to school.  Classy. 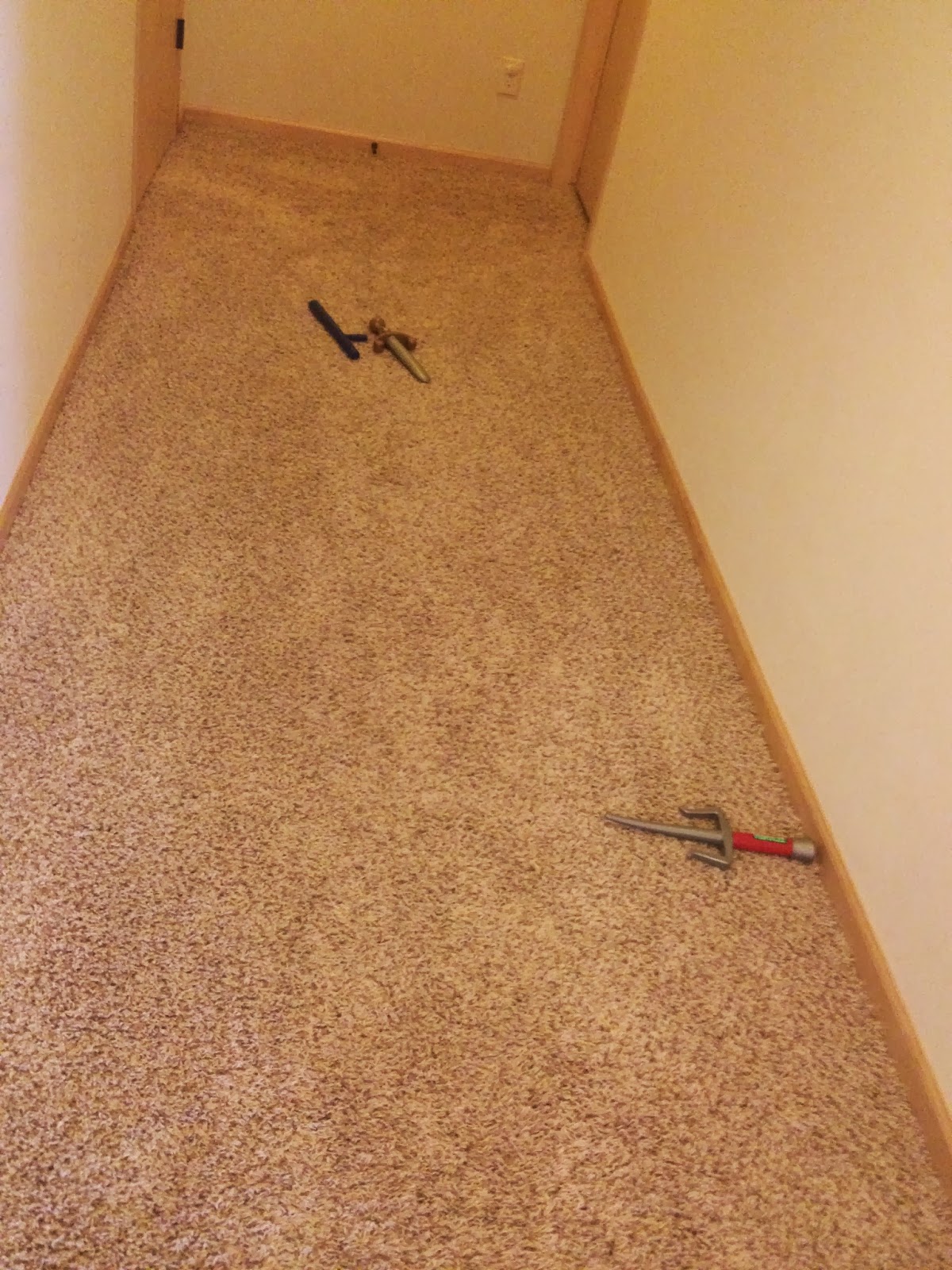 Sweetest sleeping baby.  Who woke up the second I finished cleaning up lunch and taking a shower and laid down for my own nap.  Moral:  STOP BEING CLEAN. 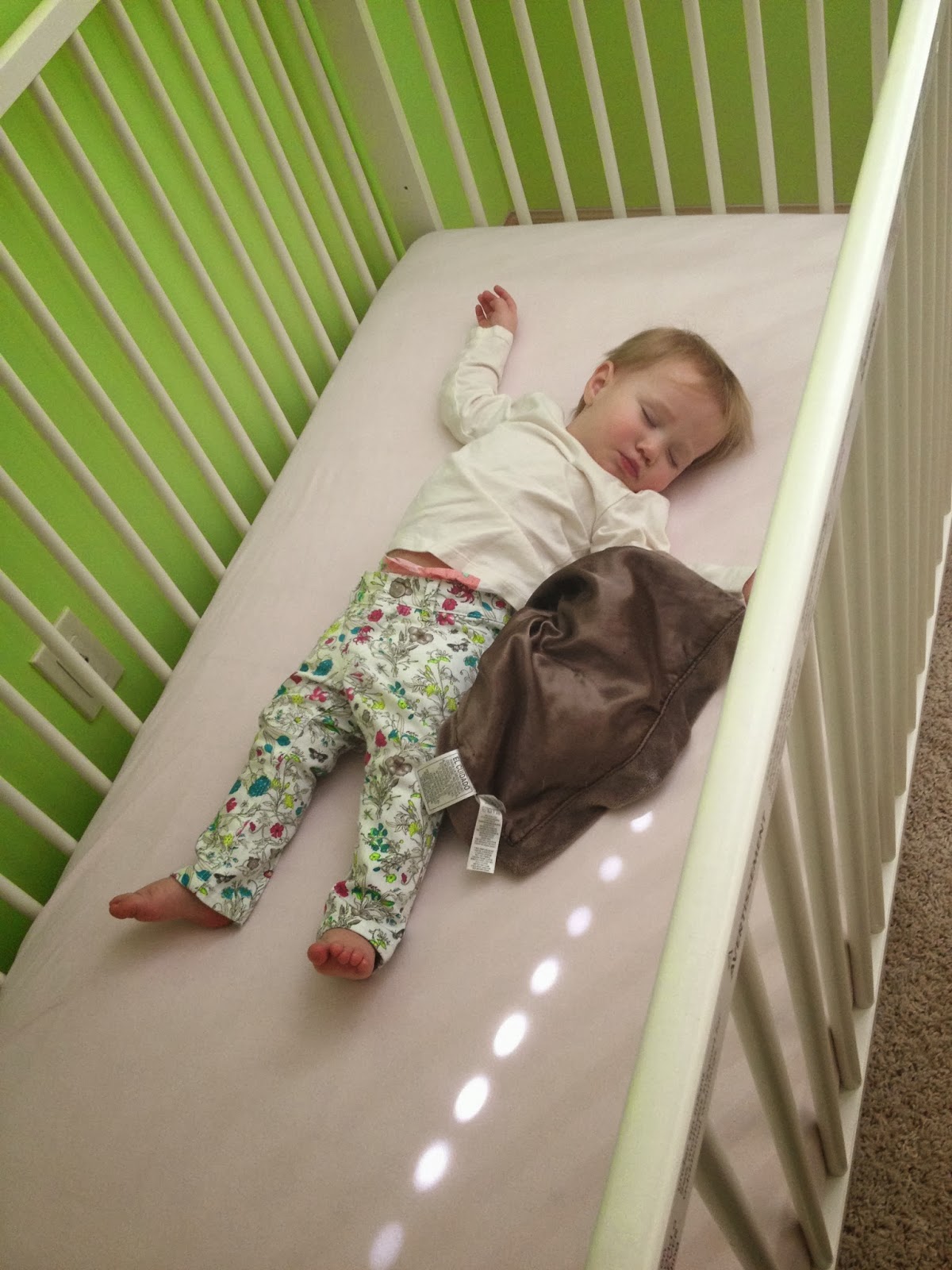 Ah the weapons! What happened to our sweet little boys? And our idealism?

you need to put really big pix of her sweet lil face !!
love seeing her big cheeks and cute expressions