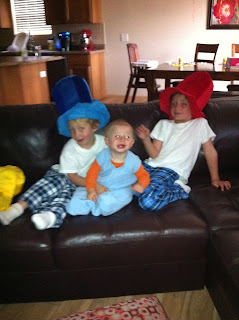 Right after Mothers Day and Fathers Day, Harry asked when we would be celebrating Brothers Day.  And just like that, a new holiday was born.  Second weekend of July.  Come, celebrate with us.  (I hope the kids get together in Brothers Day forever). 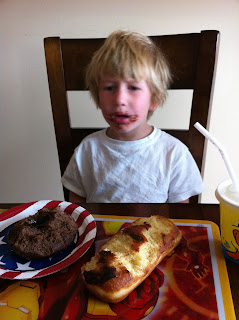 Harry with a sugar high and Jack's beard again. 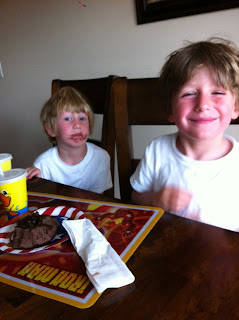 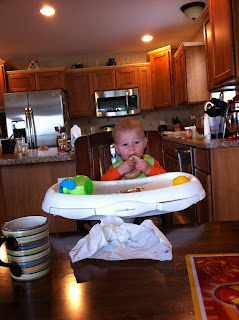 Celebratory lunch at the brothers' favorite restaurant, Panera, where Cooper continued his big food trend with a grilled cheese. 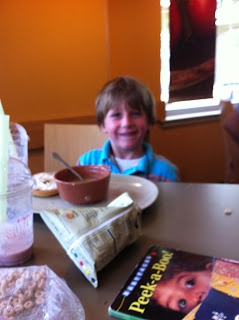 We adjourned to Toys R Us where Harry selected a gift for Cooper; Cooper "Selected" one for Jack, and Jack picked out a present for Harry. 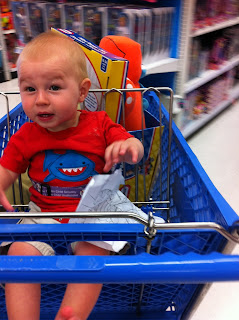 Jack was in the toy room building his new Mega Block Smurf village with Ben, and Harry was outside trying out his new explorer vest, so Cooper wasted no time claiming the magnatiles. 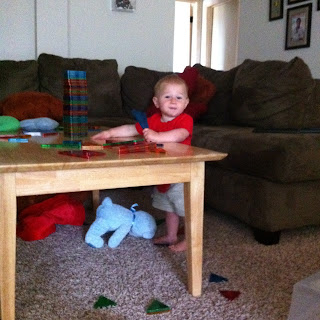 He also worked on his new puzzle. 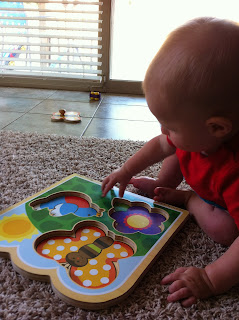 And yelled at explorer harry out the window. 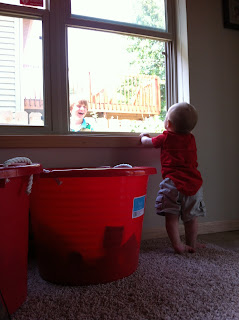 Brothers Day was so! much! fun!  And Harry learned how to ride his bike without training wheels.  A big day.
Posted by Sarah at 9:20 PM

Riding a two wheeler? Time is going by way to fast! Before you know it, he'll be in Drivers Ed!

I am so glad you posted about this! I was really curious. We might have to do our own brothers' day soon!

Yay, Harry, on the two-wheeler!

Our son did the exact same thing! After we celebrated both Mother's and Father's day, he asked when brother's day was. We will be celebrating it this year :)