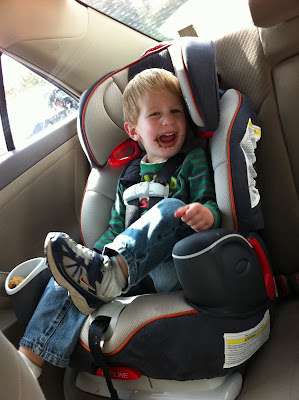 I picked Harry and Jack up early from school to take them to campus to SEE BARACK OBAMA! LIVE! IN PERSON!

(That's him: the tiny guy behind the Teleprompter) 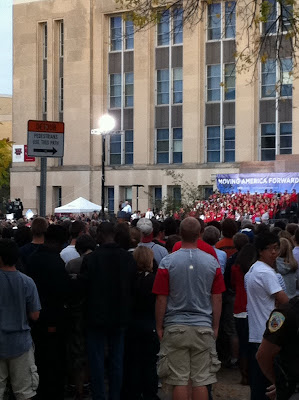 On the way there, I saw two police horses running riderless down the street, which was pretty effing freaky.

Then, Air Force One flew over us while we stood in line to get into library Mall, a place Ben and I normally walk through everyday. The plane was awesome. Lining up to walk through my own campus? Unnerving.

This building is usually just the quiet graduate library. Today, though, it became THE PLACE BEHIND OBAMA! 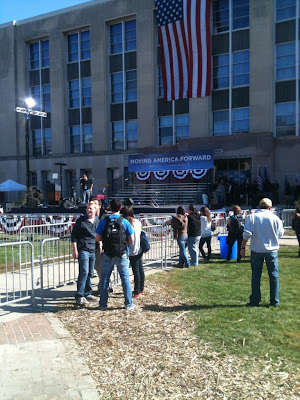 On his way to work this morning, Ben took a few pictures of Library Mall getting a facelift for the President's visit-- like this giant VOTE sign that popped up next to the brand new fence. 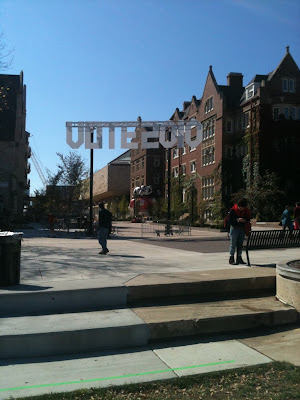 And the surprisingly efficient and festively tented metal detectors. 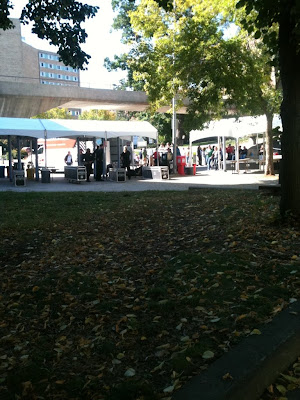 By the time we got there, a crowd of line-jumping students had swarmed all over everything. 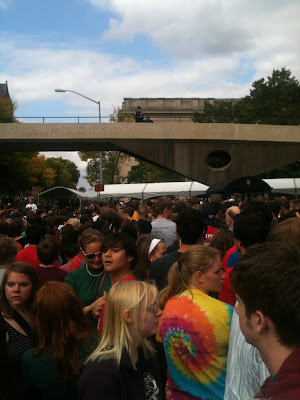 And there were snipers on the library roof. Just like every Tuesday. 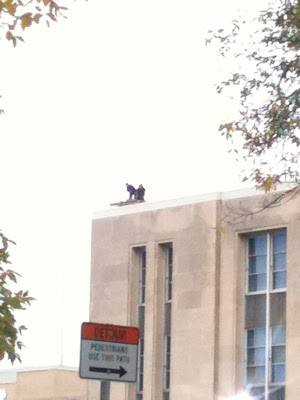 Clearly there was a noise associated wit this face 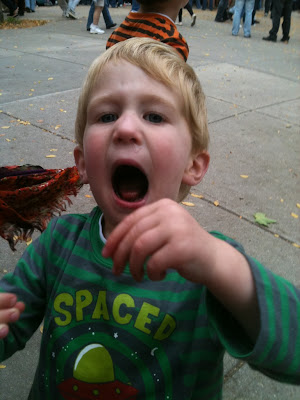 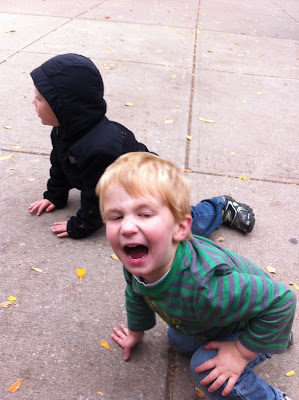 We opted to stay away from the standing throng of people and instead sat on some cement steps near the back of the mall. Police were keeping the cement walkway in front of our steps clear in case of an emergency, so the kids had plenty of space to run, and when we stood up, we were able to see the stage. The first thing we did was celebrate our awesome spot by eating hotdogs, natch. 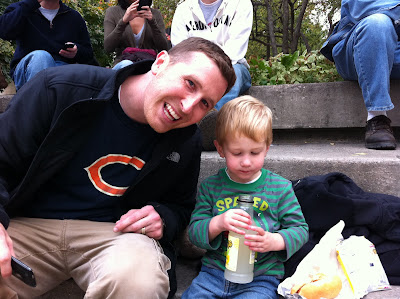 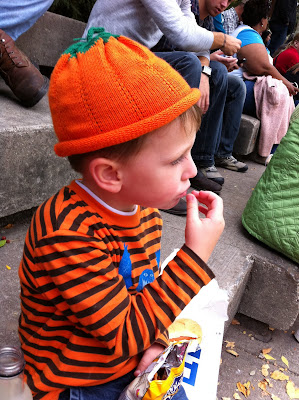 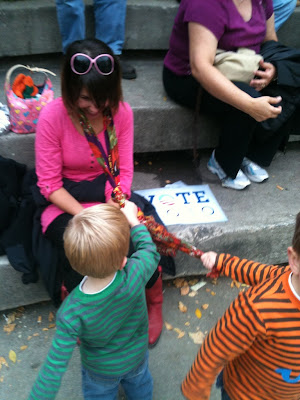 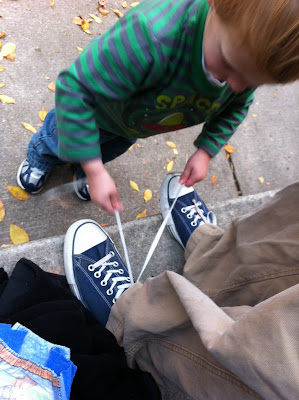 And they both wrestled and sprawled on the filthy ground. 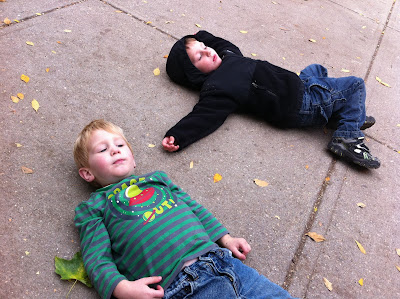 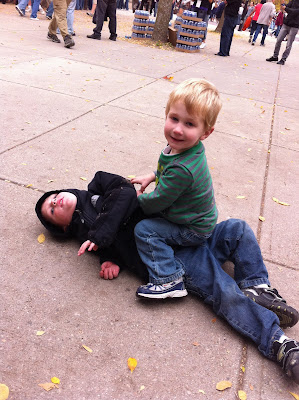 Really, they were excellent kids. They played with the few toys I managed to cram in my teeny purse, and they danced to Ben Harper, the National, and a local band. I took a couple selfies between acts: 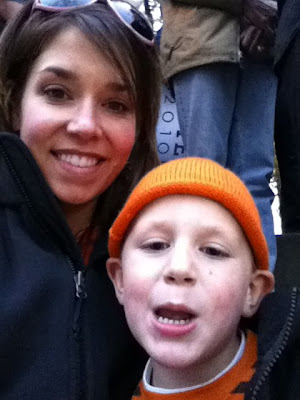 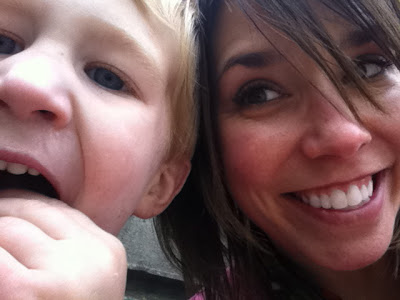 Harry played with his iTouch 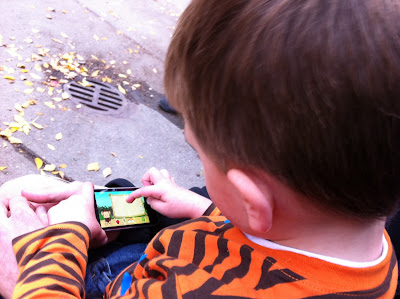 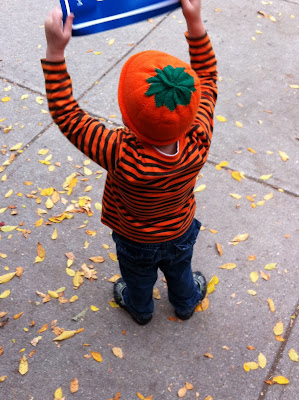 Jack took his pants off and screamed "Nay Nay" and made Ben take him to the Port-a-Potty about 5 times.

We had a great time! 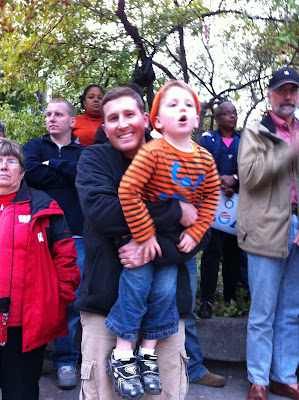 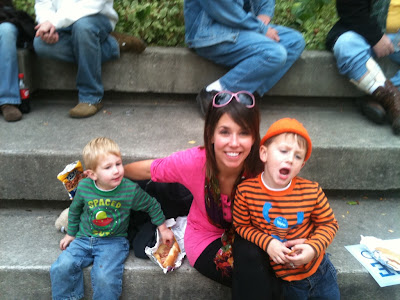 my neighbor and I took Leslie to see Dwight Eisenhouwer when she was just a few months old...We didn't get Color T.V. at that time and I was so suprised he wasn't just shades of grey when he got off Airforce One..Lynne was in pre[school at the time. Saw Bill CLinton up close at one of Hilary's rallies and was very impressed, what charisma..Bomma

It looks like a great time. So happy you took them!

Is that monkey's I see on the Itouch - I have an almost 3 year old OBSESSED with the game --- Oh does it buy you the time!!! Sucha cute blog too by the way! Your boys are precious!

We saw him when he was running for senator and came to Pekin. He spoke in one of the covered pavilions by the softball fields. Michelle was there too. I took pictures of his face that was just 4 people away from me. Elisabeth would have been beyond excited to see him! So glad you took them!!

I am so jealous!!! What a neat experience for the kids!

Laughed out loud about Jack taking his pants off. Too funny!

First, love that Ben wore his Bears shirt the day after the big win! Way to stick to all the Packers fans in the crowd.

Second, pantlessness is allowed by the secret service? I figured they would have something to say about that.

Third, my Jack would have freaked to see Obama in person. You would think it would be easy to see him, seeing as he is FROM here, but not so much. I don't think he's had a public appearance in the city since taking office. Which is a bummer.

What a super fun day! Jealous that your campus had Obama. We had the Pope...but it's just not the same!