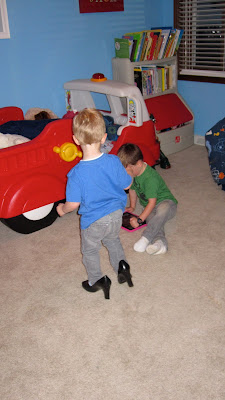 Not a lot going on around here.

Today was school picture day, which was a mild pain in the ass because the boys don't actually go to school today, so I had to bring them during their assigned picture times (not like we had a lot going on today, but still. I had to change out of my jammies much earlier than usual). Luckily, their class pictures are just composites, so we were able to do them both at the same time. I also got a rare glimpse of School Harry who is very obedient and says a lot of shit in Spanish.

A little girl greeted Harry with a huge hug and another said, "Oh Harry! You look so handsome!" Two other little girls giggled and said they had never seen a kid in a tie, only their dads. 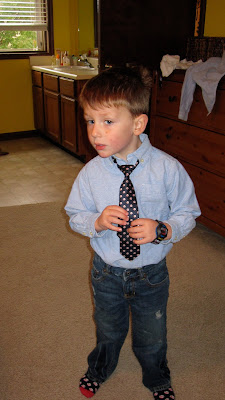 Jack also wore a tie and looked remarkably like his dad 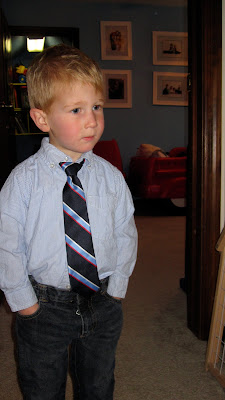 I should get a little credit for not dressing them totally alike, right? 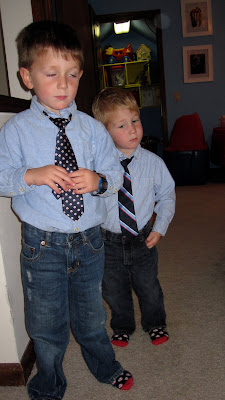 Uncle Ben made Harry those Batarangs with cardboard and electrical tape. Pretty awesome. 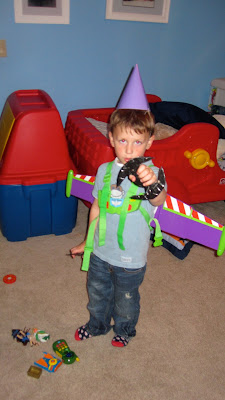 Poor one-sock, W-sitting Jackers. Proof that you actually CAN clean your floor too much-- he slipped on an aggressively Bona-ed spot and slammed his ear on the train table -- huge welt, lots of crying, much ice. Ugh. 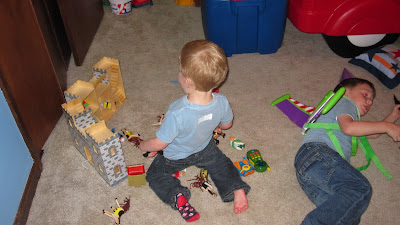 They both looked very handsome and really like Daddy! I always thought Harry looked like his dad, until Jack was born! They are so cool

Love the picture day outfits! They are adorable. Sorry about the ear bashing, though. Ears hurt a lot. Just ask Charlie.

Ugh! I love little boys dressed like little men! They do look very handsome in their ties. I also love it when children stand with their hands in their pockets. For some reason, it really makes me giggle.

Are those Paul Frank socks? I think they match my jammies! LOL

The boys look fantastic! So cute!

The picture in mommies heels made me laugh out loud! Precious.

so cute - love the heels in the first pic too!

I love how they match down to the socks. Very cute!

Where did you find their little ties?