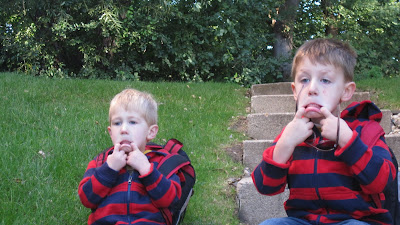 I was nervous about drop-off. but you know what? It was great. Jack gave me a kiss and an extra squeeze around my neck and trotted into his classroom without a second look. I unloaded the enormous amount of shit I had to schlep into the building (nap bags, extra clothes, gym shoes, Pull-Ups, wipes, lunches, tiny back packs, etc) and took Harry to the minibathroom (so cute-- teeny stalls, twee toilets, low sinks, knee-high hand dryers-- I loved it so much I totally wanted to pee in there too. But that would have been awkward). The whole building smelled like the blueberry muffins the chef was whipping up for morning snack.

I paused outside Harry's classroom, nervous for him because his teacher greeted him and directed him to the sign-in book totally in Spanish. Which? It's a Spanish immersion classroom, so I get that he has to be, uh, immersed, but I was just worried about the little guy in a new room with new friends and new teachers in new building being talked to in a new language.

Then I went to work.

They were happy as little clams when I picked them up (and took them straight to the gym playroom while I squeezed in a quick workout-- MOTY), and when we came home to a spotless house that had been uninhabited for hours, I was totally enchanted with that reality. Usually I come home to happy kids, a happy babysitter, and total freaking chaos. Today, we were all happy, even me.

Jack claims to like nap best; Harry had class in the music studio and discovered his love of percussion. Both of them talked about their days (Jack told us that Henry cried two times and that his teacher's name is Ham Pam, and Harry seems to like a girl named Eleanor).

Harry was a major ham this mornig 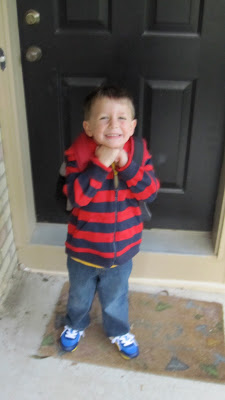 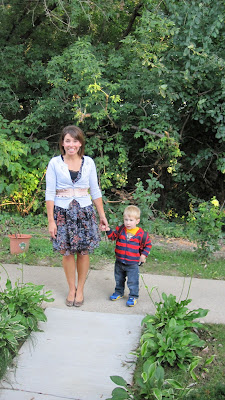 Harry is a total blur-- you think he was excited? 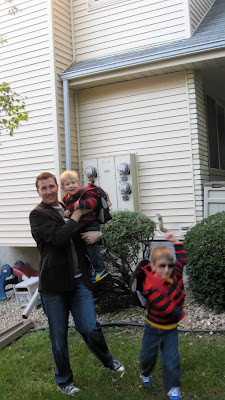 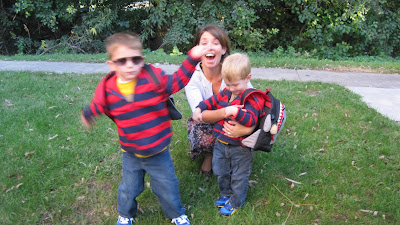 On the way to pick up Harry 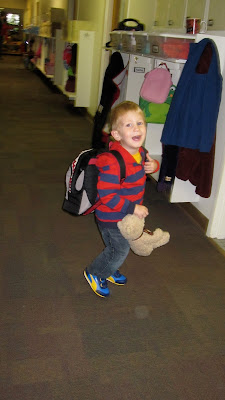 Harry through his classroom door 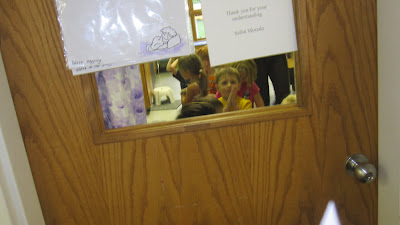 Harrys self portrait outside his cubby. I kind of dig that he's going by Harrison this year. 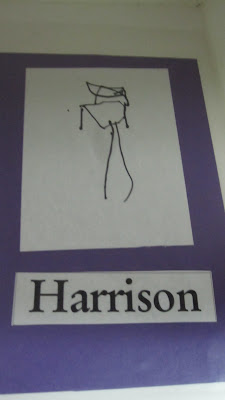 Their school sounds fabulous! So glad they had a great day!

Hooray!!! I'm so glad it went smoothly. I love his self portrait. :)

Love the matching hoodies!!! So sweet. Glad their first day went well. Spanish immersion sounds cool, and intimidating! I can't wait to hear more about it.

They are too cute. I love your blog and have passed it on to some friends too. By the way you should start a fashion blog for your kids too, they are always dressed so cute.