*Becca called her pupkin pictures by that name, and it cracked me up
If you look closely at this picture, you will notice Harry's shoes are on the wrong feet. They were on the wrong feet the whole time we went through the "Harold Potterson" haunted house and picked our pumpkins. Ooops. Also, notice he is covered with pumpkin gore. 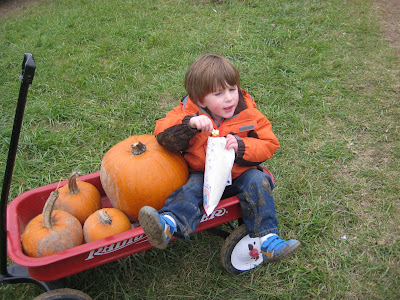 That's because we went here to get our pumpkins: 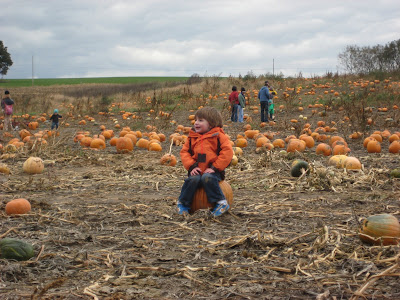 After we stumbled around this huge muddy field and pulled gushy pumpkins from dried out vines, we noticed hay trucks full of beautiful, hard, round, clean pumpkins for sale near the check out stand. Thumbs up indeed, Ben. Thumbs up indeed. 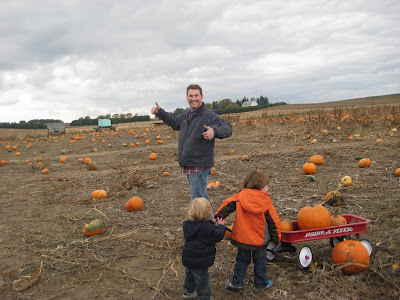 Embiggen this one to see how pissed off Harry and Jack were-- they fighting over who got to pull the wagon. Which? A stupid fight because our pumpkins weighed like more than jack and neither one them was strong enough. 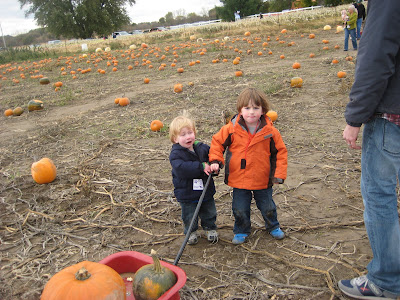 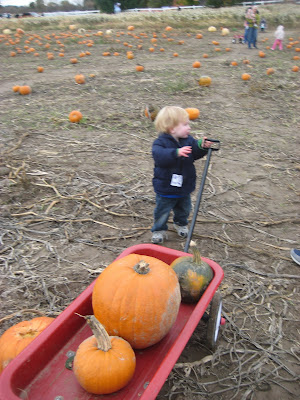 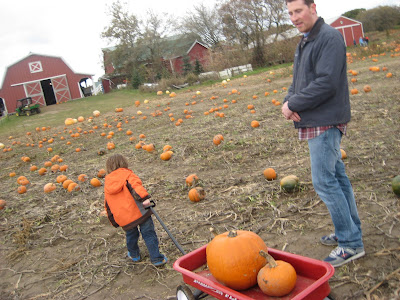 The Harold Potterson thing? Adorable!
First they climbed through the Hogwarts train 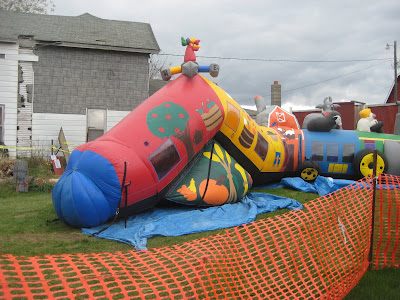 Then they played a little Quidditch 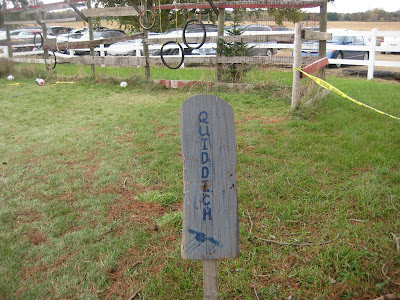 Next, they went through Hagrid's haunted house which sccared the shit out of Harry. That's cool. Sleeping through the night is so lame anyway Nightmares ROCK. 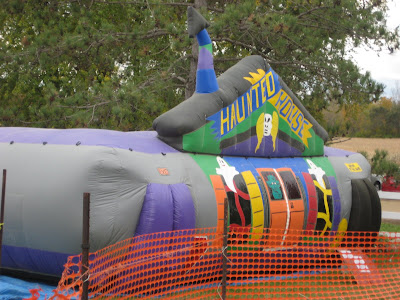 They threw some tennis balls at Dudley 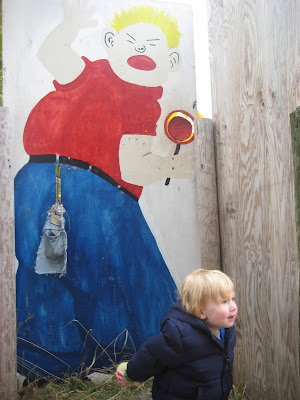 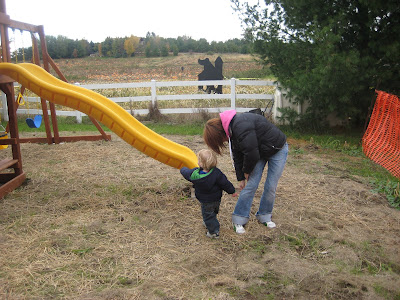 and show us that Jack is too tall for baby swings 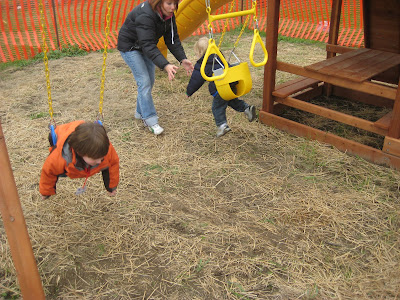 The whole exhibit culminated in a tiny little corn maze. Harry has an excellent sense of direction and a solid sense of self importance 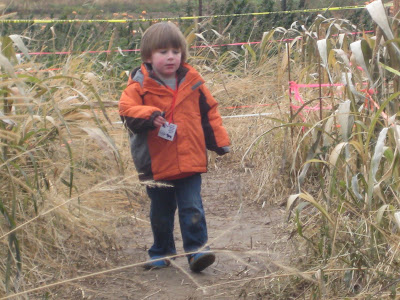 Jack dug it, too 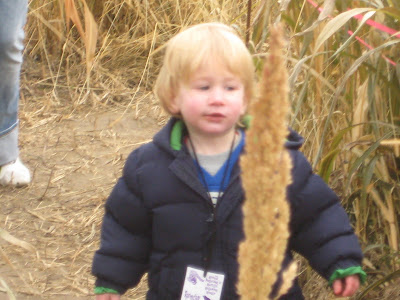 Notice their little yarn necklaces? They got those after visiting the Sorting Hat. Harry was a Gryffindor (DUH-- He's HARRY), and Jack was a Ravenclaw, which? Totally! I can totally see that!

In conclusion, they both ate pumpkin pie for breakfast.
Posted by Sarah at 7:55 AM

Yay for breakfast pie!! Love the picture of Jack tipping out of the swing. Love the angry wagon pulling pictures. Hysterical.

I'm picturing you guys walking out to that muddy field picked clean of pumpkins like "What the hell?" So funny. You're like the Griswolds!

I am literally floored by this place you guys went pumpkin picking -- it is a veritable Funland! All that's missing are the kids turning into donkeys. That bouncy house is such stuff that dreams are made on.