Zoo-- it was so fun we could be like official spokespeople

Except we only took 2 pictures of animals: 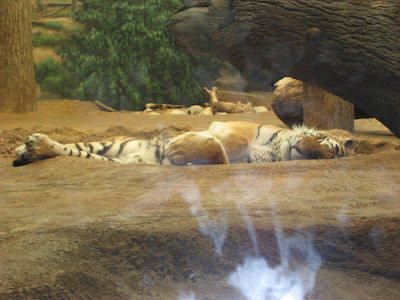 and the free-range peacock. There were peafowl everywhere. By the time we got to the playground and one hopped through the fence, Harry was all annoyed and said, "That peacock is in my way." 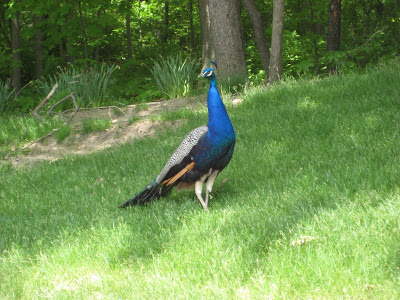 This animal only got in the picture because Harry was riding it, and Ben was standing next to it. Jack did not get a pony ride because I did not want to walk in a slow circle dodging pygmy horse crap. Been there; done that. 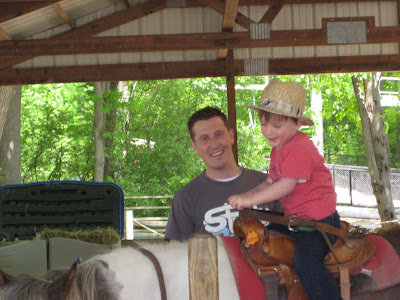 The rest of the time, we just took pictures of ourselves because we are conceited like that. 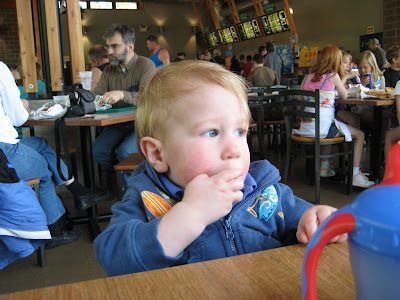 Harry was cool with his Sponge Bob popsicle. 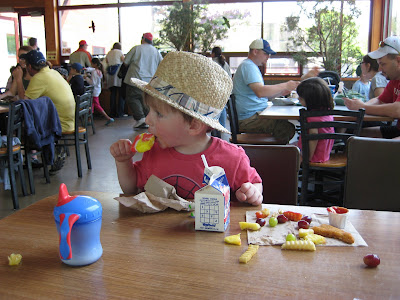 We waited in a massive line for the train 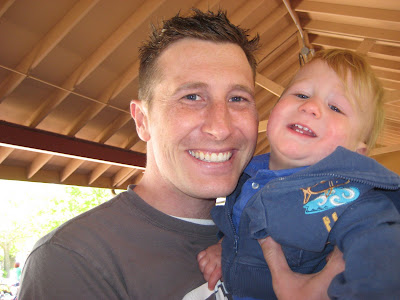 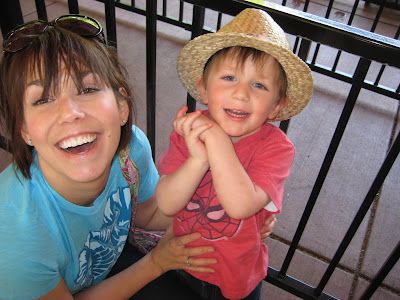 and were glad we did because the train ride was awesome 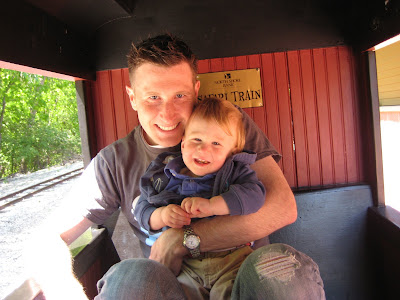 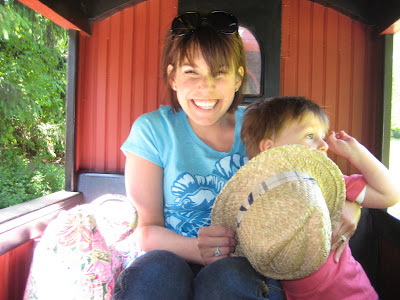 Moments after this happy shot, 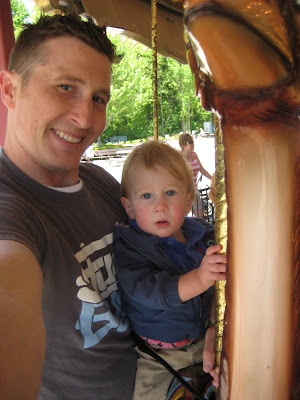 disaster almost came to the carousel:

Panic makes the merry go round from sarah on Vimeo.

(ben almost fell off the carousel because he was unfamiliar, apparently, with the up and down motion of the ostrich. tricky merry-go-round. that's harry in the background urging his horse to ride like the wind).

The boys slept the whole way home, and we grilled a ton of pork product upon our arrival. Then we threw Harry and Jack in the tub, where they had a playful scuffle. 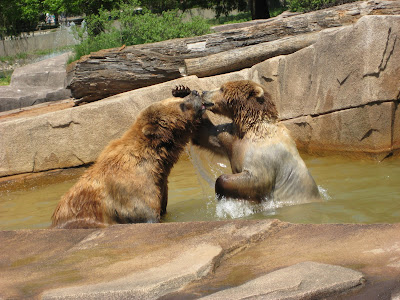 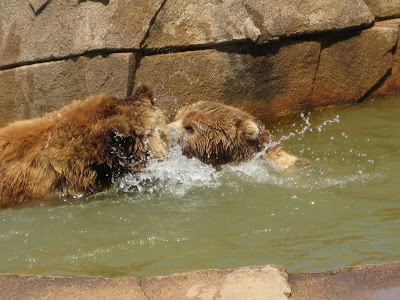 and now they are sleeping, and I hope we will be soon.
Posted by Sarah at 8:52 PM

Ryan and I have watched that video four times. Hysterical. I love Harry's straw hat! Ryan saw your post and said "HEY! Let's go to the zoo today!" so thanks for that. Heh.

That video cracks me up! I love your blog and congrats on becoming a Dr :)

Is that the Milwaukee zoo???? Because my parents took the kids there on Friday. Perhaps you all hung out and didn't even know it!

Maybe we can go to the zoo when you are here over the 4th..we have a nice zoo here....Bomma

That video is hilarious!! You guys crack me up!

I'll never forget being at the dolphin show at MKE zoo with Jon and Ben - Ben was about 5. The announcer said "these mammals have the intelligence of the average 6 year old" and Ben looked at me and gasped.
Boo