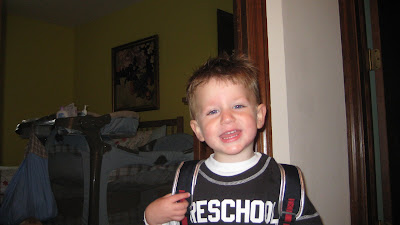 His backpack (decidedly unacademic containing only an extra Pull-up, some wipes, and a spare pair of jeans-- in size 18 months) was so heavy, he couldn't walk while wearing it because he toppled right over (to reveal a pretty freaky looking baby who crapped through that little hedgehog outfit on the way to school, something I didn't notice until I took him out of his infant seat and carried him into class in my quest to be the perfect mother whose baby will never have a flat head but instead was the frazzled lady holding the dirty kid). 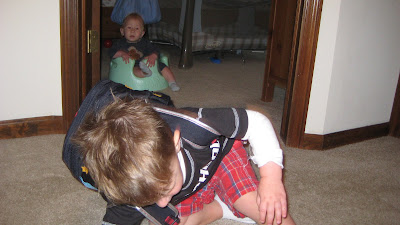 Today was his last day of school, and he is all grown up at almost 3 and can carry his own bag (which still holds the same teeny jeans-- good thing his love for his teachers makes him too nervous to crap his pants at school because those dungarees would be worthless). He was super excited about his end-of-year picnic even though I stalled getting cookies and ended up swinging by Whole Foods and grabbing some pre-packaged ones instead of ordering the elaborate pirate cookies he requested from our favorite bakery. Arrrgh, I suck. 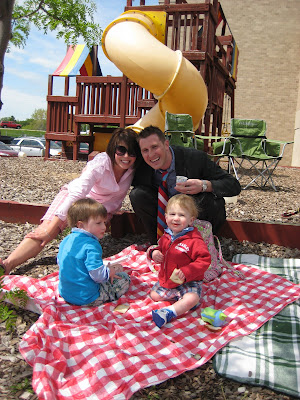 Good thing the baby got cuter 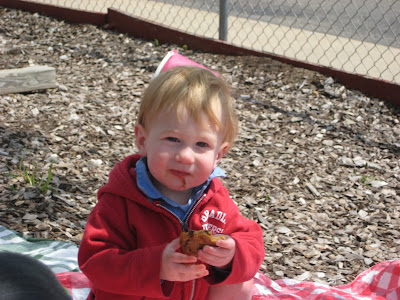 Harry loves juice in dixie cups. Thanks, school, for effing up our juice-free zone. 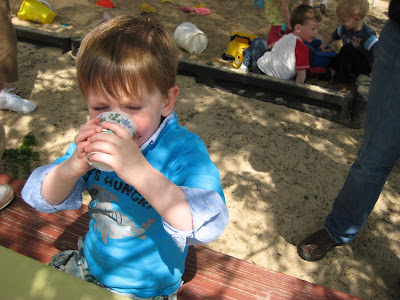 Between the Cheetos (again, great healthy snack influence), the melty cookies, and the sand on the playground, Harry and Jack were filthy, so I figured what the hell and took them to the park. 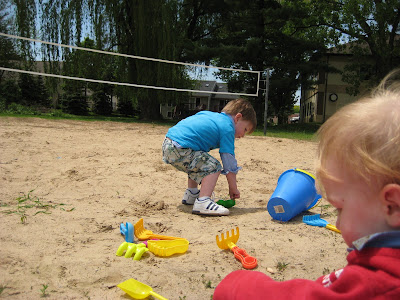 At home, they had a bath that left a ring around the tub and so much sand I could have panned for fool's gold. For a minute, I thought I was going to enjoy the phantom simul-nap, but Harry never slept. 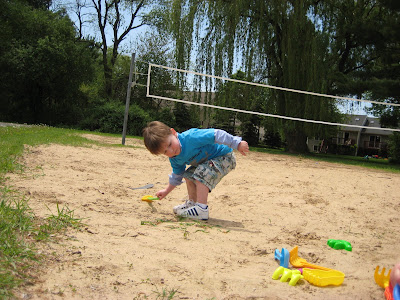 While looking for old pictures for this post, I noticed that we celebrated Harry's first day of school with a trip to that same park. Trippy. 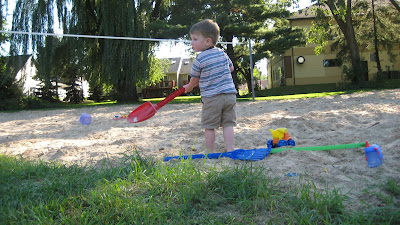 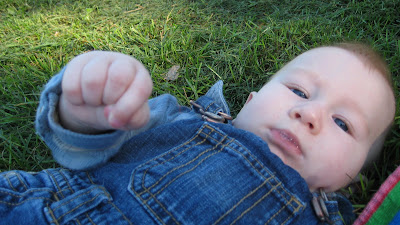 Mine don't simulnap either. It's really great when they take two two-hour naps end to end when I'm itching to get out of the house.

CAN’T WAIT to see you guys in person. Harry looks so grown up. What a sensitive interesting post! I’d love your take on single parenting sometime. Kids often make your parents make sense. I remember my work partner in ’79, her kids home alone for the first time during the interminable 3 month summer & their incessant phone calls. I can hear her now saying through clenched teeth now: “Jason! Put the fish back in the aquarium!”
Boo

oh, that last day of school--tugged at my heart! Now I'm counting the minutes until he starts 5 mornings a week in a month! LOL