On Christmas Eve, we planned on going to an interactive children's service at the crunchy granola hippy Unitarian church we like, but we stopped at Starbucks on the way and realized we were way too sick to be spreading our kind of love in public. 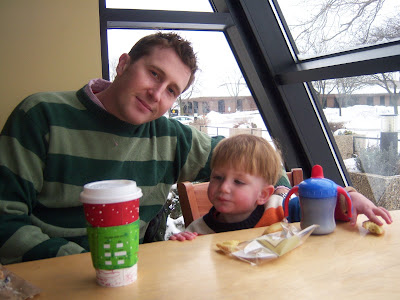 Instead, we came home and played with the timer on our camera. 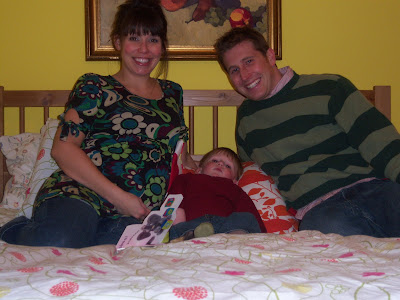 We were so tired from the exertion that Harry had to read his own damn bedtime story. Upside down. 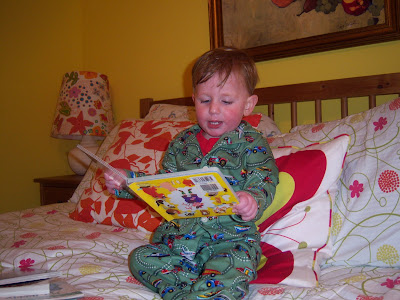 Then when Harry went to bed, we put out all the gifts, and we set up his cute little tent and filled it with all the crap we couldn't figure out how to wrap. Then I spent way too much time and effort trying to assemble a castle out of cardboard bricks. As you can see, the bricks almost bested me. 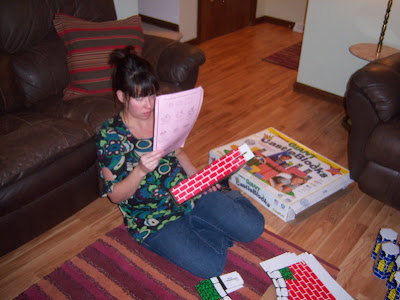 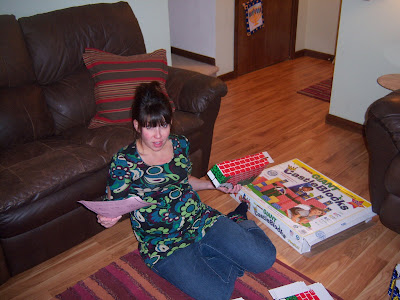 But I totally outsmarted them in the end-- silly bricks! 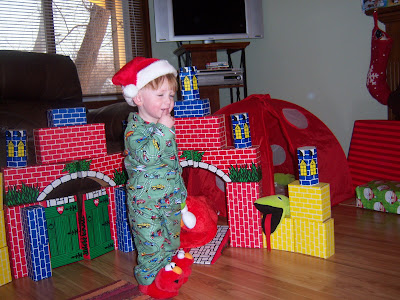 Harry didn't know what the heck to think when he woke up in the morning, even though we have been reading the Night Before Christmas every night since December 1st. We spent a bit of time right off the bat trying to explain to Harry that his hobby horse was not a mop or a guitar 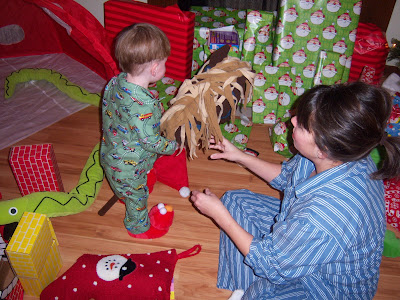 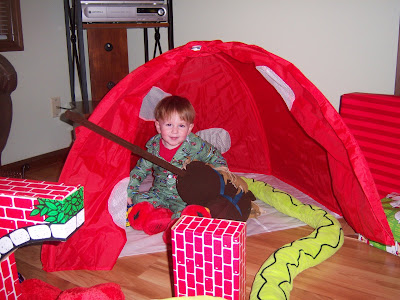 He loved the Fannie May chocolate sucker he found his his stocking (and the one he found in mine, the little thief) and the mimmen he got to hang on the tree 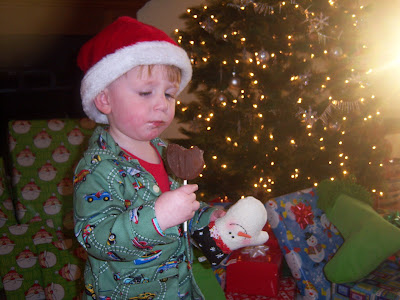 I don't know what was going on here, but it looks intense, huh? 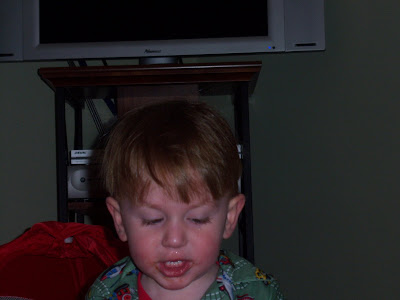 We made pull apart cinnamon rolls, and they spread to ridiculous heights in the oven-- here I am looking surprised and a little alarmed byt their mutant growth. 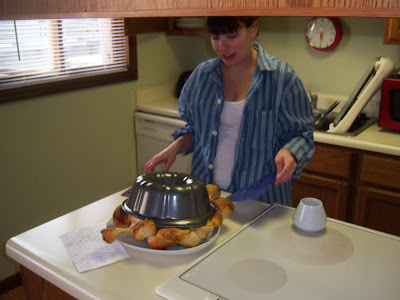 Oh. Good thing I put that castle together. 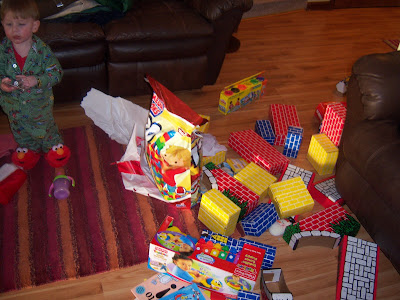 As you can tell by the heavenly beam of light, this ride-on dump truck was Harry's personal Christmas miracle. Beep, beep. 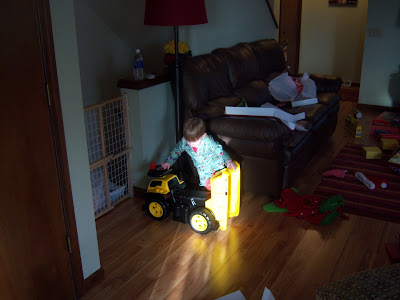 Also? The sit and spin in the perfect height for staring slack-jawed at the Disney Parade. Oh shit-- TV before 2, and it's DISNEY?? 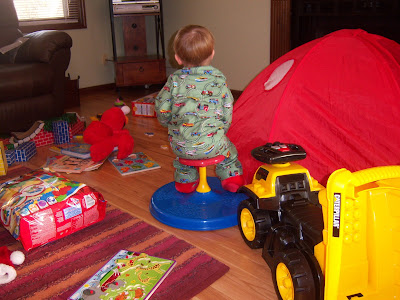 Annnnd, I have so many more pictures, BUT Blogger is the slowest ever, and I still feel completely crappy and have even less patience than usual, so I will post more later.

We were sad, of course, to spend the whole weekend alone, but it was also really sweet. This family will never just be the three of us again, you know?
Posted by Sarah at 8:29 PM

so glad you are up and moving around at least, the road to total recovery is just around the corner...Hurray for Christmas, especially the commercial part...thats the fun...Bomma

Really cute pictures! It looks like you had a good Christmas even quarantined

What fun! Looks like Harry had a great time!