Yeah. That's how much snow we've had this season. And of those 25 inches, NONE of it is packable snowman snow. Luckily, Ben and I just hurl chunks of ice at each other in lieu of snowballs. Luckier still, my mom gave us this: 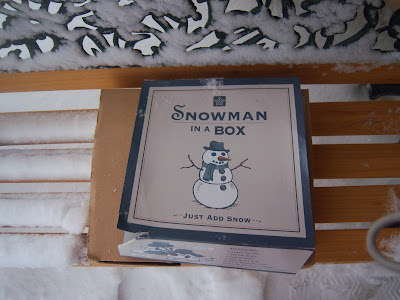 so we are able to make a snowman anyway. Well, more of a snow mound, but he looks mannish with his manly accessories: 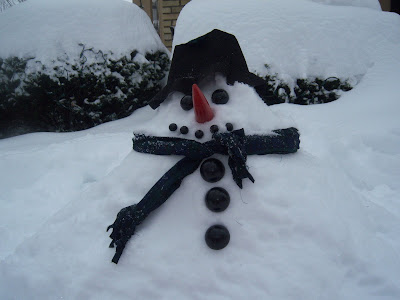 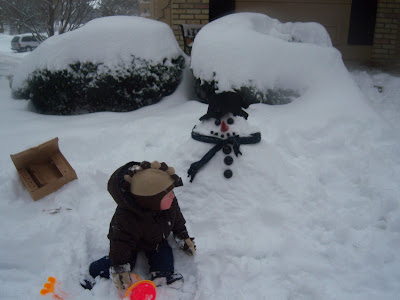 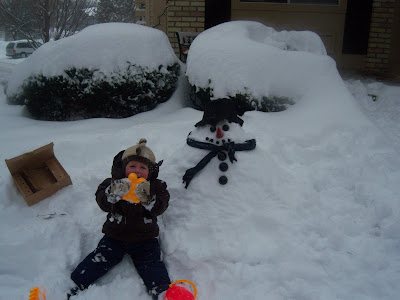 Any snow is good for snow angels. Actually, that's a misleading caption-- Harry wasn't making an angel. He was just floundering. I ignored his calls for help (Hep! Hep!) and took a picture instead. Tis the season! 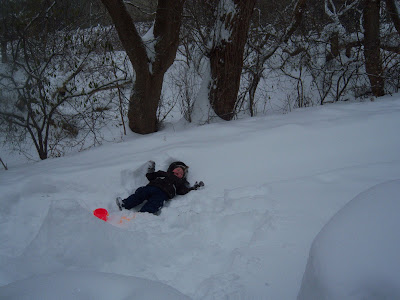 are'nt you just loving his communication skills? Runs in the whole fam damily...Bomma

That is too much snow! I think it's good we moved to South. It looks pretty though!

I cannot wait for snow!!