Okay, so when you upload a picture to Blogger, there's a little spinny icon thing, and mine stopped spinning, so I assumed my pictures were not loading, but they WERE loading, so heres' the rest of the entry I wanted to write:


I made brownies, and we made Harry take off his shirt to eat them. He was puzzled at first, maybe a little insulted, but then he showed us his nipples (thanks, Jon) and finger painted his tummy 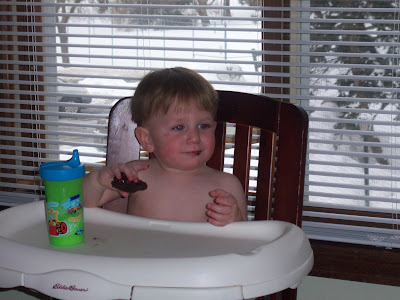 Harry was so good at dinner-- even though dinner was a super long event (2 hours). He ate some relishes and the Oreos we brought to bribe him with. Also some cheese curds. His own entree, however, he did not touch until lunch yesterday. 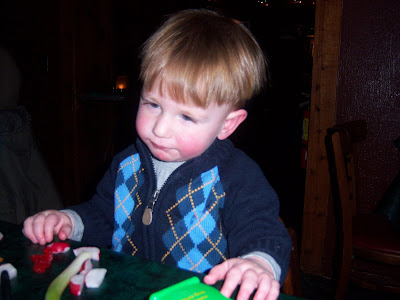 Seriously, is my face always that big? 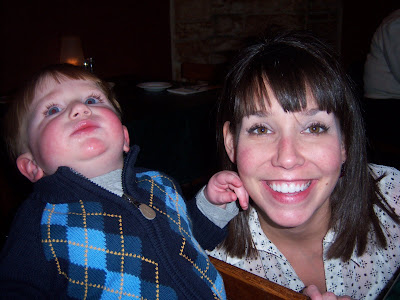 Harry's grandpa cracks him up. Harry likes to grab his grandpa's head and say "Grandpa bump" because there is, in fact, some sort of weird bumpy growth on the back of my dad's head. Might want to get that checked out. I'm just saying. 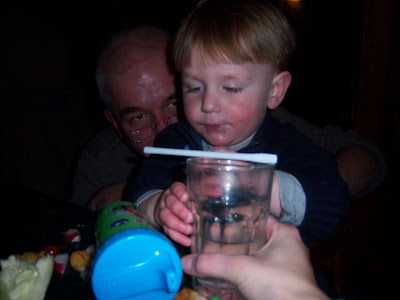 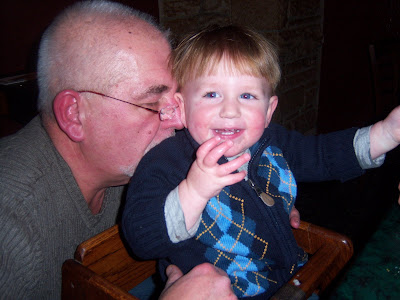 Playing in the snow with grandma 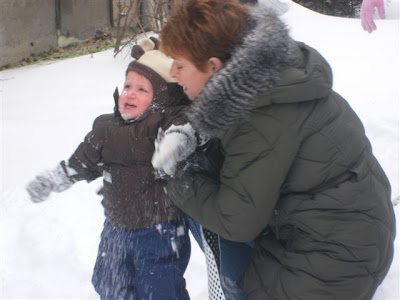 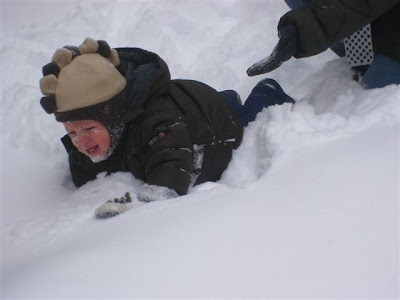 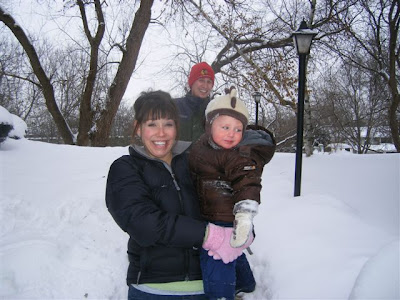 thank you again for the addition to my happy day..Harry, Ben and Sarah, what a wonderful family..Mr "new bump" will be a pleasant addition to you all...can hardly wait to see you as a foursome...our love, Jack and Bomma

So cute! Did he LOVE the brownies?