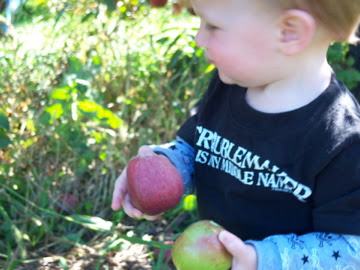 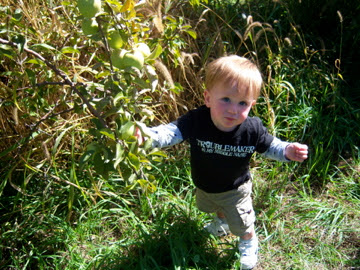 *Note: The title of this post is not meant to suggest that Harry is a drunk**
** Other Note: It is my contention that Johnny Appleseed was, in fact, a drunk. He made apple jack or whatever the whiskey you make from apples is called. Apple wine maybe? Or hard cider? Whatever-- the details (like whether Appleseed merely scattered seeds--like a drunk might-- or tended to nurseries-- like a conservationist, blah blah blah) are not important. Why else did he live like a nomad and wear his pot on his head? Because there were no lampshades on the open prairie. Also, why was everyone also so damn glad to see him? Because he brought the booze, duh.

But all of that has nothing to do with our apple picking adventure, which, of course, was alcohol free, damn it.

See, Ben's not technically climbing the tree (NOT ALLOWED at the place we patronized). He clearly has one foot on the ground. 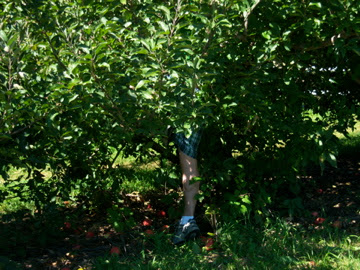 There's the tip of his hat-- I tried to get him jumping out of the tree, but I was not quick enough. 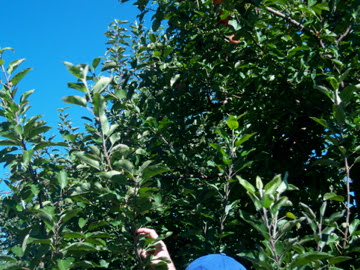 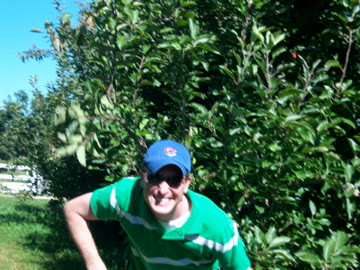 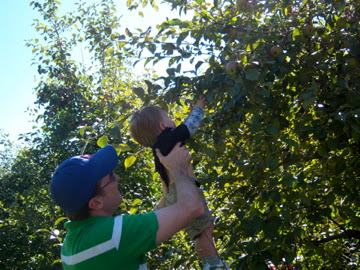 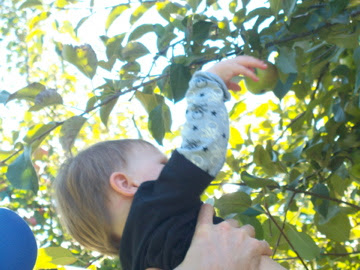 Which he promptly ate 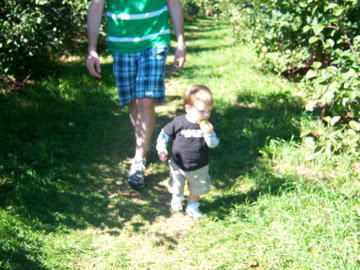 The obligatory pumpkin shot. Harry smashed a pumpkin with his foot in the process of climibng on this pumpkin-- he liked it-- squooshy 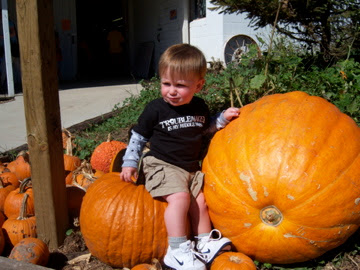 We've been waiting for new picutres and blog and it was well worth the wait...motherhood is wonderful, but messy, right?

So cute! I love his pirate shirt, where did you find it? We have an orchard near here, I wonder if Charlie would have fun. It would be a nice thing to do before we move to the land where there is no fall.

I also enjoyed the half-hearted nod to the no climbing rule. How lame a rule is that?

Ben looks great, too. Not a bit exhauted from the pregnancy!