Nesting, I am pretty sure.

We took advantage of the long weekend and breaks from Ben's 13+ hour work days to spend over 13 hours a day PAINTING THE BASEMENT and moving Cooper to the former toy room. Have I ever been this tired? MAYBE NOT.

Remember, the room was purple, full of toys, and sporting a vinyl floor.  WHICH IT STILL HAS because 1. PANDEMIC and 2. Cooper likes a flat space to build LEGO **shrug** 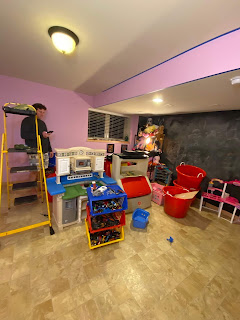 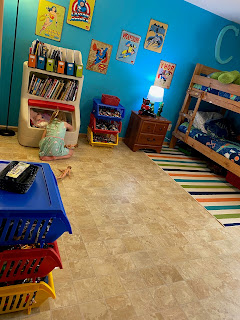 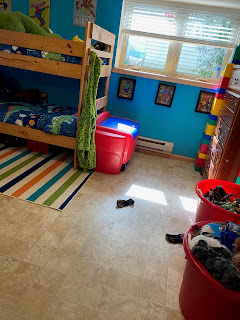 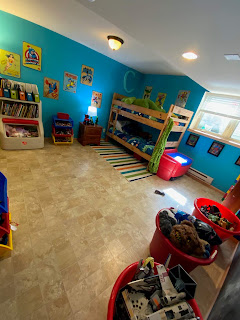 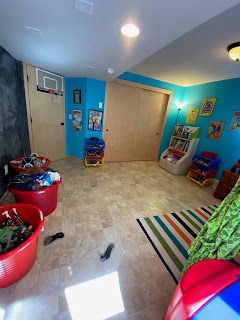 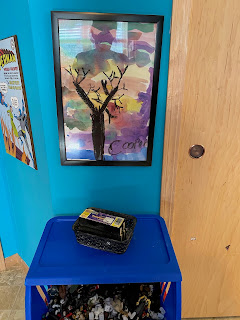 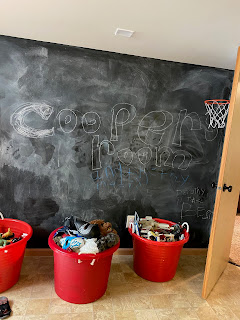 It's a YUGE room, so we kept a lot of communal toys, and all three younger kids have been playing in there TOGETHER which is amazing.

The second half of the project was painting the basement hallway and family room, which we have not done since we moved in NINE YEARS (what!) ago. We went with Sherwin Williams Grayish, and I completely love it, even though it is bluer underneath than I thought it would be. We might even slop it on the yellow walls upstairs because I NEED TO NOT HAVE YELLOW WALLS IN MY HOUSE. RIGHT NOW. 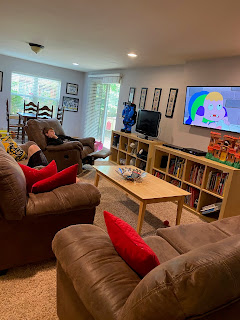 We made Dorothy a little play corner because we had to evict that ugly black shelf (which might not be the kind of shelf that adults have outside their closets, but what are you going to do? It looked fine up against a chalkboard wall), and Ben even hung up some kid are instead of his amazing sportsball memorabilia in the corner (ONLY IN THAT CORNER-- HE'S NOT INSANE). 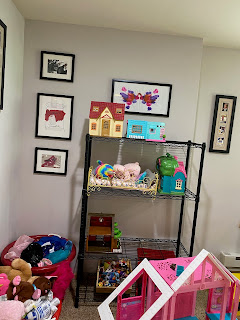 So much cleaner and neater! 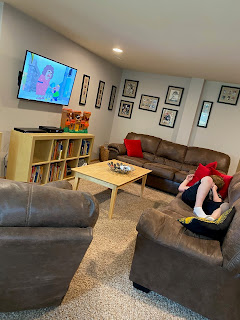 Buuuut, we had an extra IKEA shelf because Coop had one in his old room that didn't fit in his new room, so we decided to go ahead and junk up the hallways becasue we are drowning in CRAP. 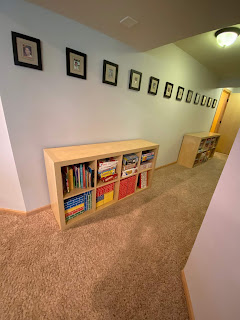 Seriously, though, I am thrilled with how it looks. Next up, Dorothy's room and the living room/upstairs hallway/stair well. But first, I have to do some serious fall course prep. GAH.

Completely random . . . I love your posts. Even when you probably
think the are a shit-show, they give me hope. I was never meant to be a parent. As I see you and Ben figure out how to guide your kids to be kind, compassionate, smart individuals - I am amazed at your patience and creativity. We are currently living in a white-privileged-all-the-advantages normal, and it can easily collapse into a white-guilt-parade. I just wanted to let you know that I see you. I recognize that you are raising little humans to have an impact on the world. And I thank you.