I was SO CRABBY yesterday even though I had a nice birthday and really except for going lout for dinner-- and/or maybe a girls' lunch-- I wouldn't have wanted to do anything differently.

Jon sent me THE BEST hammock, and I did almost finish my book in it.  I also found a pair of non-maternity shorts that fit fine and probably will continue to fit fine, so that increased what I am calling my maternity capsule wardrobe (LOLOLOL) by like 30 percent.

Our neighbors drew chalk greetings on the sidewalk.

A friend dropped off a cake.

We had takeout pizza!! Our first takeout in more than 60 days!

The boys and I took a long walk by the lake while Dorothy stayed home to ride bikes with her next door neighbor (nether family has been freaking anywhere in 60 days and has no plans to be, so I think it's OK if the kids play outside from a distance. Harry also has a friend like this down the street. They hang out near each other (across the street) or ride bikes. The issue is that Harry has a larger group of friends in the hood who have been hanging out this whole time and who have at least one parent working elsewhere and do not social distance. We won't let him hang out with those friends at all, and it/s making him the odd kid out. And! His social distance friend DOES go on long bike rides with that group, so Harry may not be able to hang with him much longer, and it's getting hard to navigate).

Ben and I started the new season of  Dead to Me after the kids went to bed and hung out with Jon and Caleb for a little while.

I got amazing gifts, including a subscription to the Book of the Month Club, which is such a treat for me because I NEVER buy books (although I have nought 4 recently because the library was closed. But now! CURBSIDE PICK UP, and they don't even want to think about getting stuff back until JULY!!!!) and my old favorite nail polish, since it looks like home pedicures are officially here to stay.

We had breakfast cake, lunch cake thanks to a friend, and dinner cookie cake. And the leftovers of all of these are texting my healthy habits theme ALREADY.

The kids made the best signs and cards.

You would think I had nothing to complain about.  And yet. 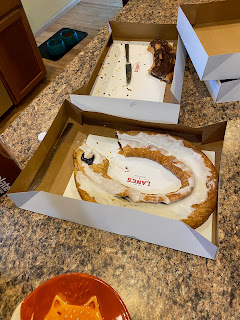 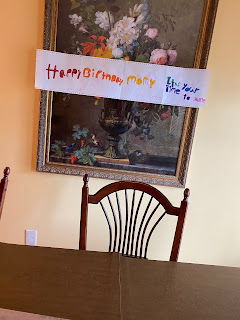 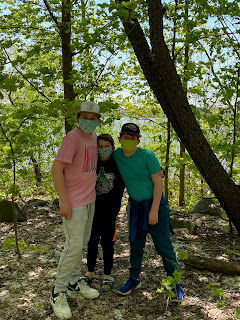 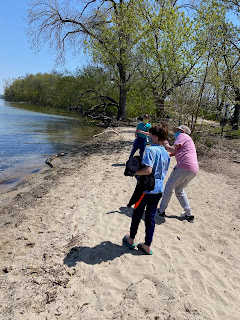 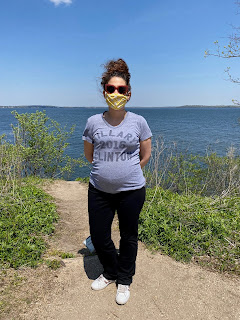 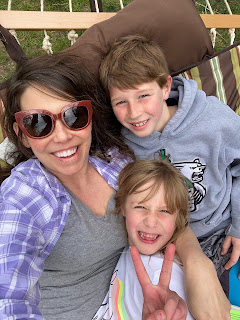 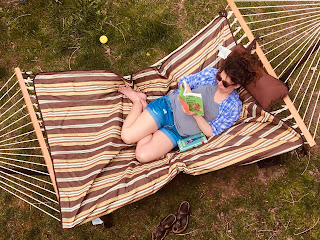 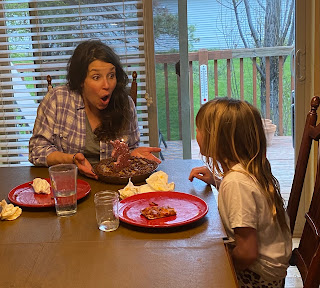 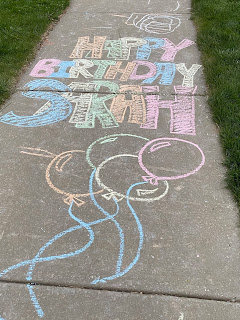 Happy birthday!!! I can’t wait to hear your thoughts on the BOTM club. My library is still closed and I went a little nutty on Amazon last month :/
We’re really struggling with the neighbor friend thing too. We have hospital workers not adhering to social distancing, no masks, and one of Syd’s friend is having SLEEPOVERS. It’s tough to be the hard ass family. I’m pretty confident that this is actually the scariest time though, so you’re smart to stay vigilant.