This picture of Jack writing thank you notes on his birthday morning pretty much sums him, up.  He's the best. 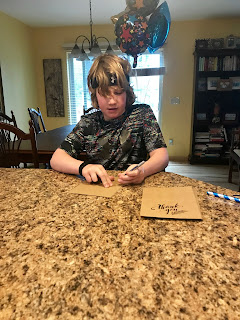 Not only is Jack officially a TWEEN, but he is in his last year of elementary school, so we have reached a particularly poignant milestone:  THE LAST SCHOOL BIRTHDAY TREAT. **sob**

He wanted vanilla frosted cupcakes with chipped cream filling and Star Wars rings.  AND HE GOT THEM. 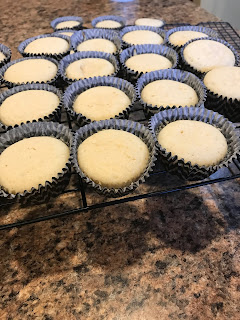 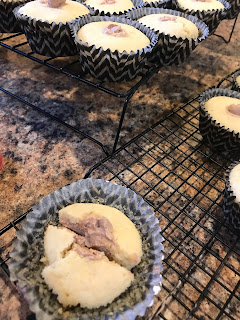 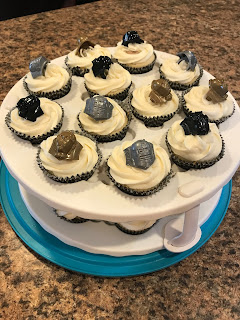 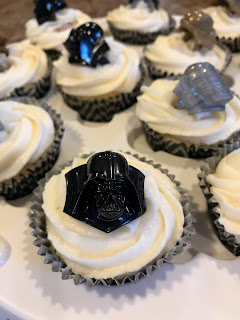 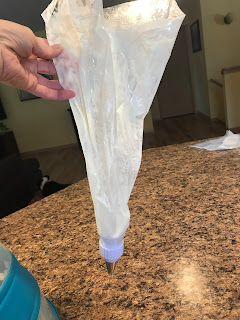 He also wanted an Oreo cheesecake, which was easy to make thanks to my spring from pan, which I have never used before and am in love with 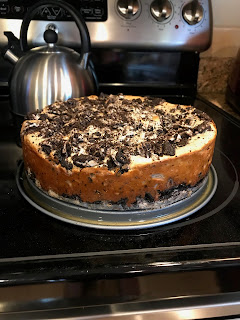 On Jack's birthday eve, he really wanted to play bar trivia, SO WE DID, and we got 4th place.  The kids are actually really good at bar trivia, and we found a place by our house that plays lightening league trivia--only half a song for each question, and it's over by 8.  Can we say FAMILY DATE NIGHT?!! 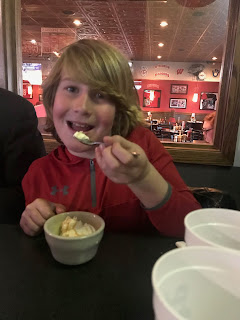 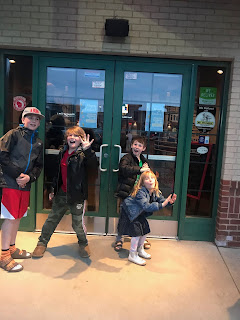 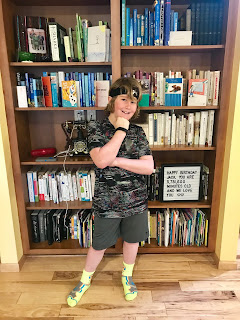 I seriously love our fun birthday mornings, part of the joy of a big family. 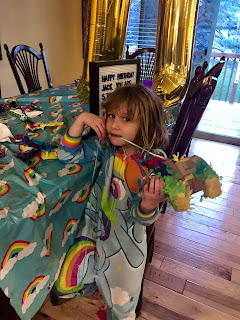 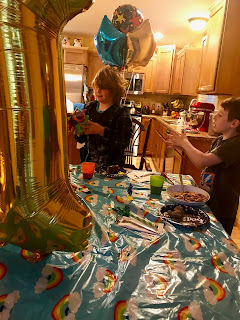 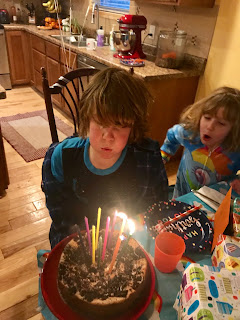 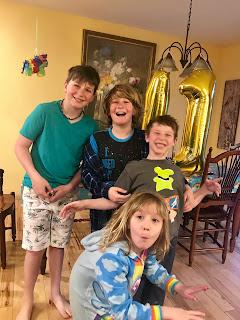 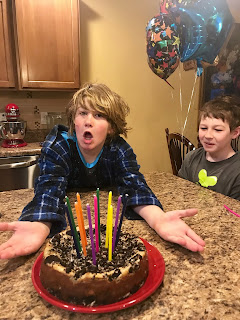 This was cuter than it photographed, especially the teeny pinata above Jack's chair. 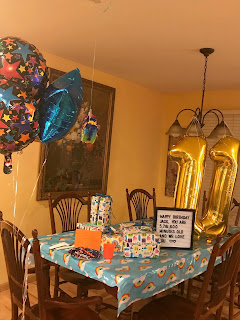 After school, he went to Target and Dick's to spend gift cards, always a great time (and he still has a card and cash for Barnes and Noble, but I could not take the other kids there without getting mauled for books, and I can never pass up books, so Ben is taking him after baseball because GAH). 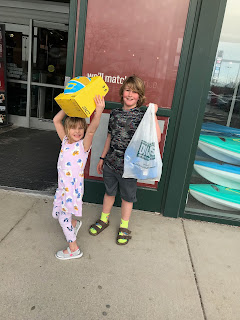 He bought a new Pop Socket at target because he is, after all, a tween.  Also we had breakfast for birthday dinner YAY! 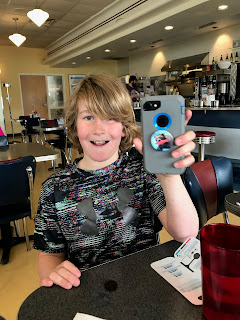 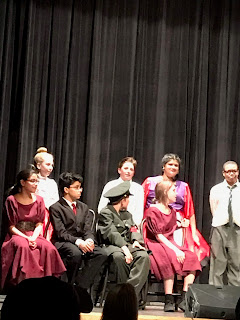 So, he had his awesome birthday party last weekend, and he's still at the age where his friends are sweet and adorable.  Ben got all the kids hooked on golf, and when Tiger won, they had a celebratory dip in the pool.  They also spent a ton of time being all bro-y in the hot tub.  So cute! 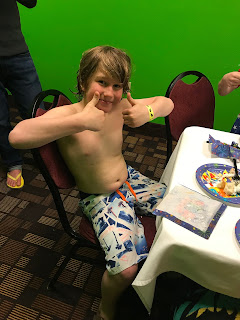 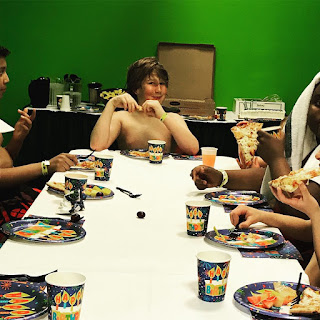 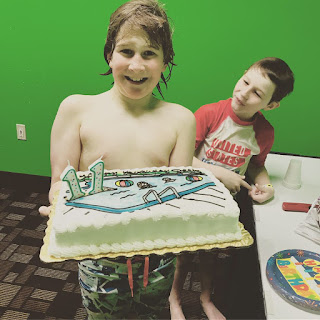 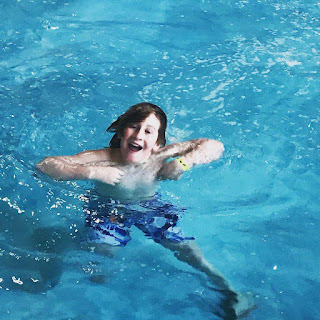 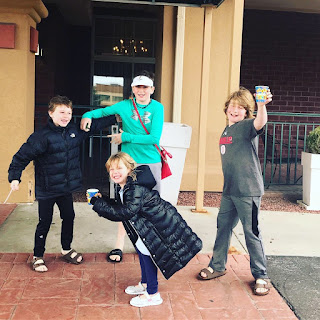 I want to celebrate all my birthdays at your house. And with an Oreo cheesecake!