The bad news?  In his car seat.

Right now, he has been asleep for 2 hours in his car seat.  After some unsuccessful nap attempts, Ben took him on a 2 minute drive and brought him inside to our room where he has remained asleep despite the chaos of his brothers.

Without the car seat, he doesn't nap at all and gets little purple circles under his eyes, the poor baby.

How do we change this habit and get the baby to nap in his crib?  Neither H nor J was a car sleeper, so this is weird to me.  Can he nap in a car seat until kindergarten?  Should I care?  What do you think? 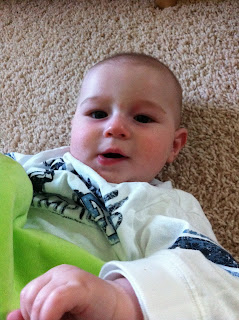 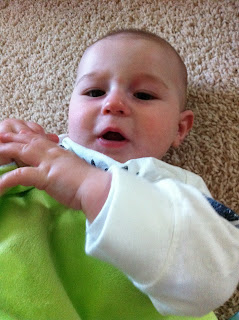 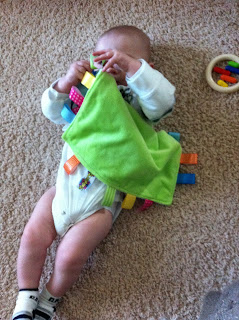 Ugh, napping is so confusing. I'm sorry it's a struggle right now. I think things settled down for us around six months. We've always had good car nappers. When they're a little bit older they transfer well too! It's the best!

all of your posts are pointing out to me that I really don't remember how to deal with little babies anymore - good news for June, lol. I have no advice, but I remember when my Jack was a baby he went through a phase where he wouldn't nap in his crib, but if I left him alone he would fall asleep in the middle of the living room floor. Even if Izzy and I were playing around him. So weird, but that was the only way to get him to nap for about a month and then he grew out of it. I say if the car seat works stick with it for now - it all changes soon enough!

One note about car seat naps---I had a friend who let her son sleep in the car seat all the time because it was the only place he would sleep. He ended up needing to get one of those helmets to reshape his head, but they never got the helmet, and now he head is permanently misshapen. He is 3 and he has to wear adult-sized hats. Not the end of the world, but also something to consider.