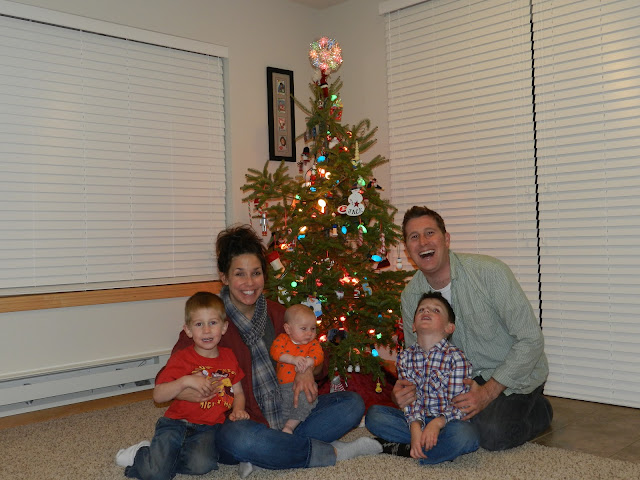 Sometimes I am pretty sure that I gave birth to puppies. 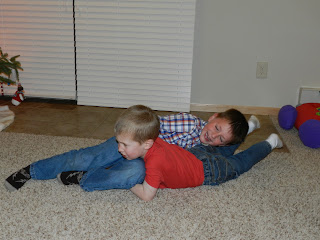 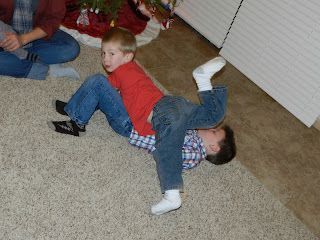 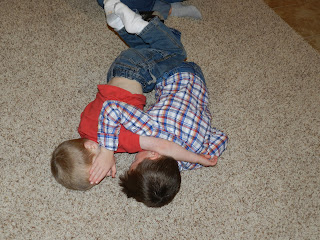 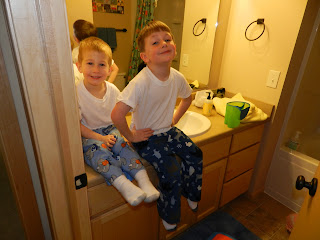 And the new one?  Look at him staring at the big boys: 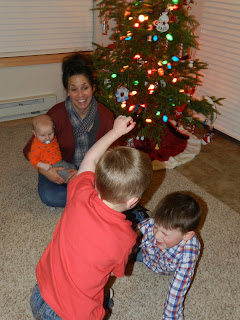 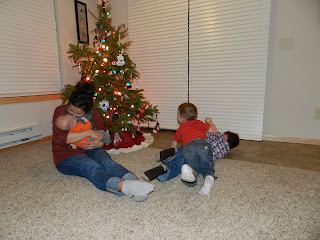 Cooper and I had a nurse-in today compete with some pretty gross Mother's Milk tea from Whole Foods (which?  was out of all of my favorite salsas, so I got taco dip instead, which was heavenly but is not a good sub for salsa from a nutrition standpoint, you know?).  We still had 2 times when it seemed like he wanted more milk than I I had available (at noon and at 4:30), but a better day for sure.

I am going to have to be more diligent about wearing him during the day because he sleeps so well he's getting a bit of a flat spot on the back of his head.  He's like baby Harry and only wants to sleep perfectly flat-- I have started sneaking in to move his head before I go to sleep.

Our nurse-a-palooza made me nostalgic for the newborn days when I logged so many couch hours I actually bot bored of daytime TV.  Ah, memories.