We're making progress (slow, slow, sleepy) progress on the swaddle.  I went to bed at 8:05 last night (because I am awesome), and Cooper woke up 3 to 5 times between then and 2 am.  I went in his room and shoved his pacifier back in his face for 6 hours, and then I figured he was probably hungry by 2 because he seemed serious about waking up then-- the other times, he was just complaining with his eyes shut, so he joined me in bed until 7.  He woke us both up every 20 minutes or so by startling.  It was dreamy.  Tonight, I might help him find his fingers/thumb/fist instead of his paci and I think I am going to turn the monitor volume down a teeny bit-- maybe I don't need to go in at every prolonged grunt.

I am usually not a sleep trainer, and I always follow the baby's lead, but in the case of the swaddle, I think he needs to ditch it. It's not good for him to sleep perfectly still in one position (which is why we got him out of his Rock n Pay cradle, which was amazing while it lasted). When he's in a sleep sack or the bottom half of a Swaddle Me, he rolls from side to side (not quite over, but almost) and scootches all over the crib. I often find him at a different end of the mattress than the one he started the night at-- and all of this is good for his development, you know?

Our creepy freaking shelf elf went home today, and before he returned to the North Pole, he left us a big bag of Christmas Eve presents-- jammies for the whole fam, a 2011 ornament with all of our names on it, the entire Star Wars saga on blue ray (which the little dorks are already watching), and a no-bake gingerbread kit (which the little dorks have already made.)
In honor of Toofy's departure, here are his greatest hiding spots this season: 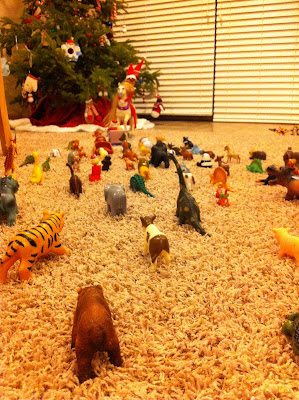 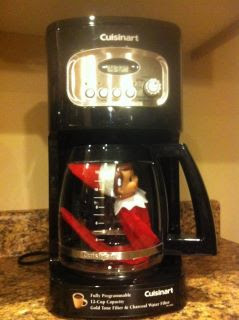 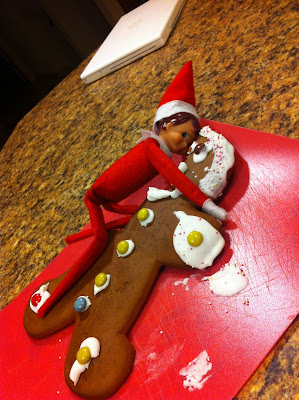 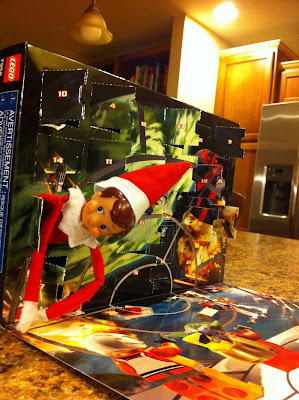 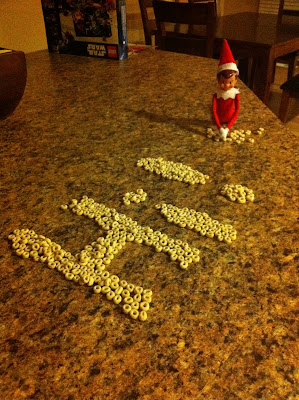 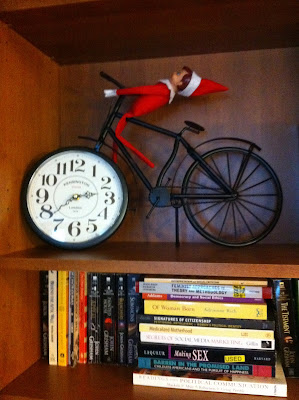 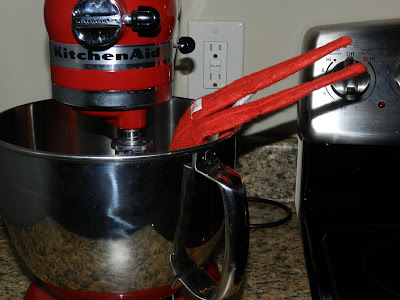 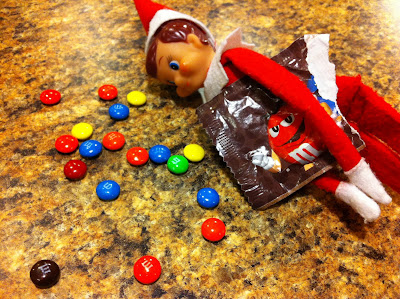 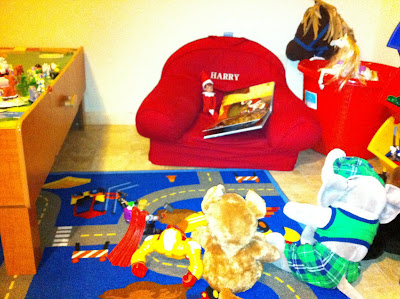 I love him getting all frisky with the gingerbread lady! The facial expression takes on a whole new meaning...