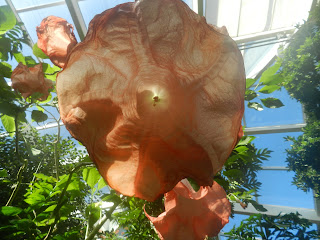 We had an unexpectedly lovely time today.  Instead of hanging around the house in our pajamas until we turned on each other from boredom, we were dressed and out of the house by 10:35.  Unfortunately we only got as far as the Starbucks drive thru line before the kids started screaming that they were hungry. Instead of stuffing them full of chocolate milk and pastries, we got out of line and drove across the street to Jack's favorite restaurant in the world Panera.  Cooper slept the whole time, and Harry and Jack were reasonbly well behaved.  Coop woke up at the end of the meal, but he agreeably allowed himself to be loaded into the car, and we drove a cheery, XM-radio-Christmas-station-filled 20 minutes to the Holiday Express model train exhibit at the local botanical gardens.

We had heard good things about this exhibit, but we've never been.  I was surprised that it was just a tiny little room filled with bird houses, train tracks, and poinsettias with 2 model trains zooming around.  The boys, though, were thrilled and happily stood at the fence screaming joyously at the trains for half an hour.  Whatev.  Kids are weird. 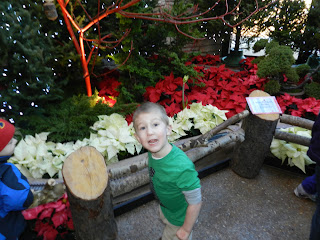 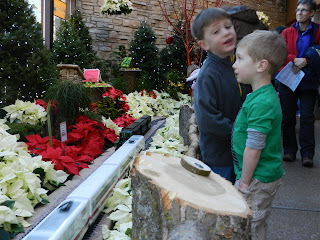 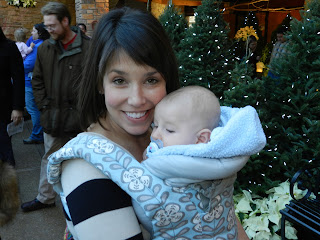 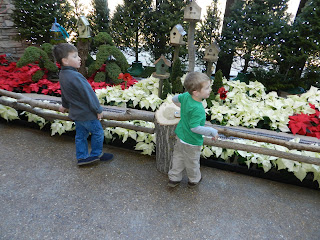 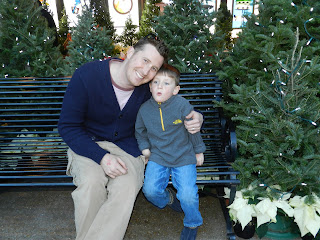 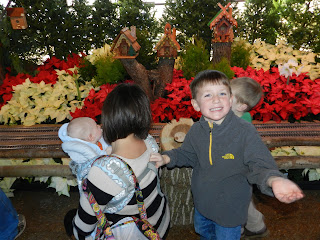 After the kids had their fill of yelling"Where's the train? Here comes the train!  Woot!" we wandered through the conservatory.  I have GOT to remember to go to that place this winter when I am sick of being so damn cold.  Our camera fogged up-- that's how deliciously muggy it was. 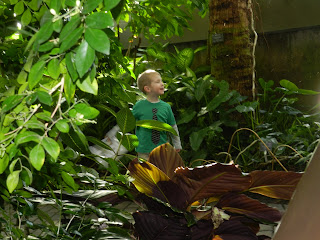 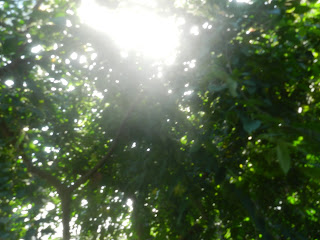 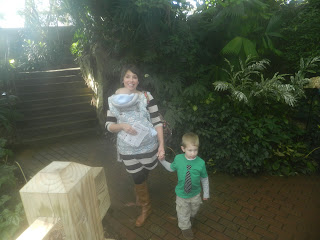 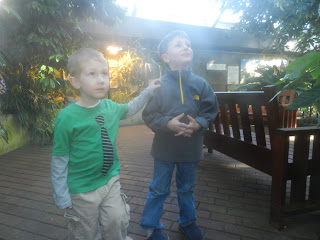 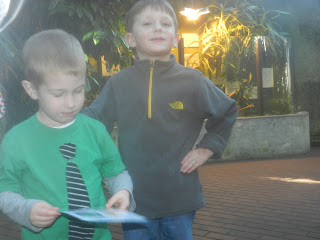 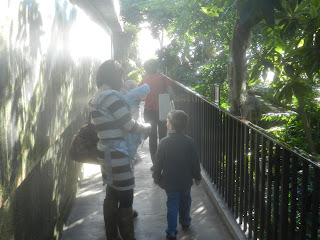 The lady in the red shirt was a tour guide, and she helped us find a couple items on our scavenger hunt list-- the cacao tree which Harry knew all about.  She asked him how he knew so much, and he said, "Well, you know, I HAVE seen Dora."  Jack, by the way, was way disappointed in the chicle tree. It does not, in fact, look like a gumball.

What a nice day!! It's always so nice to be too hot in the winter, don't you think?