Even if I weren't too tired to blog, I have nothing exciting to say.

You know me-- I do things waaaay early, so my spring semester has been prepped since early December. There's no scramble to speak of. We've been biding our time waiting for the semester to start. Today, we spent our morning sitting in tiny chairs in Harry and Jack's classrooms for parent-teacher conferences, which were ADORABLE, especially since Jack will be with his teachers on a 3-year loop before kindergarten, and they are assembling a portfolio of his "work" (they would never use quotation marks, but I so would because he is 2-- his work is tie-dyeing a coffee filter and gluing rice to a piece of construction paper and cutting with safety scissor. When he cuts with safety scissors, BTW, he makes this face of extreme, grave concentration that is out-of-this-world cute) that will run from now until the big K. Can you imagine how weepy it will make us when our ittle bitty baby is starting kindergarten and we are presented with his preschool portfolio?

In Jack news, he has decided he wants to be a doctor when he grows up, the kind who "fixes hearts." Sweet.

Harry has abandoned his dream of being a stay-at-home-dad because a worker at the childwatch at our gym old him if he is a SAH parent, he'd have to clean the house and do all the laundry. Harry said, "No I wouldn't. I'd have a wife," which totally freaked me out because Ben and I are like the model of a partnership, so where did he GET that notion? And here I thought his career choice was all kinds of progressive. He has modified his life's ambition after that conversation and now plans to be a singer in a band. In case you were wondering.

Today, Jack did that thing he does sometimes when he is really tired. One minute, he was chatting and whining at us, and the next minute he was passed out cold: 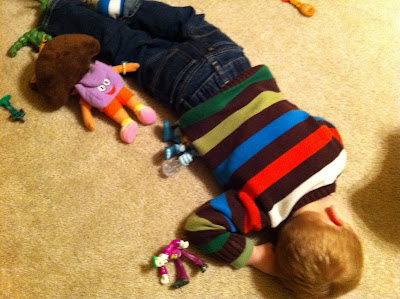 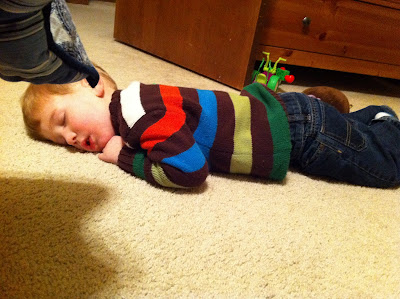 We spent Saturday celebrating Lucy's third birthday and had tons of fun. I don't really have any pictures to post because besides Harry, jack, Max, Lucy, and Jacob, there were always other kids in my pictures, and who knows if their parents want them on the internet.

Julie and I did grab Jacob and tear off his socks so we could marvel at his teeny fat feet-- so cute. 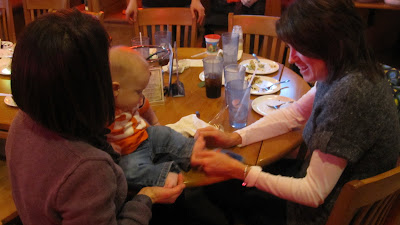 When I uploaded phone pictures, I noticed that Jack and I have taken quite a few selfies lately (further evidence of my riveting life) 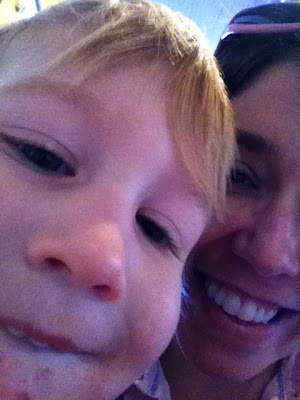 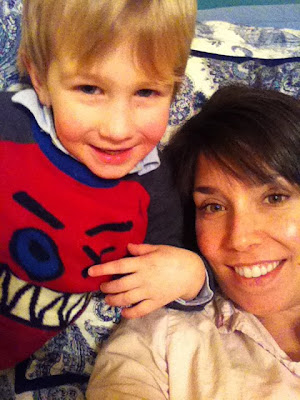 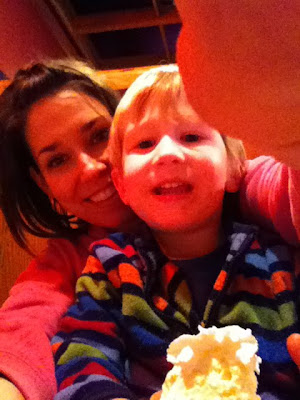 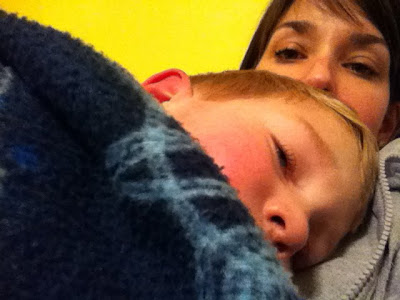 So. Yeah. The lunches are packed. I picked out my clothes. My backpack is ready. It's almost 9, which means it's almost a respectable bedtime for a non-preschooler. That's all I got.
Posted by Sarah at 8:36 PM

I love preschool art!! A portfolio! Adorable. Charlie brought home a diorama of a teepee the other day.

Now I have to go get lunches made and pick out my clothes too!

thank you for my kid fix...it always makes me so happy...I'm a real lurker I guess...Hope Ben likes his job...Bomma

We enjoyed seeing all of you guys so much! Those boys are even cuter in person if anyone could believe that!They are a wonderful combination of both of you and Ben. Hope you get the rest you need this week!

The wonder of toddler farts, now in writing!

nothing more fun that selfies w/ the kiddos!

that preschool portfolio is going to be a massive tear-fest! How sweet is that?!