He sees you when you're sleeping 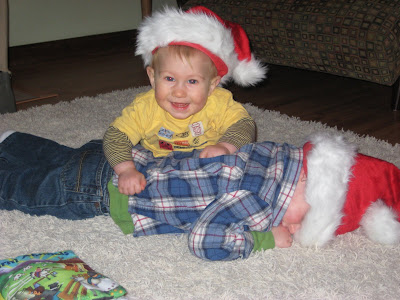 Poor Harry. He has recently dropped his nap which sucks as much as you might think. Some days, he snuggles up with me on the couch and drifts off (because I haven't dropped my nap), but some days he doesn't. By dinner, he falls apart or falls asleep somewhere odd. 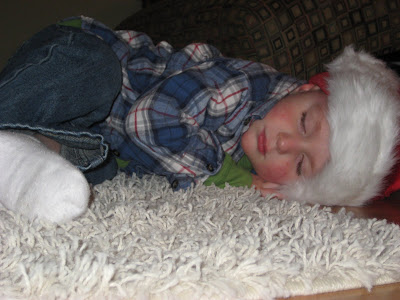 One minute, he and Jack were playing, the next minute, he was really, truly asleep. 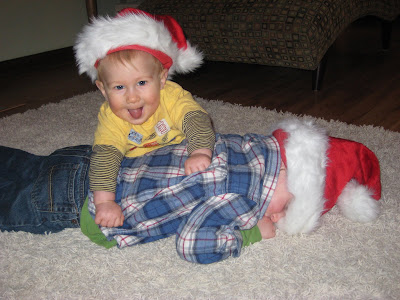 This picture was almost our Chrismukkah card, but a cannibal Santa joke is hard to make in the one pithy line that most Shutterfly templates allot. 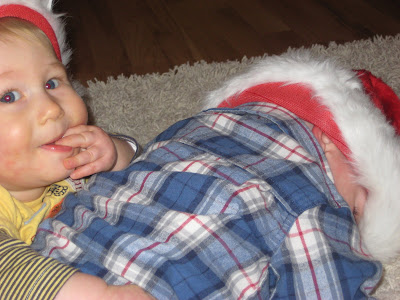 Way to go Jack! Way to tackle your sleeping brother!

Jack looks so cute! This is really funny, and would make a great card.

what wonderful memories for the family to have these pictures of the boys...Bomma

Jack is hilarious in that last picture! I could probably nap on that rug.