This is Baby Alligator, the toy Harry has finally decided to play Daddy to-- an odd choice, to be sure, as he has other toys that are more human like and cuddly. In any case, Baby A wears a diaper, an undershirt, socks, and mittens. He is also frequently aggressively swaddled in one of Jack's blankets, and he enjoys Jack's bouncey chair, both Pack n Plays, Jack's car seat and ACCOMPANYING US EVERYWHERE, which is not annoying at all-- I love to chase mittens and socks all over the mall because they don't fit on Baby A's weird hands and feet. But then Harry will feed him some bup and burp Baby A, which I gotta admit is pretty precious, and I'll waste a little more of my life looking for a hat to perch on top of his head, as opposed to one that would have to go over his face. 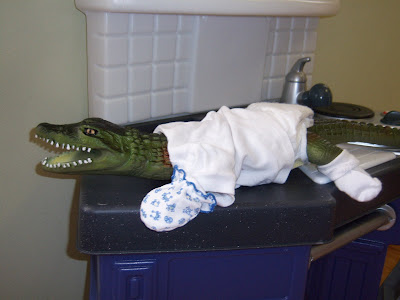 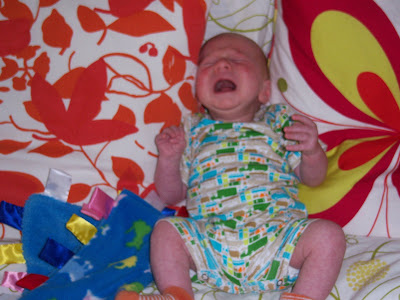 Here's Harry collapsing wit exhaustion after terrorizing the mall play land. I used to shield baby Harry from "that kid." Now he is that kid-- dirty Crocs, unclipped fingernails and all. We're hitting the mall playground after nap because it's rainy here and because Bath and Body Works has shower gel and lotion for $3. $3!!! I don't even need that stuff right now, but think of the money I'll save. Wait a minute... 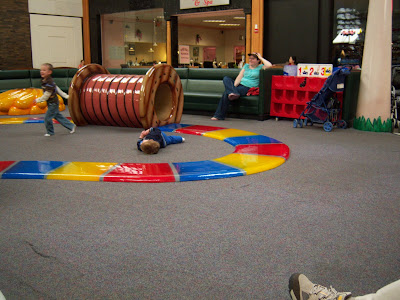 Subdued by the swaddle 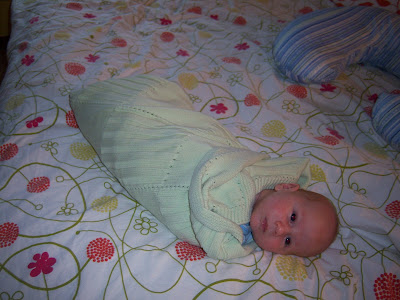 He's so cute when he sleeps. In kind of dangerous places. Oops. 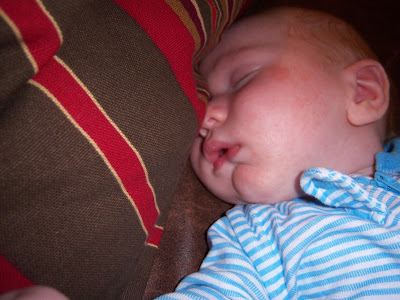 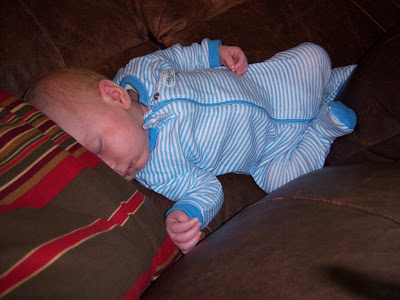 Look at all the cheese-- cream and figurative. 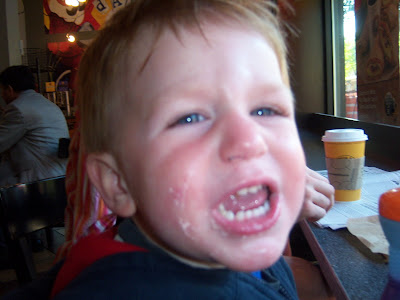 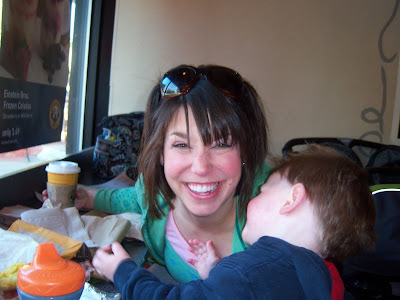 Jack and Harry at the farmers' market. Harry made such a mess with the cow cookie (shaped like a cow, not frosted beef) that passers by pointed and laughed at him. 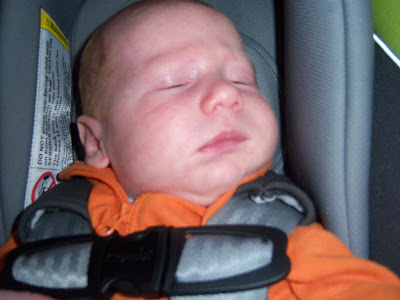 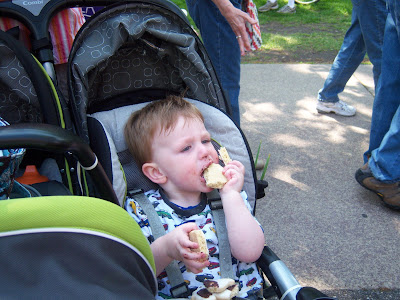 Oh, Jack. I don't even know what to say. I'm tired. Another post for another day, I guess. 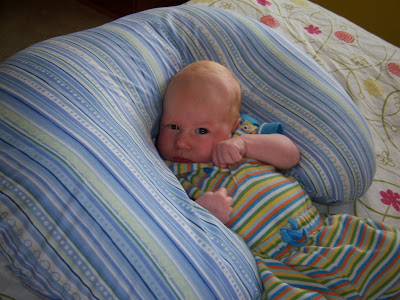 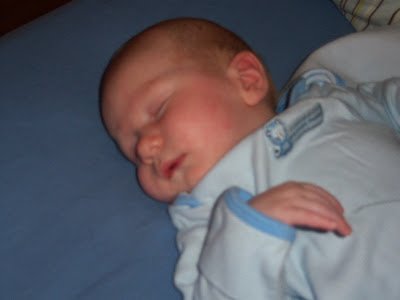 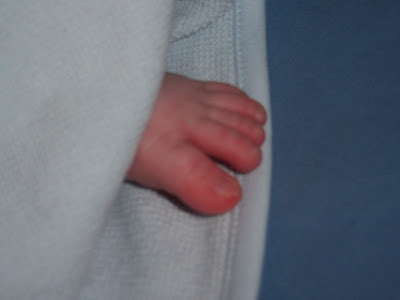 thank you..I've been waiting for your next entry and pictures..Jack looks cuter all the time, and Harry does have an active imagination for his baby...our love Boomma

Great pictures! What a sweet family. I love Baby A. I hope Charlie finds something like that too. Right now he just plays with the eyes of whatever doll I show him. Makes me a little nervous.

Two words for you: Frosted Beef.

You crack me up.

Jackie is so cute! I can't wait to see you guys!